Our weather window to make it offshore this President's Day weekend was very small...the forecast for Saturday grew increasingly unattractive as the week progressed, causing Brian to push back to our Sunday weather date as early as Thursday.  The temperatures were forecast to be below freezing all day on Sunday, adding yet another layer of difficulty in the form of freezing spray on our way to the ocean... Then Monday had south winds coming on in force too early in the day to make it work!  We made it on Sunday though, and were rewarded with incredible sharp temperature breaks of almost 20 degrees offshore, full of birds, plus sea smoke rising on the horizon visible from miles away!  Sea smoke, for those who have never experienced it, is a phenomenon produced by warm water temperatures and cold air temperatures.  We typically will find it over Gulf Stream waters on cold winter days off of Hatteras.  (photo below by Lev Frid) 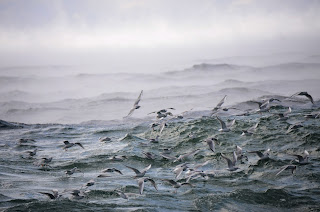 Razorbills were flying by just outside of Hatteras Inlet, everyone was excited to get glimpses of our first alcids of the day!  We had a couple of flyby Dovekies after 1200, nice for those participants who were in place to see them, and by the end of the day Razorbills were just sitting on the water for approach!  (photo below by Amanda Guercio) 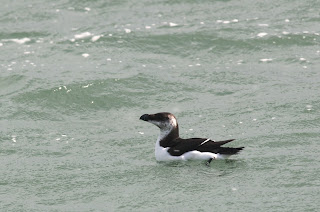 It is amazing that just last weekend we were struggling to get a good look at a Razorbill while Northern Fulmars were buzzing the stern - what a difference a week makes! While we did find some fulmars in the afternoon, they were all traveling, none were attracted to our chum like the individuals we encountered on last weekend's trip.  (photo below by Peter Flood) 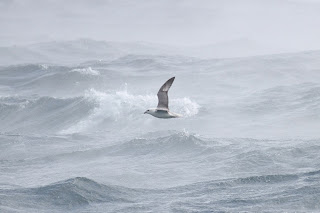 Both white winged gulls visited us over the course of the day with two Iceland Gulls right off the bat in the morning and a gorgeous first cycle Glaucous Gull out on the temperature break offshore.  (photo by Amanda Guercio) 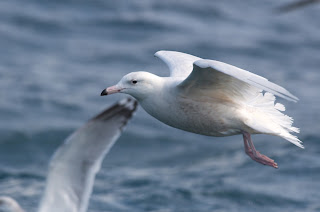 A young Little Gull was also cooperative enough to allow a fairly close approach early in the afternoon as it fed along the change with some Bonaparte's Gulls.  We thought we might be able to find another before the day was over, with over a thousand Bonaparte's Gulls lined up along the temperature break, but we had no more luck.  (photo below by Peter Flood) 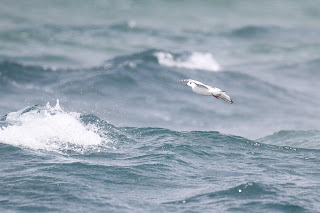 Our gull and gannet flock was impressive and at times numbered in the hundreds! Unfortunately, the Great Skua that Brian spotted after 3 in the afternoon was not impressed and simply flew by at a distance with some other destination in sight.  This bird was south of Diamond Shoals, and while it was a little tough to see, it was visible naked eye from the boat.  (photos by Peter Flood) 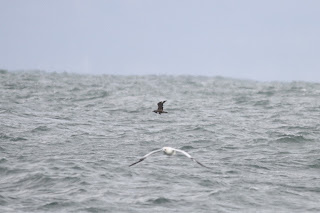 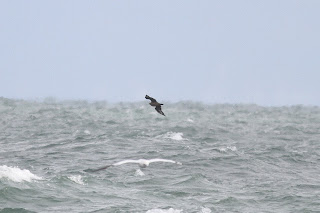 This is the tenth consecutive year we have seen Great Skua aboard the Stormy Petrel II from Hatteras!  Some years we have seen them on as many as five trips, this was an excellent sighting...what a way to end the day!  We would like to thank everyone who came offshore with us this weekend and a big thank you also to Lev Frid and Peter Flood for traveling all the way to Hatteras to help us lead the trip!  Amanda Guercio also helped us as a spotter and all three of them kindly contributed photos for this post.

Species of note are listed below, a more complete list of birds we saw offshore is on eBird under the Hatteras Winter Pelagic hotspot - please let me know if you would like me to share this list with you (Kate Sutherland cahow1101@gmail.com).

Northern Fulmar (by Peter Flood) - a few of these individuals made fairly close passes by the boat! 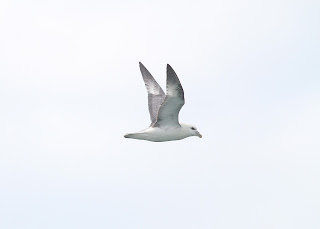 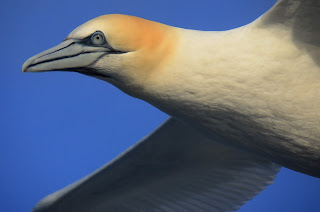 A couple of Red Phalaropes, these birds allowed us to get quite close to them when they were feeding with Bonaparte's Gulls along the temperature break!  (by Kate Sutherland) 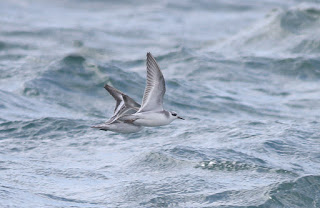 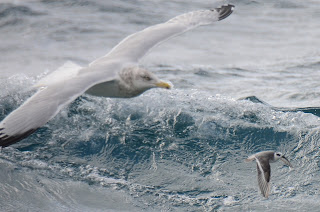 This gull was with us for hours behind the boat, it looked to be a darker Kumlien's Gull (by Kate Sutherland). 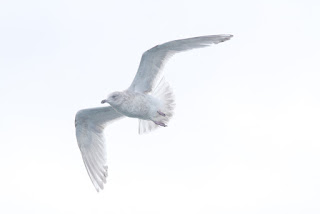 Lesser Black-backed Gulls were quite numerous all day on Sunday!  Our count of 60 is likely conservative.  It is always nice to have time to study all age classes of this striking gull!  (by Kate Sutherland) 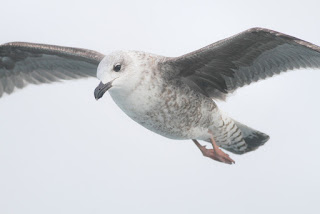 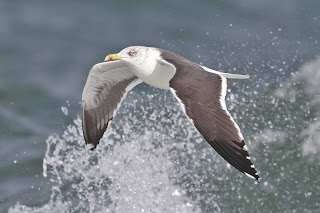 This Razorbill was flying in the gull flock behind the boat!  (by Kate Sutherland) 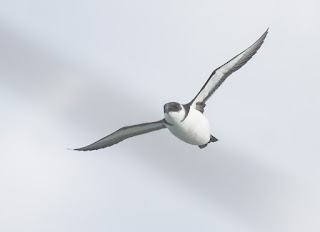 Photographers aboard on Sunday were treated to many opportunities to capture these sometimes shy alcids!  (by Kate Sutherland) 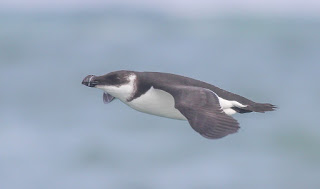 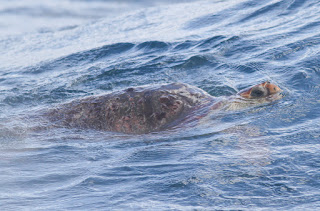 Posted by Kate Sutherland at 5:49 AM