It was good to get back out to the deep after a four-week hiatus. June is a fine month for pelagic birding but historically it’s been a tough time to fill boats after the first week or so. Therefore we gave it a break and I ran just fishing charters for a while.

Early July is not typically a time of high diversity, but we usually see decent numbers of the regular birds and it’s often better than August for Leach’s Storm-Petrel. The odds for Leach’s go up with onshore winds and that’s what we had last week. After a short stop to look at some Atlantic Spotted Dolphin on Friday morning, we ran right out to the deep and within minutes we had seen our first Leach’s. The wind was light on Friday, but that didn’t prevent the storm-petrels from finding our slick.  It took a little while for them to gather, but we had great looks at all three species feeding together, and it was one of the best July trips ever for Leach’s (pictured below with a Great Shearwater). 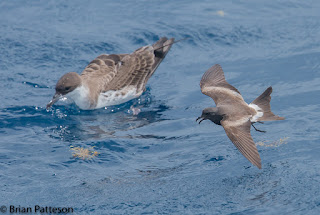 Shearwaters were in low numbers, but we got the expected four taxa, counting Scopoli’s (photo by Kate Sutherland). 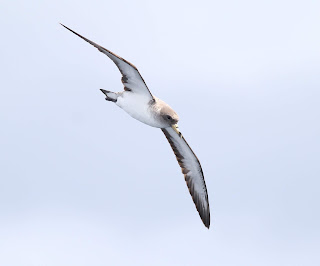 Scopoli’s Shearwater counts as a species across the pond, and the AOU is supposed to vote on the split from Cory’s later this year. I think we are getting dialed in on the ID, but it’s not always straightforward between male Scopoli’s and female Cory’s. It looks as though some Scopoli’s can have a darker underwing than was previously supposed. It’s nice to see them when we have Great Shearwaters around for size comparison, and both species like to feed in the slick. Three Manx Shearwaters right outside Hatteras Inlet were a surprise on Saturday morning. We were just across the bar when they flew by together! Audubon’s Shearwaters were in much lower numbers than a month ago, despite plenty of Sargassum offshore.

Perhaps the southerly winds on Thursday and Friday brought us some Sooty Terns (photo by Kate Sutherland). 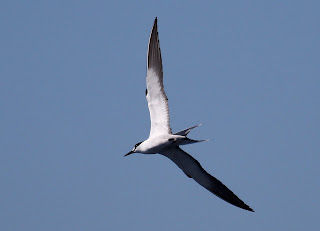 It was nice to see them, and we got really close looks at the last one. We probably saw a Bridled Tern on Friday, but it never got close enough for a good look. Black-capped Petrels made a fair showing each day, with great looks each day. Perhaps there would have been more if the winds had not been so light for days preceding the trips. We did get some wind on Saturday and it got pretty sporty by the afternoon. We also got some rain, which was a big hindrance to photography, and naturally the birds came quite close to the boat in the dim light! We had just gotten clear of some showers midday on Saturday when a Fea’s Petrel came to see us. 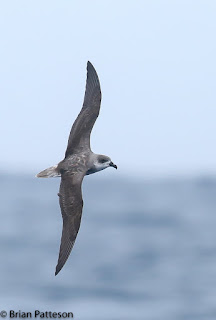 It made a couple of nice passes and gave everyone a chance for good looks and photos before continuing on its way. That was our reward for sticking with it in the rain, and a good reminder that it often pays to go on back to back trips!

I would like to thank Kate Sutherland and Jeff Lemons for their help leading these trips.

All photos today are by Brian & Kate - it was nice for Brian to get out there and take some pictures this weekend!  Following is a nice collection from the two days!  -Kate

A couple more Fea's Petrel images, top by me and bottom by Brian 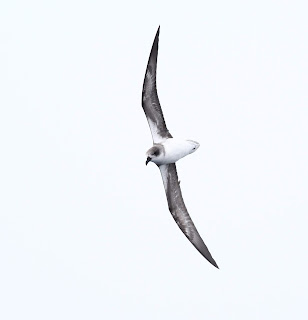 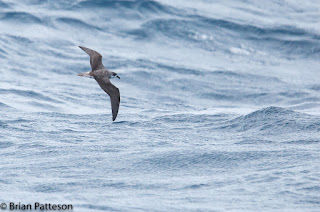 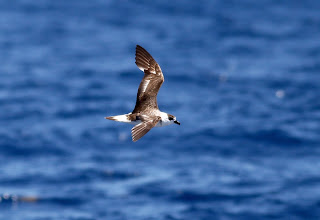 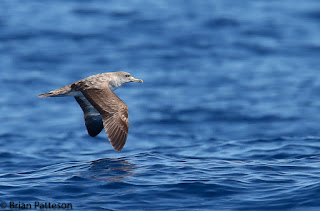 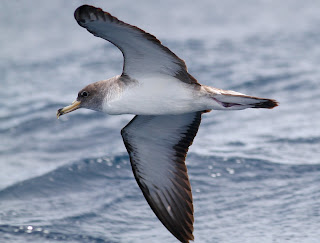 The Great Shearwaters were much more attentive to the slick on Saturday, sometimes they were too close for photos! 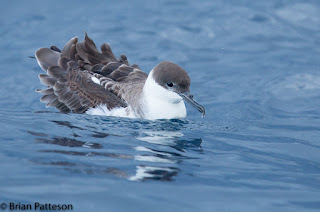 Leach's Storm-Petrels definitely stole the show!  They were around in good numbers and made some incredibly close passes on both trips.  These birds were in varying states of wear, some even had square looking tails due to their tail feathers being so worn down!  A nice comparison of a Leach's (bottom) and Wilson's Storm-Petrel.  And another photo of the Leach's we had feeding on the chum at the end of the trip on Saturday!  What a treat (for it and for us!!)! 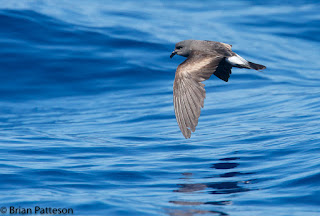 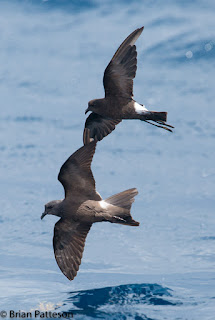 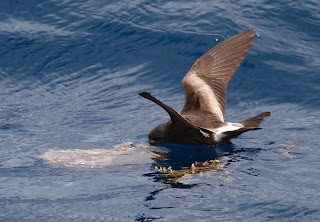 Most of the Band-rumpeds we saw were not nearly as cooperative as the Leach's, but we did have some nice views each day. (K Sutherland) 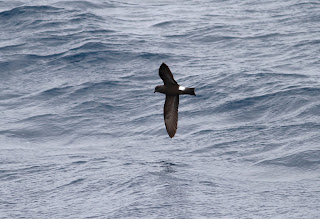 Our Common Tern flew around in the rain with us for a bit, then took a rest up on the bow! 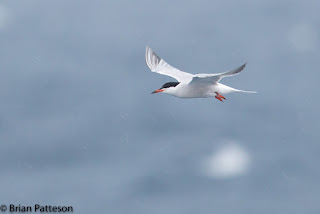 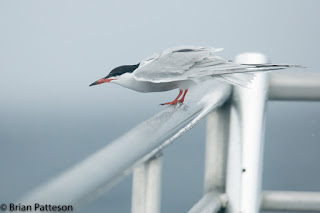 We did not see any Gervais Beaked Whales all spring, but we had two on Friday!  It was nice to see them!  They were a bit far for photos, but captured a few images of them, so here is one where you can see both individuals. 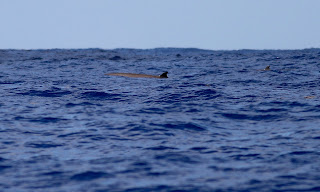 We had a very playful pod of offshore Bottlenose Dolphins on Friday!  We spent some time with them hoping their activity might attract something different like a tropicbird, but nothing turned up. 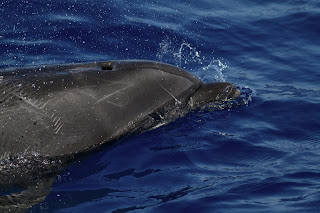 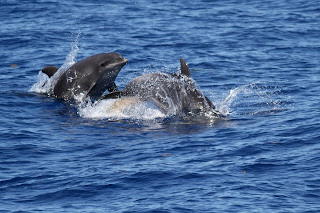 To finish it off a couple of flyingfish pictures.  These two trips were like night and day, you can see how calm the water was on Friday!  On Saturday these fish were really catching some air in the stiff breeze, not the easiest conditions for flyingfish photography!  Top is a purple bandwing and pictured below is a smurf, the generic name for some of the very small, brilliant blue individuals we encounter out there. 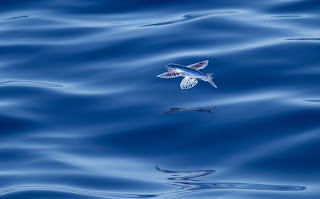 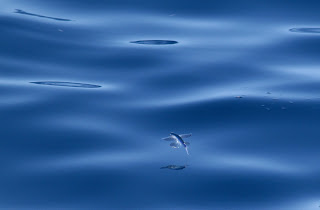 Posted by Kate Sutherland at 9:56 PM