We decided to go a little farther offshore this morning before slowing down since it still looked like we had eddy waters inshore.  We found the birds, and even some current and nicer water, out over 1,000 fathoms (6,000 feet).  The wind was blowing 25-30 from the south for most of the day and it was a little bumpy, but so worth being out there with the seabirds in their element!  Black-capped Petrels were zipping around in the deep water and we had excellent views of Cory's, Great, and Audubon's Shearwaters arcing way up in the air and also zipping by the boat at high rates of speed.  On one of our drifts we had a Sooty Shearwater fly in for a few minutes, and while we were moving a Manx Shearwater flew down the port side for a quick, but close view!  The storm-petrels were finally following us in good numbers with more Wilson's than we've had so far this spring, and great looks at both Band-rumpeds and Leach's.  The only species of jaeger seen was Pomarine and we had one individual that followed us in the slick for well over two hours in the afternoon.  The first Sooty Terns of the season showed up today as well, and while the first was not very close, the second individual flew right down the port side, excellent view.

The thrill of the day, though, came after 1230 when Steve Howell spotted a small gadfly petrel medium distance from the boat on the starboard side.  When the shout of Bermuda Petrel went out, the bird was heading away from us and did not return for a closer pass.  Sandwiches were thrown overboard, chum was tossed out, and everyone rushed to the bow hoping to catch a glimpse of this bird we have not seen here since 2009!  It is always tough to get on everything seen on pelagic trips, and many aboard did not see the bird, but just knowing it's out there made the day.  We were about to pull into the marina, as Brian pointed out the hopper dredge that had just arrived, everyone looked over towards it and Sea McKeon shouted "Frigatebird"!  Sure enough, a young Magnificent Frigatebird was flying over the dredge right there at the dock, perfect end to an epic day!

Thanks again to everyone who joined us, and thanks also to our leaders: Steve Howell, Bob Fogg, and Nick Bonomo, we could not do it without them! 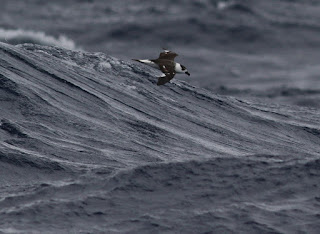 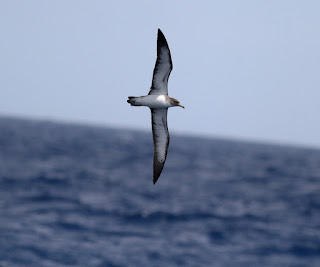 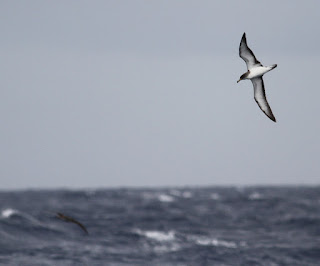 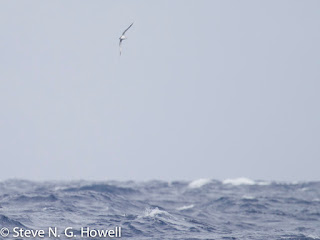 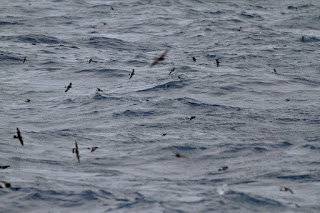 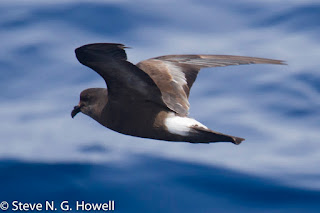 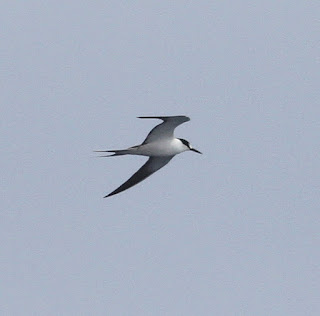 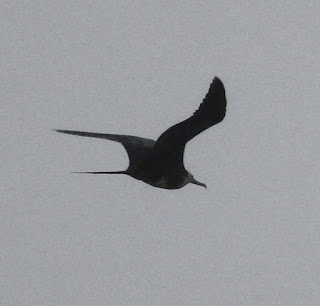 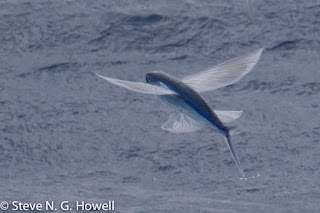 Posted by Kate Sutherland at 10:09 AM