It was good to be back offshore with a birding trip after a rainy and windy two weeks here at Cape Hatteras. Dr. Fred Alsop brought his Coastal Ecology Class to the Outer Banks for a field trip that has been a tradition for 35 years. We’ve been taking Fred’s group on pelagic trips since 1994 when I started organizing trips in Hatteras. We also had a handful of other birders along, including stalwart regulars and new participants.

The forecast called for a rainy day, but it turned out not to be the case, as the rain came much later than predicted, beginning soon after we returned to the dock. The morning was beautiful with light westerly winds and smooth seas. We left the dock at first light and enjoyed an easy ride to the Gulf Stream, which we found near the shelf break about 23 miles out. There was a distinct color change where the clear blue water met the rather murky inshore water. This is not always the case in October, but we’ve had so much rain and wind that I expect it will take a while for the shelf water to clear up. We did not find much bird activity near this color change, but we did have a quick look at a Leatherback Turtle which we startled as we arrived at the edge.

I figured there would be at least a few Black-capped Petrels out in the deeper water, so we eased out toward the slope waters right away. Approaching 200 fathoms we saw a distant Black-cap and we increased our chumming effort by melting a homemade chum block. Within minutes we had Black-caps close at hand and a Northern Fulmar also came in and gave us good looks (photo by Brian Patteson). 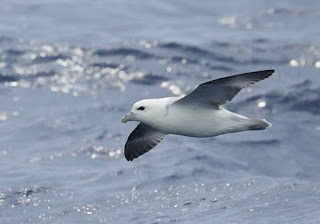 There has been a strong showing of fulmars in New England already, so it was not a big surprise, but we usually don’t get them quite so early here. We continued to work offshore, but all we came up with were a few Cory’s and Audubon’s Shearwaters. There was not much Sargassum, so it’s not surprising that Audubon’s were hard to find, but Cory’s were remarkably scarce for a fall day.

After a while, it seemed like most of the Black-capped Petrels were fading behind us, so we backtracked inshore. The wind also freshened and we soon had quite a following of Black-caps, with up to 20 in view. 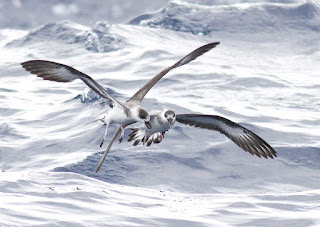 They followed us in close to the edge of the Gulf Stream, which was in about 75 fathoms when we crossed in the afternoon. But before we left the blue water we stopped to sample the Sargassum with a dip net. Compared to late summer, the “Gulf Weed” was in short supply. We did not get any fish in our sample, but we had the usual shrimp and crabs. The highlight, however, were some Sargassum Nudibranchs- little gastropods that look just like the habitat they live in. 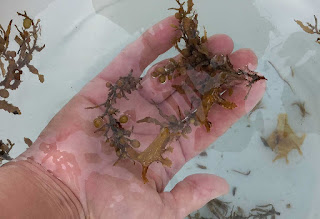 A Great Shearwater came by for a close pass, as we were getting ready to head back to shore. The ride back in the dirty water was uneventful as expected, but the trip to the Gulf Stream had been well worth it and hopefully it will inspire some of its first time visitors to return there someday.

I would like to thank all of our participants,-especially Fred for bring his class, and our leaders- Kate Sutherland, Jeff Lemons, and Kyle Kittelberger for making this a successful trip.

A few more images of the ever impressive Black-capped Petrel:
top photo by Brian Patteson 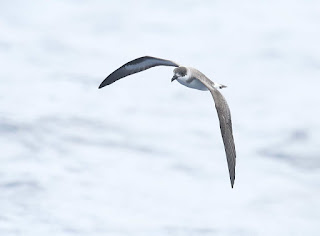 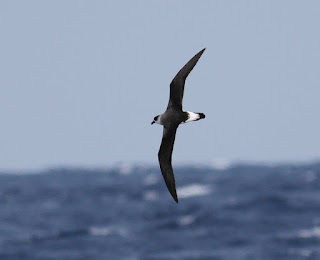 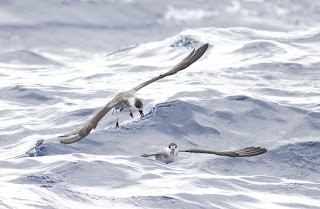 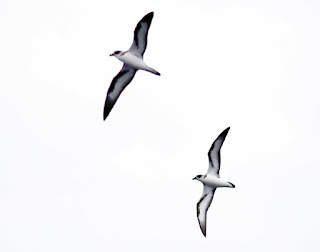 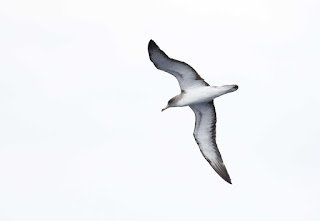 A photo of the Great Blue Heron, zoomed in! 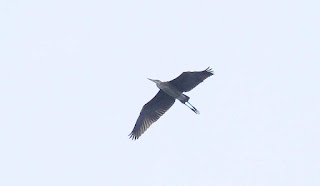 & one more of the Sargassum Nudibrachs, such cool little creatures! 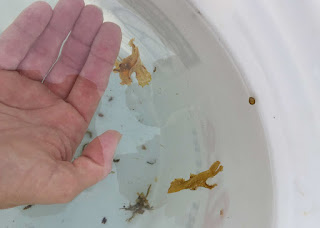 A couple of ships we crossed paths with over the course of the day... 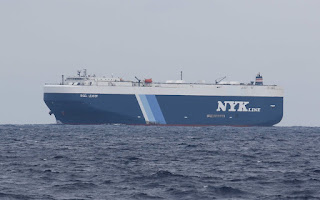 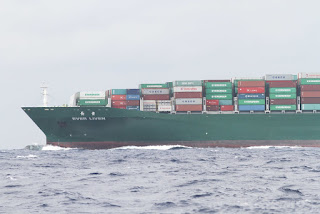 Posted by Kate Sutherland at 10:20 PM No comments: