The early morning hours at Dockside were surprisingly calm considering the wind that was forecast!  As we headed out from Lynnhaven Inlet, it was obvious there was still some wind blowing from the north west, but we had expected worse, so it was perfect!  The skies were clear and Red-throated Loons were moving as we headed past Fort Story and offshore.  Scoters were finally on the horizon for this trip after seeing very few on our December trips from Virginia Beach, and we even had a flock of 7 Common Eider fly across the bow nearshore!  A single Great Shearwater was the only tubenose representative on the way out and we had just a few gulls interested in our chum, the gannets never even gave us a glance!  The water was pretty messy looking inshore, and as we headed to the east, it looked, progressively, a little clearer - finally around 1100 there were some birds ahead! 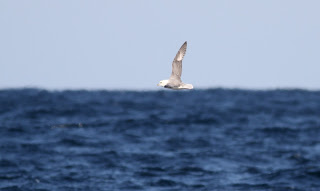 Northern Fulmars (photo above by Kate Sutherland) gave us some excellent views in the deeper water and when we made the turn back inshore, we gathered a nice flock of mostly Great Black-backed Gulls with a handful of Herring Gulls, visited occasionally by Bonaparte's Gulls and fulmars.  Brian snapped a photo of a Great Black-backed Gull with an American Eel in its bill (photo below)! 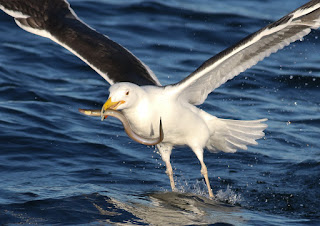 We were wondering what had them out there...!

We finally found some Razorbills as we headed back inshore.  Just a few, and most were flying by at a distance, but as we approached Cape Henry a couple of Humpback Whales surfaced with a single Razorbill on the water nearby!  Everyone had nice views of this bird before it flew and we were treated to the best views of a Razorbill in flight of the day!  Bonaparte's Gulls were notably fewer in number than our December trips found and we did not turn up a single kittiwake, but by the end of the day we had Northern Gannets, Great & Lesser Black-backed, Herring, and Ring-billed Gulls following us hungrily!  We even had a Laughing Gull fly in to feed (photo by Kate Sutherland). 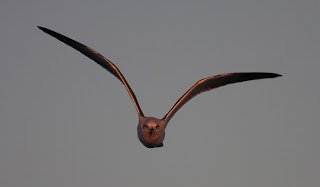 Overall it was a great day offshore from Virginia and hopefully our next trip on January 16(17) will find some colder water and alcids!!  While space is still open on the 16th(17th), we just have one space open for the trip on January 23(24).

Thanks to Ned Brinkley for helping us lead the trip and to Nick Newberry & Matt Anthony for helping spot birds and keep a tally for the eBird list!  Below are the pelagic species of note for the day, & here is a link to the eBird checklist compiled for the trip http://ebird.org/ebird/view/checklist?subID=S26665082 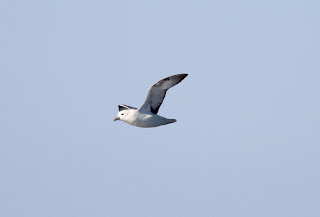 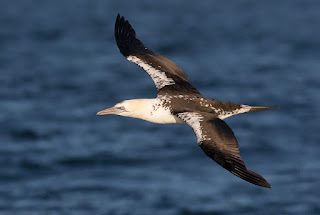 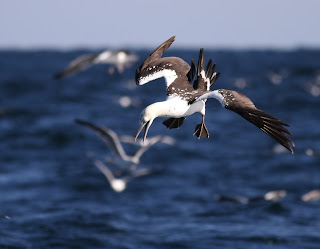 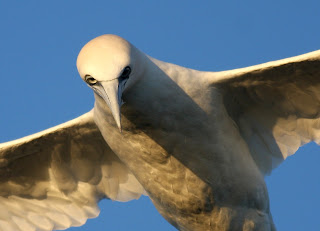 A victorious Herring Gull with a piece of fish (Kate Sutherland) 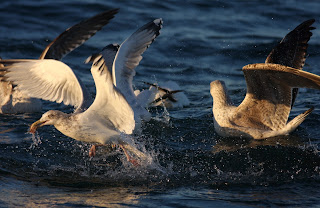 Another individual in the late afternoon light (Kate Sutherland) 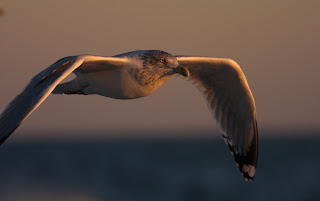 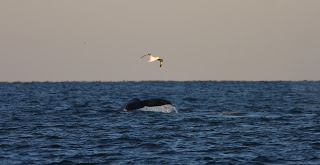 Posted by Kate Sutherland at 10:34 PM No comments: