We've been running a pelagic trip annually on Columbus Day Weekend for almost 20 years now.  The main reason for having the trips is Fred Alsop's Coastal Ecology class from East Tennessee State University.  Fred has been bringing his class to the Outer Banks for many years and they used to go out on pelagic trips with Bob Ake and the late Paul Dumont back in the 80s.  Of course many of these kids have never been to sea, so it can be an interesting time if conditions are less than ideal, which is sometimes the case.  This year, however, conditions actually were ideal and we had a beautiful cool day with light winds and slight seas.  This was quite the contrast to our previous two trips, but it was a welcome change.

Seabirds can be hit or miss here in the fall and it turns out we missed the big shearwater flocks, which had moved a bit to the south, but we did have an excellent showing of Black-capped Petrels, which were active throughout the day.  We ventured pretty far out in hopes of seeing another gadfly petrel or some deep water cetaceans, but it was just about all Black-caps, with the occasional shearwater and a lone Pomarine Jaeger.  We turned around at 37 miles and as such had over ten miles of Black-caps out and back.  I was hoping to find some tuna schools and attendant shearwaters out there, but apparently we were just a little too far north.  We did find a school of Mahi Mahi about 33 miles out and the ETSU students had a blast catching a few for dinner while Black-caps made close passes over our chum slick.

It was a little surprising not to see a single Wilson's Storm-Petrel all day, but it was not for lack of chumming.  Although seabird diversity was rather low, we did put together a more diverse list of non-pelagic birds.  Light northwest winds are usually good for a few landbirds and by listening it was evident that a big push of birds had made it to the island before dawn.  There were not as many "twit birds" offshore, but we did see a few warblers, as well as two Northern Flickers, two Peregrines, an Osprey, and a Belted Kingfisher, all of these ten to thirty miles out.

We also saw a nice pod of Atlantic Spotted Dolphins in shelf waters on the way home and an enormous Leatherback Turtle just six miles from the inlet.  I would like to thank Fred for bringing his class again, despite the logistical hassles caused by the closure of the Seashore.  I would also like to thank Jeff Lemons for helping spot birds and providing photos for this report.  -Brian Patteson

Also a few distant warblers and other passerines and three spp. of gulls offshore - Laughing, Herring, and Great Black-backed.

And we caught a wahoo and 15 mahi. 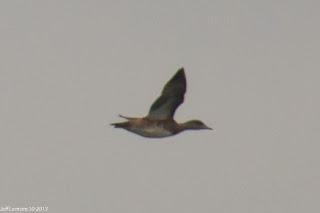 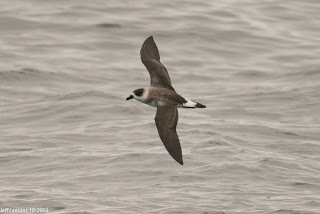 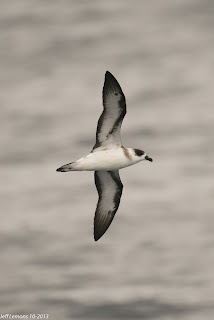 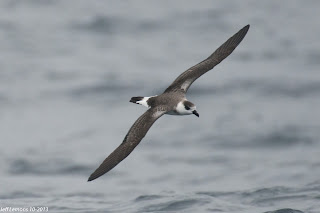 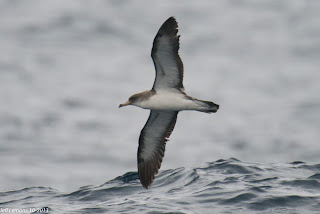 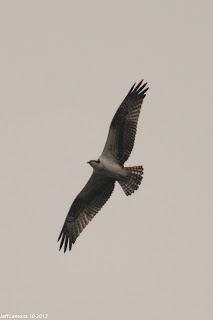 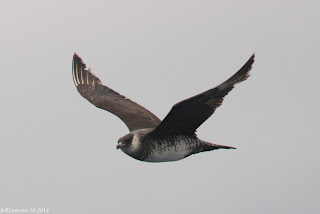 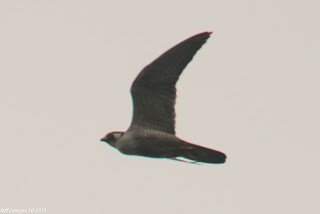 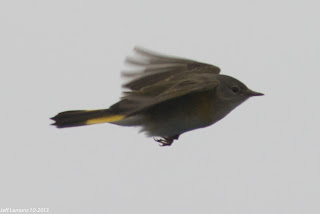 Two images of the Blackpoll Warbler 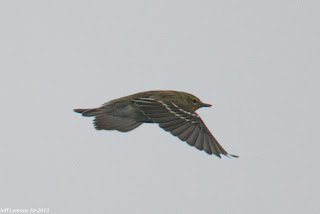 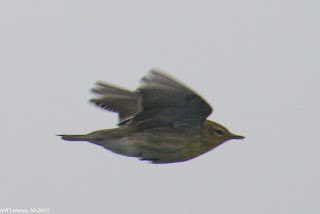 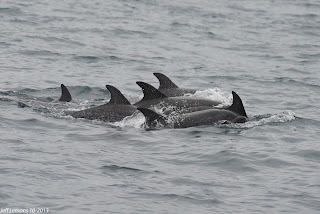 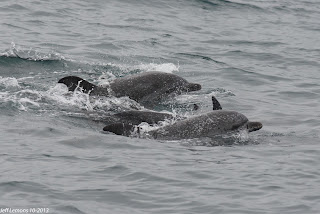 Posted by Kate Sutherland at 9:38 AM