We had another nice day for pelagic birding off Hatteras on Sept. 13. A stalled cold front resulted in light winds and slight seas, but surprisingly there were no thunderstorms out over the deep Gulf Stream! The lack of wind had the birds flaked out on the water most of the day (often the case after some bright moonlit nights), but we saw a bit of activity during the early afternoon with birds coming to our chum slick and also feeding in natural conditions. Black-capped Petrels were the dominant tubenose of the day (photo below by Bob Fogg). 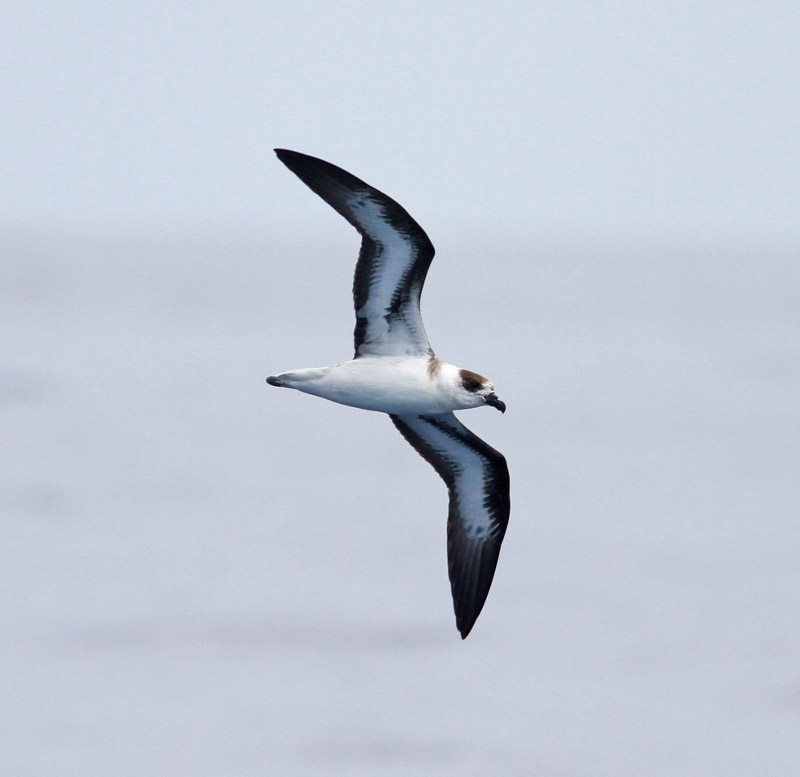 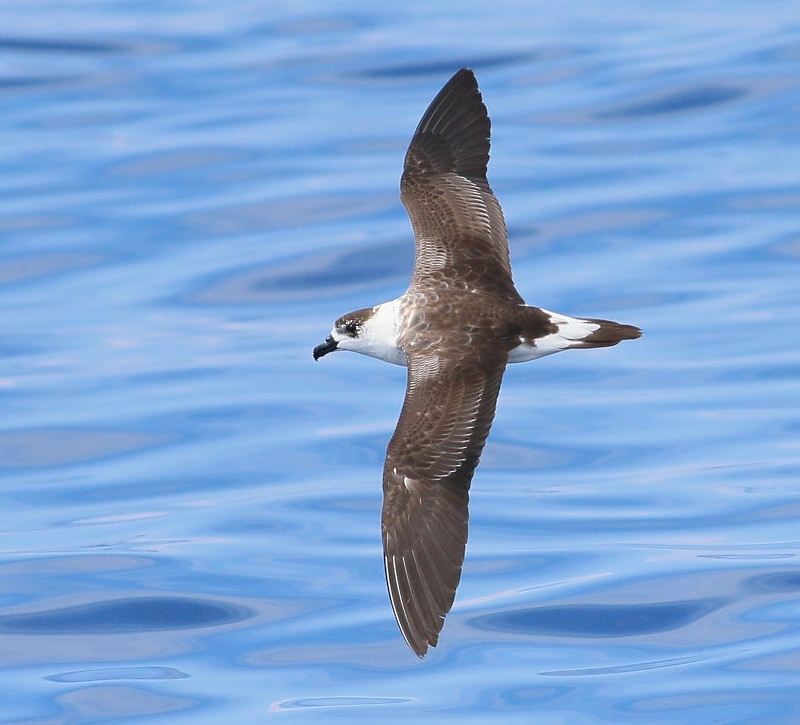 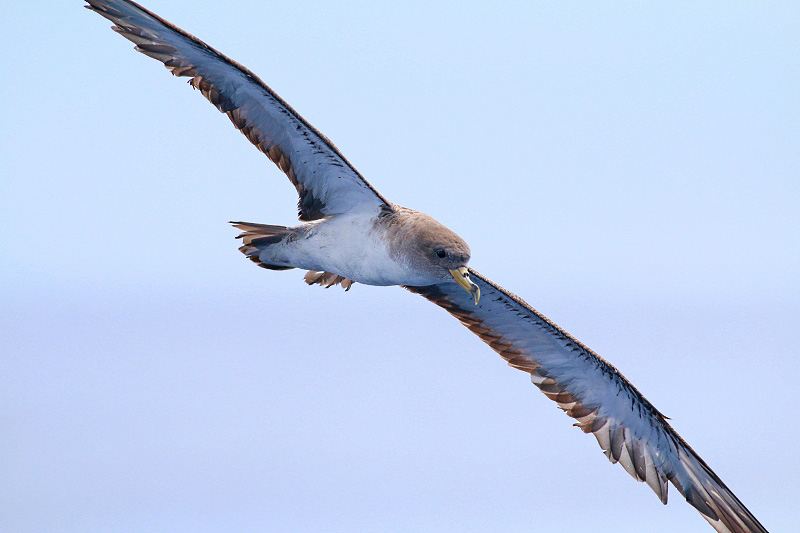 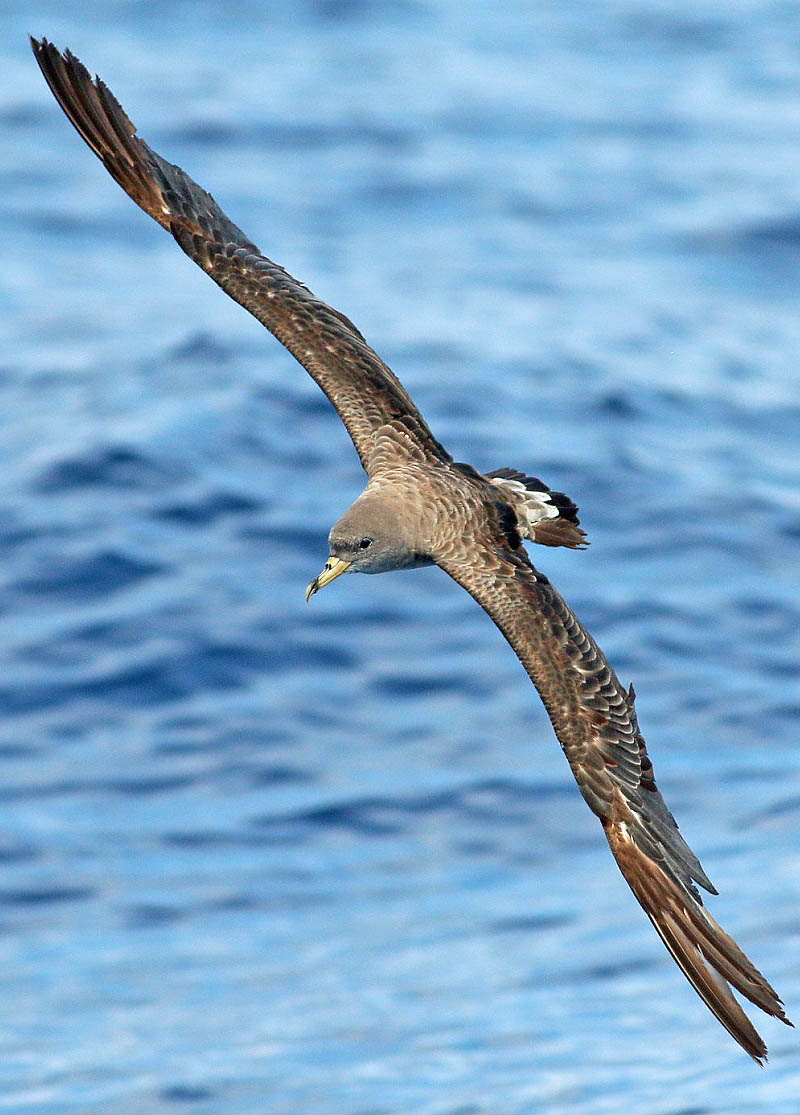 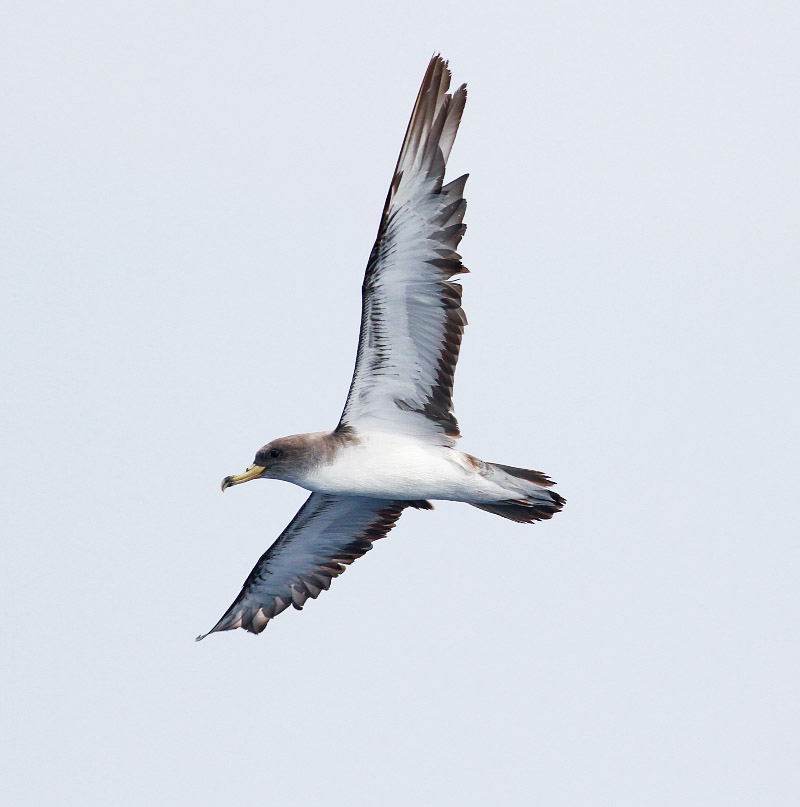 We had a perched Bridled Tern in the morning then an adult and young individual on some bamboo in the afternoon - they are always a favorite to photograph!  So here are a few...
by Kate Sutherland 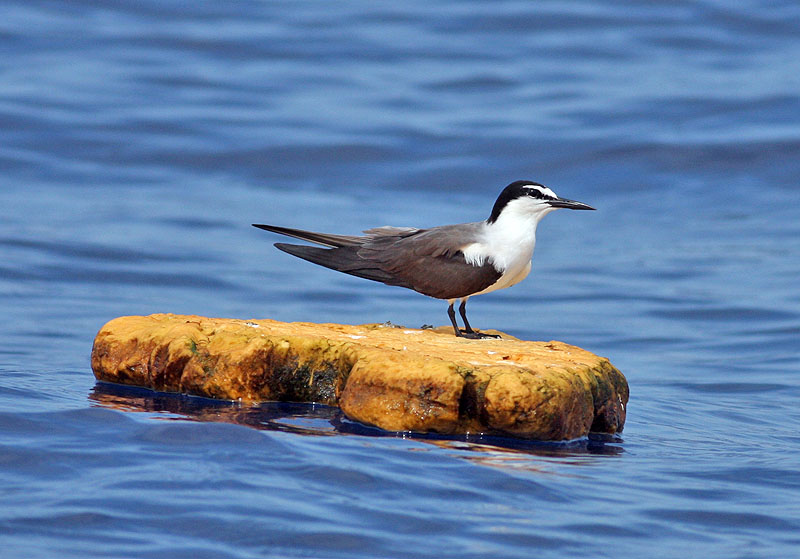 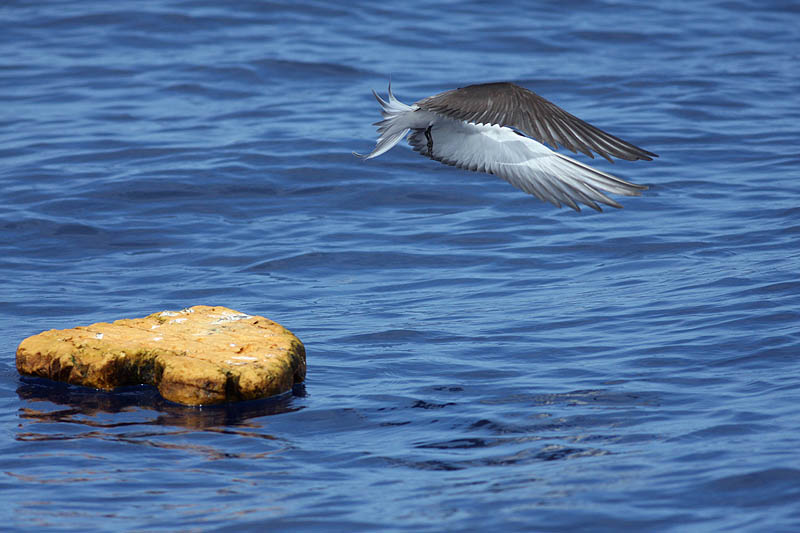 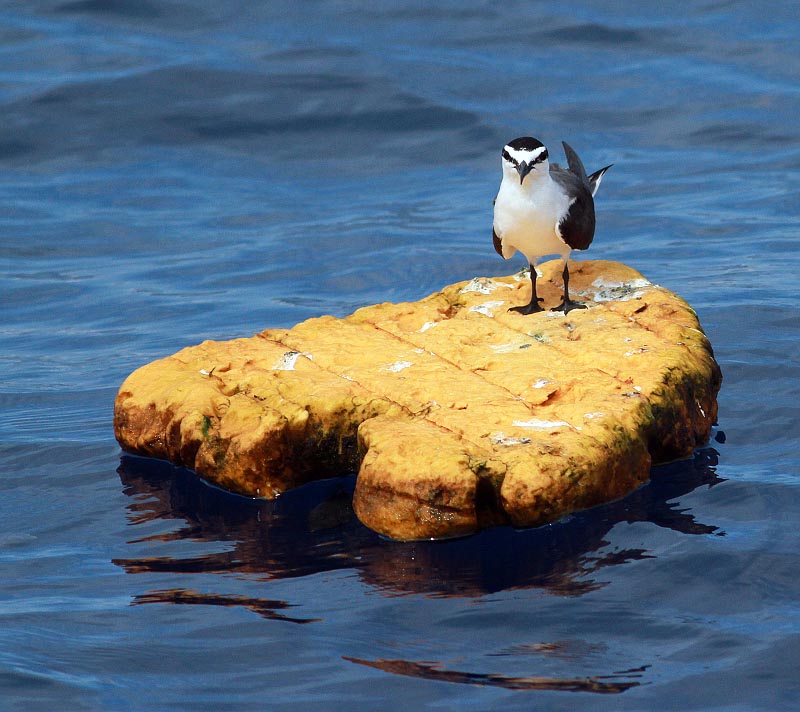 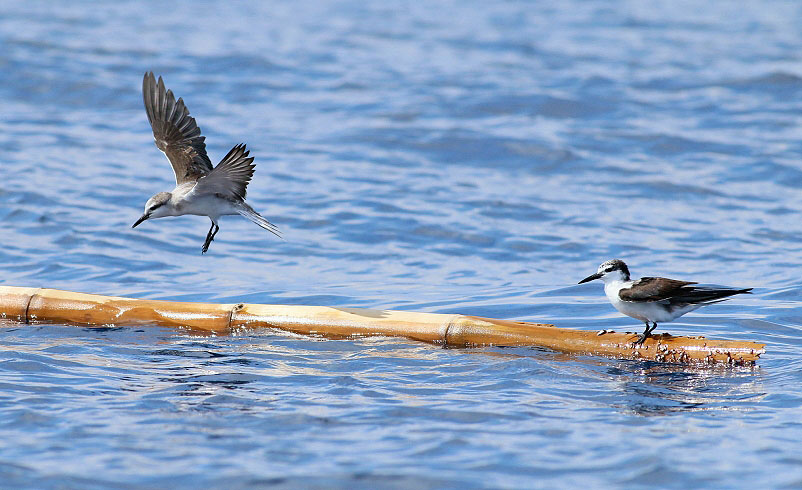 The young Bridled Tern is on the left - Brian Patteson 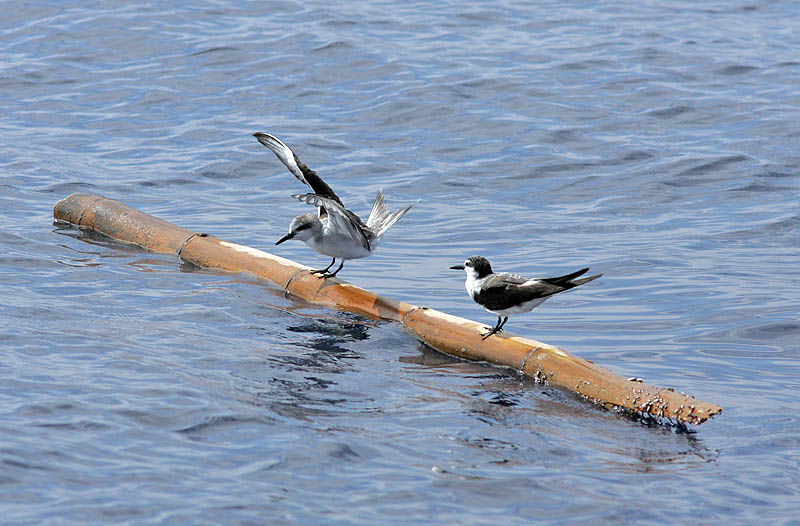 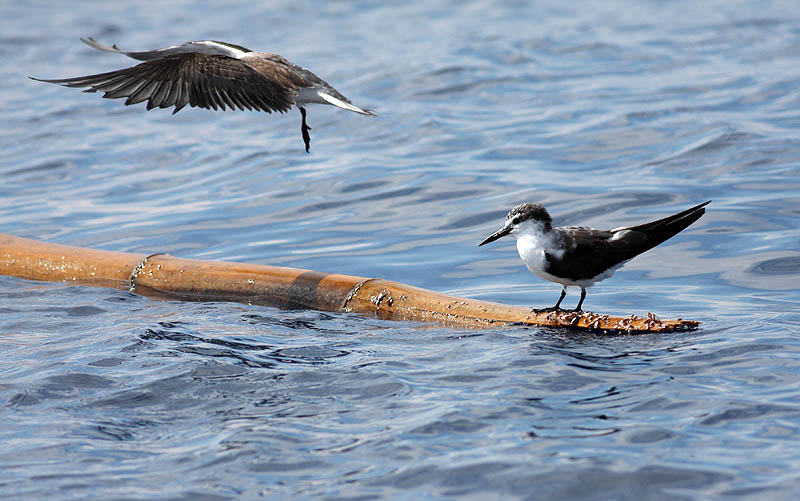 Posted by Kate Sutherland at 5:35 AM