It was great to get to sea for the third winter weekend in a row with a full boat and great weather. It was a little breezy this morning, but not enough to slow us down and keep us from going where we wanted to go. We found good numbers of gulls and gannets just east of Hatteras Inlet and our chumming soon attracted a first winter Iceland (Kumlien’s) Gull. An hour later, a first winter Glaucous Gull joined us (photo by Kate Sutherland). 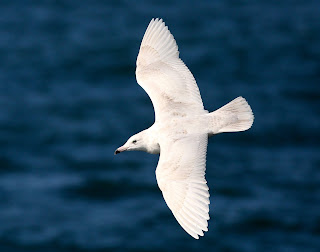 This was our first winter trip in a while with both white-winged gulls. There were a few Razorbills on the move early in the morning as we might expect, but the water was a bit warmer than we like for alcids, so we headed north across Diamond Shoals looking for cooler water temps. It took a while to find those conditions, and birds were decidedly sparse north of the Cape. Around 10:30 a Manx Shearwater found us and ended up following the boat for nearly half an hour! It came close and gave great photo ops working up into the wind (photo by Kate Sutherland). 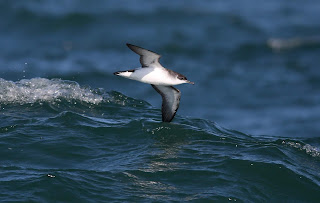 When we got in the vicinity of Wimble Shoals, we did find cooler water and quite a few more gannets than we had seen off Buxton and Avon. There were also more Razorbills, but they were skittish and hard to approach.  Working back to the south, we continued to see Razorbills and we got better looks and even some photo ops. We also found a very cooperative Little Gull among a flock of Bonaparte’s (photo Ed Corey). 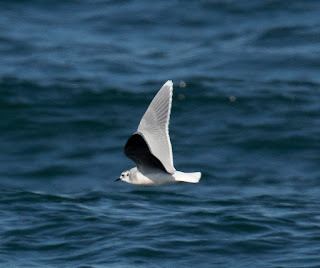 Our much hoped for Great Skua was nowhere to be found, however. They can be tough to find on “bluebird days” because they don’t fly around as much, and it’s harder for them to sneak up on the gulls, so they are less likely to even try. As for the gulls, we ended up with nine species for the day, and as the rare ones were our best finds for the trip, so at Kyle's suggestion, we will call this trip a “Lariday.” I would like to thank our crew: Kate Sutherland, Kyle Kittelberger, and Ed Corey worked together like a well-oiled machine. Our next trip- coming up on Feb. 9 or 10- has plenty of room, and from what I can see of the forecast, it looks more promising for finding a skua. Check out our website for details about this and other upcoming trips: www.seabirding.com

And a few more photos, thank you to Kyle & Ed for sharing some with us to post here! 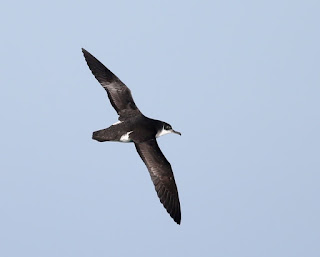 Another couple of photos of the Little Gull in with the flock - showing the underwings, and then the upperwings below (bird on the far R) (both photos by Kyle Kittelberger) 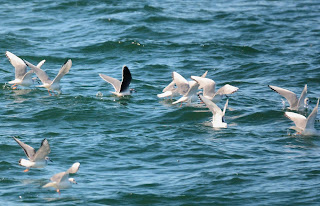 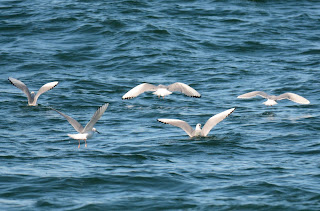 A couple more images of the Glaucous Gull, it stayed with us for hours!  (top Ed Corey, below Kyle Kittelberger) 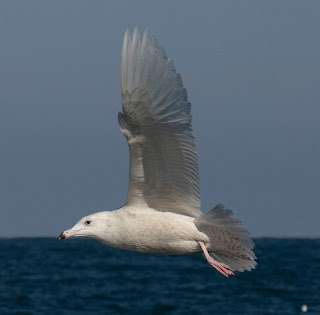 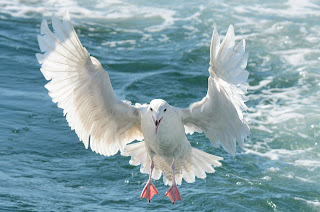 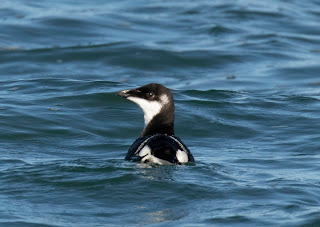 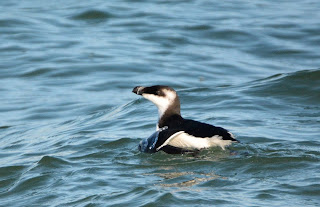 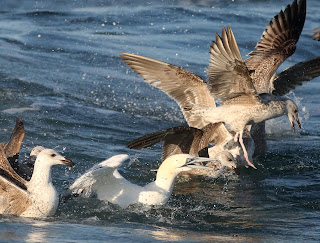 And a few more gulls from the day!
Laughing Gull (Ed Corey) 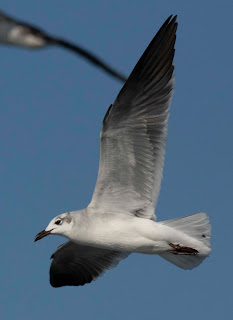 A handful of Bonaparte's Gulls, including one with a dark hood (Ed Corey) 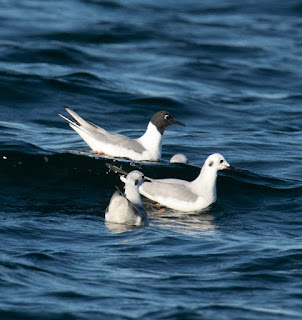 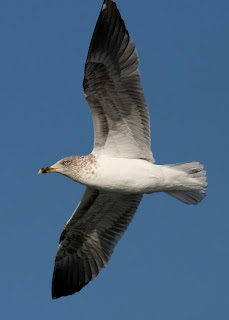 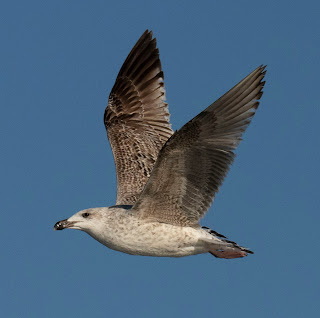 Posted by Kate Sutherland at 6:11 PM