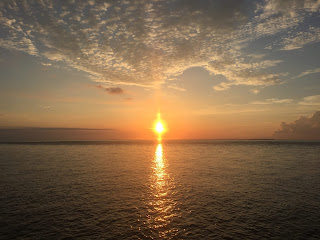 and while we ran through about 30 minutes of heavy rain on our way to the shelf break, we were hoping that would be all we saw for the day!  Not so, unfortunately, we had a number of squalls to deal with offshore as well.  But the seabirds were out there and they were hungry, so showing our Gulf Stream birds to a group that was seeing them for the first time was a treat regardless of the weather!  Sooty Terns and Audubon's Shearwaters were found just over the shelf break, feeding around some Sargassum.  And in the 0830 period we added Black-capped Petrel, Cory's type and Great Shearwaters, Wilson's, Leach's, and Band-rumped Storm-Petrels!  Not a bad start to the day.  We had at least three Great Shearwaters following us, 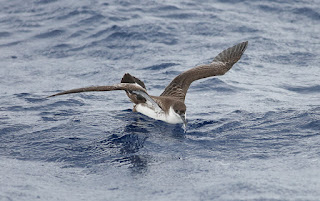 feeding on the chum right behind the boat while we were out there and it was nice to show our participants the difference between these shearwaters and the more energetic and acrobatic Black-capped Petrels! 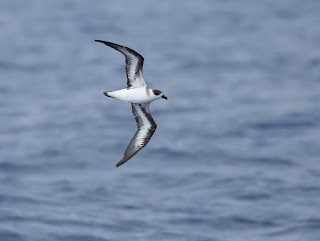 Band-rumped Storm-Petrels were also attentive to the slick and by the end of the day just about everyone aboard could pick one out as it flew by or fed behind us with the Wilson's.  The Leach's Storm-Petrels were a nice treat and we had a couple that spent some time behind the boat, so everyone could observe not only how they differed from the smaller, shorter-winged Wilson's, but also from the Band-rumps.
Just after 1230 when I stepped into the wheelhouse for a minute, a shout went up from the stern: "BOOBY!" I glanced out the window and, sure enough, a Masked Booby was checking out the boat before it flew directly away from us!  Chris Haney kept his eyes on this bird and saw another one join it in the distance!  As he watched, at least one sat down on the water - the location was reported to Brian and we headed in that direction, hoping to relocate them.  A few minutes later, I spotted them sitting on the water to our port and we were able to approach the pair of them. 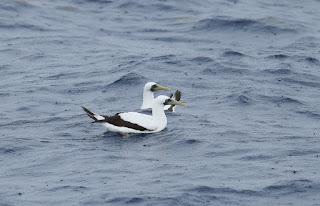 Most Masked Boobies we see here are subadult individuals, so it was nice to see an adult, but two adults??  That is a new sighting for us!  As we pulled away from the boobies it began to rain again.  Visibility became limited and we were back in some thunderstorms, so about 20 past 1:00 we picked up our chum and began to motor for the inlet.  The rain lasted until just beyond the shelf break where we saw a few more Sooty Terns and another Audubon's.  Everyone was relaxed and chatting on the starboard side, out of the spray, and suddenly there was a tropicbird off the starboard bow!!  This was the first tropicbird of the year for us, and it was quite close at first, before it began flying away and gaining altitude.  Close enough to see that it was a subadult Red-billed Tropicbird and for all of us to get a quick view! 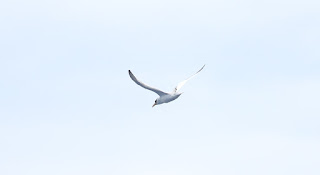 What a day!  I always associate squall lines with wind addicts like gadfly petrels, but instead we found boobies and a tropicbird!  You just never know what you'll find out in the Gulf Stream...
A huge thank you to Dr. Chris Haney for bringing a group from the Audubon Society of Northern Virginia, he was teaching a course called Marine Birds and Mammals of the Southeastern US that culminated in a trip offshore!  So while conditions were not the best for cetacean spotting, the seabirds were just spectacular!  Our next trips are July 26 and 27th and we have space open on both!  All photos today are by Kate Sutherland.

Some of our intrepid crew as we approached the first line of storms in the morning! 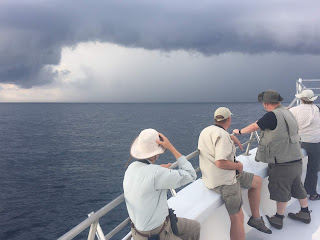 Another record shot of the Red-billed Tropicbird 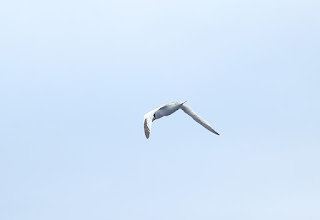 And a few more photos of the Masked Boobies!  Incredible! 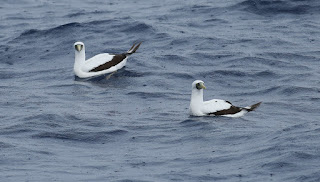 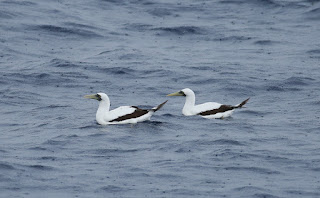 Black-capped Petrels came in well over the course of the day!  Here is an intermediate individual (top) and dark-faced below. 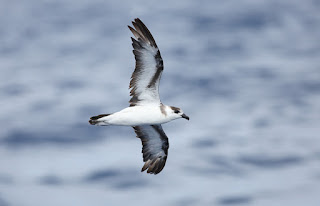 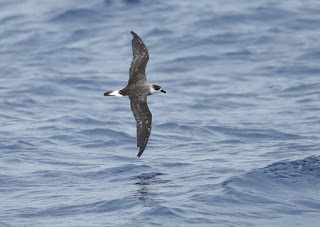 We had a number of Cory's type shearwaters that had intermediate amounts of white in their underprimaries, though some of these looked like they could have been Scopoli's.  Here is a typical Atlantic Cory's (top) and a record shot of the Scopoli's we saw (below). 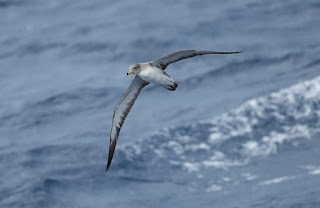 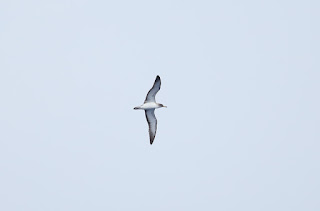 The storm-petrels were super cooperative for photographing!  Here is a Wilson's I captured as it pattered on the water, the yellow webbing of the feet is visible just under the surface in the top image. 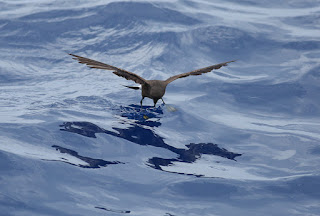 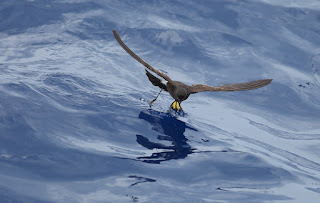 A different individual Wilson's in flight 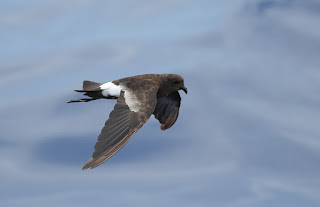 The ventral view of a Leach's, its forked tail is obvious at this angle! 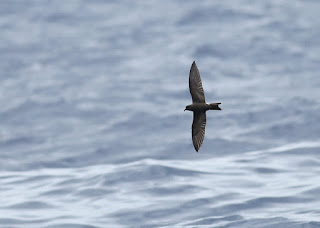 Band-rumped Storm-Petrels were around us just about all day!  The most we had at once with us was five individuals. 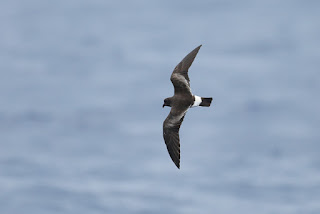 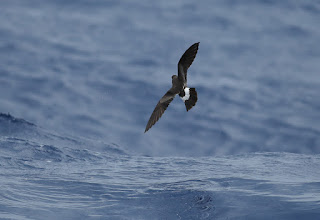 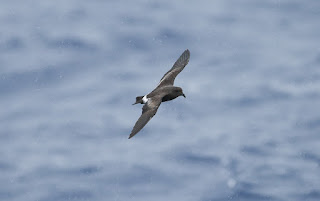 The Sooty Terns were a treat to see as well, hopefully they will be around for the rest of the summer! 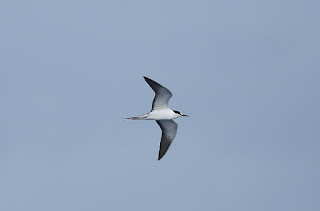 Posted by Kate Sutherland at 7:27 PM