Thursday's trip was weathered out, but there was a silver lining...or maybe just a white lining!  Some of our participants went up to Cape Point in the morning and found a gorgeous White-winged Tern!  The second record for North Carolina, but the first to be photographically documented - so being stuck on land for a day didn't totally suck!

This morning we still had some testy seas offshore, but it seemed to be a bit more organized and the line of storms that was visible on the radar in the morning looked like it could be inshore of where we wanted to end up - so off we went!  And it rained a bit on the way out, and it rained a bit when we reached the shelf break and put out our chum - well, okay, it rained a lot!  But one of these rain storms caused a shift in the wind, it began blowing against the Gulf Stream current, making the waves stand up a little more...but also attracting more birds to our slick!  We had Black-capped Petrels and Cory's Shearwaters buzzing around with Wilson's Storm-Petrels pattering along behind us.  A little before 1000 I stepped out of the cabin and glanced up to see a bird hovering above - a White-tailed Tropicbird!!!!  Everyone got on the bird and we had almost twenty minutes to observe and photograph it!  (Kate Sutherland) 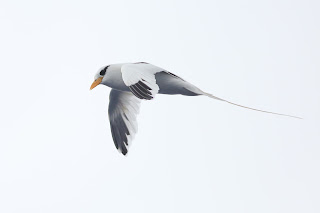 A short time later we had another visit from a tropicbird - another White-tailed - but a different individual!!  This same bird came back for a second visit, giving us three encounters with another species that has "white" in its common name.  So what might we see tomorrow?  White-chinned Petrel?  White-bellied Storm-Petrel?  Perhaps a White-faced Black-capped Petrel is more likely!

Thanks to everyone who joined us today and to Ed Corey & Kyle Kittelberger for helping Brian and I lead the trip - and for contributing photos!  We'll see what we turn up tomorrow!

Black-capped Petrels were really flying today with the wind!  I didn't see any white-faced birds, but we did find both intermediate (top - K. Sutherland) and dark faced birds (Ed Corey). 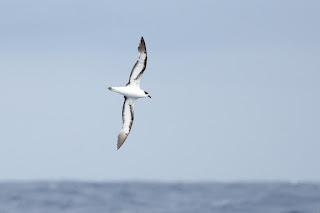 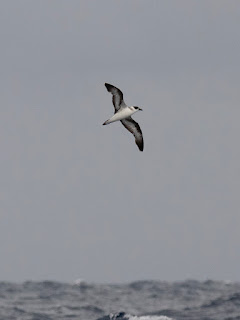 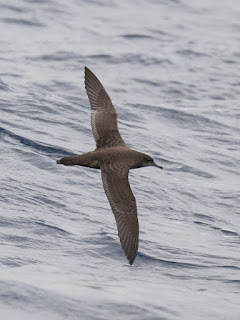 The larger stormies didn't come as close today as they did on Wednesday, but I was able to capture at least one Leach's! (Kate Sutherland) 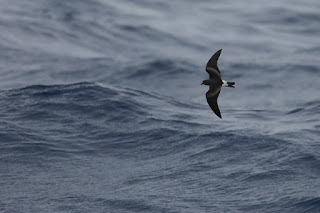 A few more images of the first tropicbird!  Top Ed Corey, middle by Kyle Kittelberger, bottom (view of the tail) by Kate Sutherland 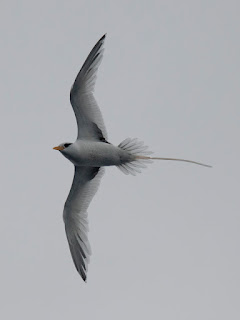 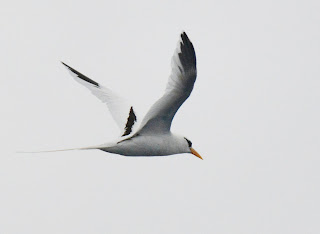 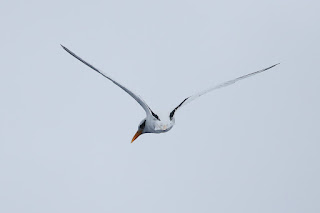 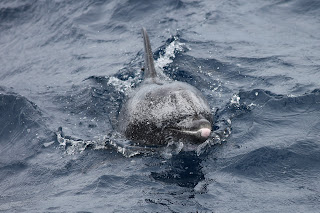 Posted by Kate Sutherland at 9:38 PM