The weather was much more cooperative than we expected for all three trips with some wind on Saturday (but not nearly as much as they were calling for!), calm, hot conditions on Sunday, and overcast with a few breezy squalls offshore Monday.  While none of the trips turned up a much anticipated White-tailed Tropicbird or other rarity, we encountered our "regulars" with stunning views each day.  The rarity of the long weekend was a second summer Long-tailed Jaeger, with tail projections, that flew into the slick on Monday, a first for us in July!  Many participants were with us for the first time or their first summer trip, so there were loads of lifers racked up over the course of three days.
Black-capped Petrels were a definite highlight, with great looks on every trip and Monday turning up flock after flock of 20 or more individuals resting on the water!  Most birds observed were the dark-faced or intermediate types, but on Monday (7/30) we had a strikingly fresh juvenile of the white-faced type.
Cory's, Great, and Audubon's Shearwaters were seen every day, not in the large flocks we sometimes find in the summer, but we had satisfactory views on all trips.  We did not see any definite nominate Cory's Shearwaters, most were obviously the Atlantic Cory's, Calonectris diomedea borealis.  Sunday (7/29) a solitary dark bird on the water turned out to be a Sooty Shearwater, a species rarely found in the summer with mixed flocks, and not one we expected to see on these trips.
Wilson's Storm-Petrels were present each day, with persistent SW winds the week preceding the trips producing a low count on Saturday, but thankfully light, shifting winds stirred things up to give us more solid counts on Sunday and Monday.  Surprisingly we did not see any Band-rumped Storm-Petrels on Sunday, but had close passes on Saturday and Monday with one even flying right under the bow!  There were a few Band-rumpeds that were still growing p10, probably the "Grant's" type, and others that were finished molting, or perhaps had not begun molting, making more than general identification difficult.  An uncommon sight on Monday was Wilson's, & even one Band-rumped, diving in the slick, perhaps after pieces of the Wahoo carcas we were dragging in addition to our usual chum.
Red-necked Phalaropes are showing up again post breeding, and a few we saw even still had some color!  They were skittish around the sargassum, but we did finally get good looks at some sitting on the water.  Tropical terns were in short supply for summer, but we have not really had "summer" conditions yet this year, hopefully some tuna will show up in August bringing us larger numbers of shearwaters and terns!  Sunday we had close Sooty Terns, with the individuals seen on Monday flying by at a bit more of a distance.  Bridled Terns were only seen on Monday's trip, a pair flew right to us on the starboard side after we had picked up for the day, circling the boat for excellent views.
Finally we had a set of trips with calm enough conditions for spotting cetaceans, and while no whales were seen, we had a cooperative pod of Spotted Dolphins Saturday with offshore Bottlenose Dolphins on Saturday and Sunday.  Pods of Risso's Dolphins on Sunday and Monday were a pleasant surprise and they were very cooperative, surfacing right next to the boat each time!  Monday we saw TWO Leatherback Turtles, both massive individuals, giving us a chance to educate participants who were not familiar with these deep diving reptiles.
Flyingfish are growing in popularity with our participants so we will conclude with an overview of species seen over the long weekend!  We saw Atlantic & Fourwing Flyingfish (aka Bog-standard Fourwing), Bandwing Flyingfish (aka Atlantic Necromancer), Blackwing Flyingfish, & Sailfin Flyingfish (aka Oddspot Midget).  There is still much to be hashed out with identification of our flyingfish off Hatteras...but hopefully we will have a photo guide soon!  Check out Steve Howell's photos of flyingfish in this blog post: http://blog.aba.org/2012/07/digital-photography.html and thanks Steve for our aka flyingfish names!
Thank you to everyone who came out with us and a special thanks to Larry Meade for recruiting so many NOVA Bird Club members to join us over the three days!  Thanks to Dave Shoch & George Armistead for helping us lead these trips, and thanks to Dave also for contributing photos for the blog post!  Otherwise, we have a some photos from Capt. Brian Patteson, and the rest were taken by me, Kate Sutherland. 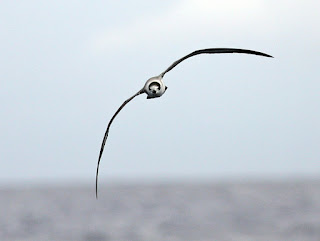 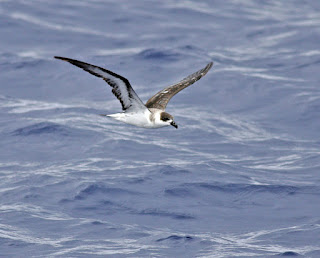 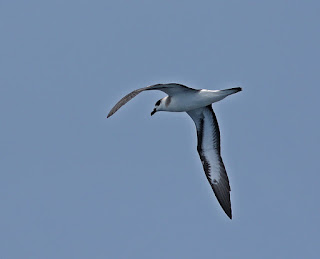 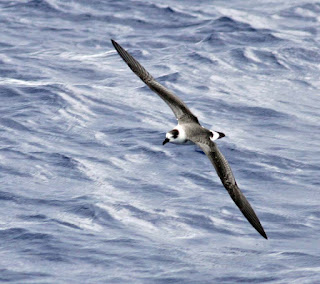 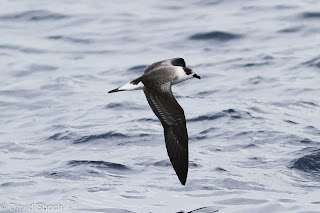 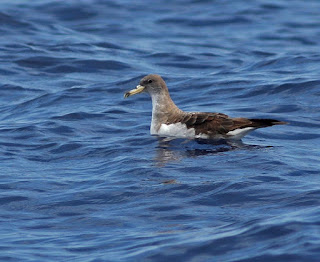 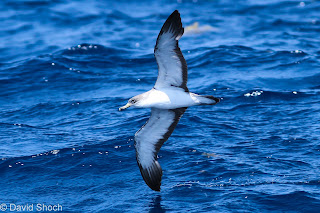 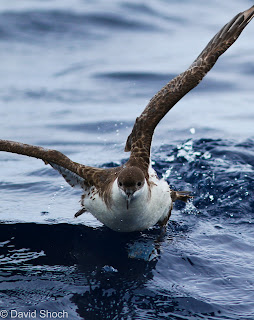 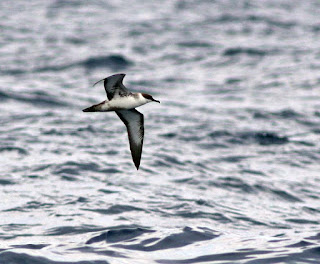 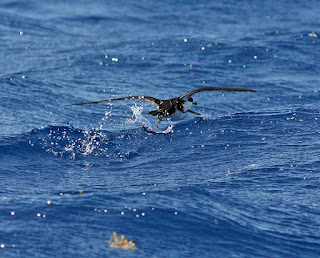 Wilson's Storm-Petrels feeding in the slick: 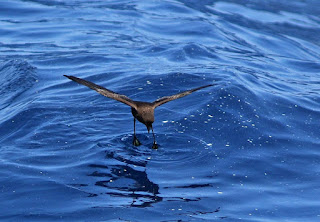 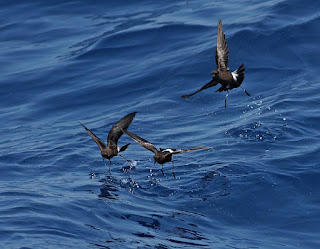 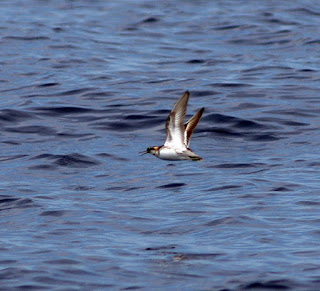 one of Monday's Bridled Terns: 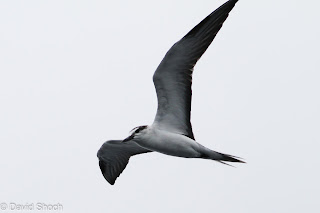 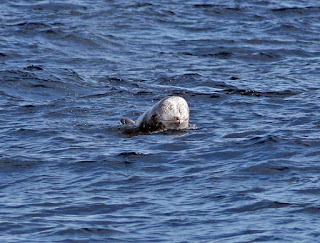 one of the Leatherback Turtles (taken by Brian Patteson): 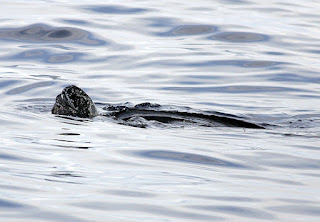 I did not have much time to take photos since I was a little busy with a full boat all three days, but here are a couple of flyingfish shots anyhow...!  Atlantic Flyingfish (aka Bog-standard Fourwing) 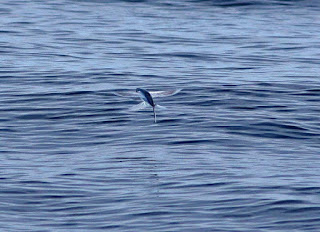 A lucky Atlantic Flyingfish with obvious bite marks just ahead of its' dorsal fin! 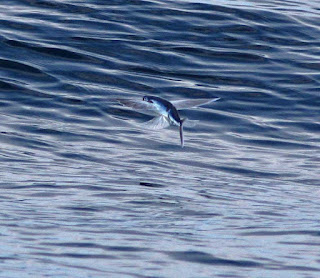 Posted by Kate Sutherland at 11:24 AM