Last week leading up to Friday's trip, the weather forecast was awesome for the weekend: light winds from the east or southeast...but then by Thursday, it had all changed, as it often does here in Hatteras! A low pressure system was moving in and would bring us some storms and rain plus a shift to some strong, northeasterly winds.  Passengers boarded Friday morning after a nice rain storm and as Brian gave the pre departure briefing the rain began again.  This rain, and the clouds that held it, obscured the little bit of early morning light and we were forced to wait until we could safely maneuver in the channel before heading out!  We headed offshore in some howling winds as one by one the boats out fishing began heading home since the seas made it difficult for fishing and for the humans aboard!  We, on the other hand, were excited to have a good stiff wind to get the birds up and moving!  Our course and depth were dictated by the sea and weather conditions, but the birds came in well to the chum and we had awesome views of all of our visitors.  This photo of a Black-capped Petrel on Friday by Doug Gochfeld illustrates their dynamic flight style quite well: 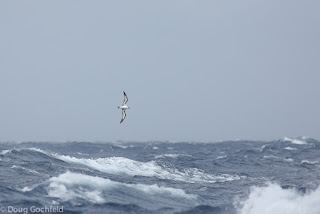 Flyingfish were also getting some air on Friday and we saw at least five identifiable species over the course of the day.  One unlucky Sargassum Midget (photo by Doug Gochfeld) ended up aboard the Stormy Petrel II and did not make it back into the ocean: 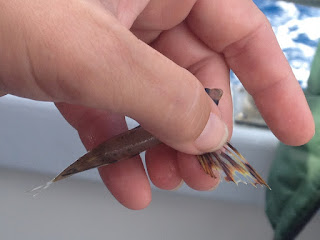 Saturday the wind persisted, though more from the east, but was not nearly as strong and we made it farther offshore before slowing down.  No rain, few clouds, less wind, and lots of sun made it quite a different experience in the Gulf Stream, though we did find the same species of birds out there!  The Black-capped Petrel was definitely the star of both trips, they came in well to the chum and on Saturday we even had them feeding on shark liver right next to the boat like storm-petrels (photo by Tom Johnson) for almost 30 minutes! 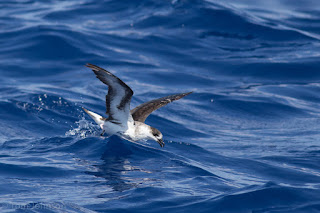 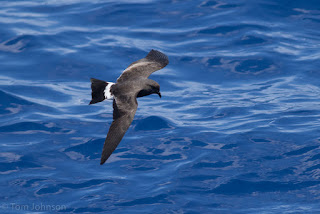 and we had some Leach's visit us in the slick each day, though numbers of Wilson's were a bit low.  Shearwaters were around each day, though they were easier to see on Friday! Running in on Saturday, Doug Gochfeld spotted a beehive not too far off so we ran over to check it out...and were rewarded with an immature Brown Booby in this feeding flock of about 85 shearwaters!  It was easy to pick out this sulid as it flew with the shearwaters, as can be seen in this photo by Doug Gochfeld: 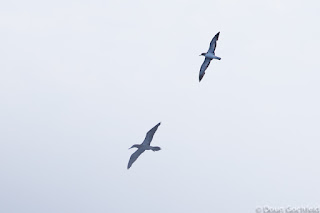 The afternoon light was harsh, but Brian was able to maneuver the boat around as the booby sat on the water with an Audubon's Shearwater peering under mats of sargassum (photo by Doug Gochfeld, Great Shearwater is in the foreground). 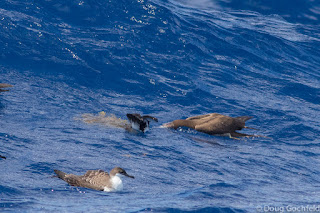 Overall a great couple of days offshore from Hatteras!  Thank you to everyone who joined us and to George Armistead, Bob Fogg, Tom Johnson, and Doug Gochfeld for helping us lead these trips and for contributing photos for this post! 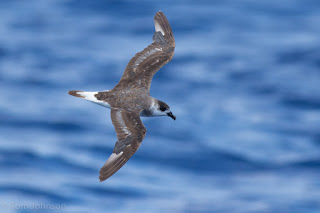 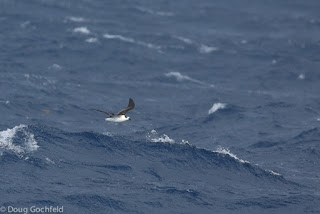 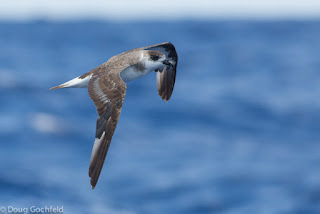 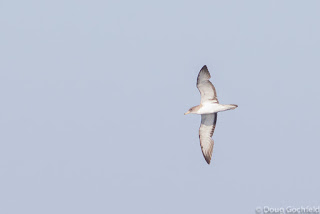 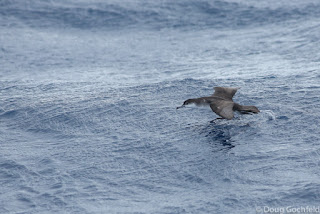 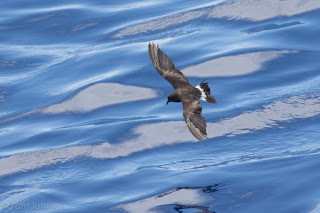 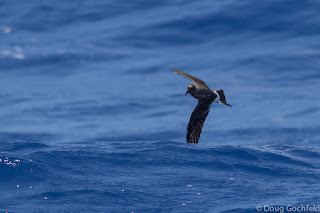 & yes, some Brown Booby shots!  Here seen flying ahead of a Great Shearwater 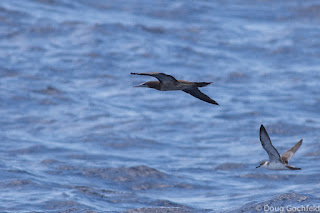 & sitting on the water (both by Doug Gochfeld) 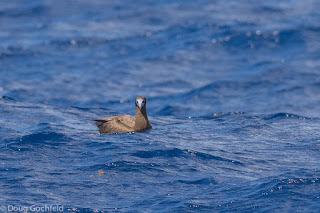 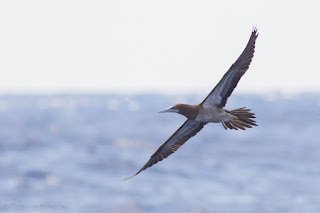 & side view on the water (both by Tom Johnson) 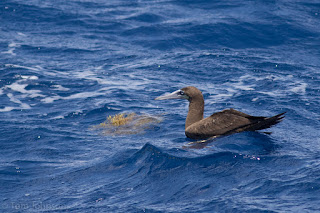 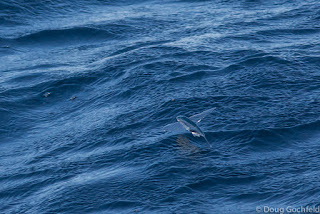 Atlantic Patchwings were also quite numerous on both trips, though photos may have been easier to take on Saturday! (Doug Gochfeld) 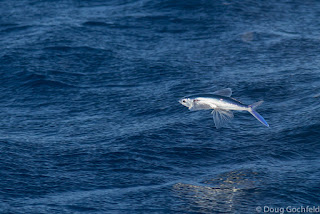 & finally, two of our handsome leaders hard at work on Friday morning - thanks for the photo Doug! George Armistead (l) & Tom Johnson (r) 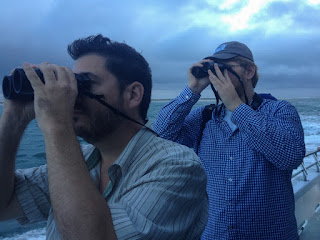 Posted by Kate Sutherland at 8:02 PM