It was good to be out in the Gulf Stream looking for seabirds after a few days of scrappy fishing earlier this week.  I actually saw a White-tailed Tropicbird on one of the fishing trips, so I was hopeful that the recent east and southeasterly winds would make a nice set up for our trip aboard the Skua today.  We had a weak cold front push down and stall yesterday and the boundary spawned the usual showers and thunderstorms last night and this morning.  We somehow managed to sneak between some areas of heavy rain on the way out and most of the electricity was up to the east of where we headed.  The slow moving storms forced us to stay in the south most of the day and the rain kept us inshore of 200 fathoms, but it didn’t matter much because we still had a great day.  We started chumming in 50 fathoms and the first storm-petrel we saw was a Band-rump.  After that it wasn’t long before the Wilson’s piled in and we even had some nice views of Leach’s Storm-Petrels feeding in the slick.  Black-capped Petrels came in quite close on many occasions and we had good looks at four species of shearwaters- Cory’s, Great, Audubon’s, and a very late Sooty.  Bridled Terns found the slick and followed at arm’s length for several minutes.  Except for a little while when we got wrapped up in the heavy rain we had a variety of birds feeding in the wake and following the boat from start to finish.  Photography was a bit tough due to the low light at times, but the clouds made for better photo ops than we would have had otherwise at midday.  Working back into the shelf waters, we saw our first Masked Booby of the year.  It made a few close passes and then flew of to the west.  Then, just as we were starting to run back to the inlet, we came upon a nice flock of shearwaters.  This flock also included a Pomarine Jaeger and a few Sooty Terns- both adults and juveniles!  All in all it was a great day to be out in the smaller boat.  It wasn’t really windy and the clouds and rain kept it cool.  The birds were hungry and they were close.   Our participants were out for their first Gulf Stream pelagic trip and they hit the jackpot.  Good diversity, close looks, and a rarity!  I’m looking forward to our next small boat adventure.  -Brian Patteson 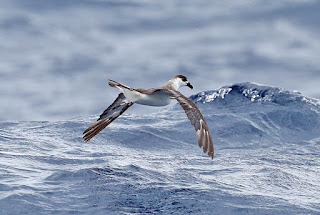 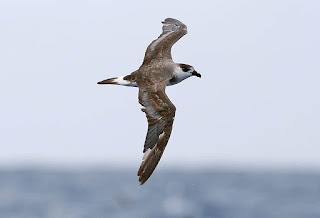 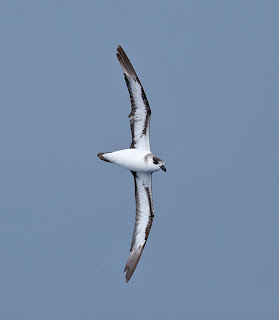 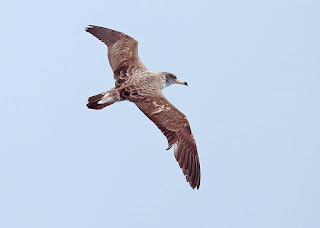 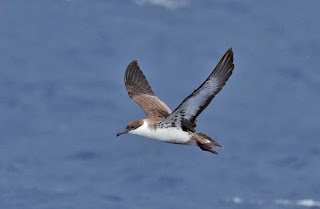 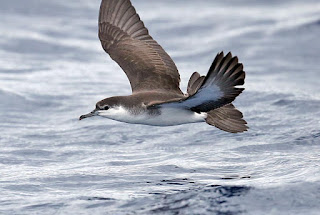 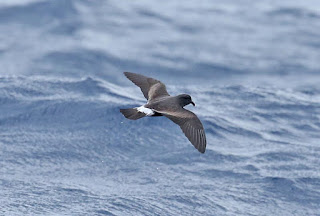 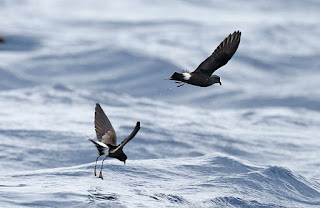 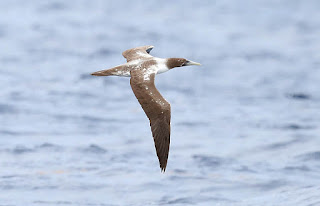 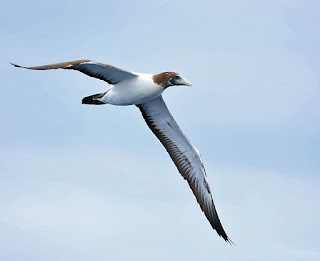 One of the first young Sooty Terns of the year! 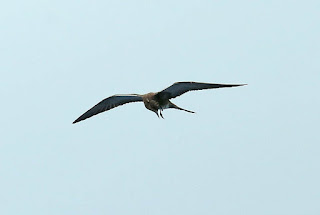 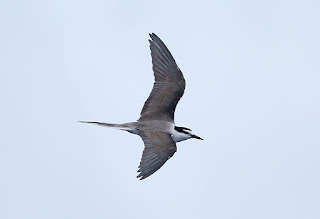 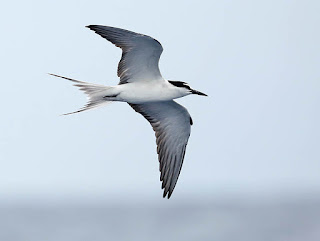 Posted by Kate Sutherland at 11:28 PM