Summer is finally here!  We were lucky with the weather for these two trips since the forecast was for rain all day Friday (we only had rain on our way to the inlet in the morning then on the way back to the dock in the afternoon) and for some gusty north winds on Saturday (the wind did not pick up until after 1pm).  The birds were cooperative and spectacular on both trips and we were able to chalk up 11 species on Friday & 10 on Saturday (plus some other non pelagic species).  The Sooty Terns are here and we encountered multiple "beehives" each day crowned by these powerful aerialists (photo by Peter Flood). 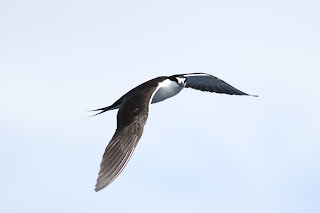 Bridled Terns, though much fewer in number, were also around and we had two come in and feed closely on chum Saturday morning (photo by Brian Patteson). 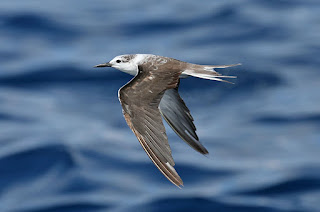 Red-necked Phalaropes have turned up again and we had approachable individuals on each trip (photo by Peter Flood). 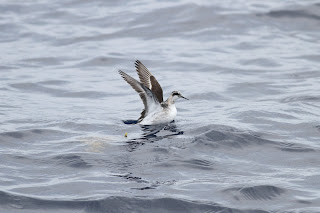 Black-capped Petrels made a nice showing and we had some feeding in the chum behind the boat each day with enough close passes for everyone to see and identify with the naked eye!  Band-rumped Storm-Petrels were also obliging, flying near the stern for excellent views and photo-ops and Wilson's Storm-Petrels made a strong showing on both trips.  The "beehives" we found were mostly composed of Cory's Shearwaters with some Great and Audubon's in there as well.  We had excellent views of all, and were especially excited to have young Audubon's Shearwaters flying closely behind the boat as they fed fearlessly in the slick (photo by Brian Patteson)! 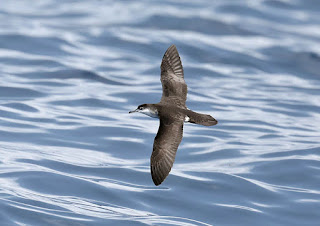 On Saturday we also had a Manx Shearwater fly by the boat medium distance in the afternoon after a less than satisfactory view of one flying away in the morning!  Friday's trip turned up a couple of Pomarine Jaegers, one in with a feeding flock was close enough for some nice views!  The surprise bird was about 1:15 pm on Friday, though.  I was in the wheelhouse talking to Brian when a shout of "BOOBY!" went out on the starboard side of the boat!  Sure enough, an immature Brown Booby flew right in to the boat and circled around for a few minutes before heading away (photo by Peter Flood)! 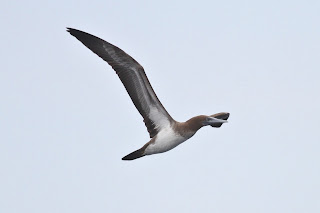 Summer seabirding is always exciting, and these trips proved just that!  We were very excited to have Kenn Kaufman join us for both trips and would like to thank everyone who came out with us for making the trips possible!  A big thanks also to Jeff Lemons & Peter Flood for helping us lead the trips (and to Peter for allowing us to use his photos here, more can be found in his Flickr album for NC - scroll down for Aug 7 & 8).

(All photos below by Peter Flood)
Black-capped Petrel 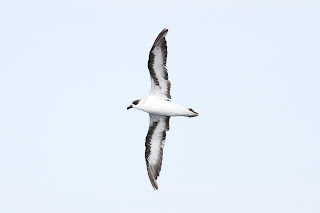 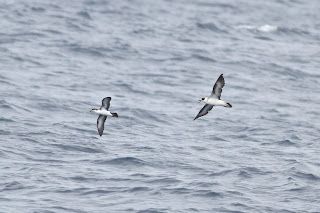 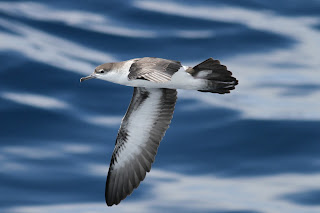 Wilson's Storm-Petrel on one of our drifts Saturday 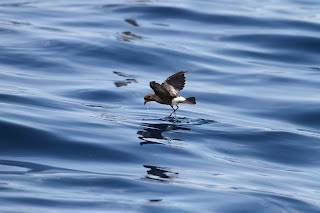 A couple of Band-rumped Storm-Petrel images from Friday's trip 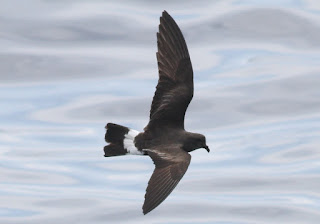 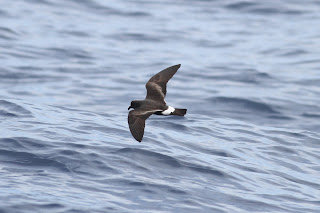 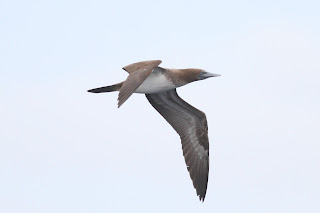 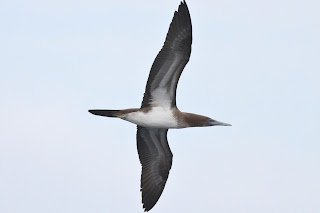 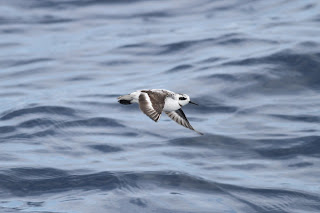 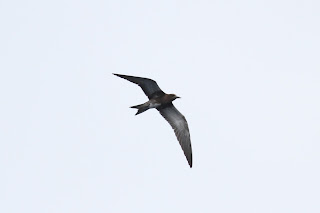 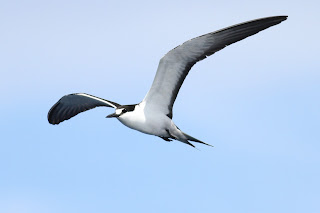 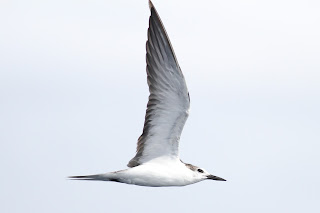 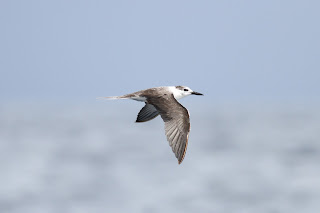 Posted by Kate Sutherland at 4:27 PM