We had pleasantly cool conditions for the small boat trips over the weekend.  We went offshore aboard the Skua on Friday and Sunday.  The north wind made for some choppy seas in the blue water but we had good close looks at the summer seabirds.  Some of the Wilson’s Storm-Petrels were almost close enough to touch as they fed busily in the slick. 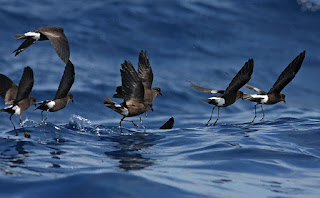 Band-rumped Storm-Petrels were present in small numbers and gave us many good views.  A single Leach’s Storm-Petrel with incomplete carpal bars and a narrower than usual rump patch got by me on Friday.  I should have taken a longer look but Kate got some photos. 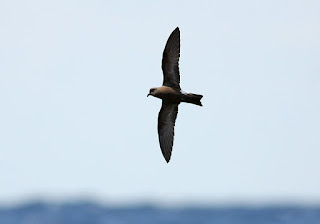 There has been some talk about the younger Leach’s looking more like Band-rumps after a Texas pelagic trip earlier this month where they saw some messy looking birds, but had a lot of photos to pour over.  It’s definitely a challenge sometimes and I remember we had a hard time with these birds when they were blown nearshore after hurricanes in years past.  Back then we didn’t have the photos to fall back on either.  Anyhow the times are changing and it’s amazing how you can take a digital photo of a distant tern or jaeger from the boat now, blow it up to full pixels, and see what you couldn’t resolve with the binocular.  I still think storm-petrels are best observed without bins if they are close enough, but there are times when you need to take a long look.

Black-capped Petrels made a good showing on both trips.  We have not had really high numbers lately, but they have feeding pretty well on our chum. 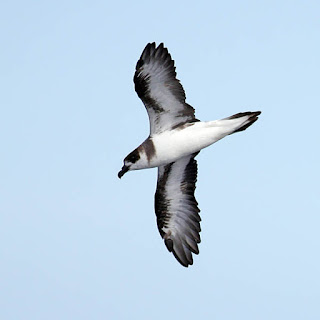 We saw the usual shearwaters.  We had modest numbers of Cory’s and Greats but not many Audubon’s.  Hopefully we will get another influx of the latter when the wind veers to the south.  We did not see any phalaropes, but between the scattered grass and wind chop that’s not too surprising.  There were a number of Sooty Terns on both days, but we did not see a Bridled Tern well until Sunday. 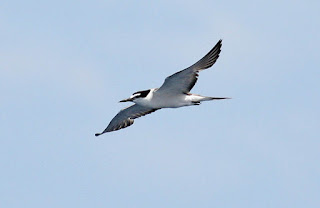 It’s amazing how many Bridled Terns we pick up with our chum slick.  There were also a few Black Terns offshore.  Three Pomarine Jaegers followed the boat for a few miles on Friday.  We were hoping for a Trindade Petrel or some other rarity, but had no such luck.  Maybe we will have a showing before the summer is over.  Bottlenose Dolphins on Sunday were the only cetaceans we saw offshore, but they put on a nice show close to the boat.   I would like to thank Kate for her hard work on deck both days and our intrepid participants- especially those who came back after bumpy trip on Friday only to have me take them out to the washing machine on Sunday when most of the birds seemed to be in the hot fast water. 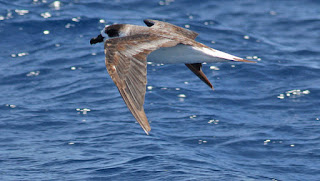 A white faced Black-capped Petrel that we saw on Sunday 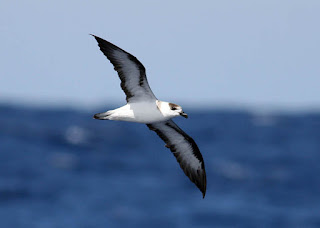 Cory's Shearwaters on the water Sunday, illustrating how to ride over a wave in rough seas! 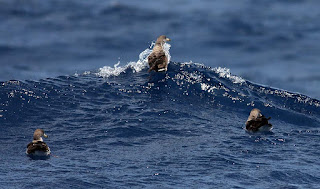 This individual looks like a good candidate for the nominate Cory's, or Scopoli's, Shearwater. 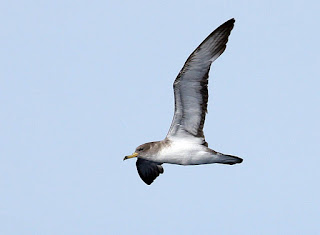 A Great Shearwater flying over the slick with Wilson's Storm-Petrels. 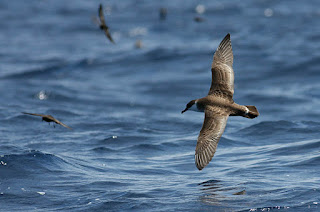 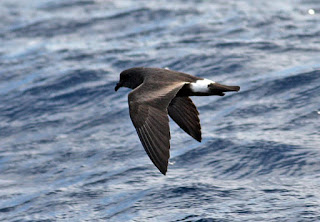 One of the three Pomarine Jaegers that followed us for over an hour on Friday! 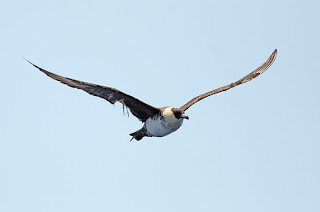 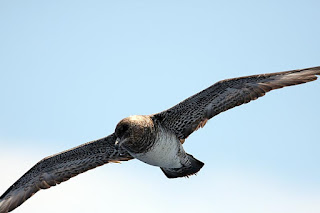 Posted by Kate Sutherland at 10:52 PM