The weather leading up to Friday's trip looked promising for good seabirding, so we headed offshore hoping to find something different after our unexpected cancellations last weekend (due to an evacuation of visitors to Hatteras Island because of a power outage, not weather!).  Thankfully we were not disappointed and slowed to look at Audubon's Shearwaters and Red-necked Phalaropes in calm seas before 0700!  There was a little bit of rain nearshore that we had to get through before we slowed down at the shelf break, but right off the bat we had some nice birds!  Our first large storm-petrel was a Leach's (photo by Kate Sutherland) 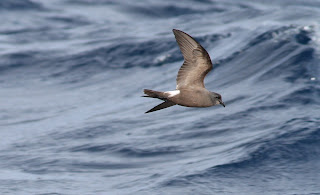 followed soon after by a Band-rumped Storm-Petrel for comparison!  Just before 0930 the bird of the weekend flew right up the slick, a dark Trindade Petrel!!!  It flew by the stern and away, circling back to check out the extra chum I put out for it and making sure that everyone had excellent views of this awesome gadfly petrel! (photo by Brian Patteson) 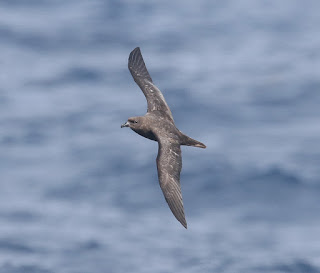 We ended up with a nice list for the day on Friday and had good views of everything we saw with a couple close passes by some Sooty Terns later in the day.  Then we were able to add a few more species to the list on Saturday's trip!  The weather was a bit more volatile Saturday with more wind in the morning and some more scattered squalls offshore, but the birds were out there and we had some incredible species and close views again!  Both trips offered good looks at Black-capped Petrels (photo by Kate Sutherland) 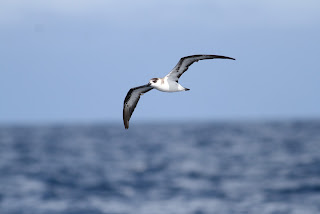 and our other Gulf Stream specialties like Audubon's Shearwaters and Band-rumped Storm-Petrels.  We also had nice numbers of Cory's and Great Shearwaters feeding in the slick and found some flocks feeding on Saturday's trip with Sooty Terns circling and calling!  Saturday we also turned up a Manx Shearwater that sat patiently on the water for us to show to people before taking off (photo by Kyle Kittelberger) 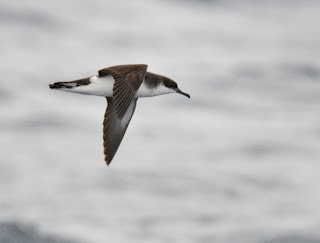 with an Audubon's, and we had some Bridled Terns fly right in to the boat so that everyone who joined us for both trips was able to get a nice look at both species of tropical tern!  (first summer Bridled Tern below by Kate Sutherland) 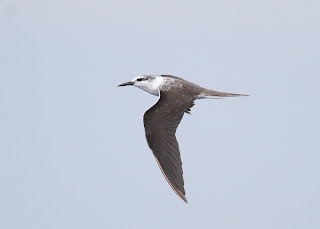 A Brown Booby was spotted on Saturday that flew by the boat at a distance, I myself did not get on it, but many people did, and it was a nice species to add to the list for the weekend!!  The highlight for me over the two day set was the nominate Cory's Shearwaters, or Scopoli's, that we had feeding in the chum!  Both days we had a nice following of shearwaters and storm-petrels behind us, but on Saturday we had between 25-35 Cory's following the boat at once!  Looking back and observing these birds, many of them were the smaller, more delicate subspecies Calonectris diomedea diomedea. (photo by Kate Sutherland) 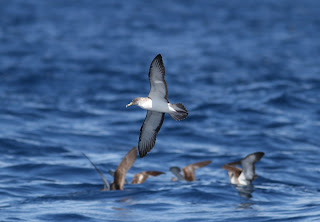 While there is still a lot to be learned about separating the two types of Cory's at sea, it seems that we see the Atlantic type, Calonectris diomedea borealis,  closer to shore and see more of the Mediterranean type out in the Gulf Stream.  It seems the Scopoli's are less wary of boats and come to feed in the chum more readily than other Cory's, but we usually just have a handful of them ever following the boat, so this was quite a spectacle!  We had good numbers of Wilson's Storm-Petrels both days, really nice views of Great Shearwaters, basically just a really good couple of days offshore with 13 pelagic species!
Thanks to everyone who joined us and a big thanks to Kyle Kittelberger, Jeff Lemons, and Ed Corey for helping Brian & I lead the trips!  A big thank you to Kyle for also letting us use some of his photos here!

Ventral shot of the Trindade Petrel by Kyle Kittelberger 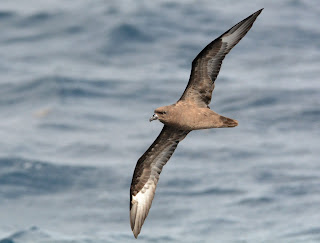 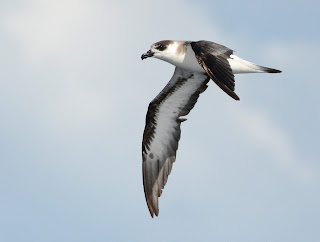 A few more images of nominate type Cory's, or Scopoli's Shearwaters, from behind the boat by Kate Sutherland 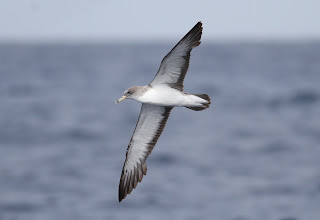 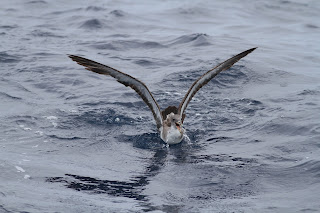 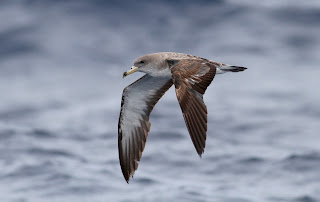 An Atlantic type of Cory's Shearwater by Kate Sutherland 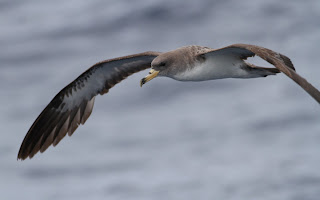 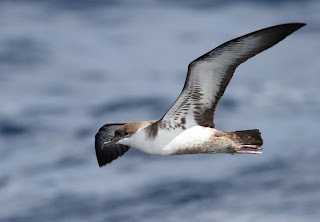 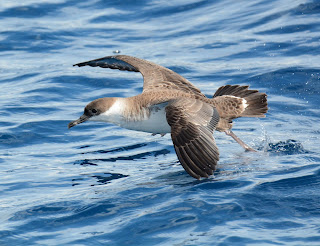 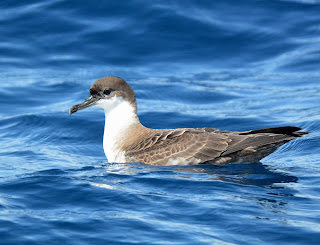 Audubon's Shearwaters on the water by Kyle Kittelberger 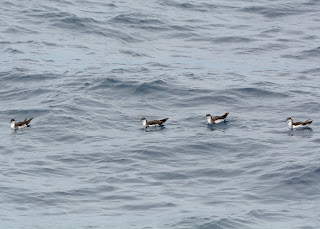 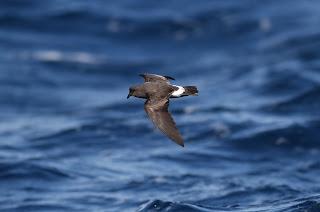 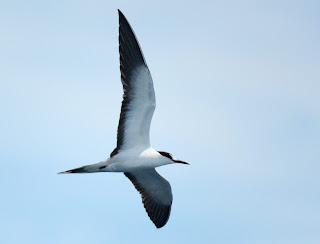 Compare this adult Bridled Tern to the Sooty Tern above, you can see the extensive white in the forehead and also the white in the underprimaries - by Kyle Kittelberger 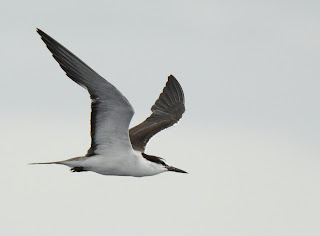 Posted by Kate Sutherland at 1:39 PM