Two weeks have passed since our last outing to seabird offshore of Cape Hatteras, and the weather has been pretty much the same since the beginning of the month - onshore southerly winds.  This unwavering weather pattern coupled with some messy water moving up from Florida produced another trip with low numbers for the summer, but excellent views of just about every species we encountered!  The wind was steady from the southwest all day on Friday, increasing a bit in the afternoon, so there was some breeze to carry the scent of the chum and get the birds up in the air if they were around.  We did not encounter any seabirds on our way to the shelf break, but once we got there we found some Red-necked Phalaropes poking around in the sargassum (photo by Kate Sutherland)! 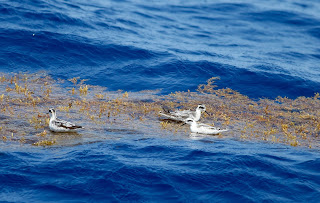 These were the first for the summer here and they proved to be the most numerous species of the day with many incredible photo ops right next to the boat!  Wilson's Storm-Petrels were next in line for numbers and we also had some excellent views of them in the fish oil slick behind us and when circling back.  Black-capped Petrels and the Cory's type Shearwaters kept their distance but were seen well enough to get the identification down for those who were out for their first trip with us.  Audubon's were scarce in spite of plentiful sargassum, but we did have one that we approached on the water (photo by Kate Sutherland). 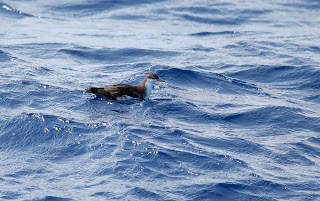 We had one Band-rumped Storm-Petrel fly in at a high rate of speed, but it paused at the slick and then flew right up behind the boat so we all had a chance to get a nice view, especially with the attendant Wilson's (photo by Ed Corey)! 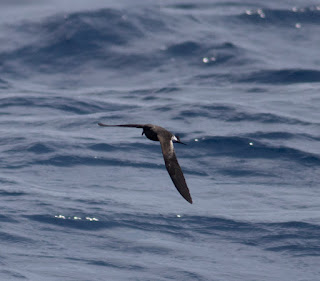 The other summertime stars were the tropical terns...we had some feeding Sooty Terns just after 9 that we were able to get among, then midday a Bridled Tern flew by!  Brian pursued this bird and when we slowed, there were three right there!  Following that encounter, a young Bridled Tern followed us, swooping down to the chum occasionally, for almost 30 minutes (Kate Sutherland)! 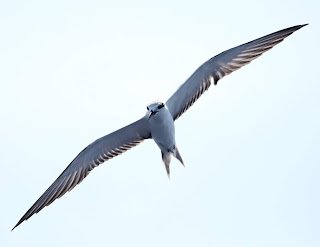 The terns showed us some nicer blue Gulf Stream water in the morning and we were able to stick with that until early afternoon.  Our hopes were that we might see that water moving up by Saturday's trip, but the winds were already blowing over 20 knots by 0430 that morning, so we ended up canceling another summer trip.  It looks like we might have a bit of a change in the weather preceding our trips next week, so hopefully we will get another chance out there to find something exciting in addition to our usual suspects.  We still have space on Friday and Saturday (8/24 & 8/25), so let us know if you want to join us!

Thank you to everyone who signed up to join us this weekend, we could not get out there without you!  Thank you also to Ed Corey for helping Brian and I lead the trip on Friday and for contributing some of his photos!

Ed Corey captured this photo of a Scopoli's Shearwater 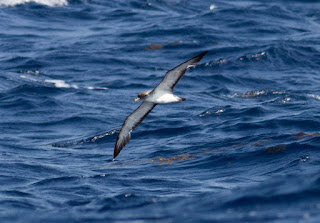 The same Audubon's pictured above in flight (Kate Sutherland) 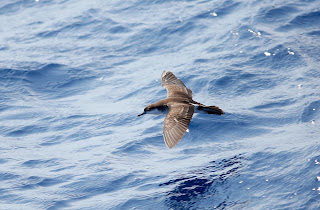 A couple more photos of the Red-necked Phalaropes.  They are no longer showing their red necks, but you can see the fine bill and streaked back that help to separate them from the larger Red Phalaropes that we see here in the winter months.  (top photo by Ed Corey, bottom two by Kate Sutherland) 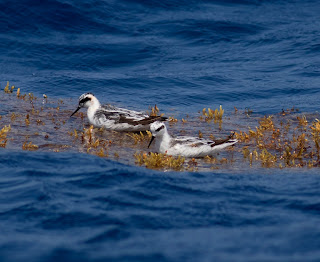 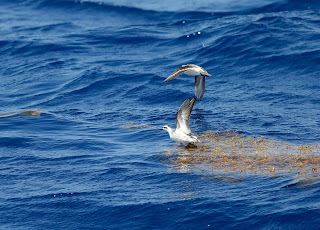 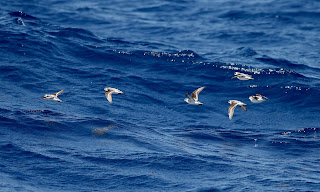 One of the adult Sooty Terns that we found in the morning, they made some really nice passes once we were able to get into position among them!  This photo shows the dark underprimaries (vs white in Bridled Tern) and the reduced amount of white on the forehead.  Sooty Terns are also blacker above and much more powerful in their flight than the slighter Bridled Terns.  (Kate Sutherland) 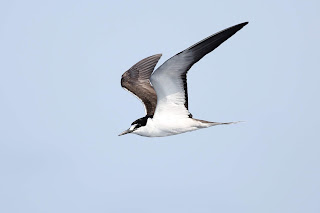 Two more images of the young Bridled Tern that followed us in the afternoon showing those white underprimaries (Kate Sutherland), another perspective by Ed Corey (below). 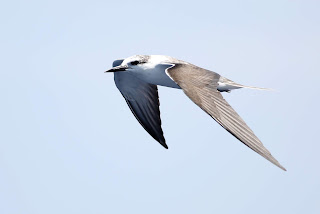 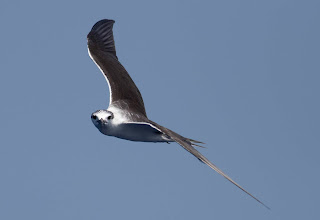 A curious Laughing Gull that came in while we were offshore of the shelf break!  (Ed Corey) 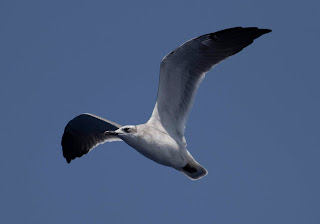 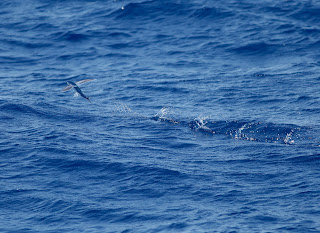 Near the shelf break we passed this NOAA vessel - on the way out and back! (Ed Corey) 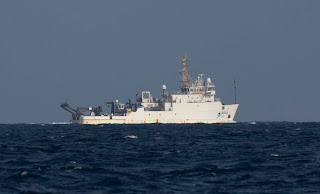