Compared to the previous couple of weeks, the weather had been drier, and well, not as windy. After 20 inches of rain here in July, it was good to see some sunshine. We actually got out to the deep three days in a row last week, as we had an offshore charter with some folks at the Duke Marine Lab on Thursday, August 2. It was still pretty windy and rough that day, and we only spent a few hours out past the shelf break. Birds were sparse, and we even did a little chumming while we were out there looking for marine mammals, which we did not find in the deep water. It was worth melting a couple of chum blocks though, because a Trindade Petrel did fly right up to the boat to investigate (photo by Kate Sutherland)! The only cetaceans we saw were Atlantic Spotted Dolphins in the shelf waters, but we found two pods, and we had them around the boat for a long time (photo by Kate Sutherland). 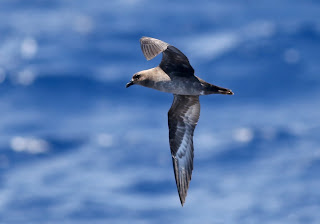 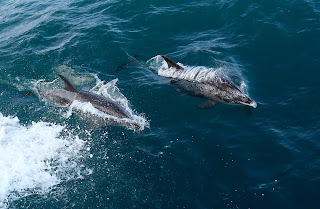 Sea conditions were a bit better by Friday morning, but it was still choppy in the inshore waters. We again found some Spotted Dolphins on our way out to the break. Birding got off to a slow start, but we did find most of the expected species with the exception of Band-rumped Storm-Petrel. Wilson’s Storm-Petrels were also scarce, as they have been on most of the trips this summer. The winds have been from the south now for days on end, and that’s not a good pattern for seeing storm-petrels here. Southerly winds are usually good for Audubon’s Shearwaters, but they have also been scarce. Nevertheless we had some good looks at Audubon’s each day (photo by Peter Flood). 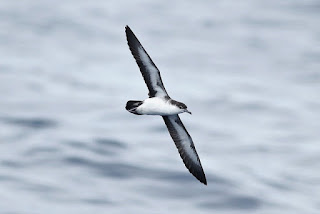 Large tubenoses were scarce overall and we saw just a handful of shearwaters each day: Cory’s, Scopoli’s, Great, and Audubon’s. Black-capped Petrels were seen best on Friday, the day we had a bit of squall activity offshore (photo by Peter Flood). 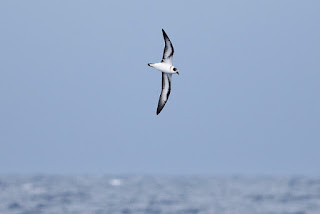 Single Long-tailed and Pomarine Jaegers were seen on Friday only. We did not have a trip on Sunday, but I kept in touch with Tom Johnson, who was on the NOAA ship Bigelow as they made a quick transit northward through the area that day.  Tom reported seeing low numbers of seabirds from the waters off Cape Fear all the way to Cape Hatteras.  His numbers of Wilson’s Storm-Petrels were shockingly low, with only 16 in well over 100 miles of steaming. Numbers of storm-petrels did pick up to the northwest of the Gulf Stream though, and he also found a White-faced Storm-Petrel about 40 nautical miles east of Nags Head late Sunday afternoon. We have seen them up there in years past, but it’s been a while since we have gone up there.

We would like to thank everyone who joined us for last week’s trips and also our guest leaders, Dave Shoch and Peter Flood. Our next trip is August 17 and we have space on all of our trips this summer and fall. See www.seabirding.com for details. 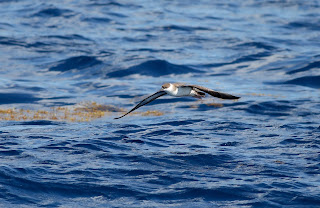 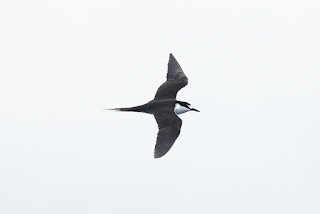 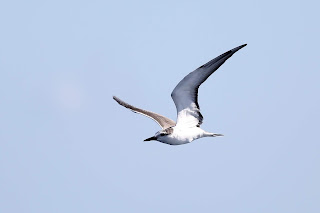 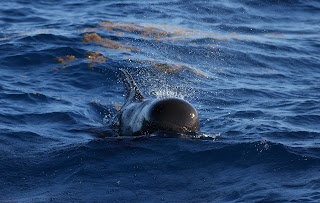 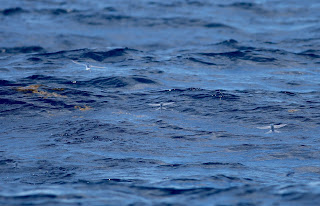 Posted by Kate Sutherland at 7:11 AM