Each day in the Gulf Stream is unlike the previous and will be unlike the following.  The 2019 Spring Blitz illustrated this point quite well, and the final day was quite unlike the previous which featured wind, large seas, and birds flying fast and arcing high!  The seas were fairly calm on our ride out to the shelf break this morning and we ran past the break before we found conditions that looked suitable to begin chumming.  Winds were light from the west, shifting around to the south and southwest over the course of the day...but they were light.  Birds were flying low, if at all, and visibility was excellent.  Audubon's Shearwaters were around in nice numbers and we approached small groups on the water first thing in the morning! (photo Kate Sutherland) 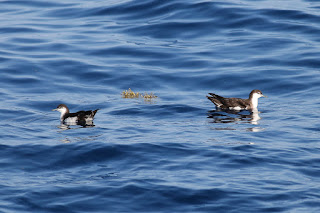 Black-capped Petrels were flying lazily along, low over the water, but were not nearly as interested in the chum as yesterday.  As we searched for a Band-rumped Storm-Petrel in the slick, a Fea's Petrel flew in from the glare!  This bird flew in low and fast and did not linger, but it came close to the boat and everyone aboard was able to see it!  For those who were with us yesterday, it was clear that Roger, the Whisky Tango Foxtrot Petrel, was larger than a Fea's Petrel!  We stopped to chum hoping that the bird would come back for another pass, but even Wilson's were tough to gather in the light winds.  As we drifted with the chum, I spotted a distant skua on the horizon.  We watched as it beat up on a couple of birds, then we picked up our chum and motored over that way.  Talking to Brian in the wheelhouse as we traveled, I looked out the port window and saw something on the water - it was dark and white - I checked it with my bins and it was a skua!  Working on something that showed white in the water which turned out to be a shearwater. (photo Kate Sutherland) 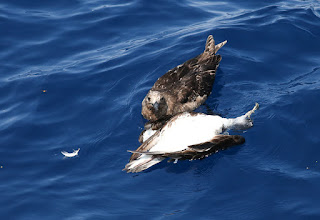 As we approached the birds, there was a Scopoli's Shearwater that flew away from the scene of the crime.  Perhaps the second of the two birds we had seen in the distance with the first falling prey to the South Polar Skua.  We were able to spend time watching the skua as it first plucked the shearwater, then began pulling its entrails from the body cavity.  As we watched, a large bull Atlantic dolphinfish, aka Mahi mahi, came and grabbed the head of the shearwater in its mouth!  Surprising us and the skua!!!  (photo Brian Patteson) 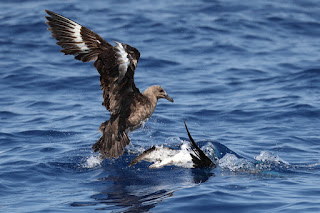 Brian quickly dispatched the fish, humans need to eat too, and the skua went back to work on its meal.  We have rarely seen a South Polar Skua with a freshly dead seabird out here in the Gulf Stream, but they are more than capable of dispatching these birds by drowning them if they are not satisfied with a regurgitated meal.  On our first trip we watched one wear out a Sooty Shearwater, camping out just above it on the water, tracking its movements, and not allowing it to surface for more than a quick breath.  They are very efficient and perfectly crafted for life as a top predator.  Death is part of life and vice versa, especially in the harsh environment of the open ocean.  What a treat to witness this tiny part of the cycle.

The rest of the day brought us incredible views of both Cory's and Scopoli's Shearwaters in the slick, Band-rumped Storm-Petrels with the Wilson's, and we even had a second summer Arctic Tern that visited us in the morning. (photo of Band-rumped Kate Sutherland) 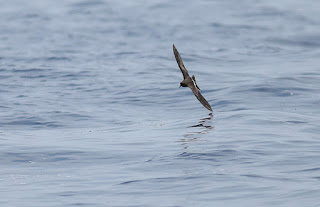 Some pilot whales (presumably short-finned) surfaced nearby in the afternoon, and we found a nice flock of shearwaters inshore of the shelf break on our way home.  This flock was feeding over some skipjack tuna and consisted of Cory's and Audubon's Shearwaters.  We followed them for a bit before motoring for Hatteras Inlet.

Brian and I would like to thank everyone who joined us today, especially our leaders Steve (NG) Howell, Sea McKeon, Peter Flood, and Nick Newberry.  We have space on the rest of our trips this year, check out our schedule if you are interested in joining us!  http://www.patteson.com/schedule/gulf-stream-trips/ 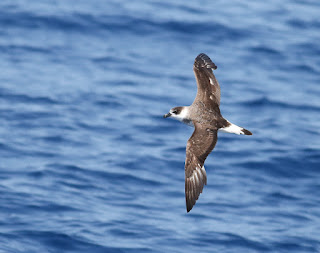 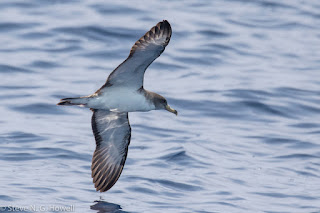 With increasing experience, dorsal Scopoli’s can be picked out from Cory’s by structure, especially the small head and relatively slender, or shallow, bill (Steve Howell) 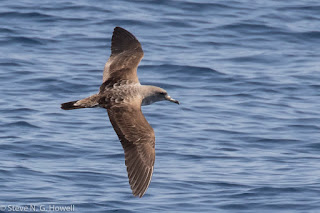 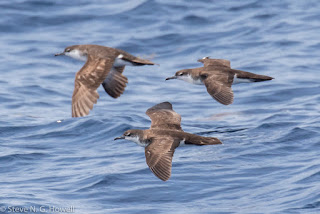 Unlike the American Ornithological Society (formerly AOU), this South Polar Skua has no problem splitting Cory’s Shearwater (a caption only Steve Howell can write! :) 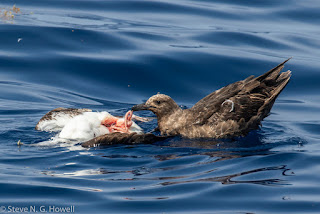 The low seas made for great viewing and photo ops with numerous flyingfishes. For more information on these remarkable critters, check out Steve Howell’s book, The Amazing World of Flyingfish (Princeton University Press, 2014; https://press.princeton.edu/titles/10221.html) 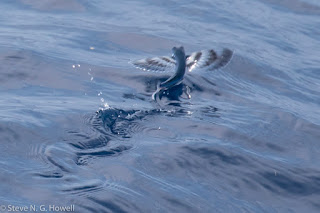 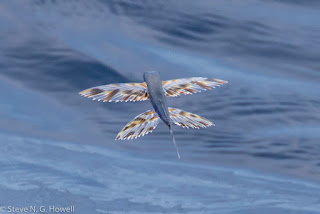 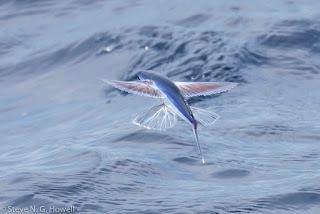 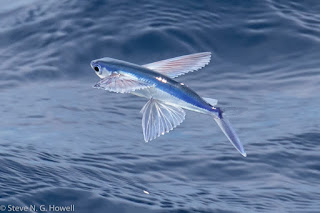 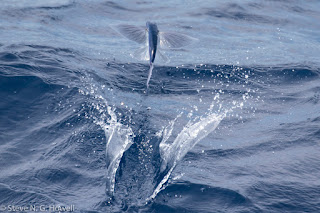 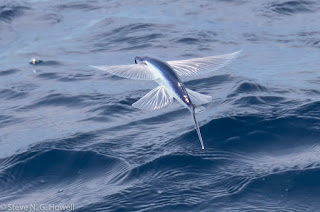 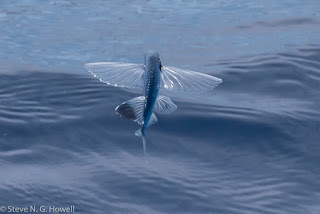 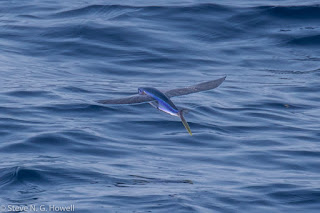 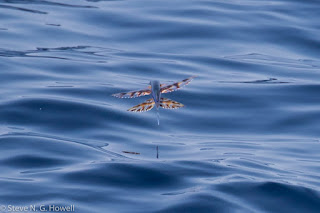 Posted by Kate Sutherland at 5:45 PM