We decided to keep the boat in Wanchese as another winter storm moved through on Thursday and Friday, knowing the weather still might be a bit unsettled to get offshore on Saturday, we again pushed back to our weather date of Sunday the 23rd.  Gale force winds from the north and northwest pushed cold water right down around Cape Hatteras and set us a nice temperature break offshore.  (image courtesy of marine.rutgers.edu) 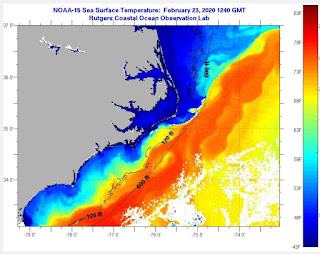 This break seemed a bit far for us to reach from Oregon Inlet, but not out of the question.  So we headed towards Wimble Shoals to the southeast first thing hoping to turn up a Common Murre.  There was an incredible flight of Red-throated Loons in the morning and flotillas of Common Loons seemed to be popping up everywhere as we headed down Hatteras Island.  Razorbills were flying, but not in the numbers we found last weekend (Kate Sutherland), 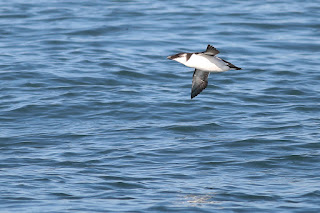 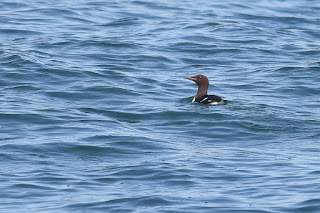 Water temperature increased a bit as we moved offshore getting into the mid to high 40s.  Bonaparte's Gulls were scattered along a tide line that also held a couple of Red Phalaropes and our first Dovekie!  Right at 11:30 we saw our first Atlantic Puffin and everyone was able to get a good look at it.  As a number of people were talking about our chances of Great Skua just before noon, one flew right in to the boat from the sun glare (as they often do!) and down the starboard side before it flew off to harass our gull flock!  Excellent views and super exciting encounter (photo by Ed Corey). 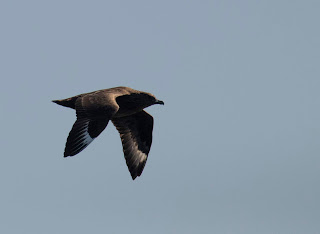 As we continued to make our way offshore, hoping to find a temperature break, we saw a few more puffins and a couple of loggerhead turtles.

Finally, around 12:30, we hit a temperature break that was a 15 degree change!  It was likely the little finger of water visible in the satellite image above just to the east of Avon.  This change was full of life, a Manx Shearwater zipped by when we arrived, we found almost 50 Red Phalaropes sitting with Bonaparte's Gulls, Dovekies and puffins were out there, and the edge was teeming with hammerhead sharks! (photo by Ed Corey) 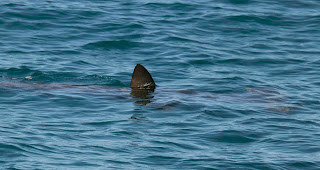 It was awesome!  We had a little under an hour in this productive area, then headed back inshore where the auk show continued until around 3 in the afternoon, after which we just found Razorbills.

A pod of short-beaked common dolphins, or saddlebacks, made an energetic rush to the bow in the afternoon as well, checking us out and then moving on, riding our wake for a few minutes before they headed back offshore (Kate Sutherland). 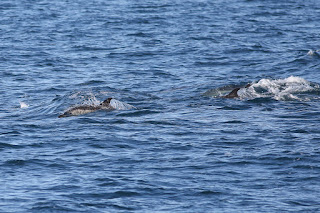 As we approached the inlet we found the Red-throated Loons still moving by to the north and east, and a humpback whale blew once and surfaced ahead of us before giving us the slip.  It was another great trip from Oregon Inlet, and our last for the season.  Thank you to everyone who made it possible to run our winter trips this year and to Ed Corey for helping us to lead this last trip and for contributing photos for the post!

The Red Phalaropes seemed to be everywhere when we got to the temperature break / color change! (Kate Sutherland) 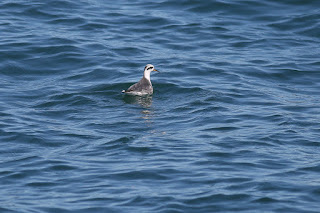 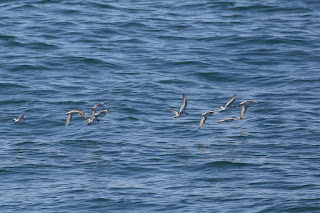 Dovekies were not quite as cooperative as they have been on other trips this winter, but at least we had a few that showed well, just not very close. (Kate Sutherland) 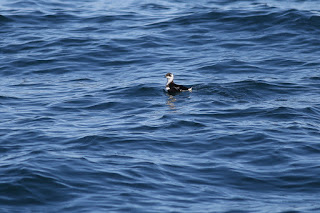 Ed captured this cool image of Razorbills with the new Marc Basnight Bridge and old Bonner Bridge both in the background! 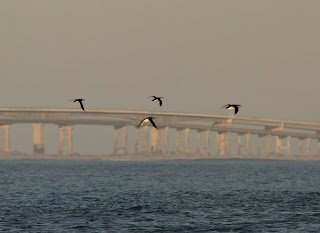 It was neat to see adult (L) and young (R) Razorbills together! (Kate Sutherland) 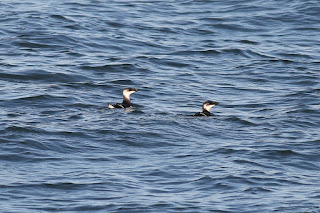 Atlantic Puffins were also not as cooperative as they were last weekend, but Ed captured this nice image of one! 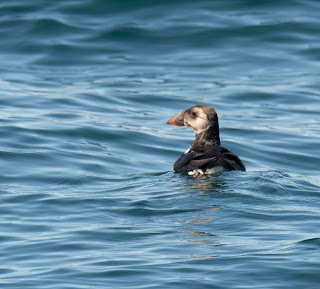 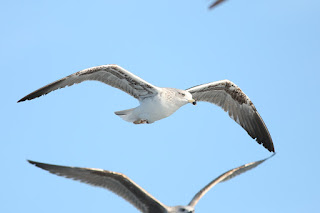 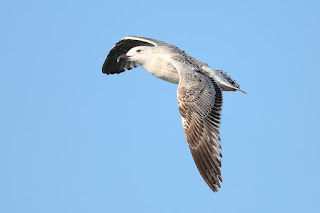 But as usual, the Northern Gannets were the stars behind the boat!  This weekend they came in well for some nice photo ops! (Kate Sutherland) 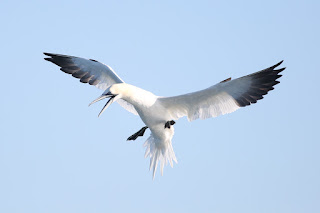 This is the underside of an adult gannet as it enters the water - pretty interesting perspective! 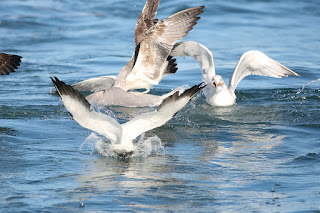 But the best photos were of the darker, young gannets! 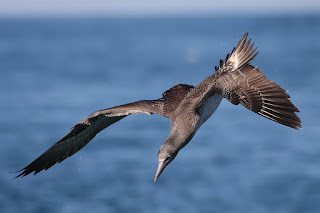 One of the large Loggerhead Turtles we saw, we also saw at least one smaller one (Kate Sutherland) 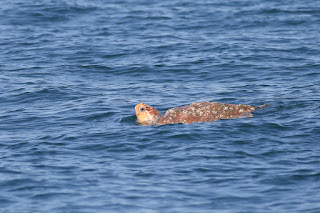 And one more artistic take on one of our hammerhead sharks! (Kate Sutherland) 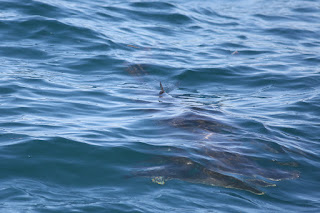 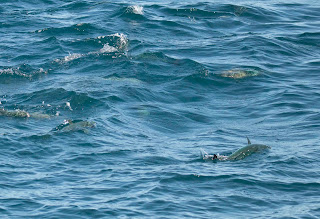 Posted by Kate Sutherland at 4:49 PM