The winds were our typical summer direction this past weekend, southerly / southwesterly, skies were sunny and the Gulf Stream water was quite warm!  At times these conditions can be a bit difficult, especially if the winds fall out and we're just searching for birds sitting around on the water.  Luckily we had a bit of breeze at some point on each trip and we were able to find some Black-capped Petrels (photo by Peter Flood)! 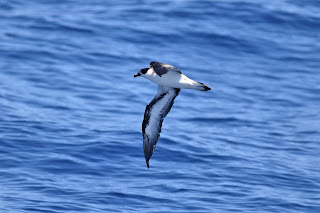 Those we saw on Friday were mostly distant and in flight while we were lucky enough to find some flocks on the water Saturday.  At one point we had as many as a dozen!  While they didn't come in to the chum (they must have been feeding well on squid and other prey items), we did get to see them take off and fly quite close to the boat more than once.  For those who were able to join us for both trips they certainly saw our signature species well!  Another deep water species that was more cooperative than usual, and responsive to the chum was Band-rumped Storm-Petrel.  We had around 40 individuals on Friday's trip which is certainly more than we typically find on a couple of trips.  Our first sightings were around 0930 that morning and we set out a chum block to see if we could attract some close to the boat...that was a success and our luck just continued from there.  One Band-rumped who was feeding on what looked like a squid sat very nicely for us as we approached (photo below by Kate Sutherland), and over the course of the weekend we passed a number of squid on the surface.  Which could help to explain the lack of interest in our chum! 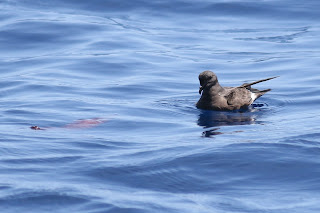 Friday's trip found all of the shearwater species we expect to see in the summer, Cory's, Scopoli's, Great, and Audubon's, some of these were in a nice little feeding flock over some skip jack tuna mid-morning so we has some nice views and comparisons!  Finding some beehives in the summer can be super productive, so we were lucky to see most of our shearwaters in these natural feeding groups.  As the tuna feed on baitfish they push it to the surface kicking the shearwaters into action, taking off and staying with the feeding school until they move deeper under water...then repeating the whole sequence again and again, tracking the feeding fish.  We even got to see one of these feeding groups form near our slick on one of the trips!
Since we didn't see any tropical terns over the feeding groups on Friday we were afraid they still hadn't shown up yet...but on Saturday we found them!  There was a nicer sign of Sargassum on Saturday's trip and first thing in the morning we found some terns working over a line of the floating, brown algae.  First to come into view were a couple of Black Terns, but then a Bridled Tern flew in!  And a couple more followed that one including our first juvenile Bridled Tern of the year!  As the adult and juvenile worked their way down the line we saw a few more tropical terns in the distance that turned out to be some Sooty Terns.  Not a bad way to start the day!  As we worked this nice condition an immature Long-tailed Jaeger came to join the others zipping by us in pursuit of an Audubon's Shearwater (photo by Ed Corey). 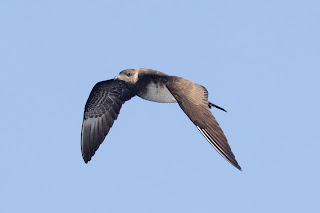 Before 0900 we had already added three species to the trip set!  Red-necked Phalaropes were another bonus on Saturday because while we had seen a couple on Friday's trip they were not nearly as cooperative as they were the following day.
Saturday we also had time to dip some Sargassum, there was a lot more life in it than we've been seeing so far this summer and we were excited to see what we might turn up.  A few of our participants were interested in seeing if we could find a Sargassum Fish!  While one wasn't in the bit of floating algae we dip netted from the water, participant Ashwin Srinivasan photographed some of the patches near the boat and sent me this photo the following day!! (check out the bottom right if you don't see it right away!) 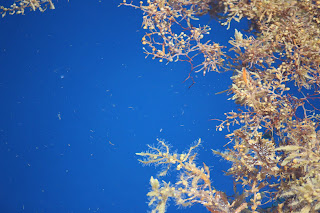 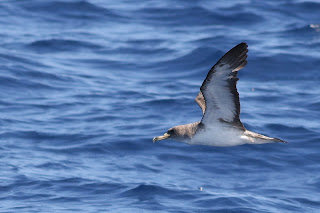 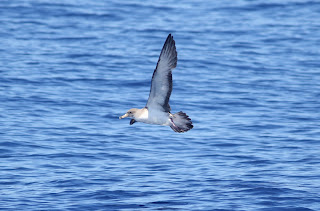 Great Shearwaters were not super cooperative, but the Audubon's were!  Not surprising with the calm conditions and Sargassum we found out there on Saturday.  (Kate Sutherland) 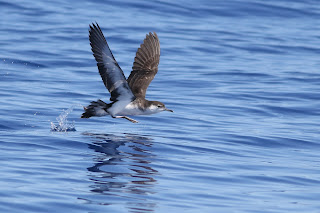 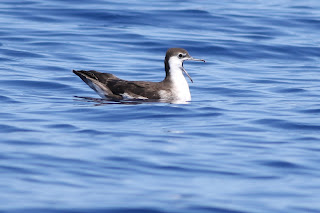 On Friday the long-legged Wilson's Storm-Petrels were pretty close to Band-rumpeds in number!  Not something that happens often (Kate Sutherland) 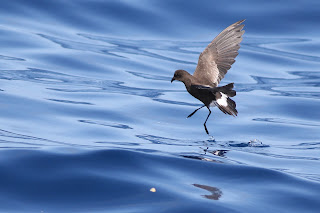 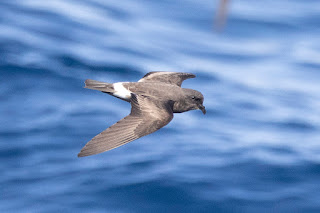 Here is a Band-rumped Storm-Petrel front center with some Wilson's Storm-Petrels.  It was really cool to get some of these mixed flocks sitting on the water! (Peter Flood) 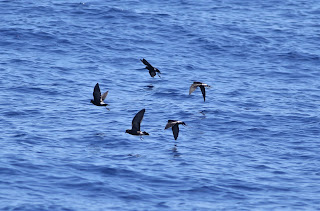 We had a number of Red-necked Phalaropes on the water later in the day on Saturday (Kate Sutherland top, in flight by Ed Corey bottom) 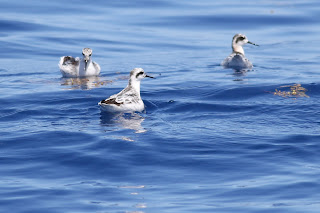 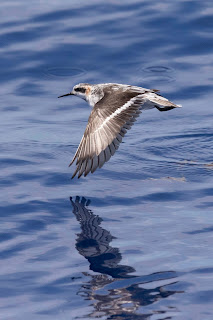 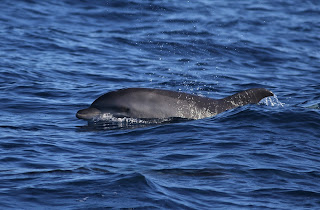 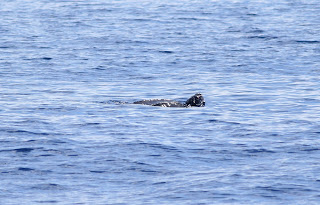 I was excited to see this flying fish with dark "wings" and Peter got a photo of it! 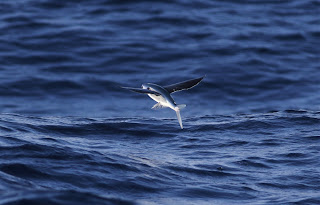 And a few images from our Sargassum dip!  Top a Sargassum Pipefish (Syngnathus pelagicus) and bottom a Sargassum Swimming Crab (Portunus sayi) (both by Kate Sutherland) 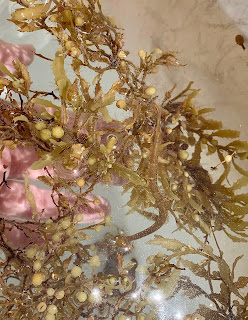 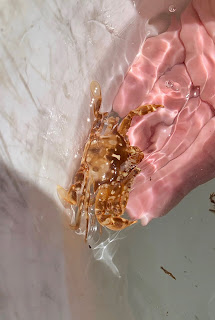 Posted by Kate Sutherland at 6:47 PM