It's been a while since we had a pelagic trip in Hatteras, but it does not mean we have not been to sea. We've been busy with fishing charters and research trips, with just a few days ashore since late May. During that time, there has been a good influx of shearwaters, especially Great Shearwaters, which have recently arrived in force off the eastern US coast, bound for colder more productive waters in the North Atlantic. Our friend Nate Dias in Charleston, SC usually organizes a pelagic trip to the Charleston Bump every spring and this year he had to reschedule it a few days later because of strong northeasterly winds. He and five other birders did get out on Friday June 22 and made the long trip to the Bump and beyond. The Bump was eighty-some miles out and they made it out even past that. Out on the bump they found a Fea's Petrel which was either in SC or GA waters depending on how you slice it up. Either way, a great record as there just are not enough trips down there to find these birds on any kind of regular basis. In Hatteras, we only need to go 25 or 30 out miles find them, and we have had some good luck with them in mid to late June in years past. It was a good week for Fea's Petrels as another was seen on Tuesday, June 19 a mere 5 miles SE of Montauk, presumably the first for New York. We've never had it that close to Hatteras, but we have seen it as close as 12 miles once before. When you consider how fast these birds fly, it does not take long for one to turn around and buzz back out past the shelf break in an hour or two, depending on the wind. Our next trips are coming up in a couple weeks- July 7 and 8 from Hatteras. There is still a chance for Fea's Petrel and a variety of rare species, but it is also a great time to get out and see a good number of regulars as well. See our website- http://www.seabirding.com for more information.

Photos of SC Fea's Petrel courtesy of Nate Dias:
(more photos can be found at http://www.flickr.com/photos/offshorebirder/) 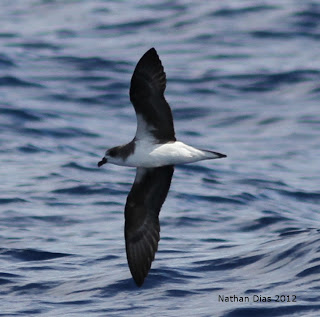 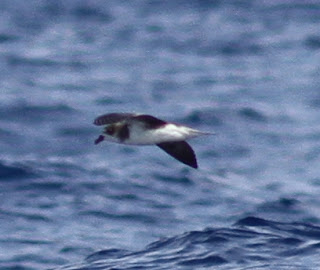 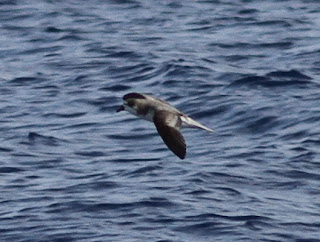 Posted by Capt. Brian Patteson at 8:51 AM