The fresh northwest wind continued, making for a pleasant ride out when we could stand at the bow and watch flyingfish shoot ahead of the boat. Birds were relatively slow today, but Wilson's Storm-Petrels showed well, with both fresh young birds not yet in wing molt and older birds well into wing molt. The 'Band-rumped Storm-Petrels' today were both in wing molt, presumably from the winter-breeding population known as Grant's Storm-Petrel. Black-capped Petrels made the occasional pass and in mid-morning a Manx Shearwater made a brief but close pass in good light and was enjoyed by all. The highlight of the day for some was a group of about 30 flying squid that shot out from the water to gasps of surprise. These little-known denizens of the tropical deep oceans are rarely seen and more rarely photographed. Today's group was too fast for the cameras, but below for kicks is an image of flying squid Steve Howell captured last year in the tropical Pacific.


heading out in the morning... 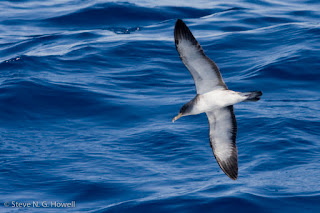 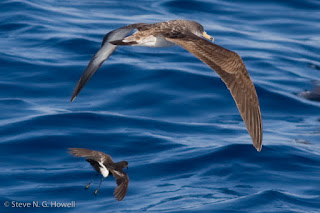 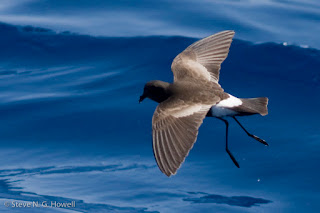 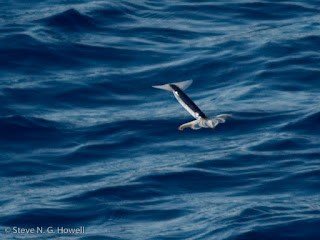 Posted by Kate Sutherland at 9:37 PM