In addition to our regularly scheduled trips over the weekend, we also ran charters Monday & Tuesday organized by Mike Lanzone for the Pennsylvania Society for Ornithology.  So we had trips five days in a row, with each turning up the expected species and some extra excitement as well.  Here we just will cover what was seen by species over the five days instead of breaking down each trip separately.

The highlight came during the two days of chartered trips with four individual Trindade Petrels seen in under an hour Monday morning!  There were at least two individuals flying around in the slick at once and many, many close passes by these dark birds.  It took photo investigation to conclude that we had at least four birds that morning.  On Tuesday, we had a Sooty Shearwater that surprised us in the morning, flying in quickly to the slick, low on the water lending thoughts to a small, dark gadfly petrel. Then, just thirty minutes later, an intermediate Trindade Petrel flew into the slick with three Black-capped Petrels, darting down to the water and landing a few times before coming in for a nice pass by the starboard side of the boat!  It was amazing to find these birds two days in a row and perhaps it means they are out there this summer, we'll see what we turn up this weekend!

Black-capped Petrels were seen in increasing numbers over the five days with the lowest number on Friday and highest on Tuesday.  Perhaps the new moon made them hungry, or perhaps they are just beginning to show up more in this area - it seems earlier in the year there were large numbers to the south of us - either way, we were excited to see them feeding in the slick like Wilson's Storm-Petrels!  There were dark faced individuals finishing up their molt with just a couple primaries to go, and a few white faced birds that were in strikingly fresh plumage!

Shearwaters, as mentioned in the last post, are scarce this summer compared to most.  Cory's numbers, like the Black-cappeds, increased each day with the most seen on Monday, though they were not in any group, but seen scattered over the day.  It seems we were lucky to see some Great Shearwaters each day, though a few days the views were distant, we did have a few individuals on the water that allowed us to approach them for great views and photo ops!  As I mentioned earlier, we did have one Sooty Shearwater show up on Tuesday the 13th for a quick pass, but it was the only individual to be seen over the course of the five days.  Young Audubon's Shearwaters are showing up and they are a treat to see!  While we did not see very many of them, we did have some quality encounters so that hopefully everyone was satisfied!

Wilson's Storm-Petrels are beginning to taper off for the season, but we were still able to recruit some to the slick each day!  We had some glimpses of Leach's Storm-Petrel on Friday's trip, but no others appeared on successive days.  Band-rumped Storm-Petrels made a strong showing on the early trips, also beginning to taper off by Monday and Tuesday.  We typically see them moving out towards the end of August, but they could be moving early this year.  At least the individuals seen made some close passes by the boat so that everyone had good looks!

Red-necked Phalaropes are beginning to show up again and we saw them on Saturday, Sunday, and Monday's trips, though not in large numbers!  We were able to approach some small groups for some very nice views!  The tropical terns were out there, just not in the numbers we sometimes see in the summer.  We had Bridled Tern on all but one trip and some nice looks at Sooty Terns on Sunday and Monday's trips.  A first summer Long-tailed Jaeger flew into the slick on Monday, showing well, a nice surprise to round out our species list for the five trips!

Cetaceans were rare over the five days with just a few groups of bow-riding offshore Bottlenose Dolphins and a glimpse of some Spotted Dolphins on Tuesday.  We want to thank everyone who joined us on this five day stretch, especially our leaders: Dave Shoch & Bob Fogg!  Also thanks to the Pennsylvania Society for Ornithology for chartering us Monday & Tuesday!  Trip lists will be posted on our website, so please look for those there! 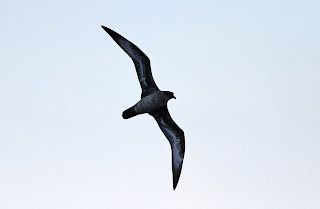 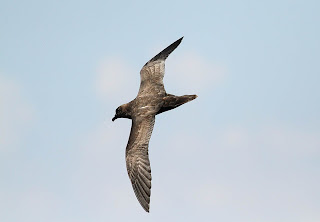 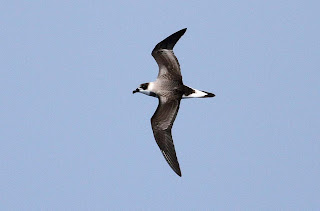 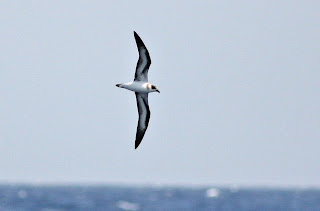 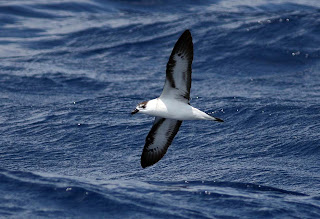 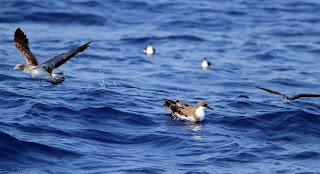 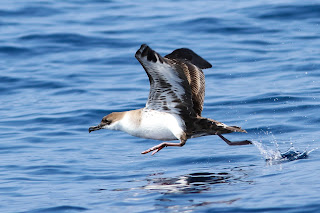 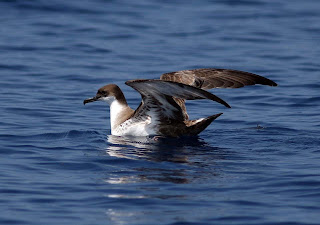 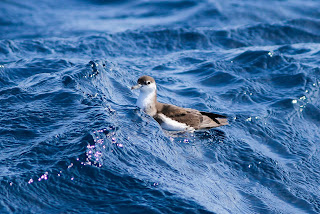 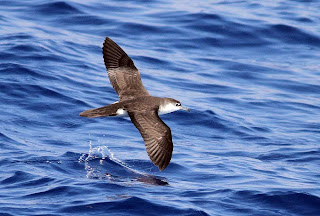 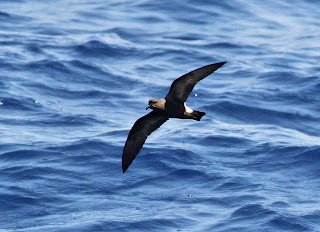 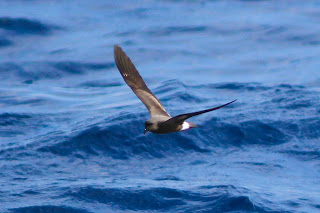 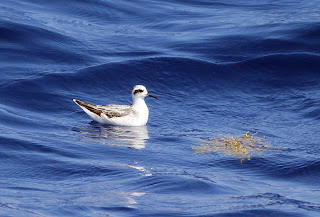 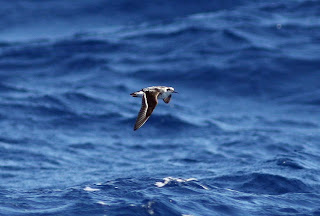 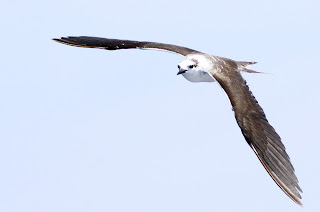 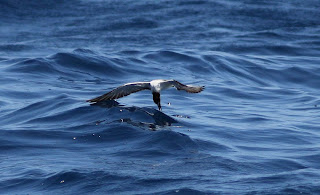 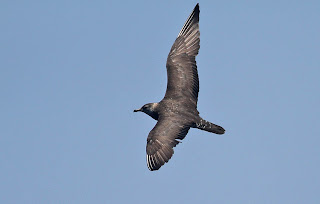 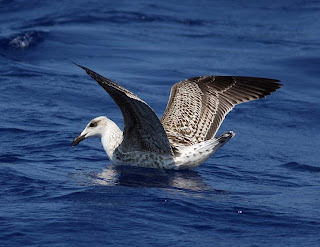 Posted by Kate Sutherland at 8:36 PM