Five eager participants were at the dock before 0530 Friday July 11th to kick off our second trip set in the Discovery Series.  Believe it or not, this is a full boat for these trips aboard the F/V Skua!  These were the first trips scheduled since Hurricane Arthur passed over us a week previously and with the storms that had moved through Thursday night and Friday morning we were not sure what to expect.  When the cloud cover is dense, it is tough to get a good satellite shot of the water temperatures offshore, but we found the hot water and swift Gulf Stream current (up to 4kts on Friday!) just a little farther out than usual.  Friday was a bit breezy from the southwest, but that evening more storms moved through and while it was not in the forecast for the day on Saturday, we experienced some amazing weather offshore in the morning!  Waterspouts were seen in squall lines just offshore and we were hearing reports from fishing boats just hundreds of yards away from them.  The storm line that threatened to overtake us as we headed offshore was 24 miles long and full of lightning!  This, plus a shift to more northerly winds, helped keep the temperature cool on Saturday. 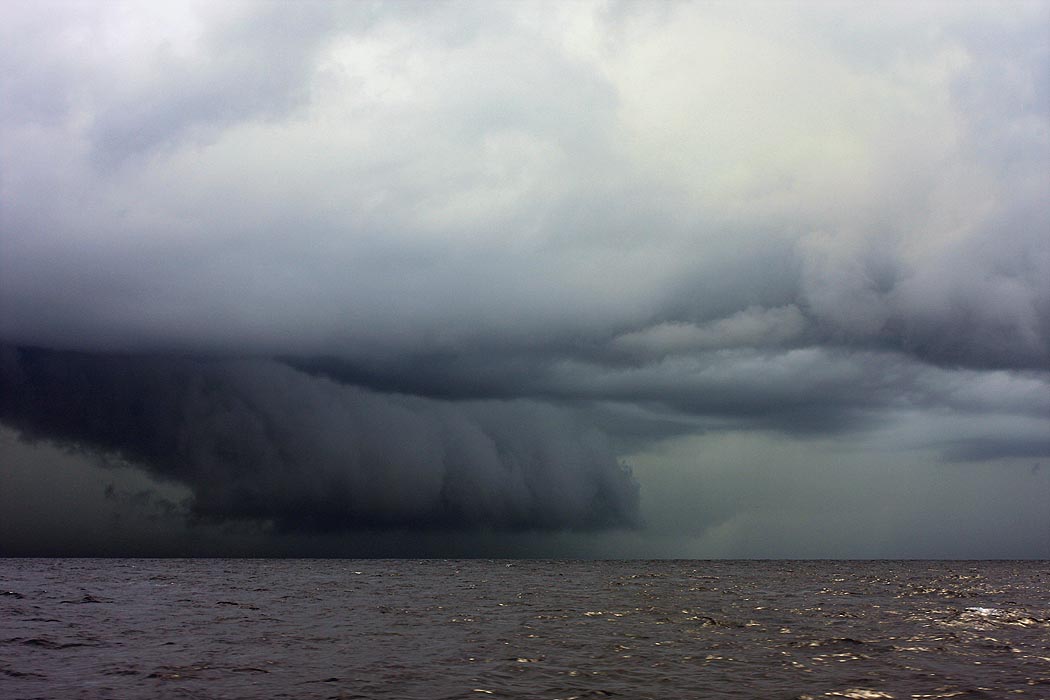 Black-capped Petrels were just not as hungry this weekend as they were on our previous outing, and perhaps there were not as many around.  Moon phases seem to have an effect on how well birds respond to the chum and we had a full moon that peaked on the 12th of July, so it could be that many of these birds were sitting around on the water, full, unwilling to expend the energy to fly to our slick.  Regardless we had some individuals make close passes by the stern and a couple even followed closely while we fed them chum!  Saturday morning just ahead of the storm line we saw many individuals flying around, as happens when there is wind - they find it!  Most Black-cappeds seen were intermediate, like the one pictured below, and dark-faced individuals. 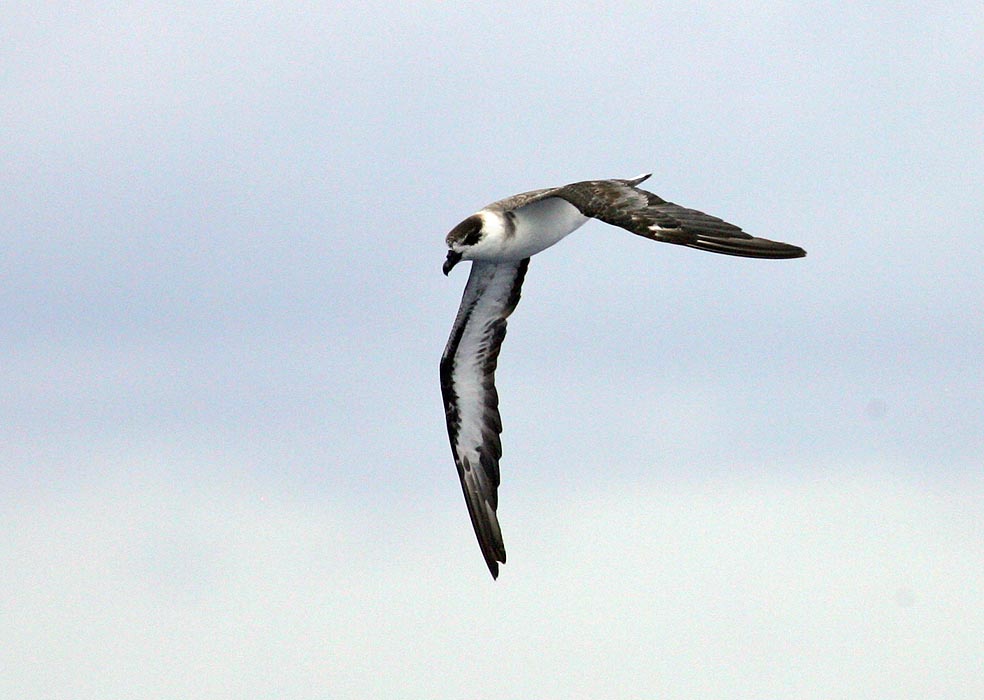 Typically the summer sees an increase in numbers of shearwaters but we barely got out of the single digits on Saturday and we stayed there on Friday!  Cory's, Great, and Audubon's were seen each day with marginally higher numbers seen on Saturday's trip when there was more Sargassum around and we had some wind to get them flying.  Nonetheless we had close looks at all three species and each joined us in the slick over the two day set!  As with the Black-cappeds, the birds were really flying ahead of the squall lines. Great Shearwaters were our best customers, Brian got this photo with a 200mm zoom lens.

Wilson's Storm-Petrels were our most numerous tubenose over the weekend.  We had good views of Band-rumped Storm-Petrels both days, and while a few Leach's were seen, we had better views on Friday!  As expected, the Band-rumpeds made nice, close passes by the stern so that everyone aboard was able to study this larger, warm water specialty.  While the light was not the best this weekend for photos, Brian captured this nice image of some of our Wilson's: 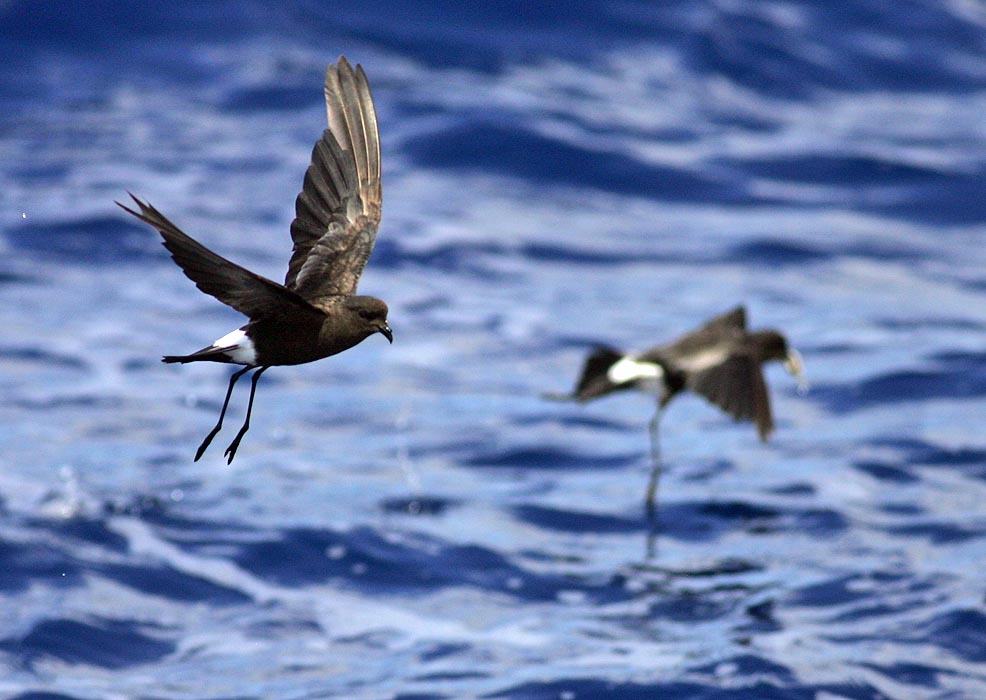 And I was able to get at least one sharp photo of a Band-rumped, in a position that makes for a tough id...the tail looks forked, but it is just the way the bird was holding it! 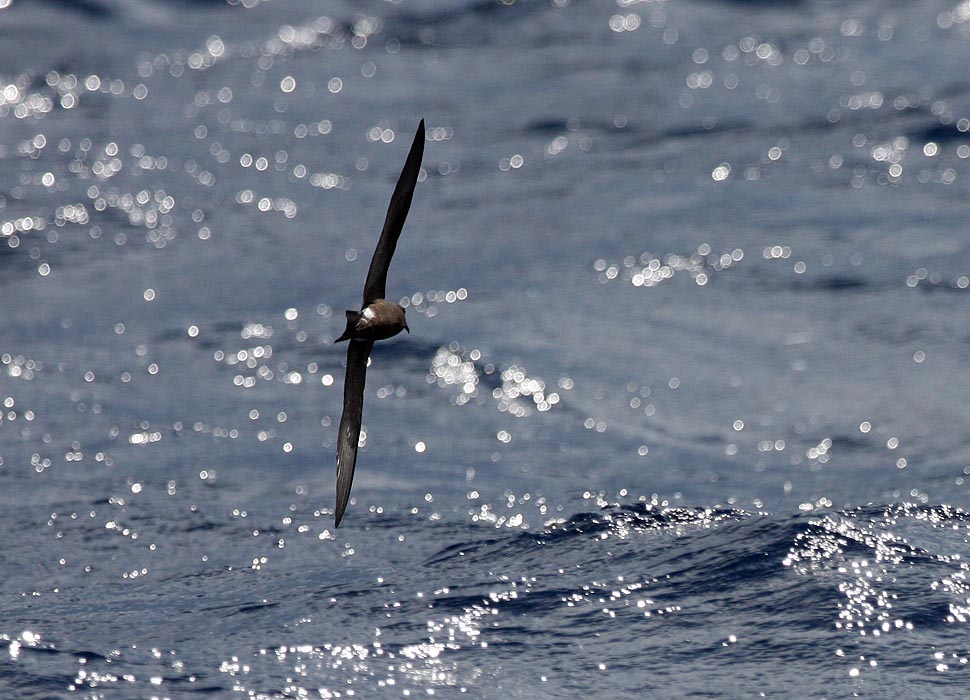 Tropical terns were in short supply but we did have two perched Bridled Terns on Friday and one that came in to the slick on Saturday.  The first one spotted on Friday was our first adult of the season!  It sat on its perch and allowed us to approach closely. 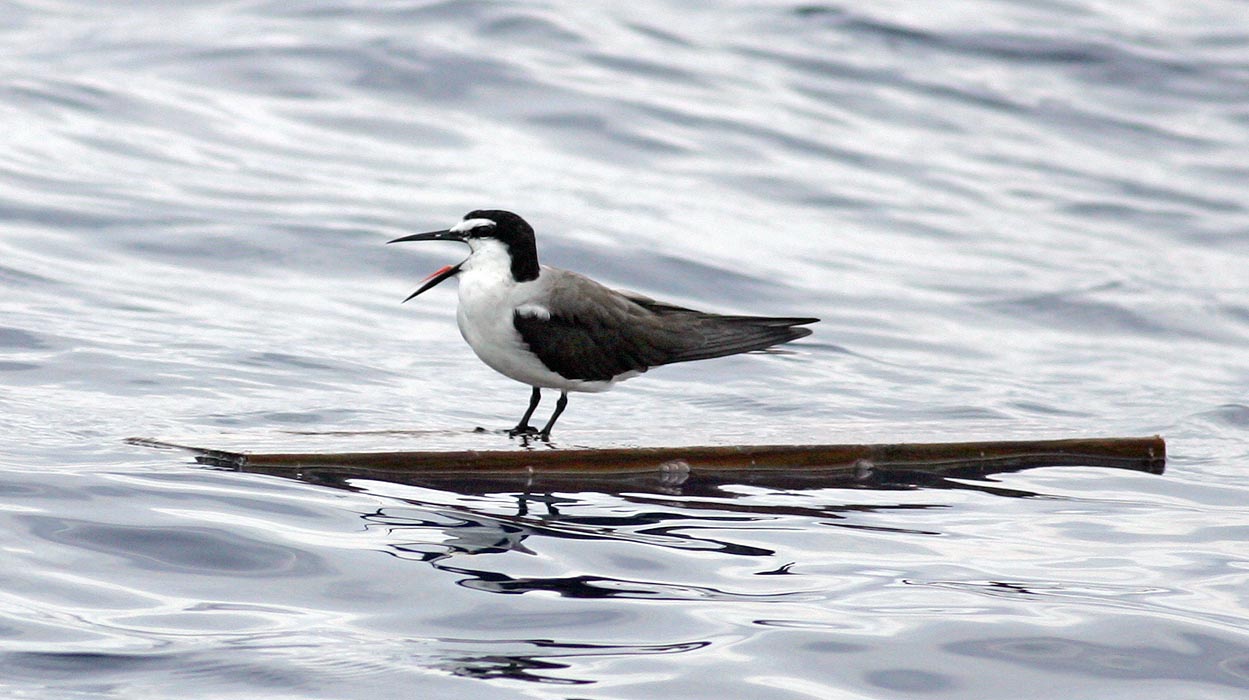 The other two individuals, younger birds, were more typical of what we see this time of year.

While conditions were fairly good for spotting cetaceans, we only saw some offshore Bottlenose Dolphins and a handful of Spotted Dolphins.  Each day we were lucky to encounter enough Sargassum to dip some and examine it closely.  Friday we were rewarded with a young Sargassum Fish (Histrio histrio) who was just as big as a fingernail on your pinky finger!  It was a beautiful orange color and the frilly pectoral fins they use to grip the sargassum were visible when held in a bit of gulf stream water!

We would like to thank everyone who came out with us on this set.  We covered a good portion of the globe with birders from Australia, England, Canada, the west coast, and a few east coasters thrown in for good measure!  Our next trips are July 25, 26, & 27 aboard the Stormy Petrel II with leaders Nick Bonomo & Tom Johnson.  We hope to see you out there!  Trip lists from this set are posted on our website here. 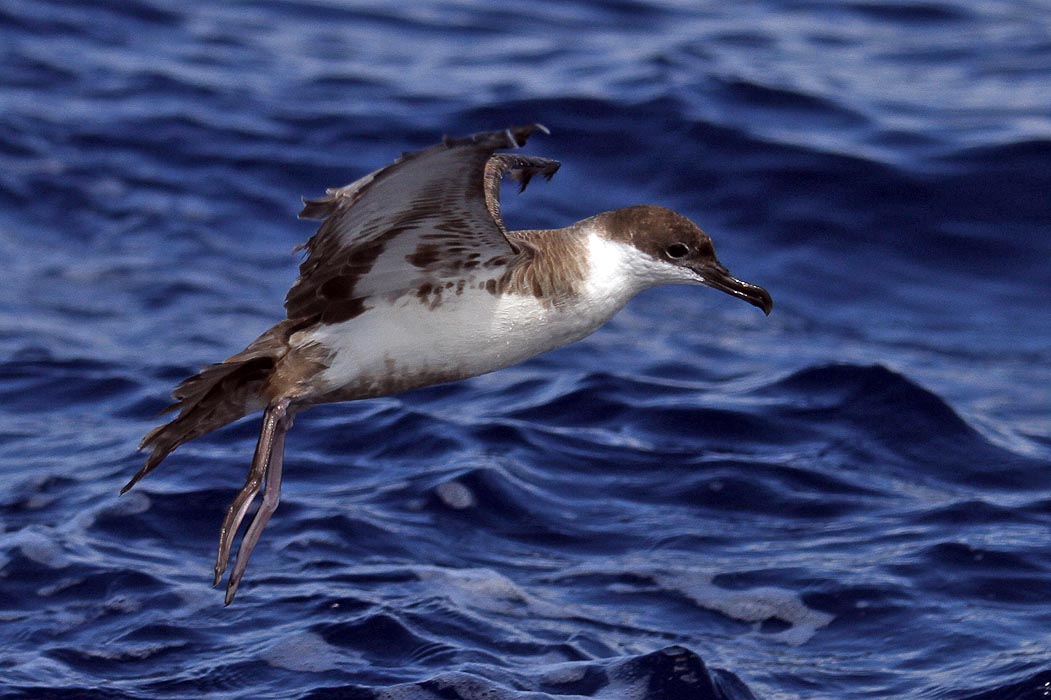 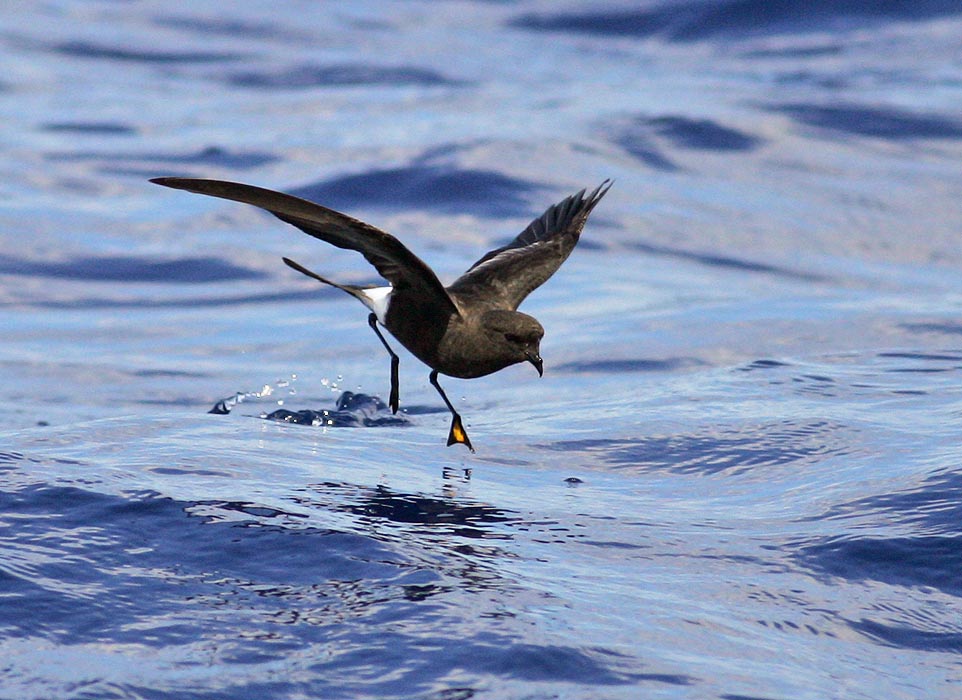 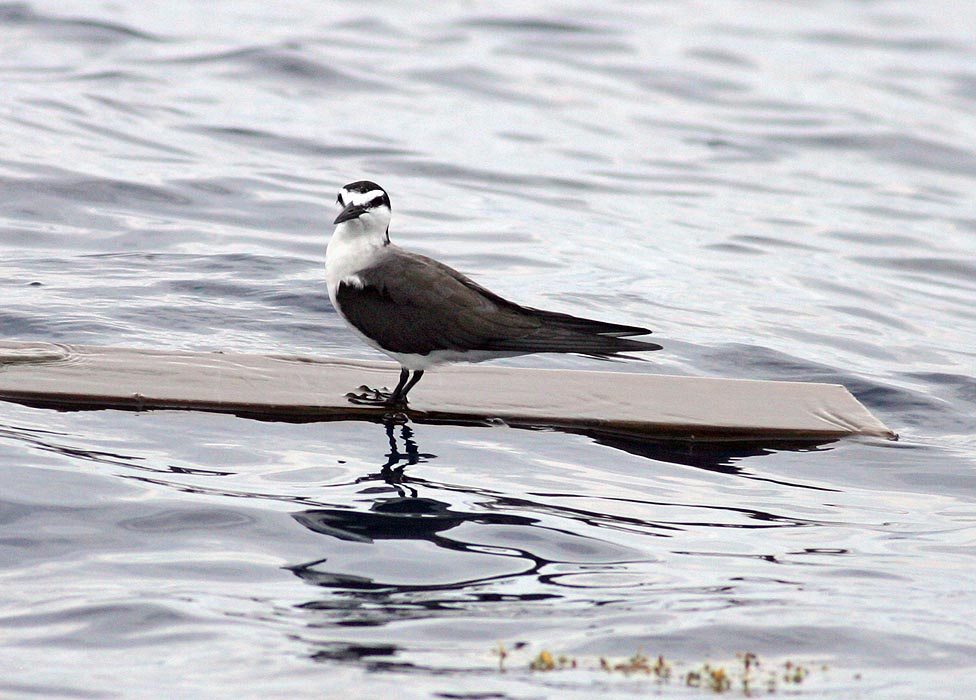 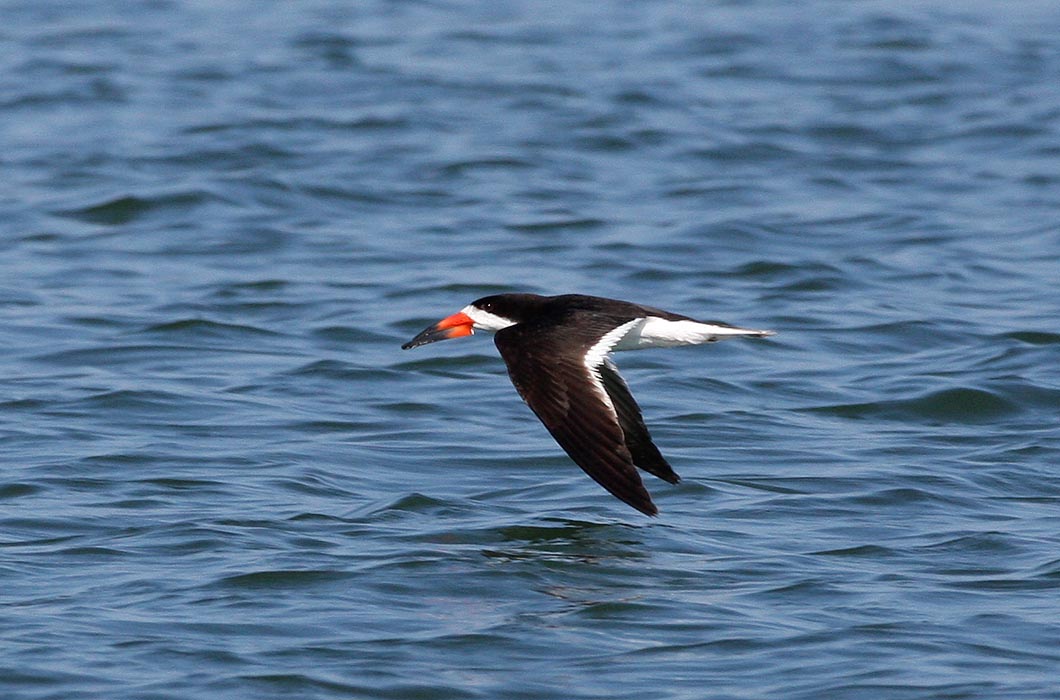 Posted by Kate Sutherland at 8:03 AM