The welcome arrival of a cold front here last Thursday night brought pleasant conditions and a cool breeze on Friday morning when we headed out to sea in search of pelagic birds.  Sunrise Friday morning (Jeff Lemons): 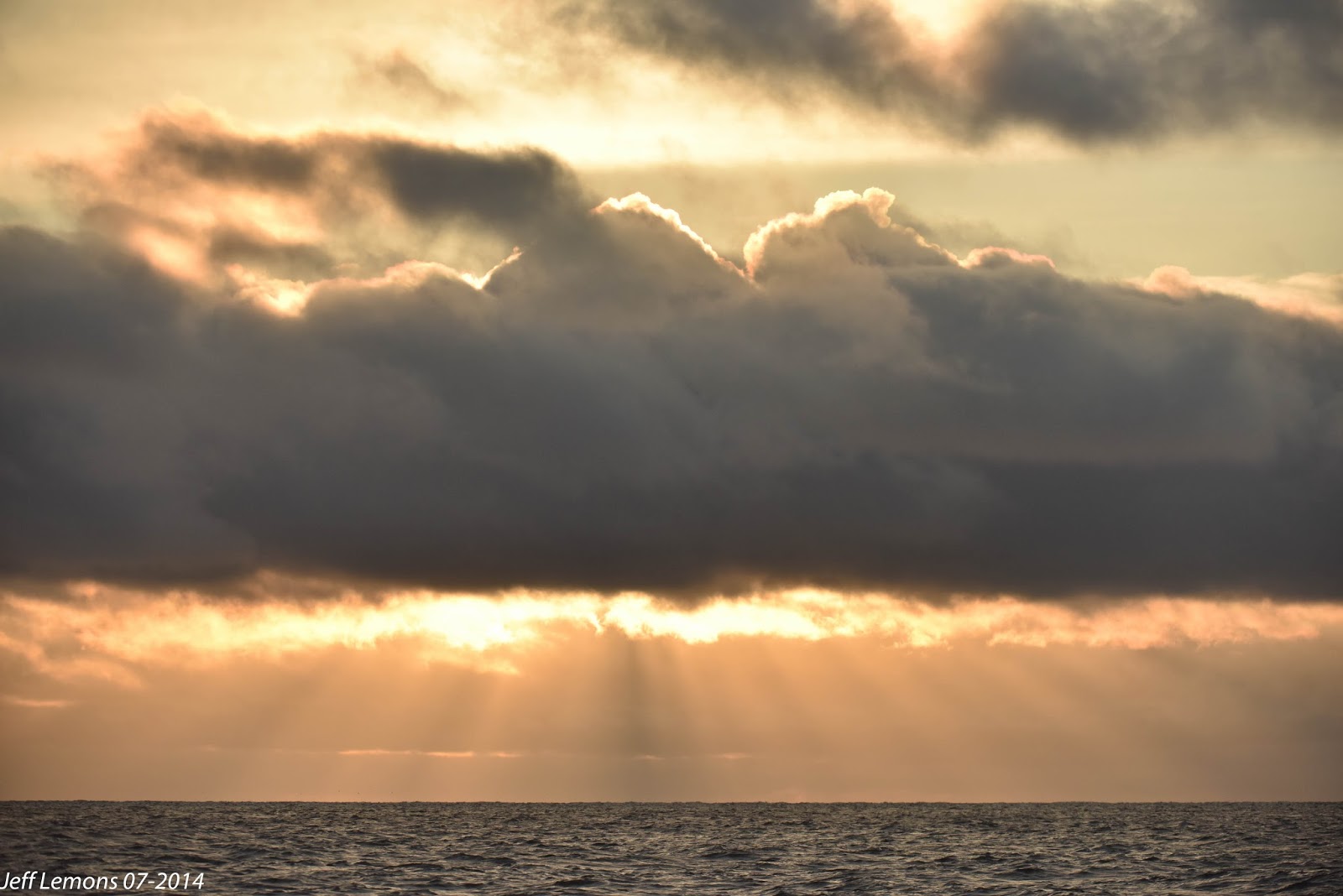 There was not much to see in the shelf waters, so we headed out to the deep, where there were large numbers of Wilson's Storm-Petrels that quickly gathered behind the boat (photo by Doug Gochfeld). 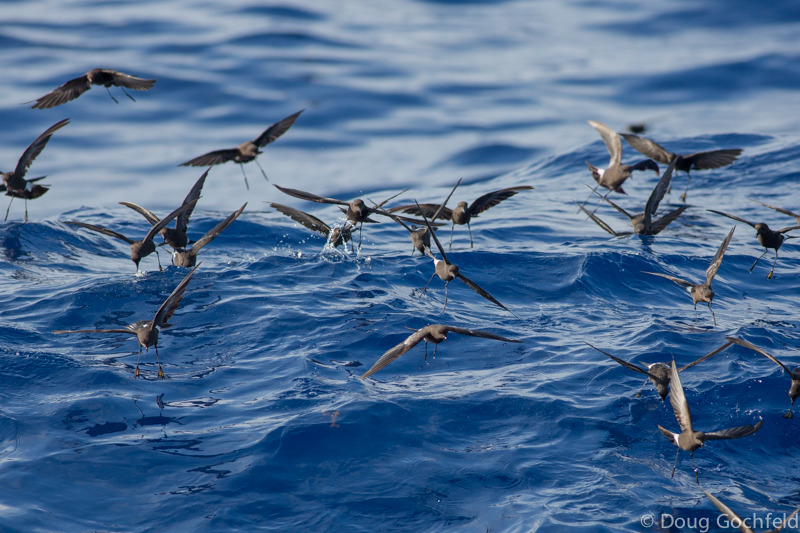 A few Band-rumped Storm-Petrels found our chum slick as well and by back-tracking we got some good looks at them (photo below by Nick Bonomo). 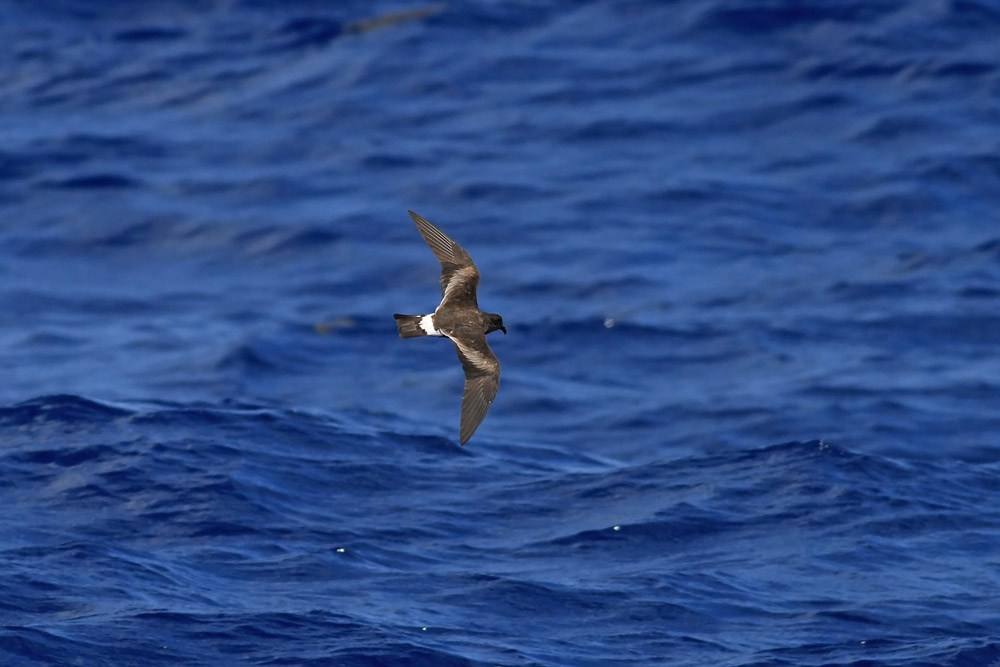 Most days, Band-rumps don't stay in the slick as long as the Wilson's and this was one of those days.  We saw a good number of Black-capped Petrels, with many showing interest in the chum and passing by at close range.  As the morning went on, the activity waned and I slowly continued heading offshore, hoping for a tropicbird, different gadfly petrel, or maybe some Leach's Storm-Petrels.  It paid off for us when a light morph Trindade Petrel came right in to the chum (photo below by Doug Gochfeld). 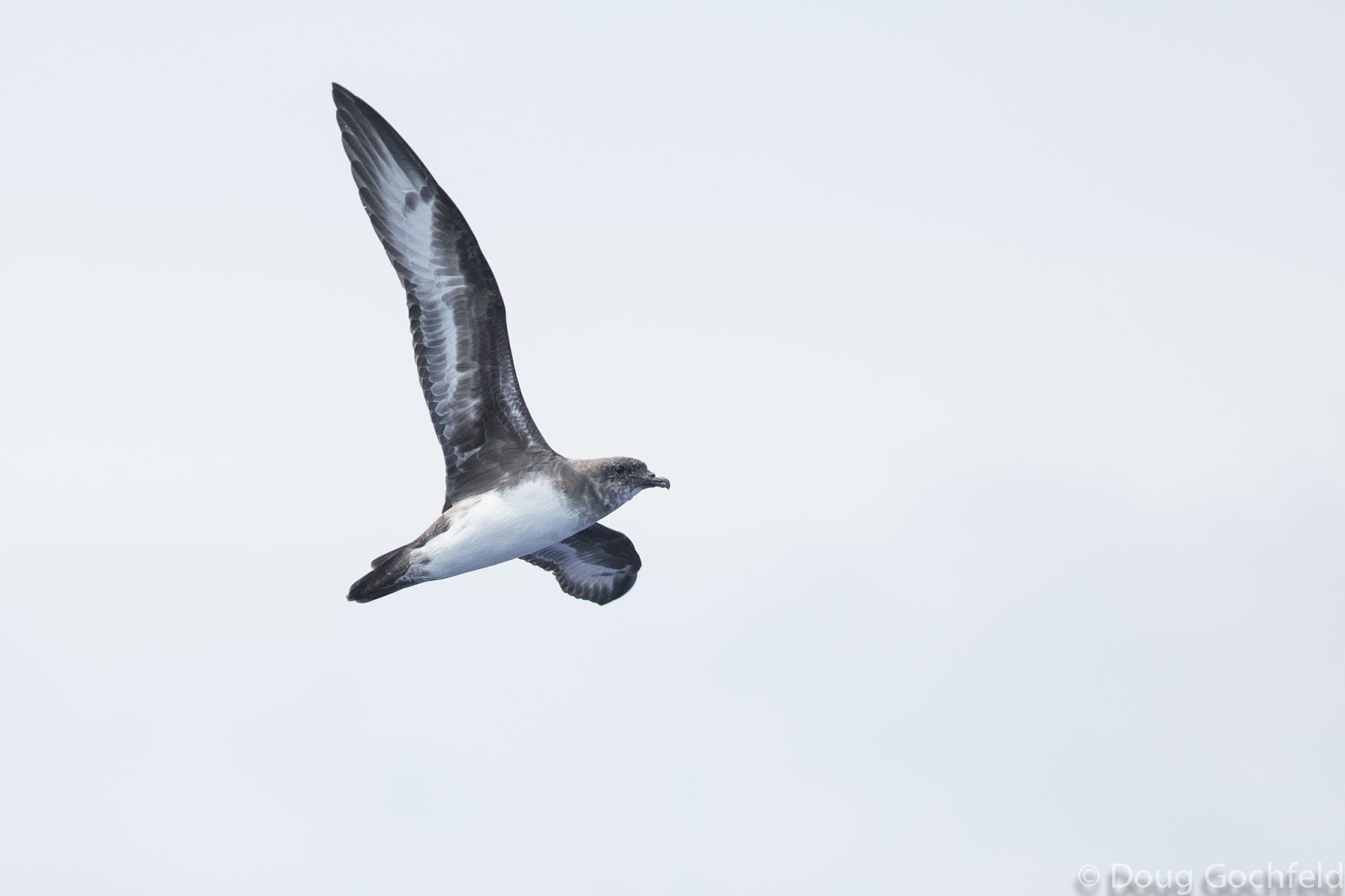 Otherwise birds were very scarce 34 miles out, so we headed back toward the shelf break.  We saw a few more birds over the slope waters but not much inshore.  There was a lot of Sargasso weed but it was scattered badly - not a good situation for Bridled Terns - which we did not see on Friday.  We did, however, see a lot of flyingfish in the afternoon and these presented a good challenge for photographers (photos below by Tom Johnson & Doug Gochfeld of Sargassum Midgett & Atlantic Patchwing). 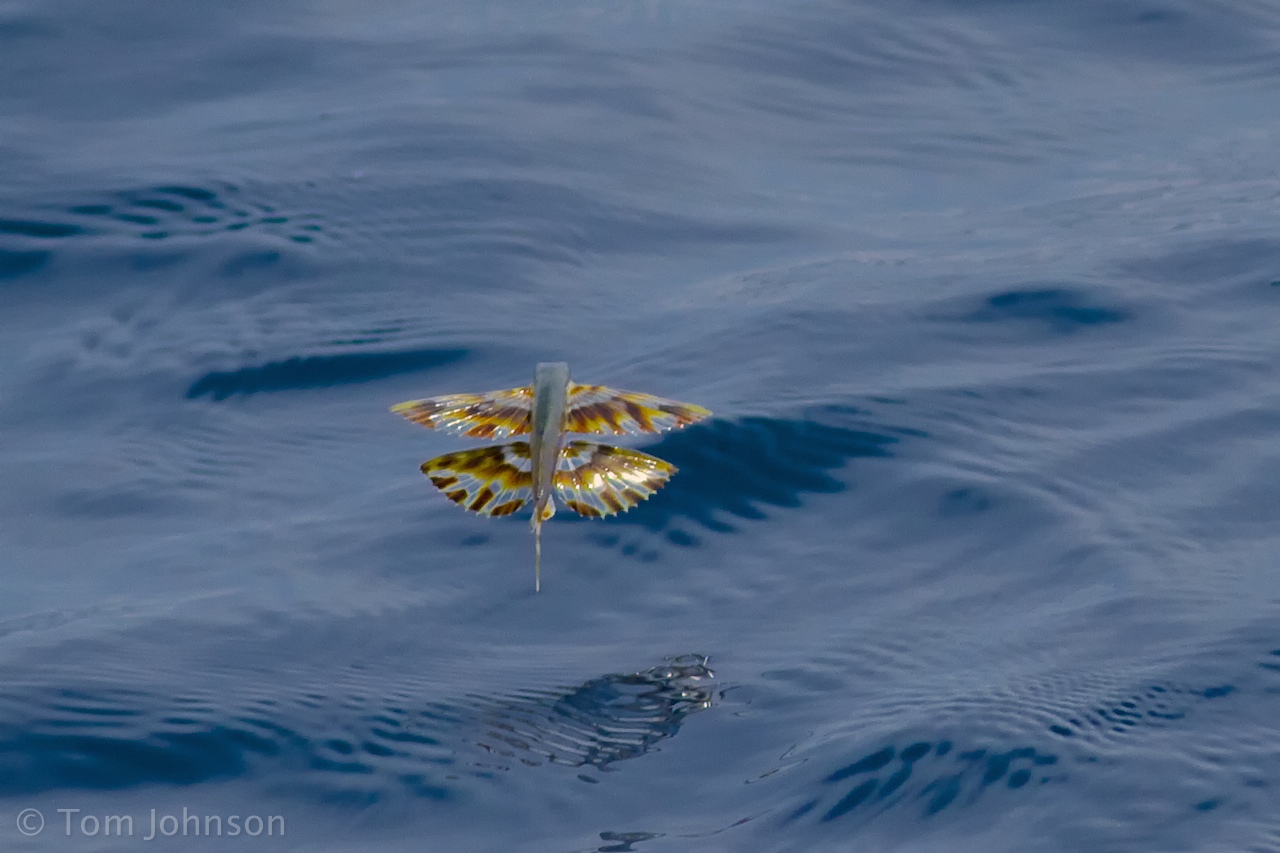 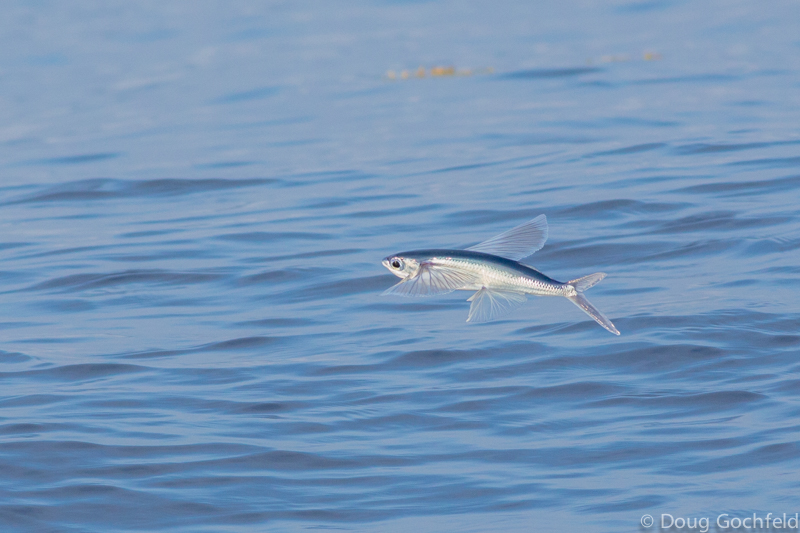 There is still a lot to work out when it comes to flyingfish identification, but more and better photos should help.

Saturday July 26 was more typical of a summer trip here.  It was sunny and hot but the Sargasso weed was better organized with some huge patches out past the shelf break.  As one might expect, there were Bridled Terns (photo by Nick Bonomo) 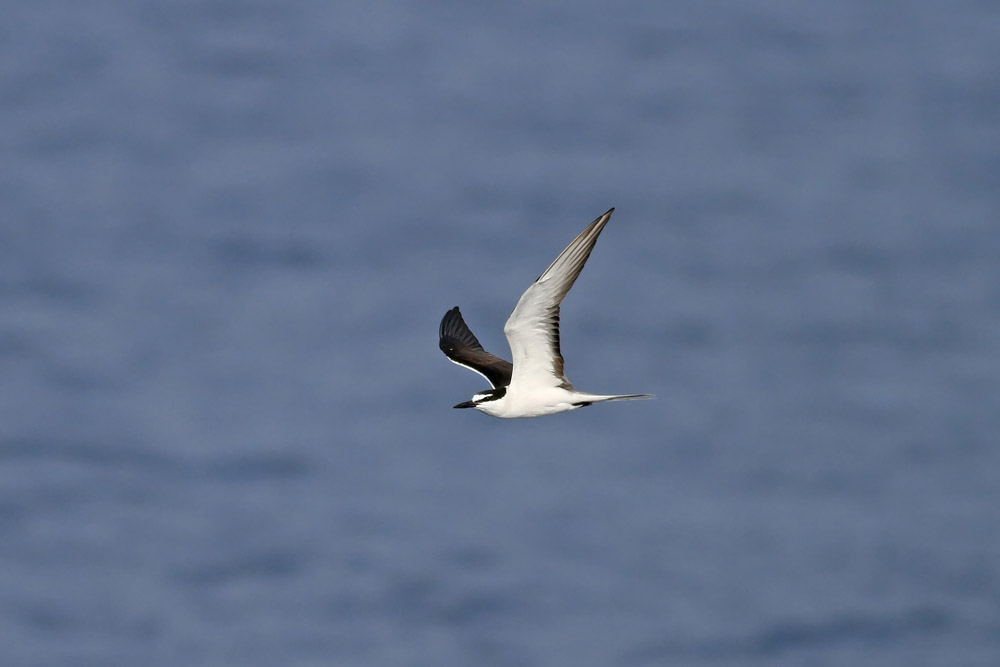 and Audubon's Shearwaters around the weedlines and an abundance of bait fish and invertebrates in the water below.  We found several rafts of Black-capped Petrels, sometimes mixed with Cory's and Audubon's Shearwaters, by carefully scanning with binoculars.  We only saw one Red-necked Phalarope, but we had great looks.  Band-rumped Storm-Petrels put on a better show during the early afternoon and we had good looks at one Leach's Storm-Petrel (photo by Jeff Lemons). 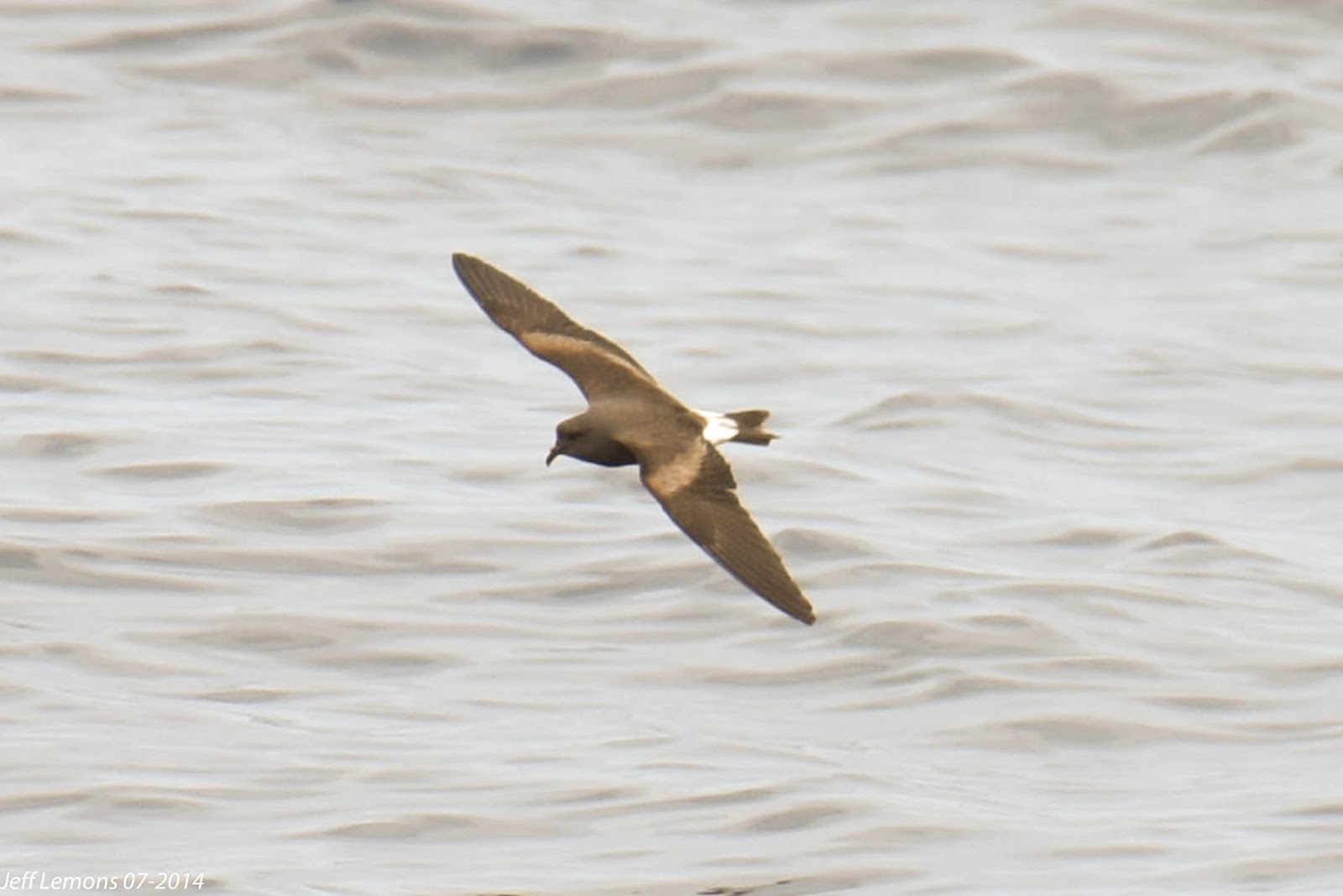 Calm conditions always improve chances for seeing cetaceans and we got lucky with two beaked whale encounters.  Our first sighting was at a moderate distance but the animals surfaces several times.  The second sighting, just twenty minutes later, was much closer.  Photos and the dark scarring indicated these were Gervais' Beaked Whales, which is a regular but hard to see inhabitant of the deep water here off Cape Hatteras (photo below by Tom Johnson). 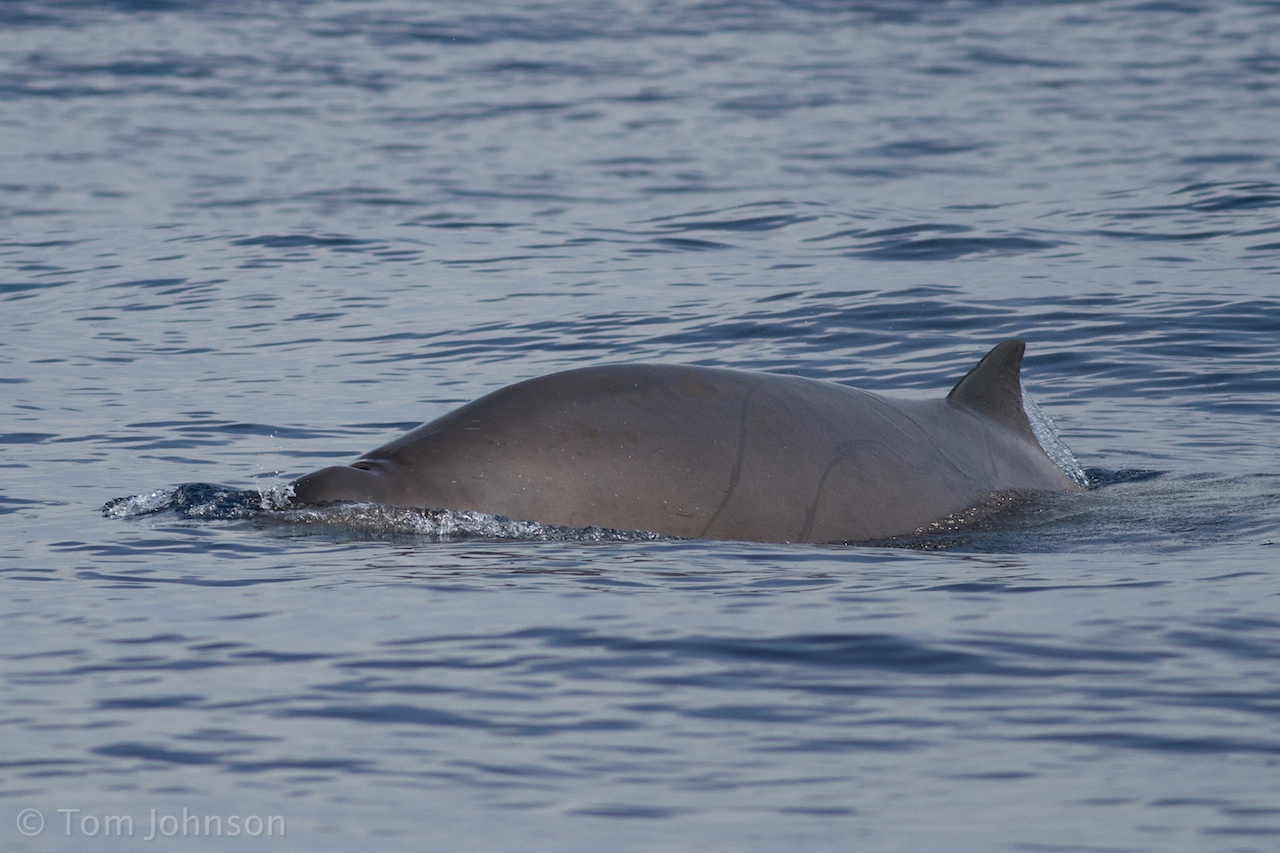 Later we saw several Bottlenose Dolphins, which are much easier to see well than the furtive beaked whales.  Again, most of the action was out past the shelf break and the inshore tack was not as interesting as it sometimes is during summer.  Of course all of that can change in a matter of days and it will be interesting to see what is going on after three consecutive days of northeast winds, which should begin this Tuesday.

(Trip Lists are posted on our website, a huge thank you to everyone who joined us and to Nick Bonomo, Tom Johnson, Jeff Lemons, and Doug Gochfeld for letting us use some of their photos from the set!!)
Two images of the Trindade Petrel by Tom Johnson 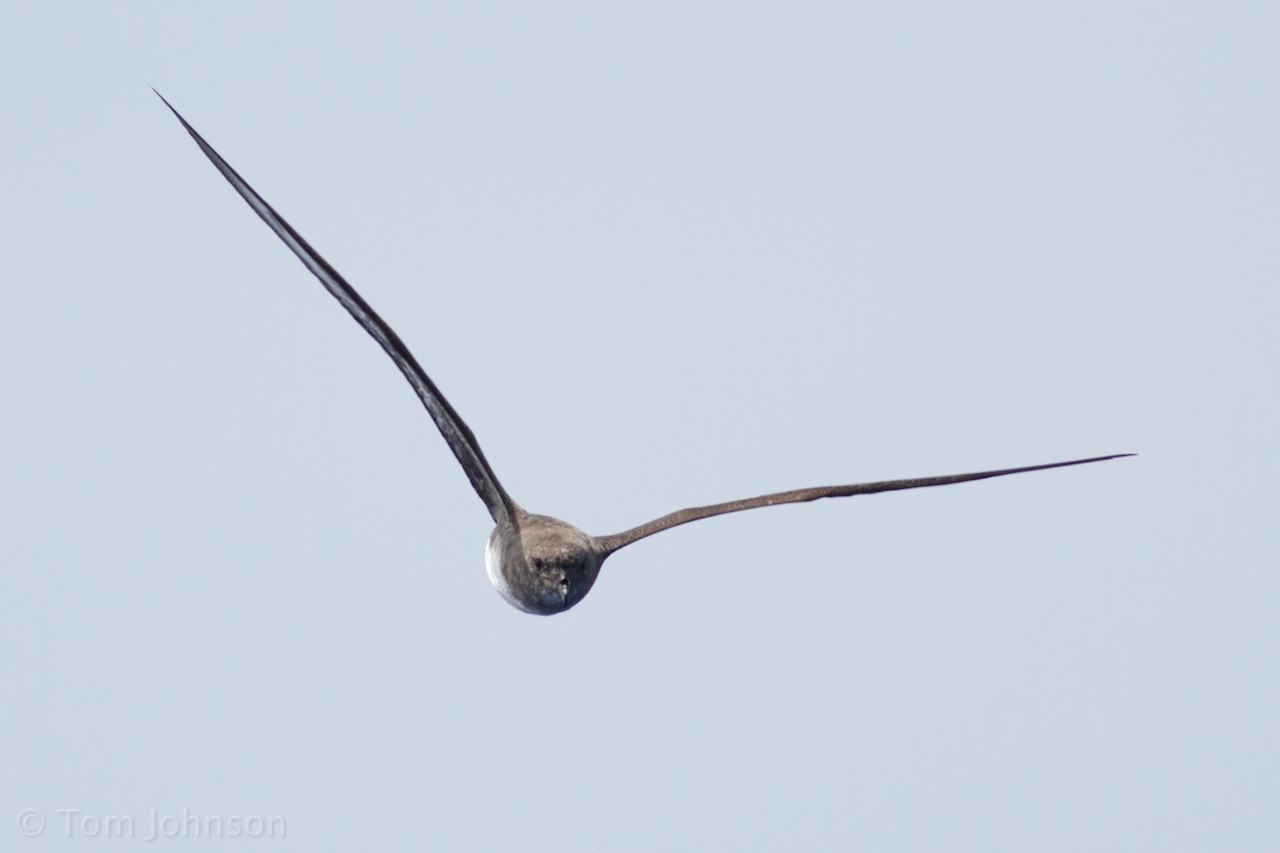 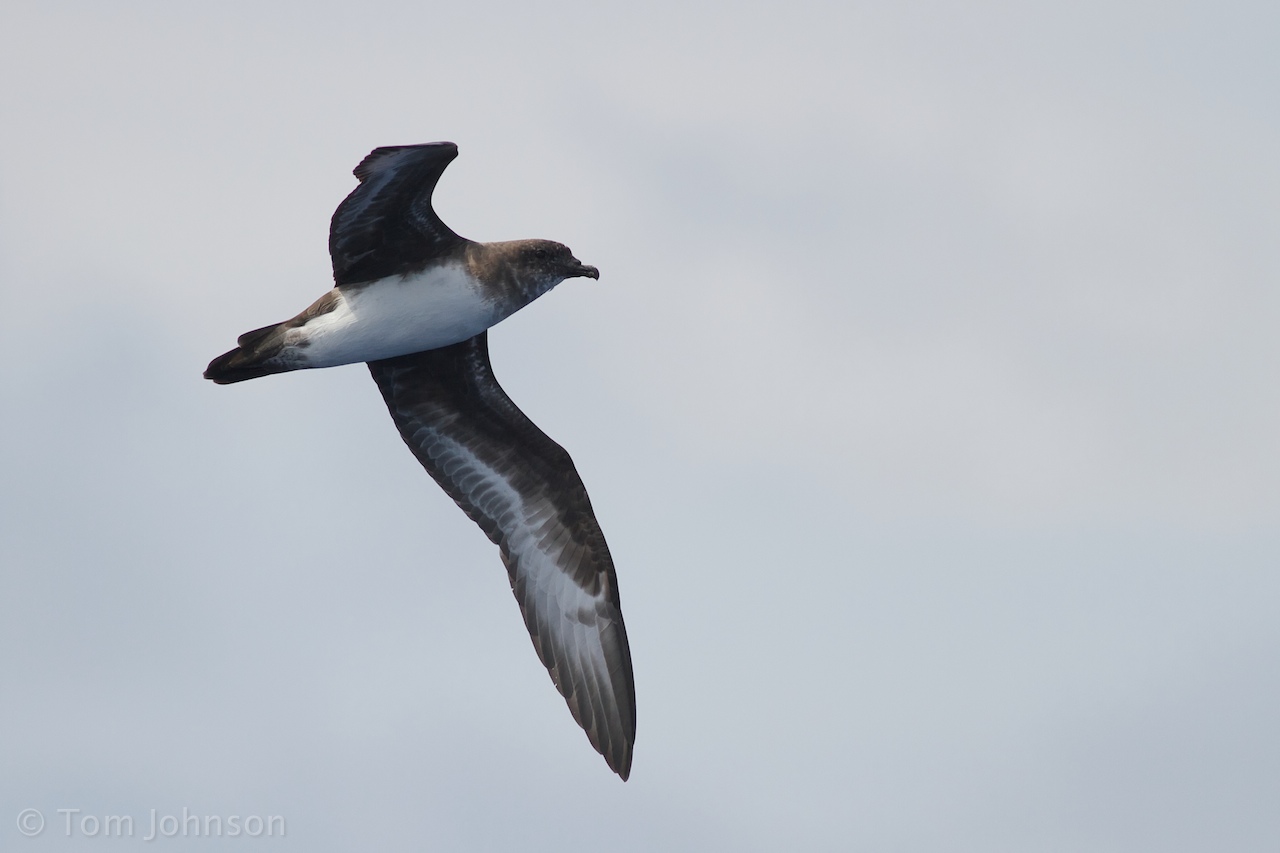 An awesome angle on a Black-capped Petrel by Nick Bonomo 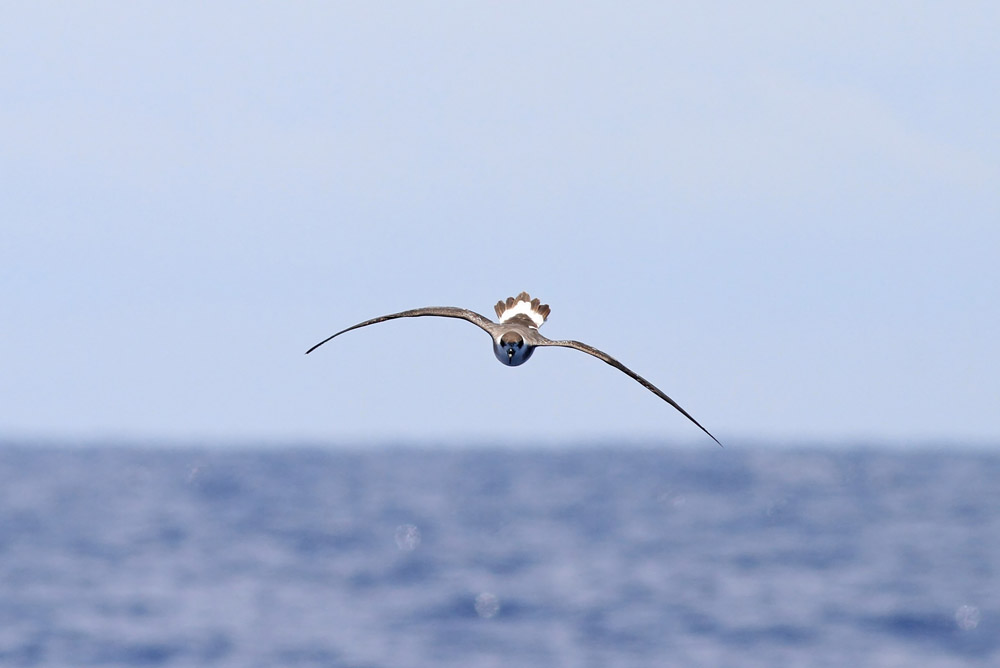 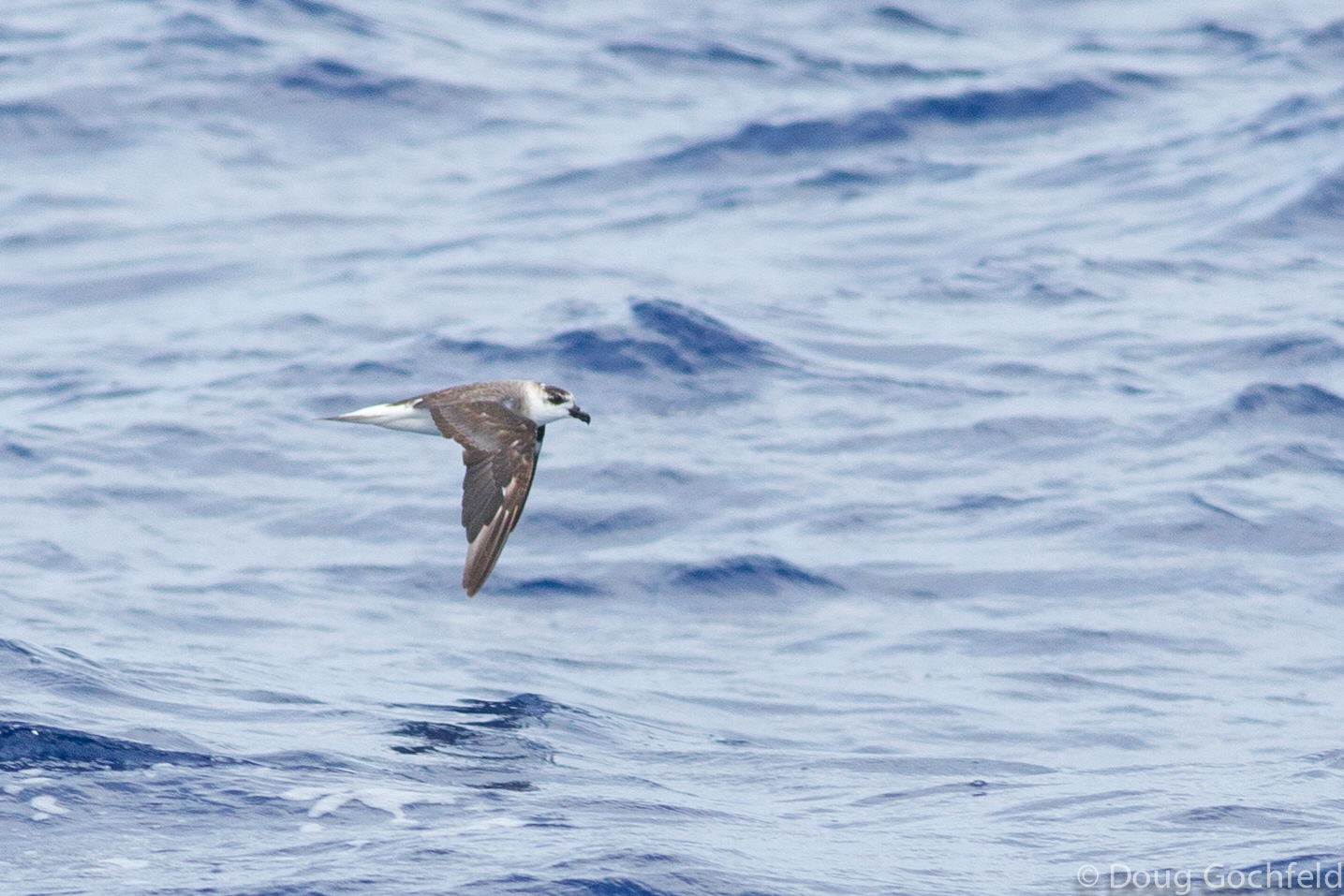 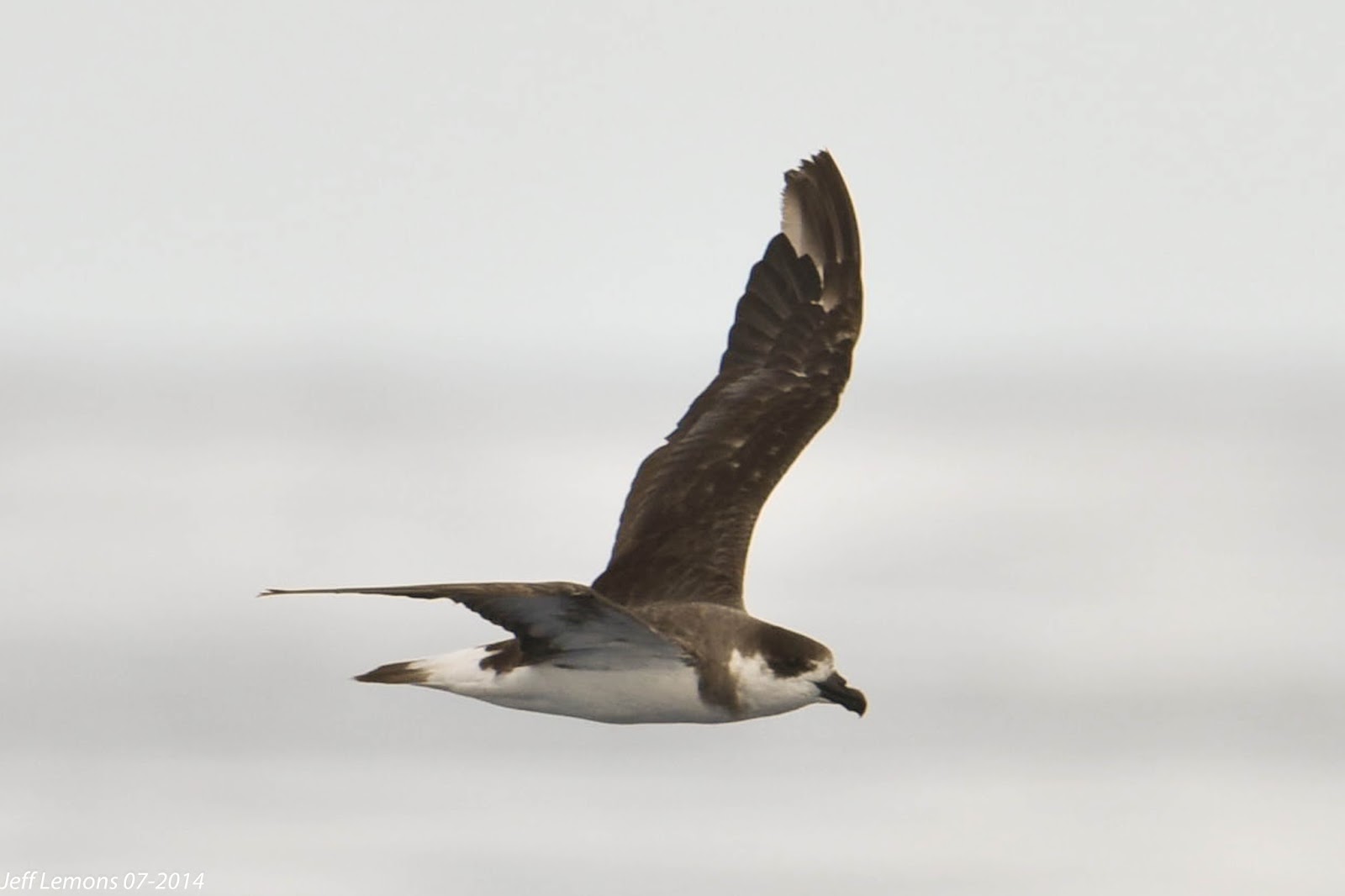 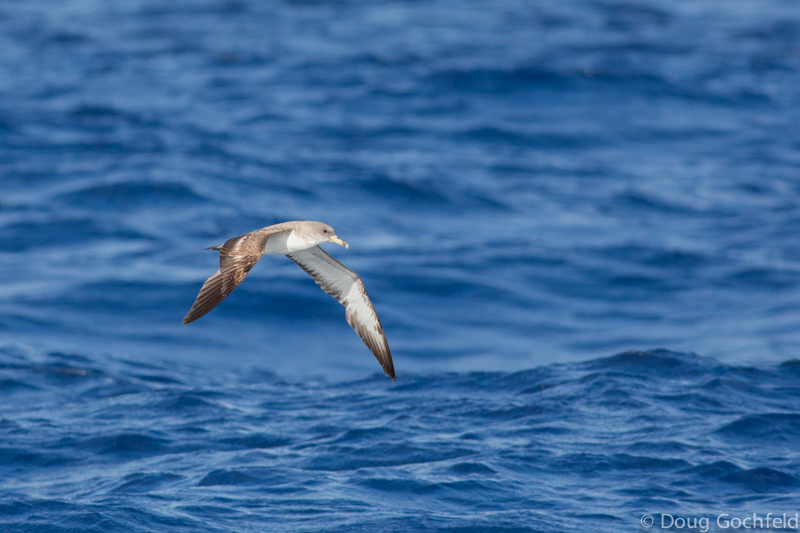 One of the only four (!) Great Shearwaters seen on this set by Jeff Lemons 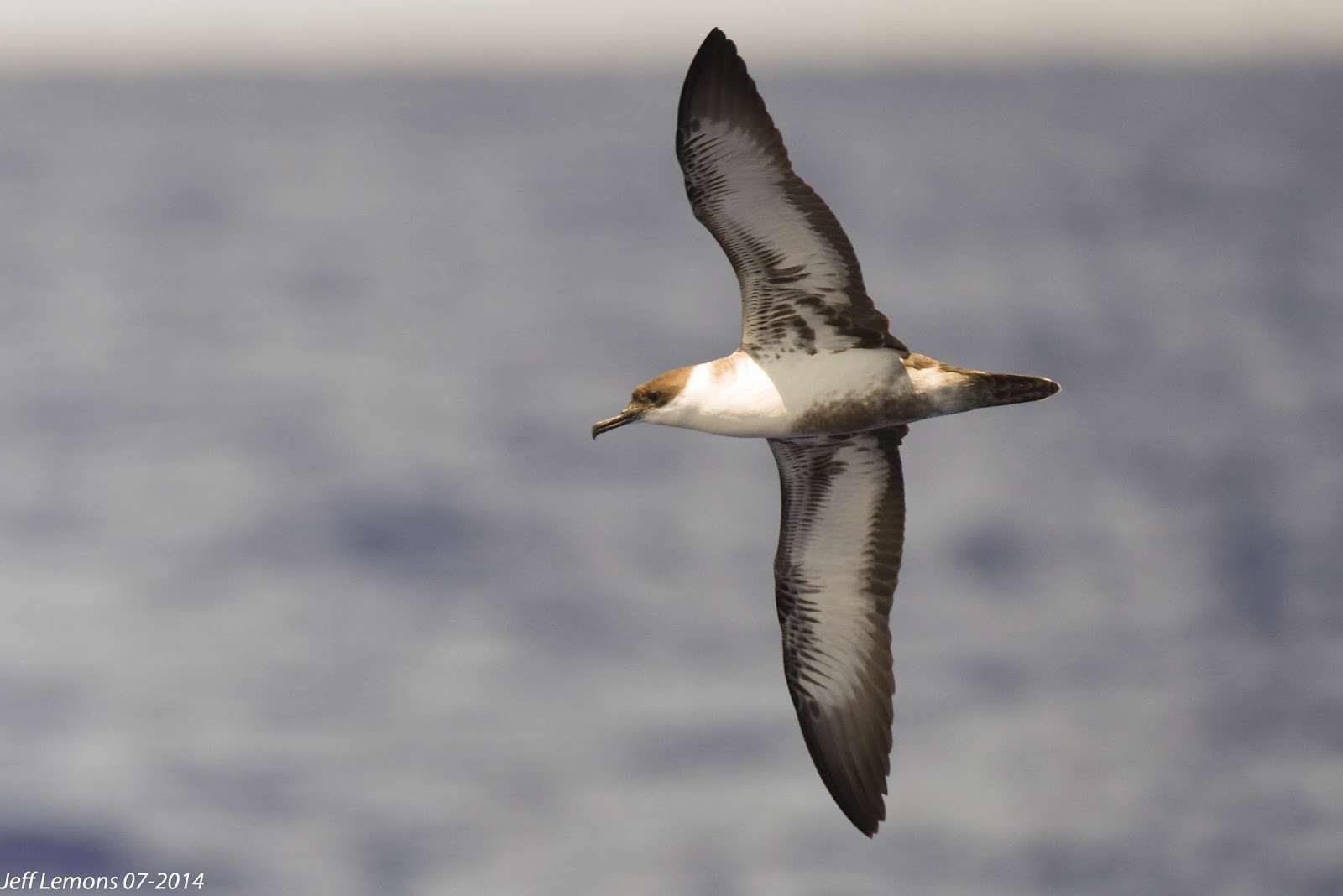 A sharp looking Audubon's Shearwater by Tom Johnson, we had close encounters with them each day. 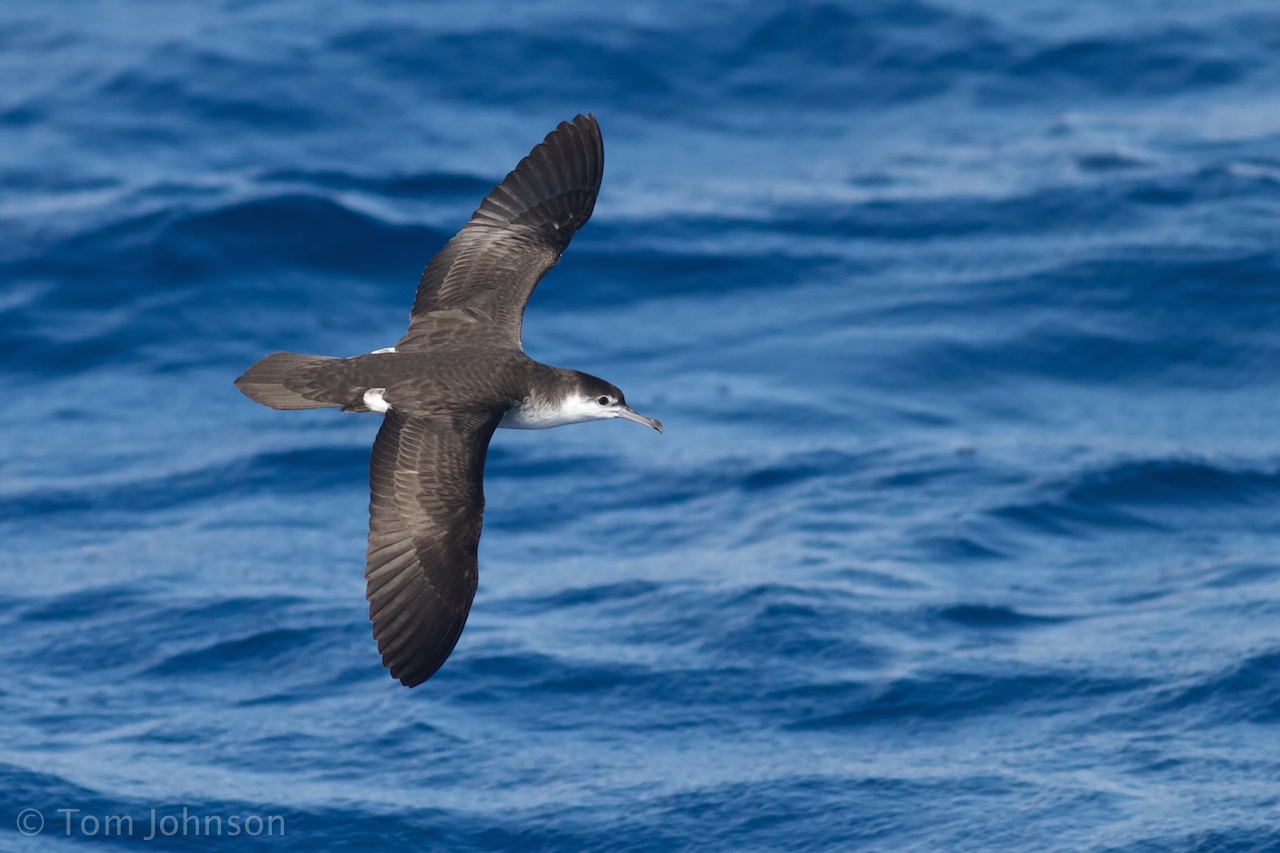 Many were sitting on the water in or near Sargassum like this one photographed by Nick Bonomo. 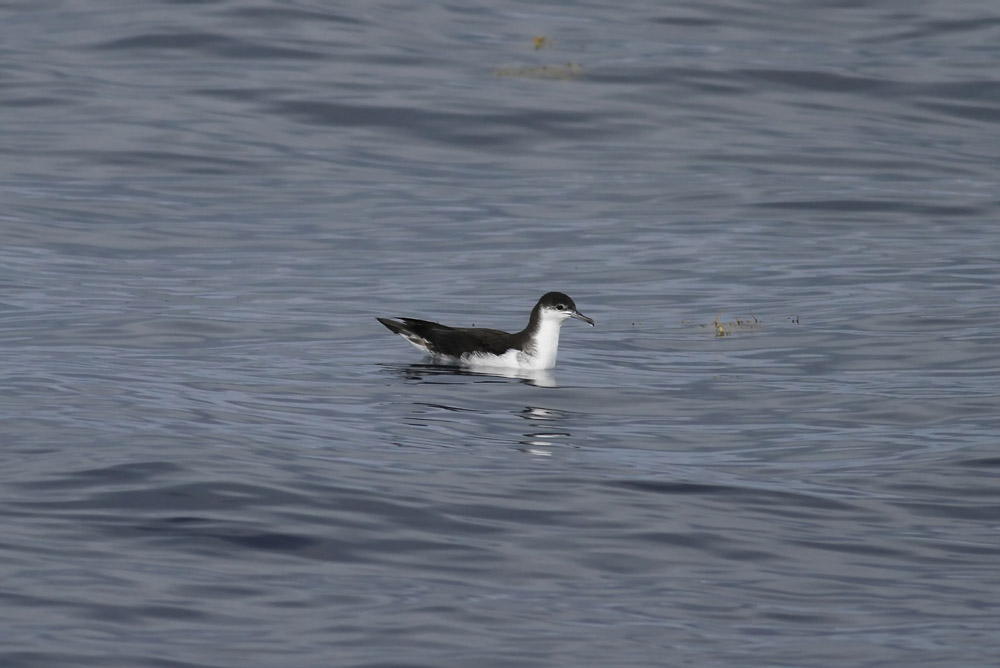 Wilson's Storm-Petrel in the slick by Doug Gochfeld 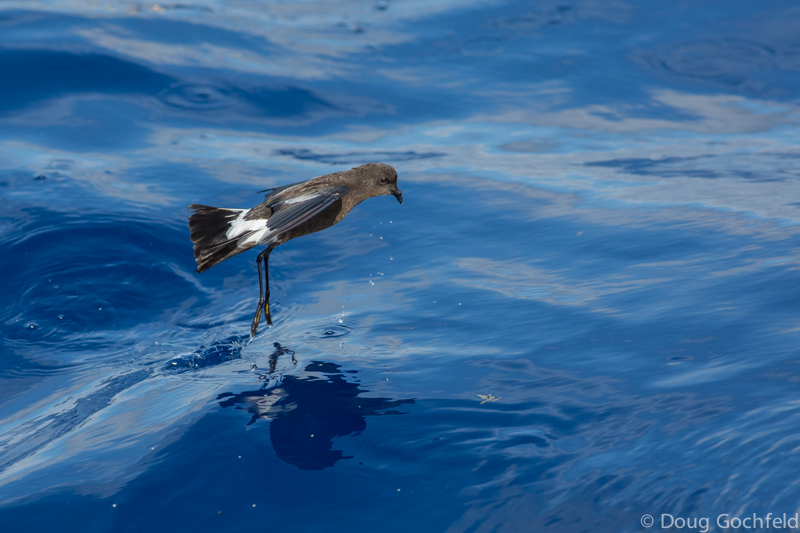 A pair of Bridled Terns by Doug Gochfeld 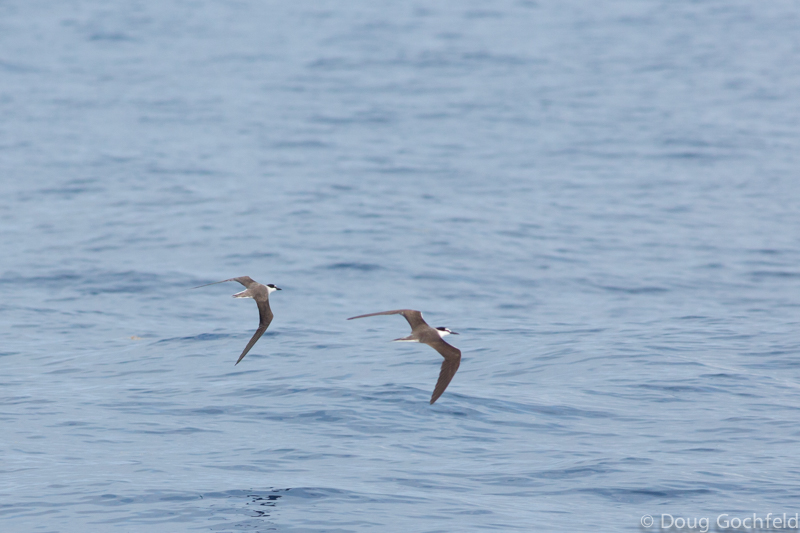 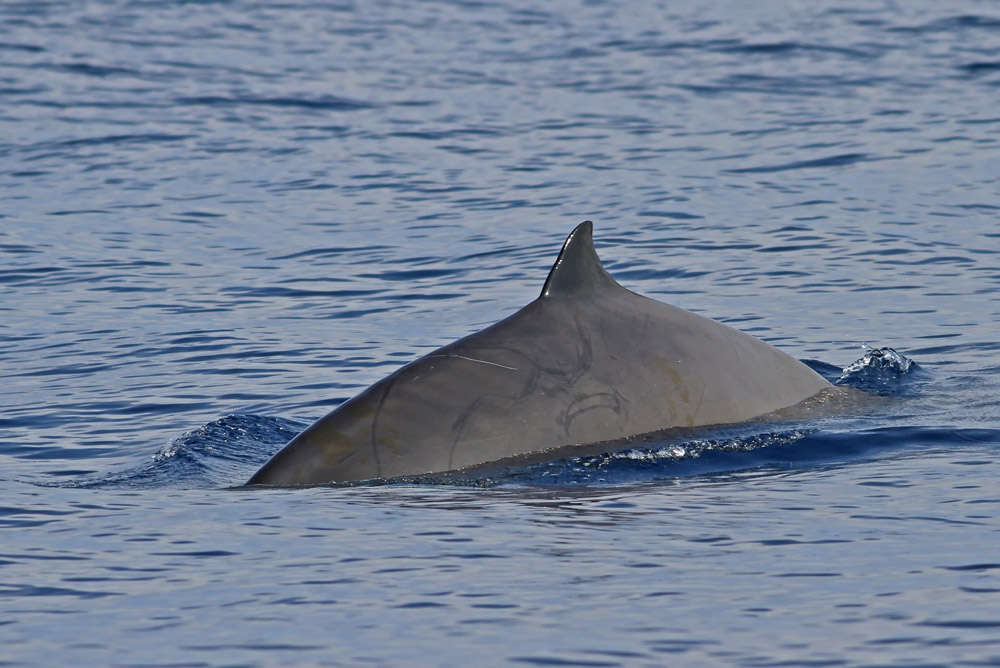 & a couple more flyingfish photos!  This one looks to be another Atlantic Patchwing...tough, but very cool angle by Doug Gochfeld. 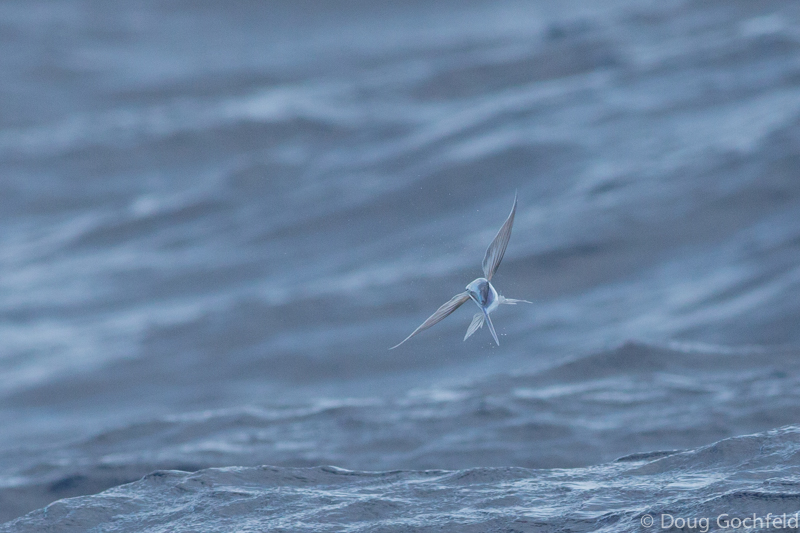 And another Sargassum Midgett by Tom Johnson 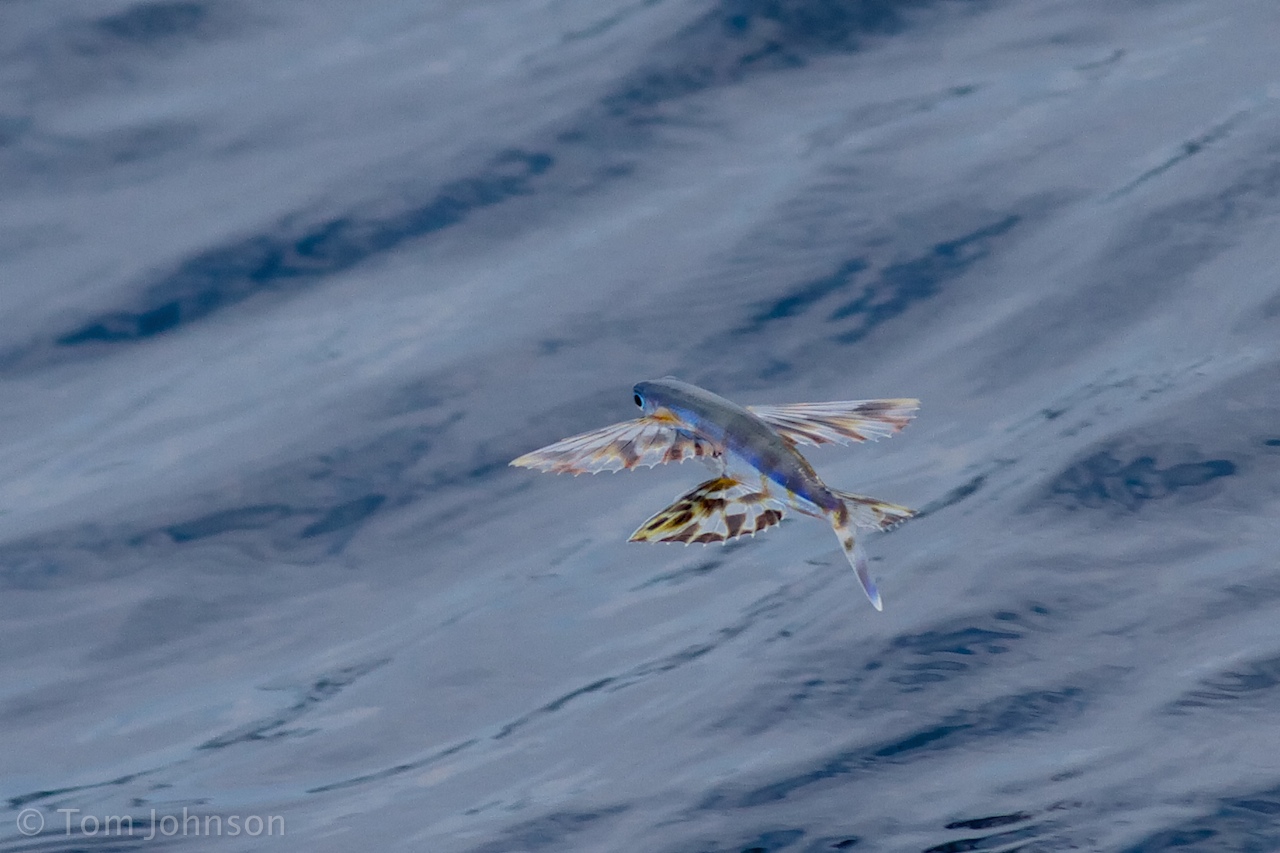 Posted by Kate Sutherland at 3:13 PM