On the list of frequently asked questions we get, the most common one has to be "when is the best time to go on a pelagic trip from Hatteras?".  My usual response is "when you have a chance to do it".  The thing is that Hatteras is not a convenient place to get to.  There is no big airport an hour away and it's a fairly long drive from about anywhere.  For most people, it's going to be at least a three to six hour drive to get here, even if they are at a relatively "close" starting point.  A lot of birders who live far away, however, might find themselves in the NC Triangle area or somewhere in Virginia at some point and if it coincides with some of our boat trips, we get a chance to show them some seabirds.  Of course we need enough people to make it worthwhile and this limits the number of trips we can offer.  Late June and early July have always been tough times for us to fill boats, despite the fact that we have enjoyed some excellent birding here in early summer over the years.  With this in mind we decided to offer some trips on a smaller boat this year.  With lower overhead costs, we can go out with just a few people and in the process run a more focused trip with really close up looks at the birds.  We dubbed these new small boat trips the "Discovery Series" with the idea that we would be free to try new things and be able to get out more often, thus giving us a better handle on what goes on from week to week.  And with less people on the boat, there is a better chance for trip participants to discover more about the Gulf Stream and the marine life here.

The itinerary is similar to a regular Gulf Stream pelagic trip.  We go to where we expect to see the most birds and as far as we need to go to see the deepwater specialties.  Kate Sutherland and I ran two trips aboard our 31' downeast boat, the Skua, on June 27 & 28.  Although we did not have any participants who attended both trips, the days were quite different and each trip included two species not seen on the other day.  The first day was quite calm and started out fairly hot.  It felt like tropicbird weather and sure enough one of the first birds we saw after slowing down was a young Red-billed Tropicbird.  Unfortunately, it was not really interested in the boat and soon left us.  It took awhile to gather some birds with the chum but Wilson's & Band-rumped Storm-Petrels did eventually find us and fed for hours at arms length.  We also had some very close looks at Black-capped Petrels.  A 200mm lens was plenty for close photos of one Black-cap that fed in the slick for several minutes. 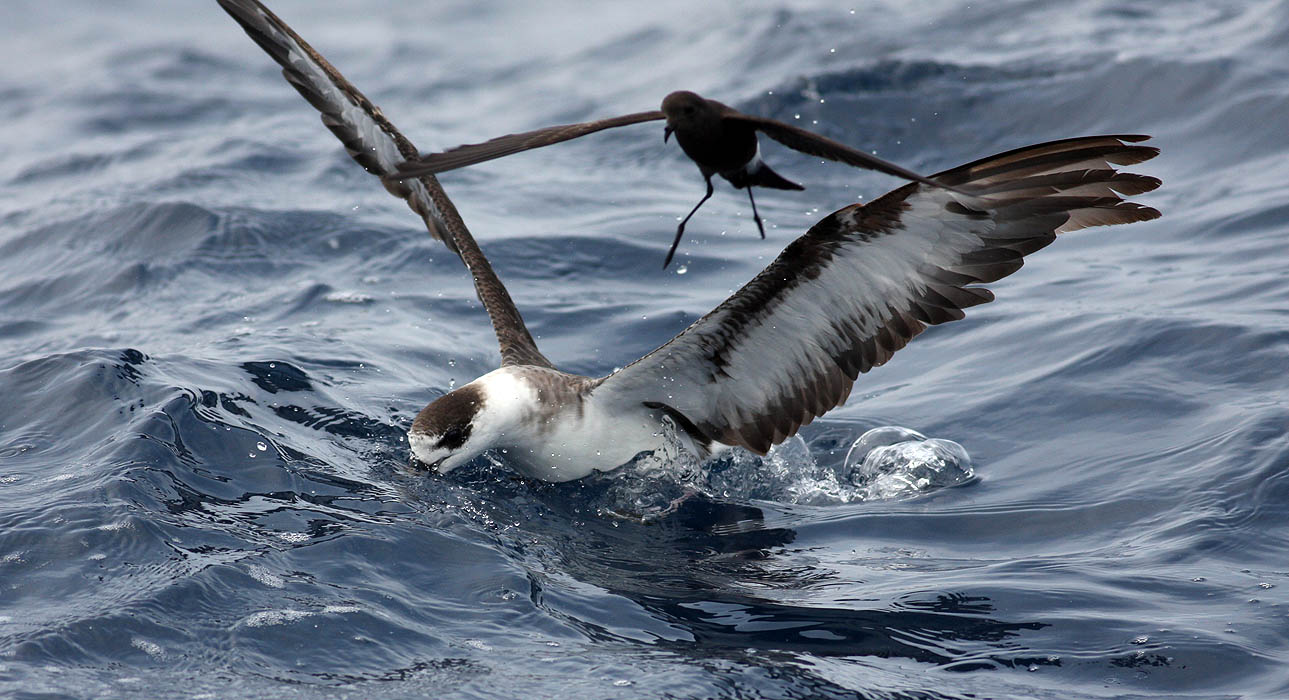 While we were drifting and watching storm-petrels and Black-caps during the morning, a group of at least eight Cuvier's Beaked Whales surfaced in the distance.  Later in the day we were surprised to see a near adult Long-tailed Jaeger 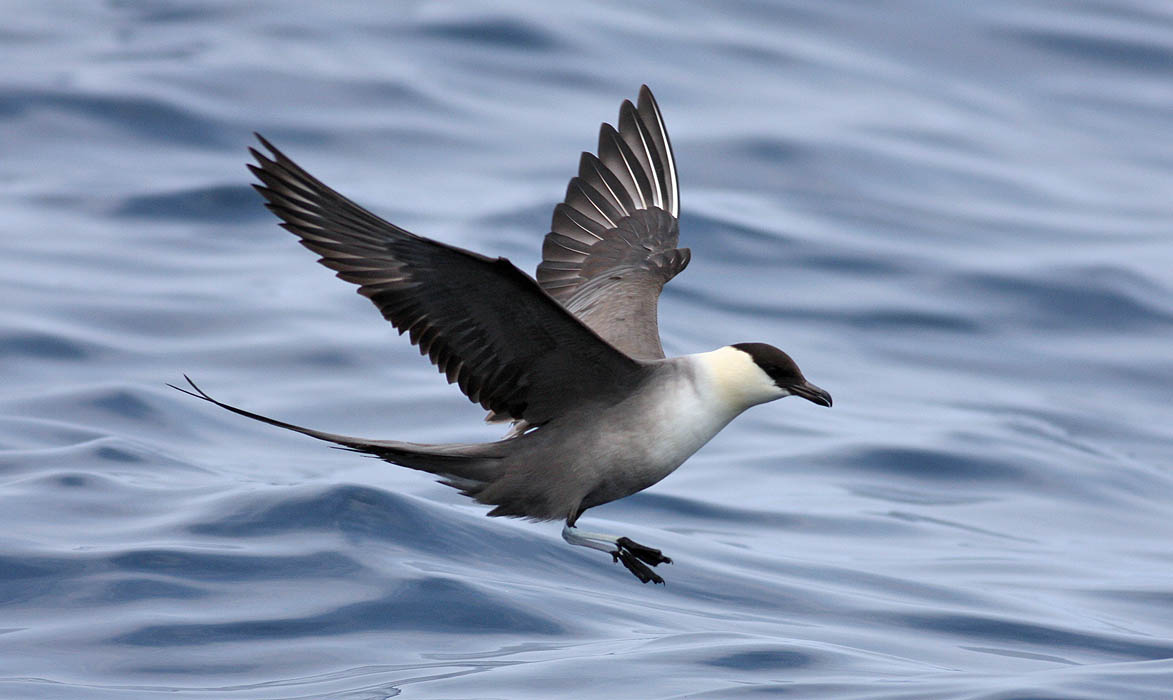 that found our slick just minutes after a Leach's Storm-Petrel arrived for what turned out to be a long visit.  Clouds and rain made for a cool afternoon on the ride in.

Day Two started out cooler than Day One with a little breeze.  It was still a pleasant ride out.  Again it took a while to get some birds around, but when they found us, it was up close and personal.  A Trindade Petrel was a bit more distant, but we had pretty good looks in great light before it headed for the horizon.  There were numerous squalls scattered around, but we managed to keep dry for most of the day.  When they did get closer, they brought us many shearwaters and Black-capped Petrels, as well as another Trindade Petrel 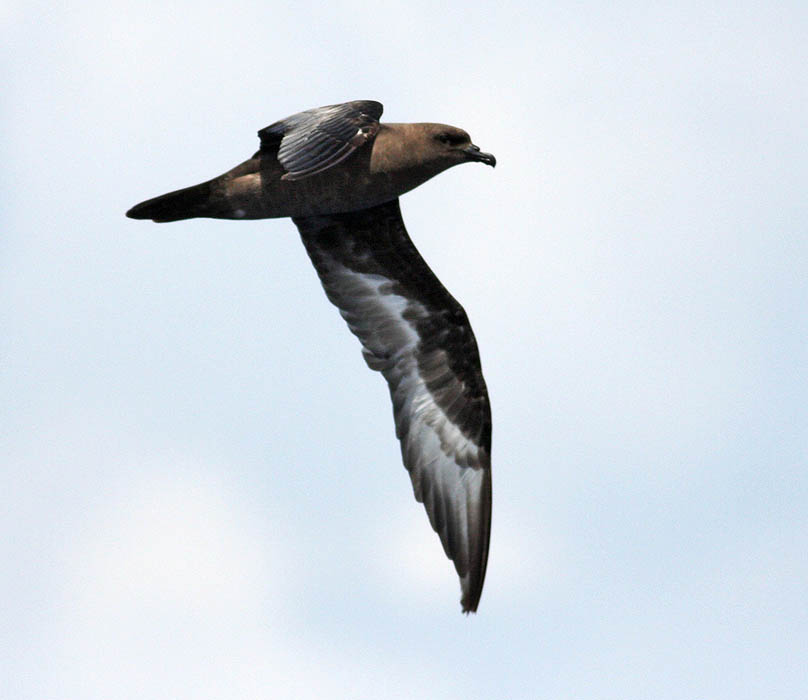 that made a nice close circle over the chum slick.  Although we didn't see many Audubon's Shearwaters, we had one close around the boat for several minutes. 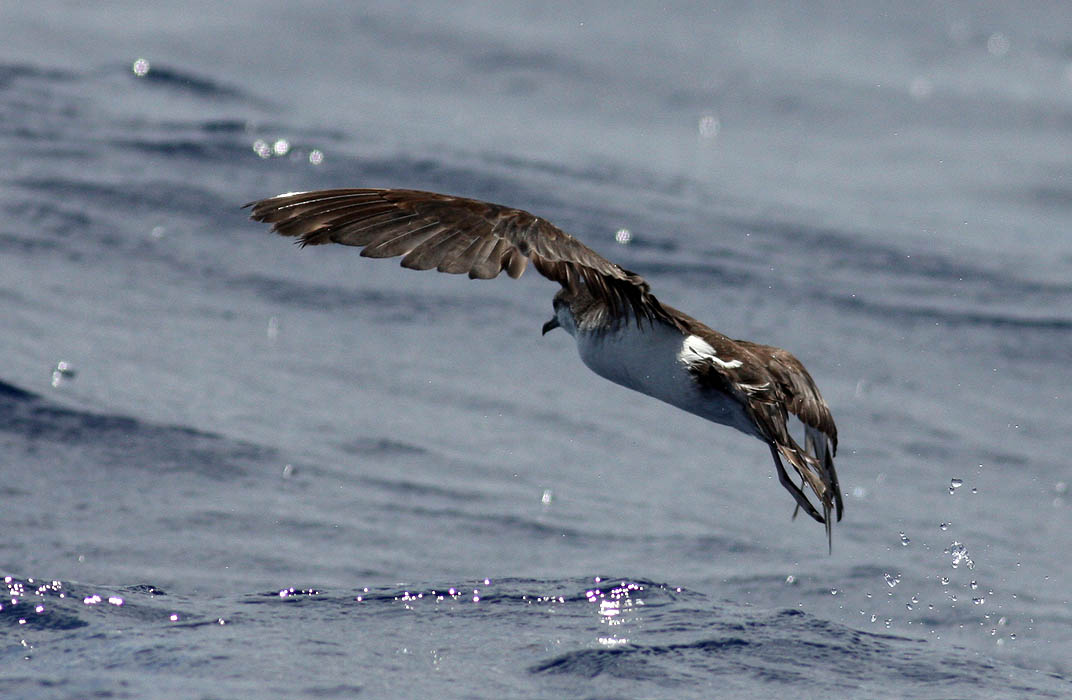 Around midday a squall finally caught up to us and the light on the birds as it approached was amazing. 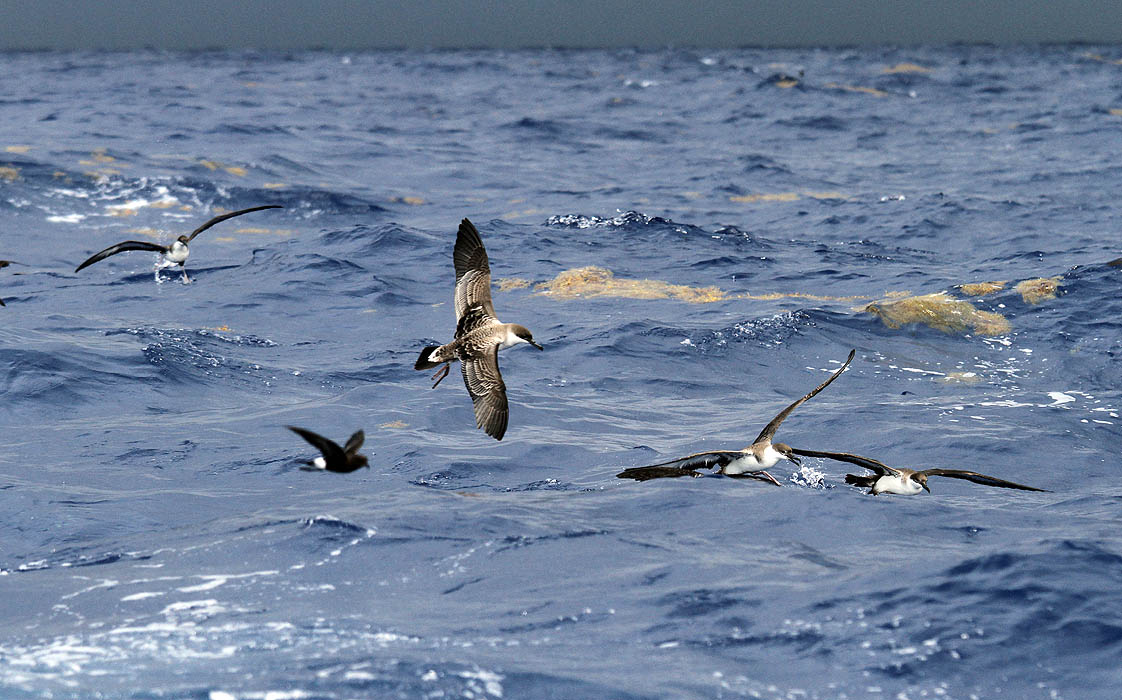 Ironically we did not have a boat full of photographers.  We then ran across it to the other side and, coming out about 15 minutes later, it did not take long to chum up a new flock.  These birds followed us right up to the shelf break before we headed home.  The wind picked up for the ride in but it was mostly a following sea.

We think these trips are the beginning of what can be a new dimension in pelagic birding here - a chance to get out more often and a chance to get closer to the birds.  If you have only been out to sea on fairly large boats, you will be amazed at the experience we can offer on our 31 footer.  The Skua is a very comfortable, seaworthy boat.  Many of the birds we saw could be seen well without binoculars.  It was probably the best viewing of Band-rumped Storm-Petrels that we have ever had.  And Kate's photos even revealed that one of them was banded.  We are looking forward to our next trips in July (11, 12, & 13th).  In the meantime, we are also open for charters.  The Skua will accommodate five birders for $975 per day.  -Brian Patteson

Thanks again to everyone who joined us for these trips!  Below are some more photos by Brian Patteson and Kate Sutherland - the trip lists are on our website!
A couple more photos of the Trindade Petrel from Saturday: 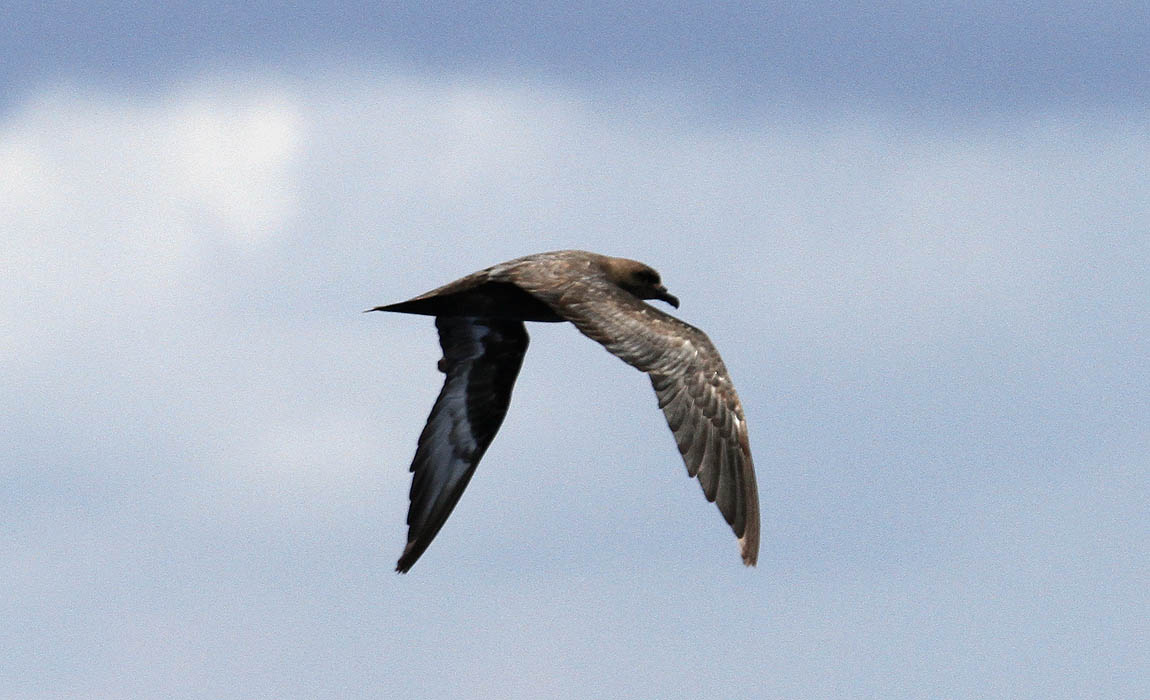 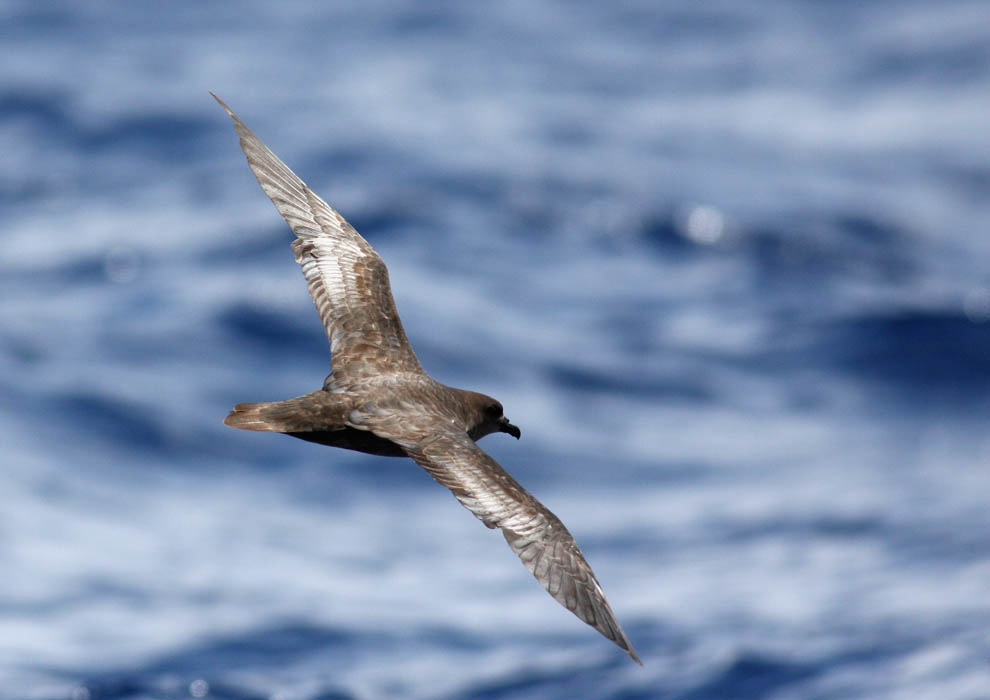 The Black-cappeds could not have been more cooperative! 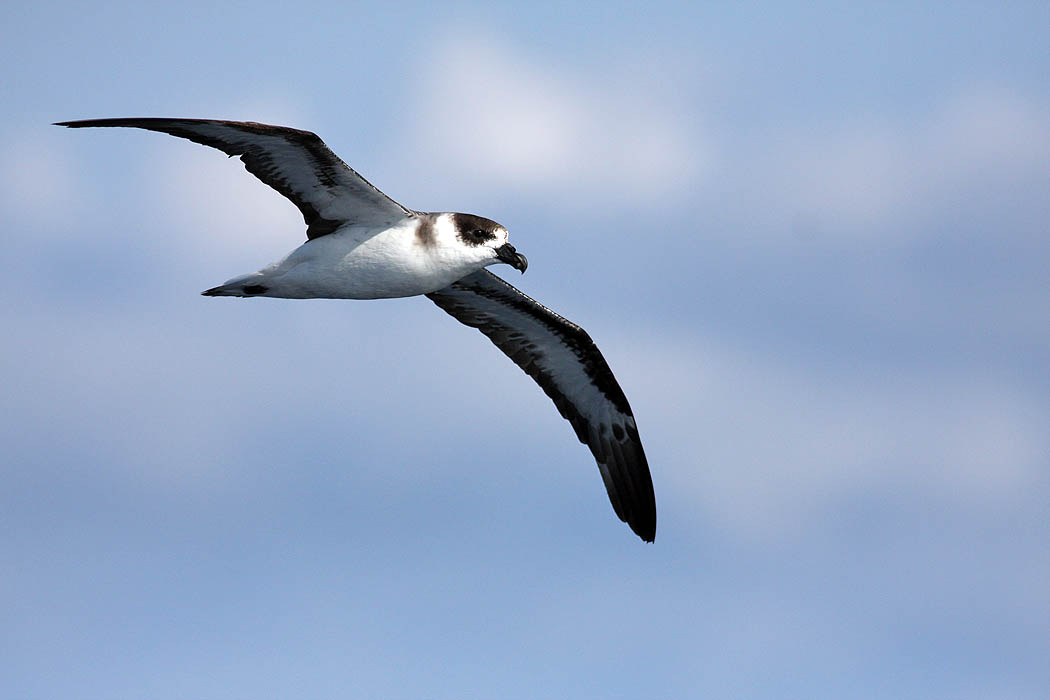 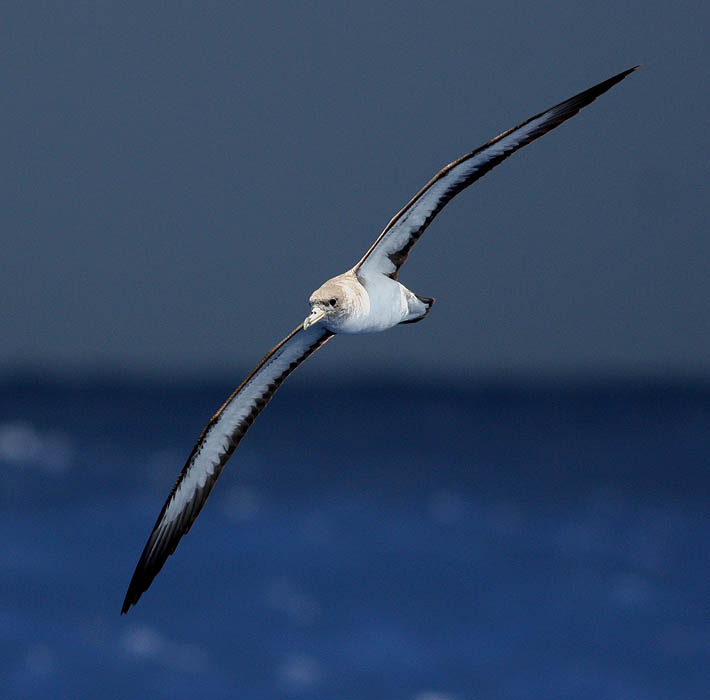 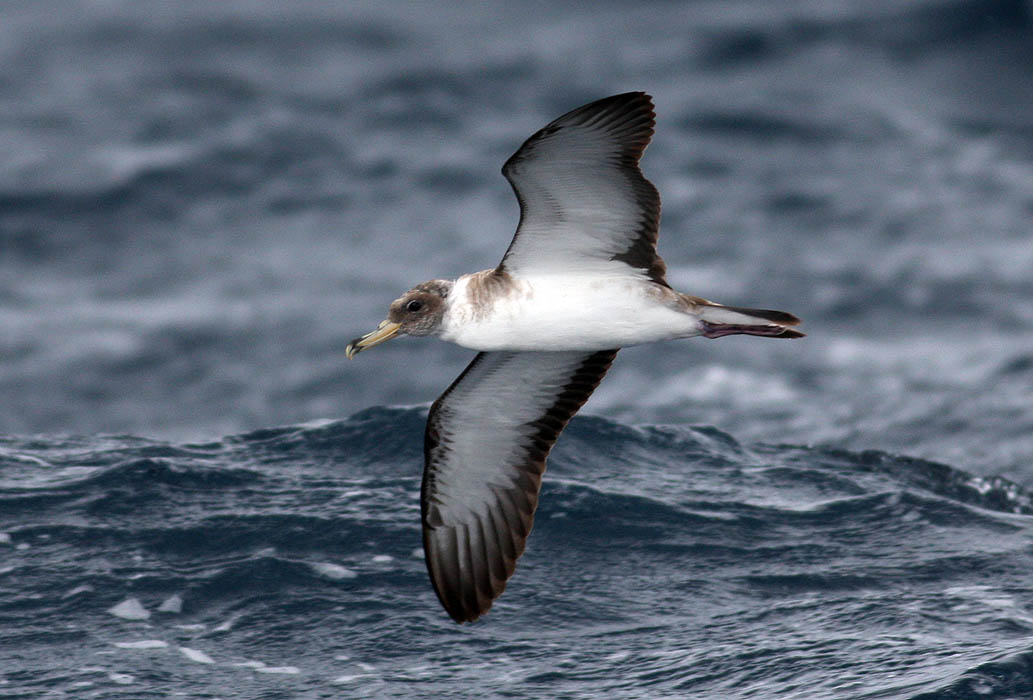 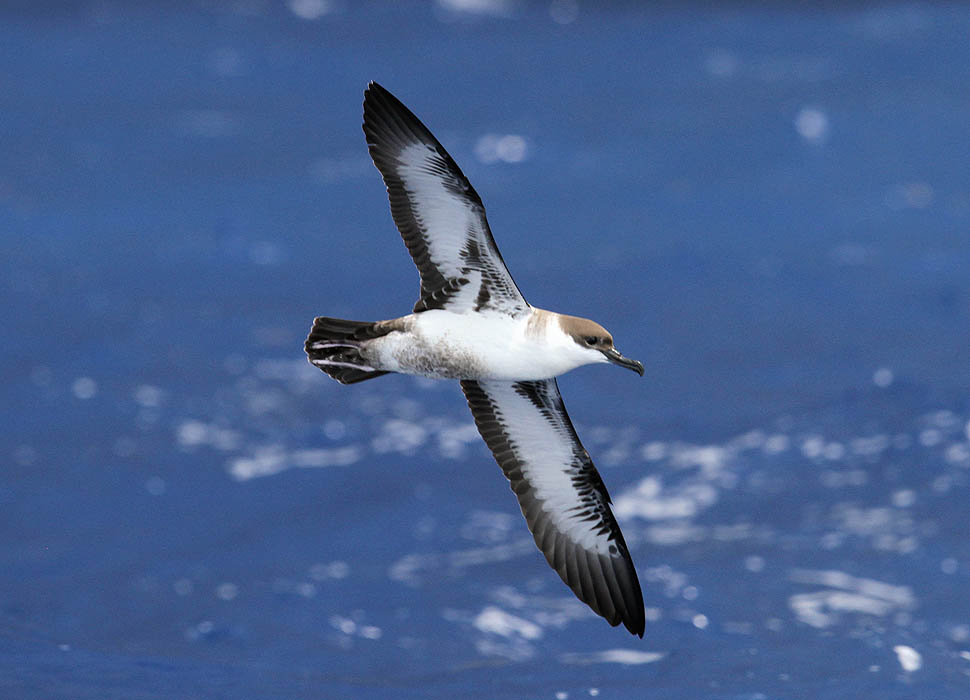 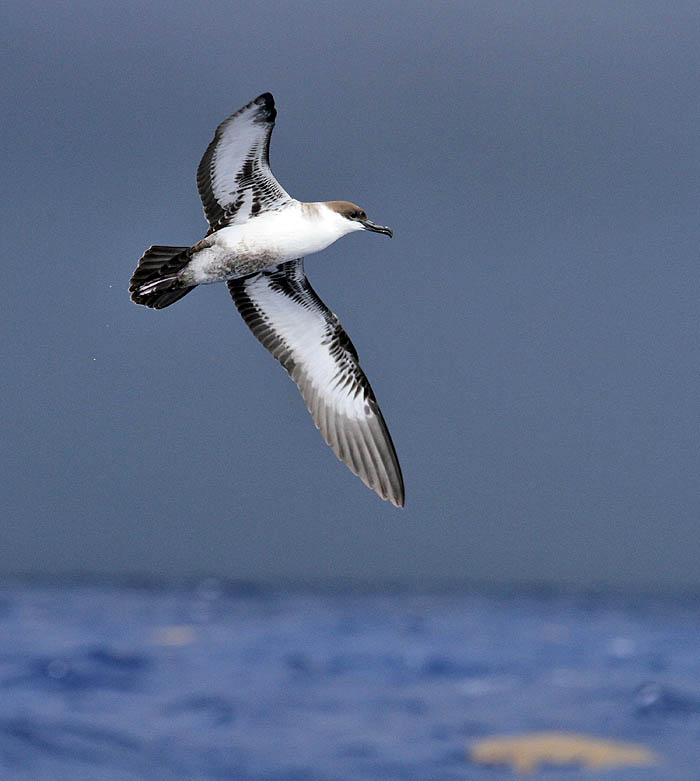 Our cooperative Leach's Storm Petrel from Friday's trip.  This individual stayed with us in the slick feeding for hours! 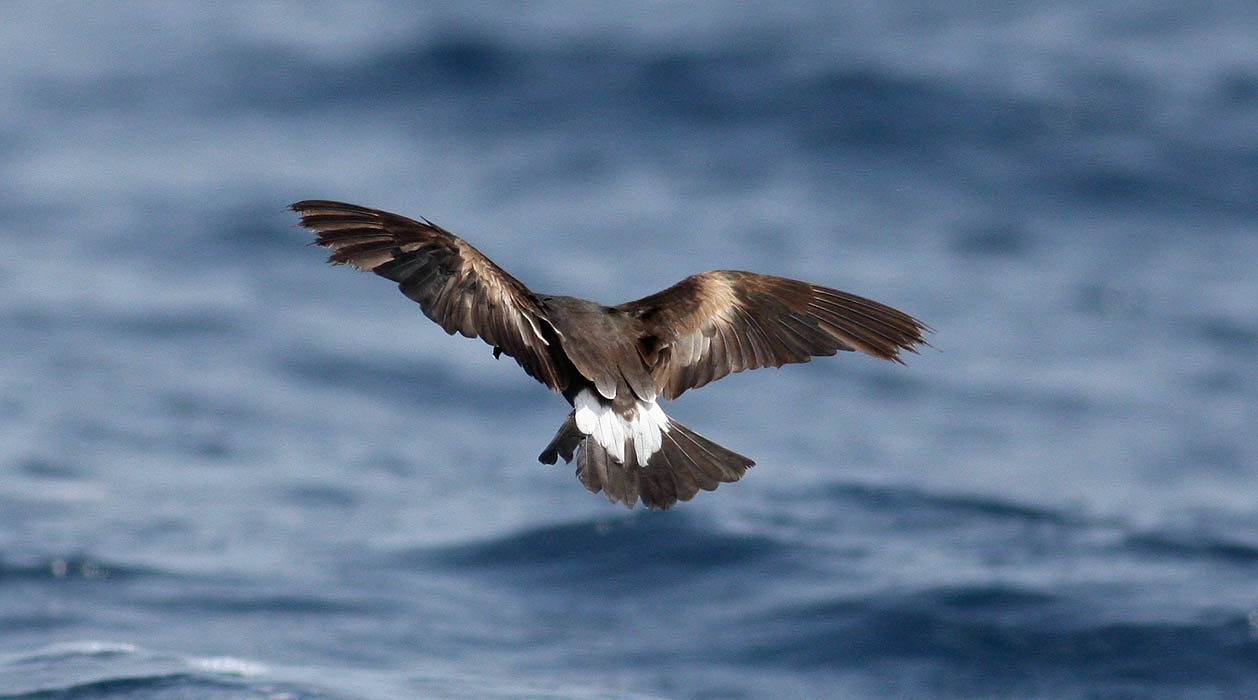 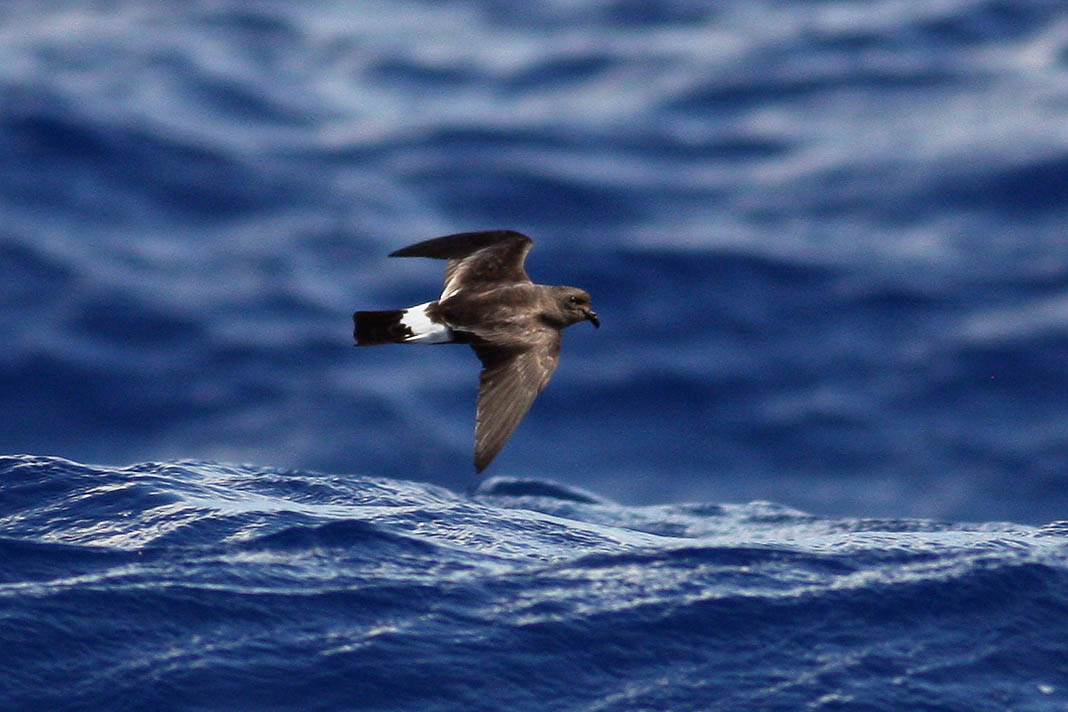 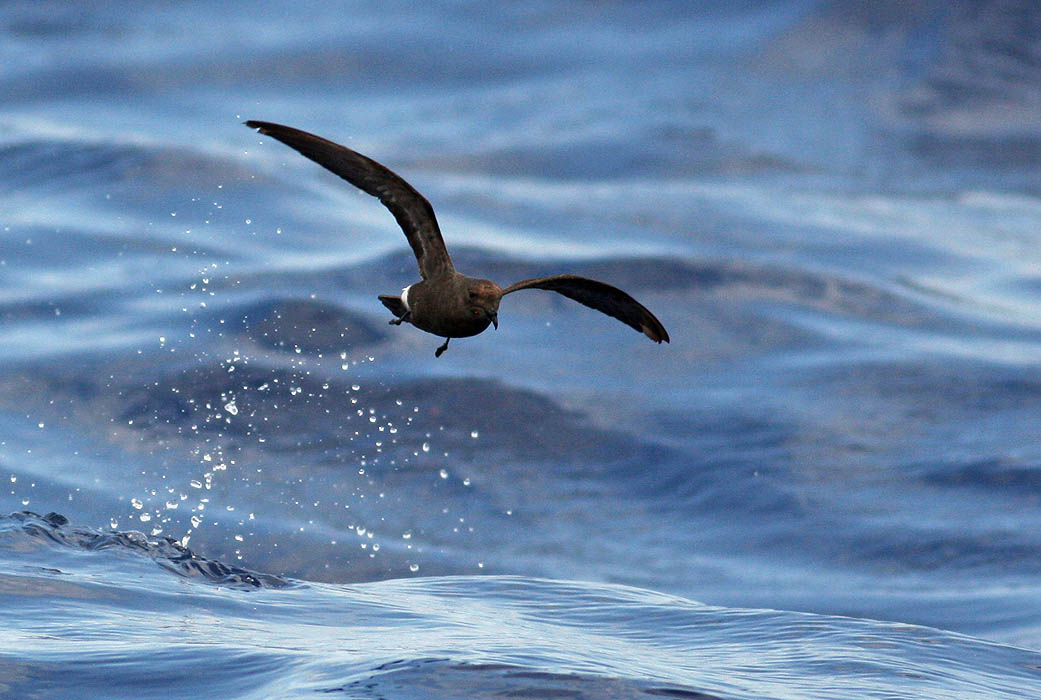 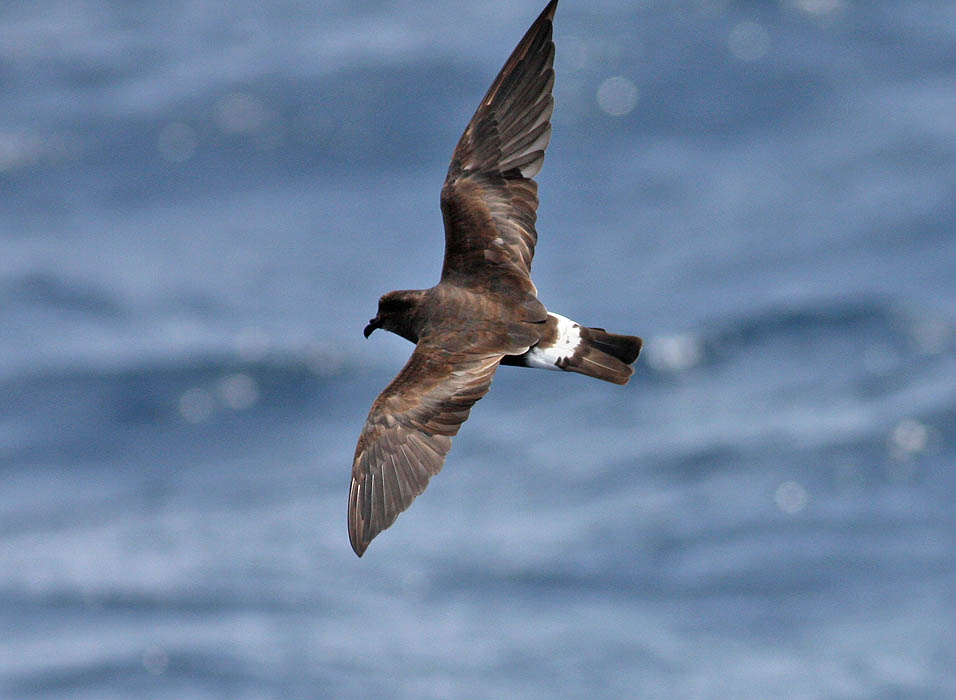 This ratty looking individual pictured below was banded upon inspection of the photos (not a color band)!  Contact us if you are interested in the photos that show the band or have any information on anyone banding Oceanodroma castro. 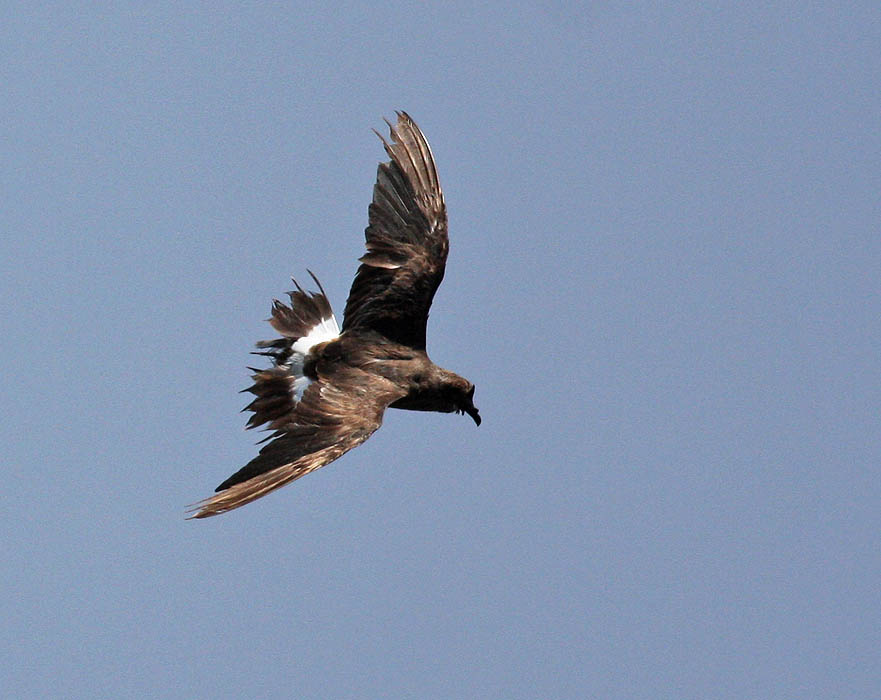 Hope to see some of you out there soon!  Beautiful shot of the Graceful Leader with a squall line behind her! 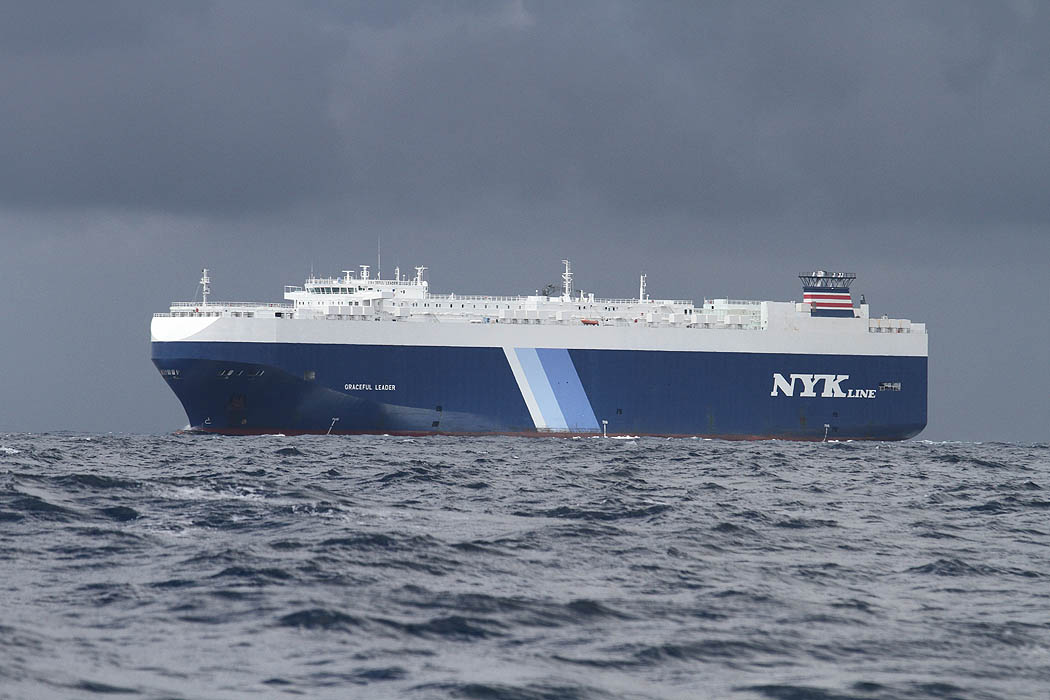 Posted by Kate Sutherland at 7:45 AM