Kate Sutherland and I just ran our first trip of the year from Hatteras aboard the Stormy Petrel II this Saturday and it was a great kick off for the winter season down here. We have a much shorter run to the shelf break from Hatteras than we do up in VA and we are also much closer to the Gulf Stream. We don’t always go to the Gulf Stream on our winter trips, but at times the edge of it can be quite interesting for birds and other marine life.

Saturday was the right day to spend time at the edge of the Gulf Stream. It was very close to Cape Hatteras, and we had a private charter that was interested in going there and seeing not just seabirds, but a good diversity of wildlife. On most winter trips, we have to spend at least a few hours around and north of Diamond Shoals looking for a Great Skua, but this was not the case.

The day before our trip there were strong winds from the north and this helped set up the conditions for a sharp temperature break and color change just off the Cape. When we got there, we found water temps in the mid to high 50s inshore and low 70s just a few hundred yards out to sea. The water was brown and turbid on one side, giving way to bright green and then blue water. This was like a fence for marine life and because of that we were able to see a variety of seabirds and other critters in short order. It was great to find the set up that we had hoped for.

As soon as we got near the change, we began to see good numbers of Northern Fulmars, and a Black-capped Petrel made a quick but close pass. Black-caps are generally found farther offshore- out around and beyond the shelf break. It was great luck to find one in just 50 feet of water so close to Diamond Shoals, but it was breezy and that helps for seeing deep-water birds inshore. The choppy water made it hard to spot small birds on the water, but we did eventually get some excellent looks at Red Phalaropes during the morning and we came across a few Atlantic Puffins during the early afternoon. Last winter we saw just one puffin over the course of five trips. They are more reliable off VA in February, but we have had some good counts down here on occasion.  We saw many small flocks of Razorbills over the course of the day, but they were mostly flying around and those that we saw on the water were skittish. A couple of Razorbills that landed close astern were a bonus for those who were watching the wake. One tiny bird that buzzed by in the sun glare was almost certainly a Dovekie, but we could not find any more despite hard searching. And other birds came right to us: a Manx Shearwater flew across the bow at close range and a Sooty Shearwater joined our feeding flock in the wake. Single Black-legged Kittiwakes- all first winter birds- joined the flock periodically as well. Kittiwakes have been scarce here in recent winters, so it was great to see a few on this trip.  We were also treated to a first winter Glaucous Gull and an adult gull that appeared to be a Glaucous X Herring hybrid. There was also an odd looking third winter gull that we puzzled over as a possible Iceland Gull, but it seemed a bit dark.

All the while we were finding this awesome assortment of birds, we were seeing an interesting mix of other marine life. The change was teaming with Hammerhead Sharks and we saw several Loggerhead Turtles. A large Ocean Sunfish let us approach closely. A pod of Atlantic Spotted Dolphins came in and rode the bow wave and did somersaults off the beam for several minutes. And a small Humpback Whale surfaced a few times close to the boat. There was a surprising lack of Bottlenose Dolphins around Hatteras Inlet and we did not really go looking for them around the shoals, as we had so much to see at the edge of the Gulf Stream. Likewise, we did not see a skua, but we didn’t search all of the usual places for that either. It was just a great day for an all around wildlife cruise. It’s hard to call it a pelagic trip in less than 100 feet of water, but that’s where the life was on this day and we were fortunate to be there.

I would like to thank Melissa Dowling of the North Carolina Museum of Natural Sciences for organizing this charter and Megan Chesser, Brian O’Shea, and Sam Jolly for helping as guides for their group. And a big thanks to Kate Sutherland for helping document the trip while keeping a hungry flock of gulls, gannets, and fulmars in tow most of the day. 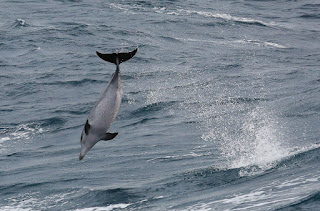 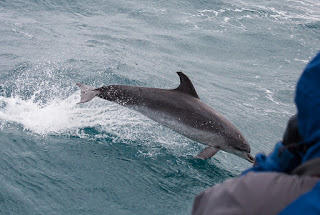 Black-capped Petrel is an iconic seabird of the Gulf Stream and is rarely found far from it. Here it has ventured a few hundred yards across the color change to check us out (photo by Kate Sutherland) 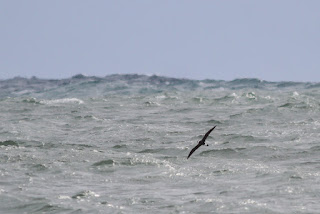 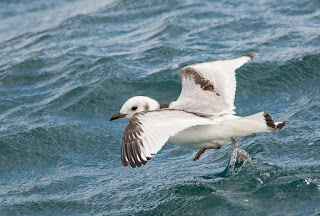 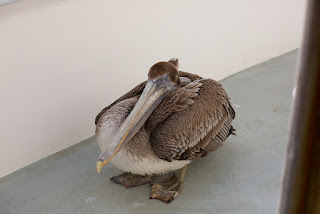 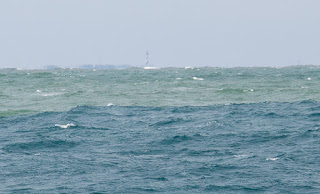 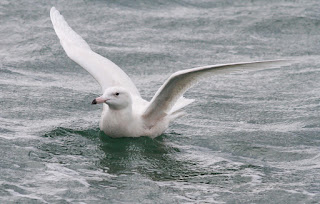 We were not sure what to call this gull- perhaps it's just a pale Herring Gull, but maybe not (photo by Kate Sutherland) 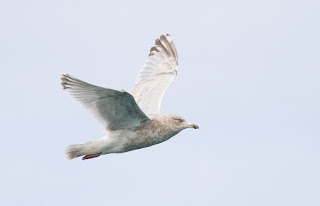 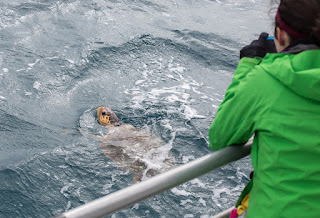 We called this a Glaucous X Herring hybrid; it was larger than the Herring Gulls (photo by Kate Sutherland) 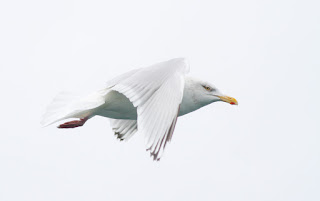 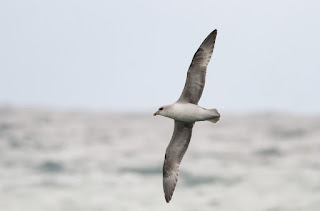 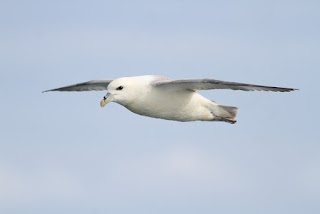 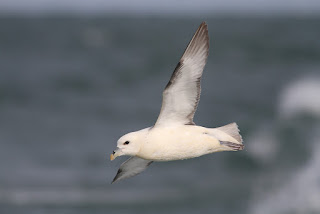 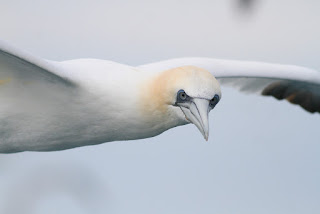 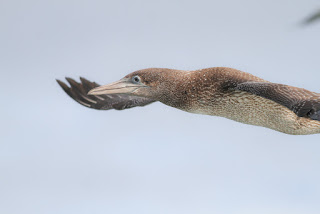 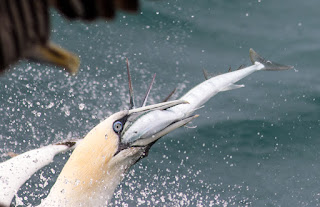 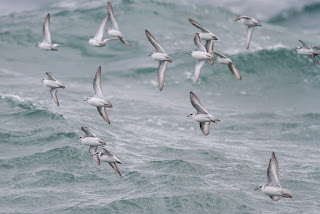 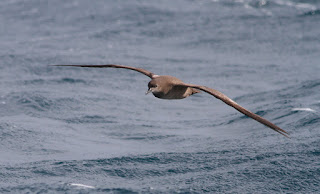 Posted by Kate Sutherland at 8:48 PM