Saturday's weather was a little breezy from the east, so Brian postponed the trip a day and our 18 participants were at Dockside in Virginia Beach before 0400.  We were on our way by ten after 4 in the morning and passed Cape Henry into slight seas with light winds from the east.  The satellite image of the sea surface temperature showed some really nice looking water in and around Norfolk Canyon, so that is where we headed. 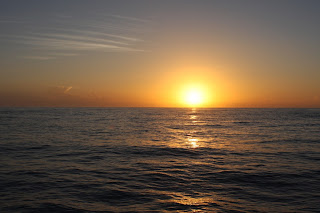 There were some clouds offshore when the sun came up a little before 0700 (photo by Kate Sutherland), hopefully indicating that there was some Gulf Stream influence out there.  On our 75 mile journey to the deeper water we passed some phalaropes flying by and had one nice group of six Red-neckeds sitting on the water with gorgeous reflections!  Two Loggerhead Turtles were also cooperative on our offshore trek, staying on the surface and checking us out as we photographed them (photo by Kate Sutherland). 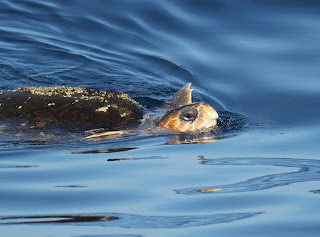 As we approached the Norfolk Canyon, the water temperature began to increase and we passed some sargassum, typical of Gulf Stream waters, followed by some Portuguese Man o' Wars - the gorgeous stinging siphonophore that is characteristic of tropical and subtropical seas (photo by Dave Shoch). 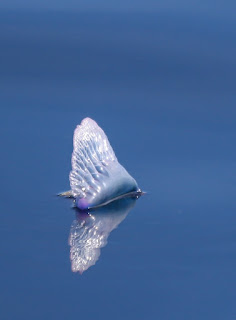 The northern tip of the canyon welcomed us around 0930 and from there we headed southeast down its length.  We had good views of Cory's, Great, and Audubon's Shearwaters plus a few Wilson's Storm-Petrels.  A few Great Shearwaters flew right up the slick to the boat in their quest for food (photo by Dave Shoch), which they happily dove for behind us. 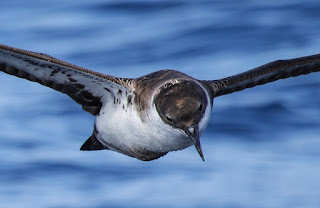 We passed the mouth of the canyon into deeper offshore waters over an hour later where we found some Pilot Whales, likely Short-finned, and a couple large flocks of Wilson's Storm-Petrels - unfortunately we were unable to turn up a White-faced Storm-Petrel.  We also did not find any Black-capped Petrels or jaegers like last weekend.  We were lucky to find another group of Risso's Dolphins, though, mixed in with some Pilot Whales, and they came right in to the bow of the boat to check us out!  It was an unexpected bonus to find this species out there two weeks in a row!  We picked up speed as we crossed the shelf break again in the afternoon and twenty minutes later a Bridled Tern flew in towards the boat, a really nice sighting!  While we were stopped to look at this bird, two more were spotted on a piece of wooden flotsam.  These two were an adult and juvenile (photo by Dave Shoch). 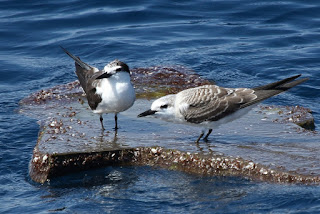 It was awesome to hear the young bird begging and watch the adult fly and pace from edge to edge of the float to get some distance from its offspring!  It was a long day offshore, but worth it to see what was out there and to get nice views of two Gulf Stream specialties, the Audubon's Shearwater and Bridled Tern.  The seas were calm so it was a gorgeous day out there.  We would like to thank everyone who joined us for this final Virginia trip of the summer, especially our group of seven birders from Finland who were traveling in the area this week.  A big thank you to our leaders, Ned Brinkley, Dave Shoch, and James Fox, they all did an excellent job spotting birds and marine life and helping people get on them!  Thank you also to Dave for letting me use some of his photos here! 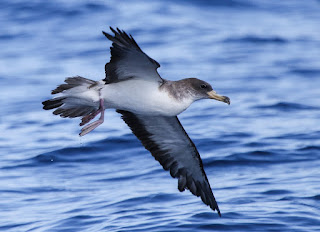 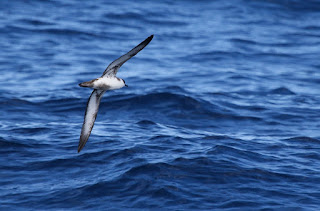 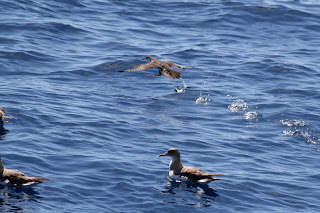 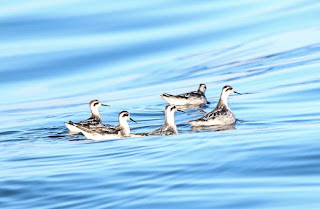 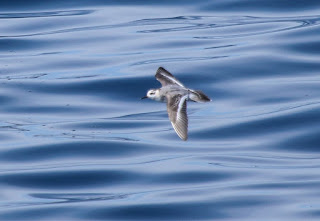 Another image of the Bridled Terns (Dave Shoch) 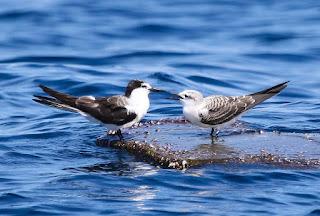 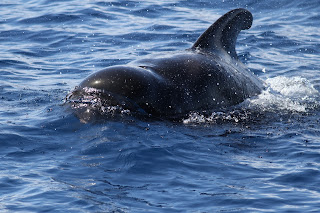 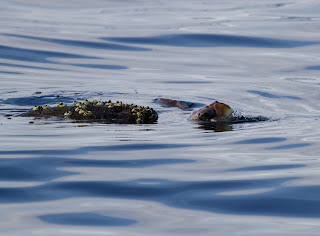 And another gorgeous image of a Portuguese Man of War and its reflection! (Dave Shoch) 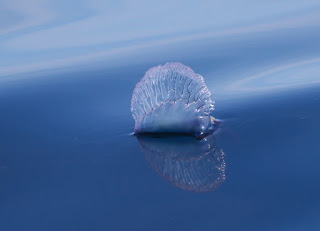 Posted by Kate Sutherland at 6:31 PM