Running winter trips is a challenge because it is generally a rough time of year offshore with more wind and swell than the summer. Cold fronts are more frequent and the dominant wind is usually from the north. That makes Hatteras an appealing port because the inlet here is sheltered from the northeast swell. But there are also times when the wind blows hard from the south. With this in mind, we usually keep the option open to run a trip from Oregon Inlet if necessary. This weekend was the first time in several years that we played that hand, and I ran the Stormy Petrel II up to Wanchese on Friday, with the hope that the predicted southeaster would not be too much for us up there. A southeaster is no cakewalk on the north side of Cape Hatteras either, but generally the farther you get from the Gulf Stream the less wind there is.

There was not much wind for us when we headed out to sea Saturday morning. It was blowing pretty hard south of the Cape, but off Oregon Inlet there was not even a white cap, but the swell was already starting to build. As for birds, it was pretty quiet close to shore. We saw just a few loons, gannets, and Razorbills as we jogged down toward Wimble Shoals. This can be a great area for birds, but was sparsely populated by them the morning of Feb. 10.  We did, however, find quality over quantity, and less than an hour after clearing OI, we were looking at our third species of alcid for the day. Surprisingly, it was a Thick-billed Murre, which is quite rare at this latitude. 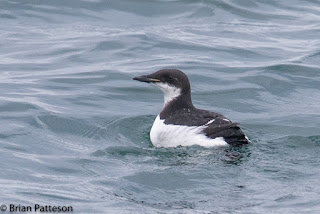 The murre allowed us to approach closely for photos, and reminded us that part of the appeal of these trips is the potential for the unexpected. We continued on our way southward and about 35 minutes later we were looking at another murre, but this one was a Common Murre molting into breeding plumage! 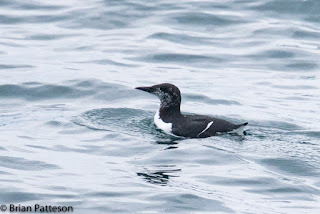 BAM! Four species of alcids and no puffin yet! Well, we didn’t have to wait long for that because we spotted a puffin sometime after 9:00. We also picked up five more Common Murres before 10.

We kept on our way slowly to the southeast and we began to recruit a few gulls and gannets with our chum. It did not take long for a few fulmars and kittiwakes to find our flock, and a minute or two after 11, a Great Skua came charging in and began raising hell (photo by Alex Brash). 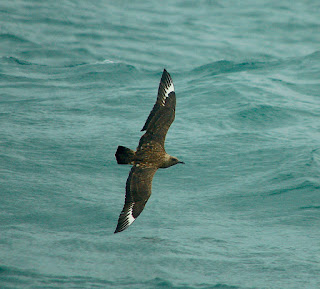 We’ve had some good luck with skuas so far this winter. This one came in close and sailed right over the boat. Within minutes a couple of Manx Shearwaters appeared, adding yet more diversity to the day’s sightings. Bonaparte’s Gulls are often around when you are seeing winter Manx, but they were kind of scarce.

We were still struggling with Dovekies in the tight, growing swell. We had seen a few singles, but generally not until we were right on top of them at which point they would dive or fly off. Last week it was better for Dovekies closer to the warm water change, so I pressed onward to the southeast in search of such a condition. We finally found some warmer water around 12:15, but it was not a super sharp change. Not surprisingly it was devoid of phalaropes, which are more often near a hard change. There were, however a few puffins around and we found them in the cold water and in the warmer water. There was about an 8 degree spread over a few hundred yards from around 50 to at least 58.

We stuck close to the change for a while and a couple of new species appeared. We saw not one, but two Black-capped Petrels near the change (photo by Ed Corey). 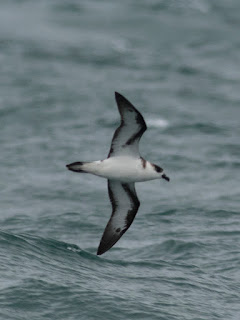 It’s always great to see them, especially a few miles away from the deep Gulf Stream water they prefer. Then we had some excitement when a Sooty Shearwater arrived near the boat at the same time as a pair of adult Little Gulls. The Sooty stuck around for several minutes, but the Little Gulls quickly moved on, but we all had a close look before they left.

Working back into the cold water we found many more Razorbills than we had seen during the morning but they were nervous and hard to get close to. We had better luck getting close to some Common Murres and we saw several over the course of an hour (photo by Kate Sutherland). 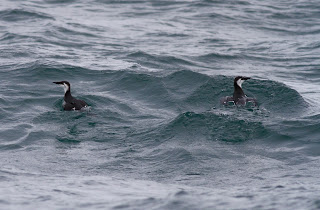 It was mix of basic plumaged and molting Common Murres. We also had a few more of encounters with at least one more Great Skua.

It was a pretty nice ride back to the inlet in following seas. That helped us get some better looks at Dovekie. It was little bit foggy and some fulmars followed us inside the 3 mile line. So we saw fulmars in state waters in the truest sense. We also picked up another Sooty Shearwater just south of the OI sea buoy (photo by Kate Sutherland). 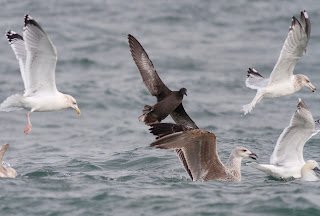 It’s been a long time since we had to swap departure points a couple of days before the trip, but it enabled us to run a trip we would have otherwise had to cancel. The timing of the weather was also crucial to our success. If the southeaster had come on the afternoon before, we probably could not have gotten down to where the concentration of birds was and we might not have been able to run a trip at all.  I would like to thank everyone who came out and had faith in us getting trip out. I would also like to thank Kate Sutherland and Ed Corey for working the deck all day without a break. They did a top-notch job making sure nothing was missed despite the fact that birds were appearing and disappearing quickly in the conditions we had to work with.

We're going to put the eBird link here for the trip list - click here for that!  A big thank you to Ed Corey and participant Alex Brash of CT for allowing us to use their photos for the blog!  -Kate

We had both light and dark Northern Fulmars in our following flock.  Light bird below is by Ed Corey, dark by Kate Sutherland. 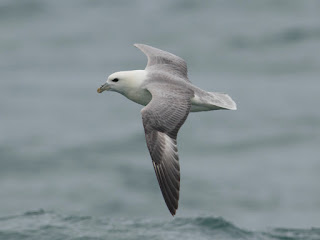 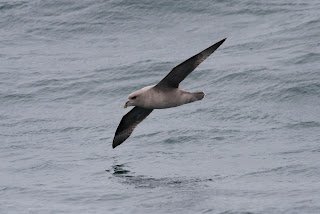 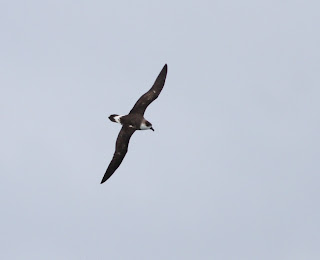 One of our closer Manx Shearwaters (Alex Brash) 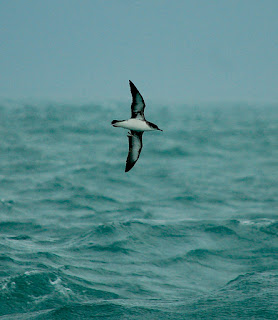 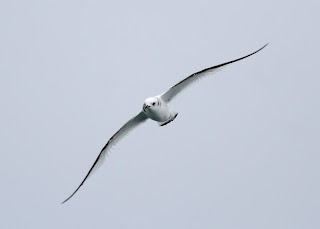 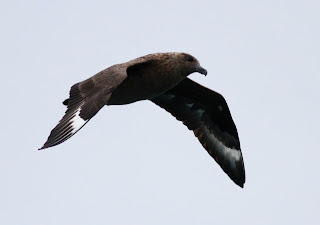 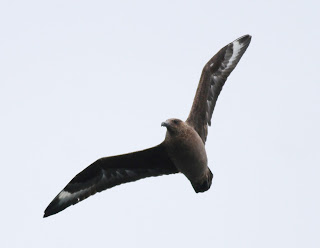 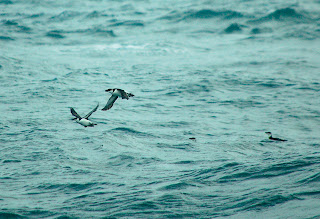 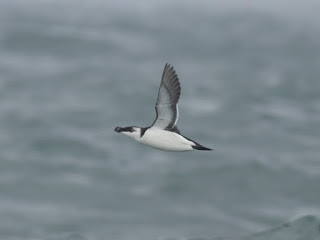 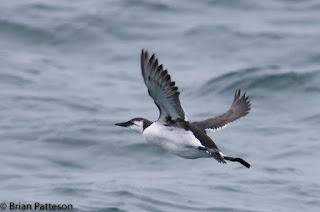 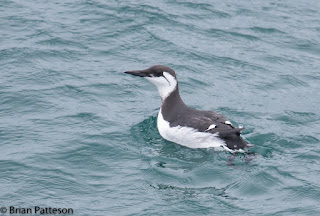 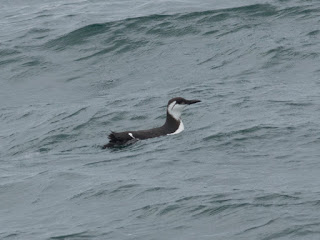 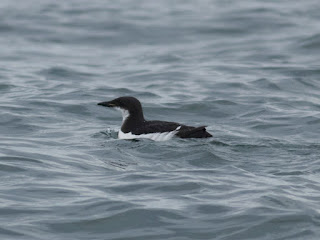 And finally one of the Atlantic Puffins (Kate Sutherland) 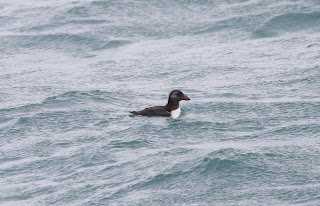 Posted by Kate Sutherland at 7:23 PM