We usually recommend that participants join us for a set of trips when they travel to Hatteras to head offshore with us, it maximizes their chance for the most species, and every day is different here in the Gulf Stream!  Friday and Saturday were a nice example of that!  While we saw our target species each day, and had nice views of most, Friday was quite slow in terms of individual numbers and activity while Saturday was more what we expect to see out there plus a few unexpected visitors!  Weather was unsettled for both trips and we had some rain, but for some reason the showers on Saturday were a bit more bearable with more birds to watch!  A Fea's Petrel flew up our slick on Saturday just after 1230, making a few close passes and coming in to check out the chum with our shearwater and storm-petrel flock.  Here you can see how small the Fea's is (foreground) compared to a Great Shearwater (background)! (Kate Sutherland) 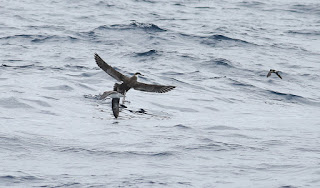 As we were watching the Fea's Petrel, a Masked Booby flew in right overhead!  Participant Frank Mantlik captured this image with both of our rare sightings in one frame! 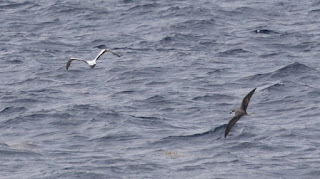 Black-capped Petrels were around both days, though the numbers were much lower than we saw earlier in the spring.  Cory's type shearwaters are beginning to show up in higher numbers and we had excellent views of both Cory's and Scopoli's on each trip, though Saturday we found a flock of shearwaters feeding over some skipjack tuna that gave us incredible views of the Cory's plus Great and Audubon's! (Kate Sutherland) 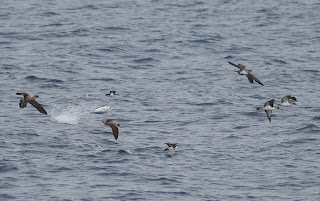 The flock also attracted an adult Sooty Tern that came close to the boat as it swooped over the feeding birds, calling occasionally as it did so.  Storm-petrels were more cooperative on Saturday, though we had three species on both trips!  Our Wilson's flock was more ample on Saturday and Band-rumped and Leach's Storm-Petrels responded better to the chum giving everyone aboard a chance to practice identifying these larger stormies on their own!
Thank you to everyone who joined us for these trips, especially Mark Welter for organizing a group of Indiana birders for Friday!  We also want to thank our leaders, Phil Rusch and Michael Sandoz, for helping us out on short notice!  They both did a great job to make these trips a success.  Thank you also to participant Frank Mantlik for contributing photos for the blog post!

A few images of the Fea's Petrel.  This bird had a unique looking facial pattern with a whiter cheek than we typically see.  (first three photos by Kate Sutherland, final image by Frank Mantlik) 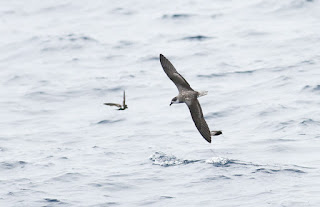 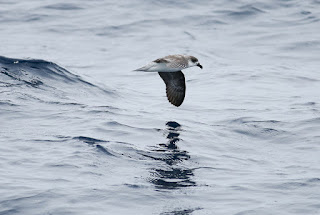 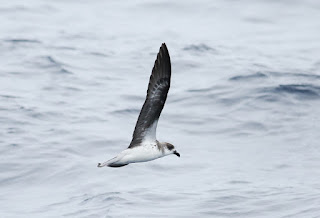 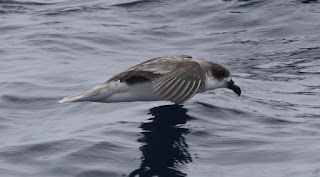 The Cory's and Scopoli's Shearwaters were very cooperative for us on both trips!  Here are a couple images each of Cory's (top) and Scopoli's (bottom) that illustrate the difference in head and bill size in addition to the underprimary patterns for each. (Kate Sutherland) 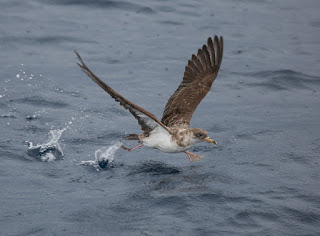 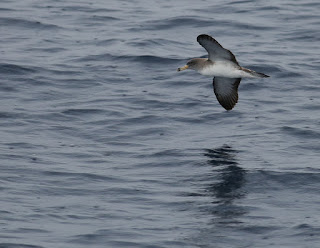 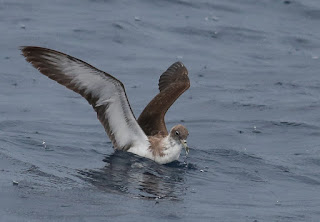 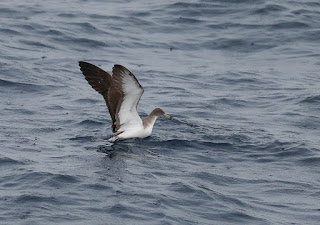 On Friday, the Great Shearwaters followed well behind the boat, diving and feeding on the chum!  This always makes for some great photo ops!  (Kate Sutherland) 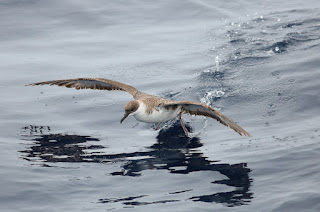 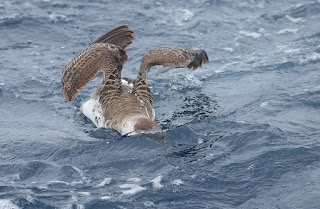 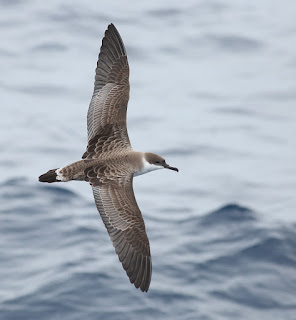 Audubon's Shearwaters are finally around!  We saw more on Saturday than on any trip so far this spring!  Here you can see the variation in facial pattern on these birds.  (Kate Sutherland) 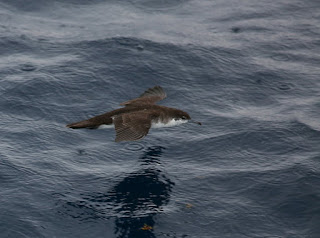 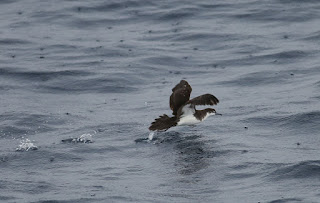 The Leach's on Friday flew by at a high rate of speed inshore of the shelf break, but on Saturday we had time to observe one flying around in the slick! (Kate Sutherland) 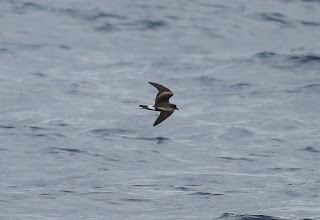 Band-rumped Storm-Petrels were also much more cooperative on Saturday!  Note the clean, white rump patch compared to the larger, split one of the Leach's above.  (Kate Sutherland) 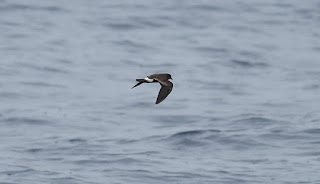 And the short legs that cause Band-rumpeds to have a different feeding technique than the Wilson's!  (Kate Sutherland) 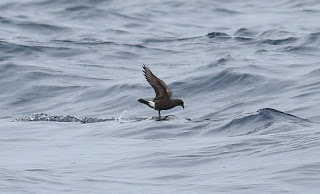 Masked Booby as it flew over the slick and away! (Frank Manklik) 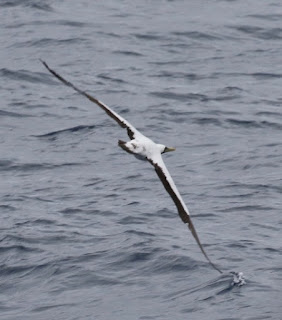 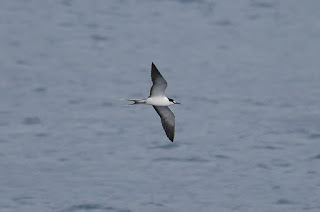 We had Common Terns offshore each day! (Kate Sutherland) 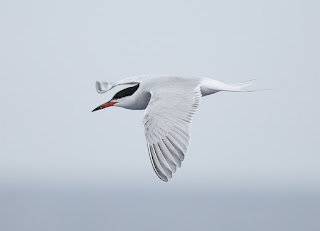 & a final image of a skipjack!  There were small flyingfishes everywhere as well, perhaps the skipjack were feeding on these!  (Kate Sutherland) 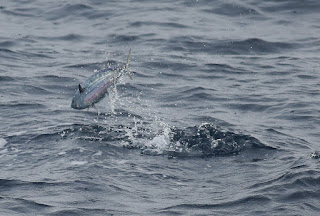 Posted by Kate Sutherland at 12:23 PM