Westerlies are not something we look forward to...many times birds are pushed farther offshore and might not be hungry enough or close enough to follow the scent trail to our boat.  We've had some west winds this summer and while Friday had some brisk southwest winds (and a lot of heat filled storms offshore...so many that we didn't even chance going out), Saturday had some north westerly wind in the forecast.  But that morning, just more westerlies.  The swell, however, was from the southeast...that was a plus.  And there were some squalls still around offshore...another plus.  So we headed out to see what we could find - we were not disappointed!!

Just over the shelf break we started seeing shearwaters and Black-capped Petrels!  A small group of Red-necked Phalaropes zipped by.  By 0900 we were with a nice flock of feeding birds over some skipjack tuna.  We saw Sooty Terns up high that led us to the shearwaters and petrels and we were able to work this group of feeding birds for over an hour watching Black-capped Petrels, Cory's, Scopoli's, Great, and Audubon's Shearwaters feed together and then settle down repeatedly as the fish pushed to the surface again and again.  A Bridled Tern visited the group (photo by Chris Sloan) 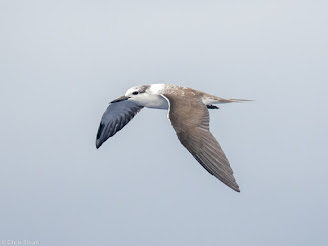 and our first Band-rumped Storm-Petrel of the day flew through!  Just after 1030 a Tiger Shark swam by the boat, identified by its blunt snout and coloration, leader Chris Sloan was even able to see the diagnostic stripes that are visible on younger individuals like this one!  It was 7-8 feet in length, adults can reach over 12 feet!  This is the second tiger shark we've seen out in the deep this year.

Around 1130 a nice squall line formed nearby and Brian let it approach as close as he safely could!  Black-capped Petrels seemed to appear out of thin air as they rode the winds along the front! (photo by Kate Sutherland) 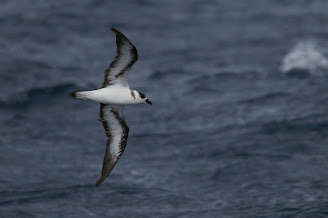 It was an awesome sight to look back and see close to 20-25 individuals arcing into the sky, riding the wind as only they can do!  Shearwaters and storm-petrels were also zipping around in the slick, a Sooty Shearwater and Pomarine Jaeger joined the flock, the latter giving us a quick but satisfactory view as it zipped across the bow!  We jogged ahead of the storm front to another group of birds and the same or another Sooty appeared and fed right next to us for incredible, if rainy, photo ops!  (photo by Kate Sutherland) 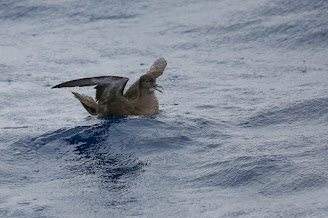 Just before 1230 Chris Sloan and Jamie Adams spotted a Fea's Petrel zipping up the slick towards the boat!!  Everyone got on it and even though it came in to the chum, it didn't stick around in spite of the delicious morsels I put out to entice it to make another pass.  At least we got some record shots of this sleek gadfly!  (photo Kate Sutherland) 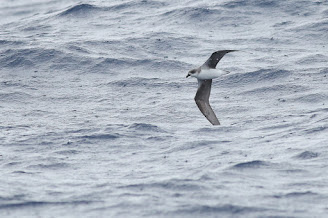 During that same period a young Great Black-backed Gull joined the flock behind the boat and we had a quick visit from a Leach's Storm-Petrel in the slick!  Not a species we usually see on a westerly wind, but maybe that swell and the squalls played a role it its appearance!  More Sooty Terns and a couple more Bridled Terns joined us in the slick and a small pod of Short-finned Pilot Whales popped up nearby!  We were able to move with these animals for at least 15 minutes or so and observed at least one larger male and a number of smaller individuals with some calves that looked downright tiny! (photo Kate Sutherland) 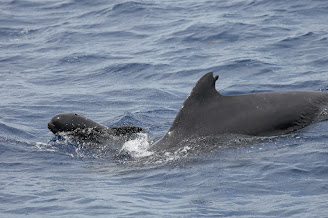 As usual with pilot whales, they didn't seem at all bothered by us and spent time logging on the surface and swimming under and around the boat!  The rest of our time offshore of the break allowed us to study our shearwaters and stormies with the occasional Black-capped moving through.  Overall an incredible day offshore, not one that we ever would have predicted in the morning!

Thanks to everyone who joined us out there and thanks to those from Friday's trip who were able to stay on for Saturday!  The reward was nice!  We still have space on a number of trips this summer: August 21, 22, 28, 29, and September 5.  A big thank you to Chris Sloan and Jacob Farmer for helping us lead the trip and contributing photos! 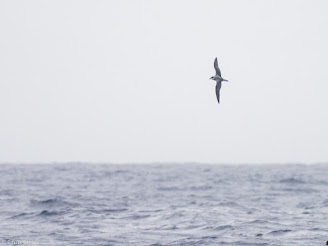 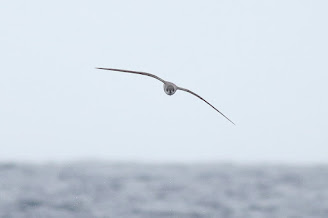 Cory's were around in good numbers!  But photographing them all to check for type was a lot of work!  So we did our best...  Atlantic Cory's (Kate Sutherland) 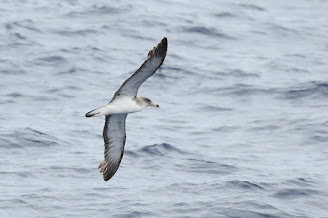 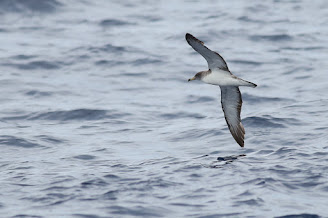 Another Scopoli's by Chris Sloan showing a bit less white in p10. 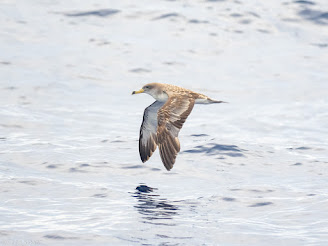 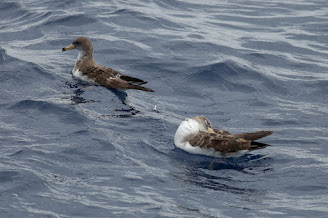 We had nice numbers of Great Shearwaters (Kate Sutherland) 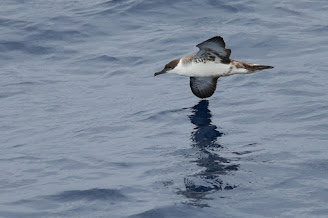 Wilson's Storm-Petrels were quite attentive in the slick even if we didn't have large numbers! (Chris Sloan) 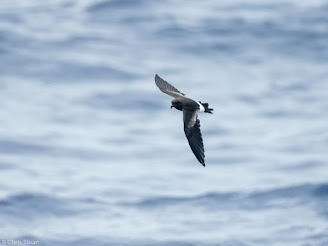 Band-rumped Storm-Petrels were a bit tough to get on at first, but then stuck with us giving everyone a chance to see them well!  (Kate Sutherland) 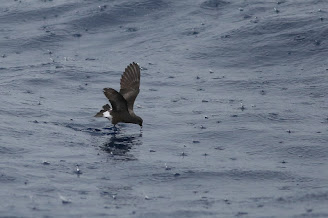 Chris Sloan captured this awesome image of a Sooty Tern! 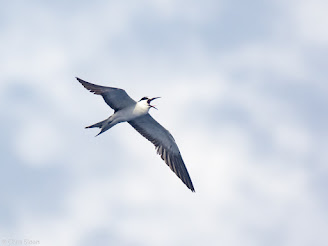 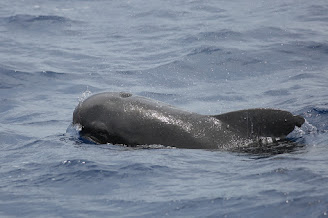 Posted by Kate Sutherland at 5:49 PM