We ran back to back trips on Friday, August 7 and Saturday, August 8 and sailed under delightful weather conditions on both days.  Winds were rather light out of the southwest for the set which kept airborne shearwaters and petrels to a minimum with many lounging around on the sea waiting for some wind. (On the way out Saturday morning by Kate Sutherland) 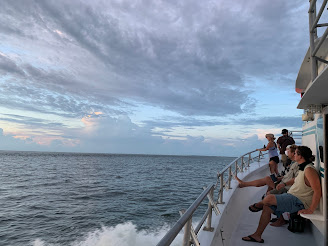 Most of our activity on Friday and Saturday seemed to be in the shelf waters as we came up on several Skipjack Tuna feeding frenzies with attendant Sooty Terns plus Cory's, Scopoli's and Audubon's Shearwaters. On Friday we tailed an impressive 150+ Sooty Terns mostly on shelf waters and suspect that many of these terns were perhaps returning south after being displaced to the north by Hurricane/Tropical Storm Isaias earlier in the week.  (Sooty Tern by Kate Sutherland) 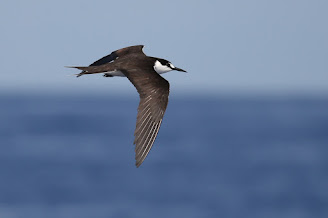 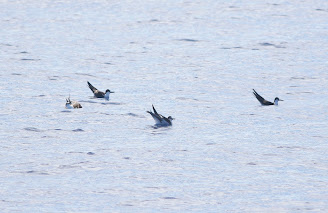 And speaking of Bridled Terns we had a very cooperative first summer Bridled Tern on Friday doing what Bridled Terns do best - sitting on pieces of flotsam in and around some Sargassum seaweed lines.  (photo by Kate Sutherland) 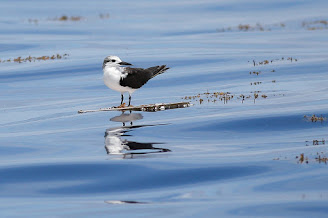 On Saturday, a new tropical tern for the year in the form of a Brown Noddy was hanging tight with a foraging group of Sooty Terns and was enjoyed by all.  (photo by Peter Flood) 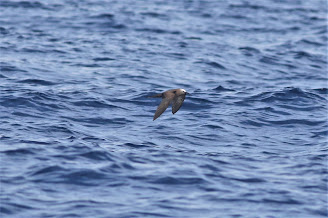 We were able to pull out a few Scopoli's Shearwaters on both days that were in and among some of the lounging Cory's Shearwaters. (photo - Chris Sloan) 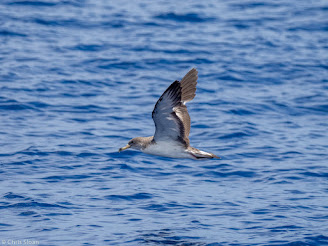 Chumming was not particularly successful on Friday with near windless conditions at times.  Saturday fared a little better with some light breezes that dispersed the scent of our chumming efforts more effectively and attracted some moderate numbers of Wilson's Storm-Petrels as well as a few Band-rumped Storm-Petrels. Saturday's Band-rumps made some really nice, close passes by the boat which allowed everyone on board to see them well.  (photo by Chris Sloan) 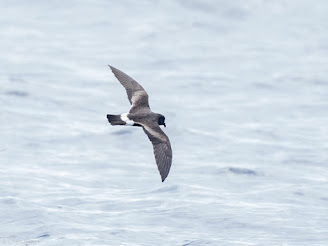 Like the shearwaters, most of the Black-capped Petrels were sitting around on the water on both days and did not offer great looks. Their tolerance for approaching boats is far less than for shearwaters and they often take flight significantly sooner on approach. There was at least one Black-capped Petrel however that made a very close pass off the bow that appeared quite fresh and uniform and was perhaps a juvenile. (Photo by Peter Flood) 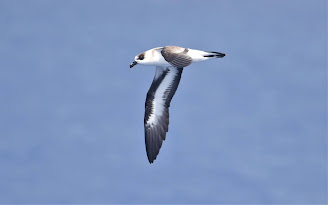 Risso's Dolphins are not very common off Hatteras and showed well on both days as did a few pods of Offshore Bottlenose Dolphins.  (Risso's dolphin by Kate Sutherland) 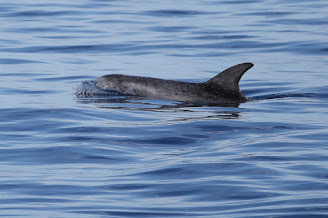 Odonata (Dragonflies and Damselflies) were also well represented on both days with unprecedented numbers of Wandering Gliders flirting with the boat with many found well offshore.

Thanks to everyone who joined us on Friday and Saturday.  Thank you to our leaders Chris Sloan and Peter Flood for helping Brian and I on both days and sharing photos and to Peter for writing the blog.  We have space on the rest of our August trips! 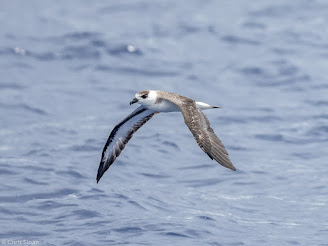 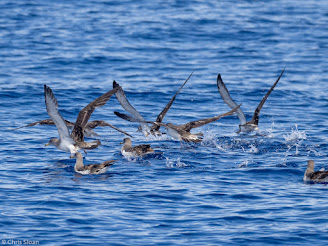 A Cory's type eating some food not provided by us!  Looks like a nice squid!  (Chris Sloan) 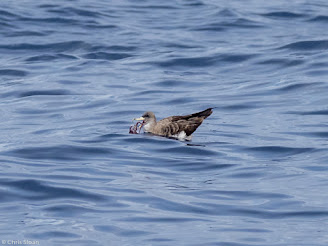 Audubon's Shearwaters were incredibly cooperative each day since the seas were so calm!
Feeding and with a small fish from the sargassum (Kate Sutherland) 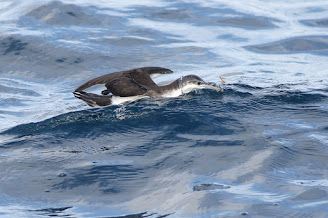 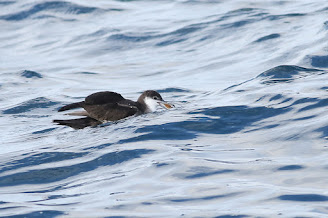 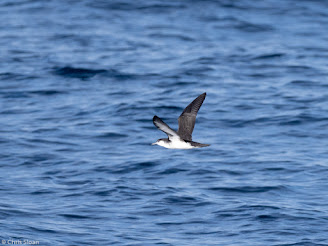 We also found some incredibly cooperative Red-necked Phalaropes on some of the sargassum lines we encountered!  You can see the streaked back and fine bill in this photo (Peter Flood) 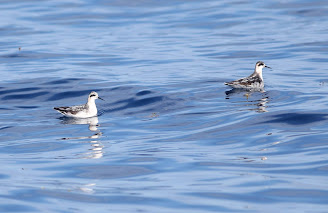 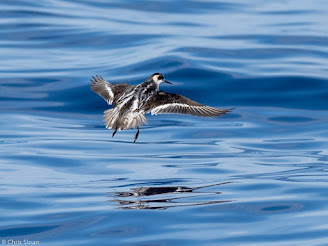 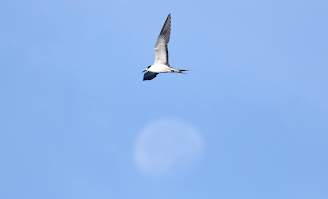 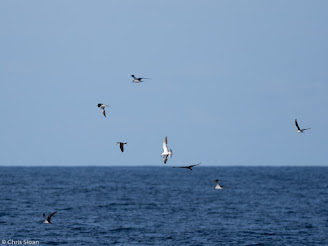 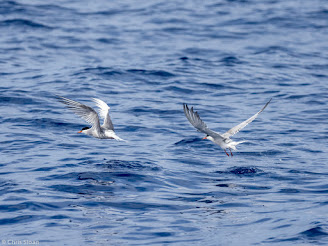 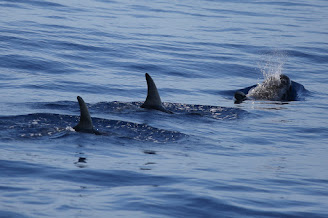 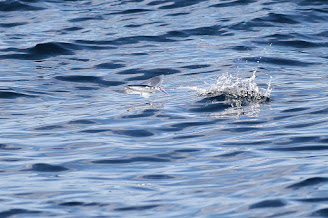 One of the Wandering Gliders that landed on the boat!  I can't ever remember seeing so many offshore here!  (Kate Sutherland) 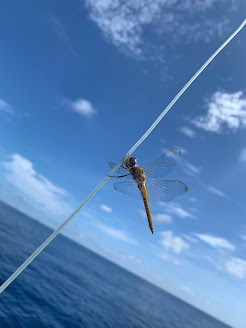 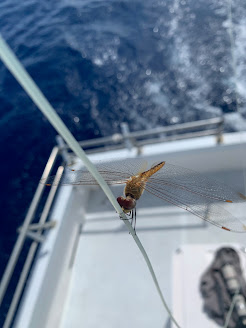 Posted by Kate Sutherland at 7:55 PM