Finally after fixing some mechanical issues with the boat and then being weathered out...we made it offshore!  Our trip this weekend ran from Oregon Inlet to the north and we had such a perfect window with the weather to make it out there.  Winds were light from the north west for most of the day, with a nice swell from the east / southeast.  Skies varied from overcast (with a little rain) in the morning, to partly cloudy with some rays of sun midday, then dense fog in the afternoon!  What variety...!  It worked well for us, though, with an adult Little Gull fly by just offshore of the inlet!  Razorbills were on the water and in flight as we headed to the southeast, with the first Dovekies flying by just after 0800!  We were so happy to have this warm welcome in the cooler waters to the north.  Just before 0900 the shout went up from leader Ed Corey in the stern - "Skua!!!  Great Skua coming in!!  Six o'clock!!!"  And just like that, the day was made, even in the rain! (photo by Liam Waters) 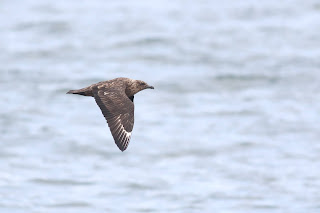 This bird stayed with us for over three hours as we cruised south, offshore of Hatteras Island.  It was not in view all of the time, but periodically we would see our gull flock gather up high in a tight group and here it would come...from below, charging up to choose a victim!  It was not like our usual sightings where a bird flies by back in the flock, this skua flew by us again and again!  Over the pulpit, over the stern, by the port and the starboard - we were super lucky!!  We thought we might find more individuals when we looked at our photos, but this bird had a white feather in the left underwing that helped us to identify it in photos from around 0900 to noon (photo of underside by Kate Sutherland). 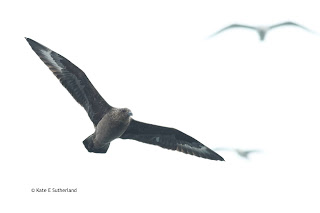 1000 brought us our first view of an Atlantic Puffin! 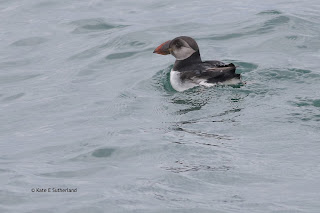 We saw at least seven over the course of our time southeast of the inlet.  Dovekies were also very cooperative and we had a number of photo opportunities throughout the day!  Brian Patteson captured this awesome image of one just popping off the water! 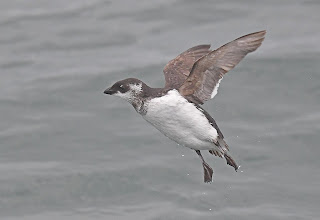 Northern Fulmars were around in the morning, but fleeting views were all that we had.  As we reached our turning point about 15 miles offshore of Avon, we found a few more, then as we moved back to the north we were lucky to find six working a natural slick!  These compact tubenoses zipped around beside the boat, sat on the water for us, and brought a lot of smiles to those aboard. 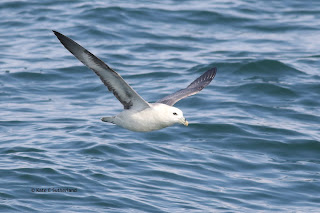 What an awesome day!  Though we ended a little earlier than planned due to a dense fog.  This cut our visibility down to almost nothing for the last hour and a half we were out there - not the best for spotting alcids on the water - needless to say, we didn't turn up any murres.

Thank you so much to everyone who joined us this weekend!  This winter has been a challenge for us, so we were super excited to finally make it out there!  A big thank you to Ed Corey and Jacob Farmer for helping us lead the trips (and for being such great chum masters!!).  Thank you also to Liam Waters for spotting birds and sharing his photos for this post!  We have space on the trip this weekend, so let us know if you want to join!  - Kate Sutherland - cahow1101@gmail.com 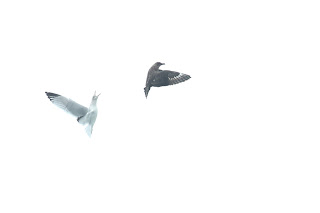 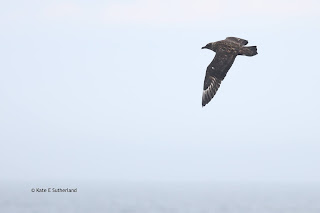 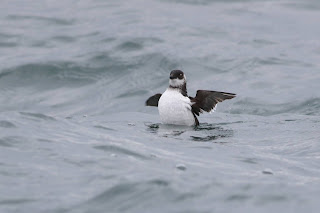 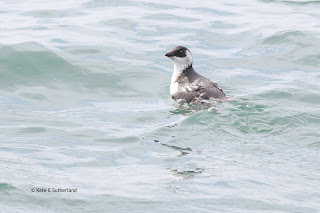 A flock of Razorbill on the water first thing in the morning, plus one in flight (K. Sutherland) 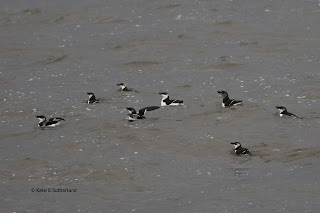 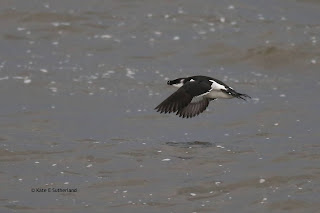 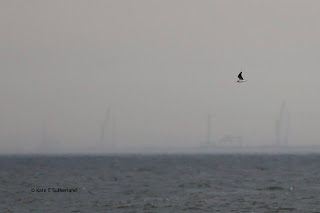 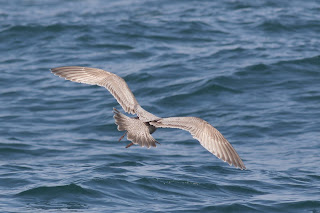 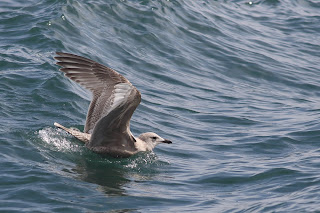 Northern Fulmar on the water and in flight (K. Sutherland) 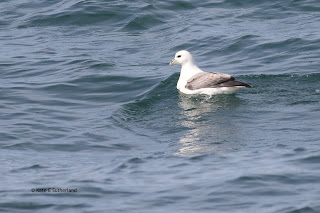 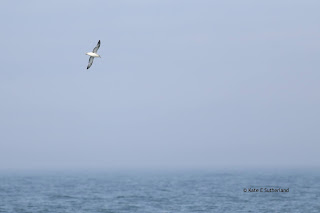 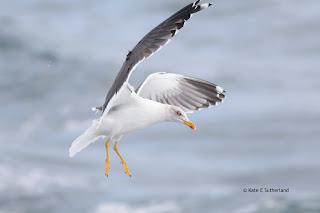 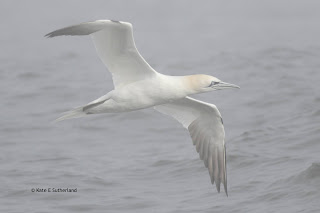 One of the Loggerhead Turtles we saw! (Liam Waters) 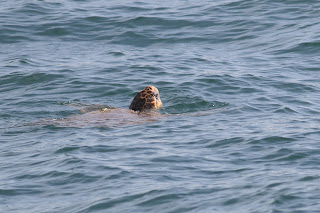 Posted by Kate Sutherland at 3:57 PM