Well, we had the wind today, but since the Gulf Stream current is so far to the south, we did not have its' counteraction to lay down the waves!  There were not many birds on the way out, but after we slowed and the morning progressed, we picked up good numbers of Wilson's Storm-Petrels in the slick and even had some Black-capped Petrels make close passes.  Band-rumped Storm-Petrels were seen well and we even had at least one in the slick for over an hour and a half that allowed all interested to study it thoroughly.  Cory's, Great, and Audubon's Shearwaters were all seen well and we even had a hungry Great come in and eat some Mahi mahi guts near the boat.  Yesterday we had Parasitic & Long-tailed Jaegers, and today we had Pomarine Jaegers - and great looks at that!  On the way in, beach in sight, we saw a skua fly by at a high rate of speed that headed away from us - probably a South Polar, but no photos.

Thanks to our leaders today: Steve Howell, Bob Fogg, & Nick Bonomo.  Thanks too to all who joined us offshore! 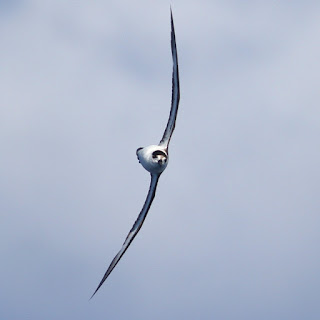 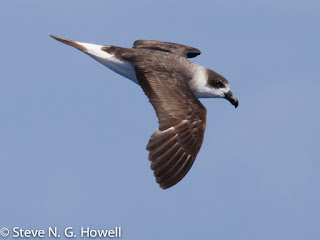 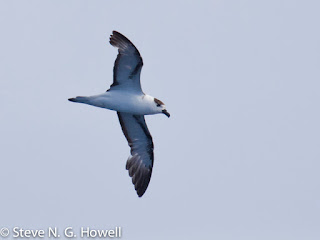 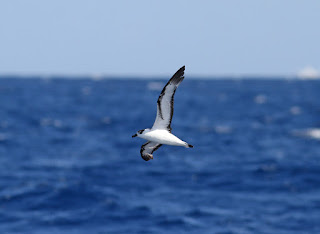 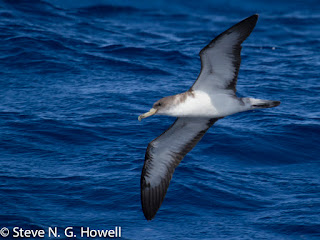 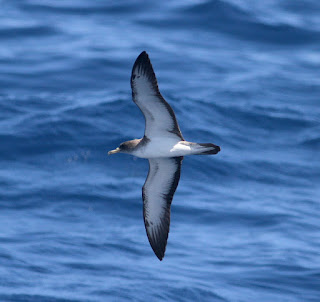 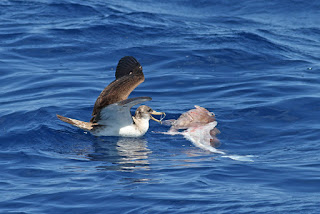 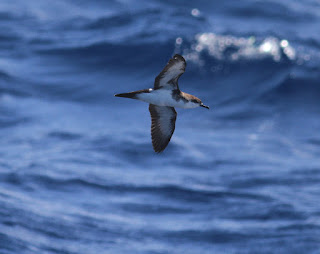 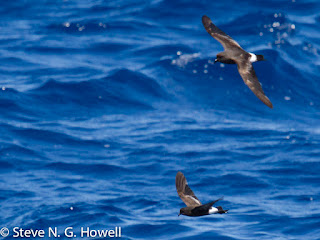 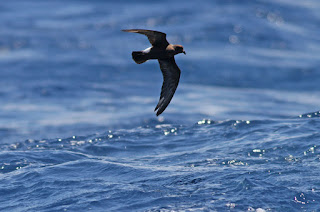 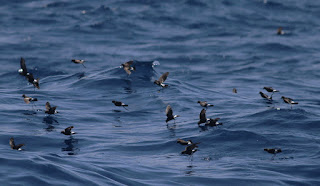 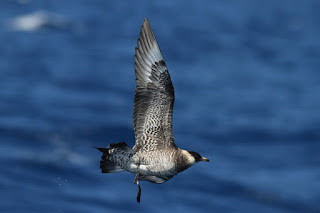 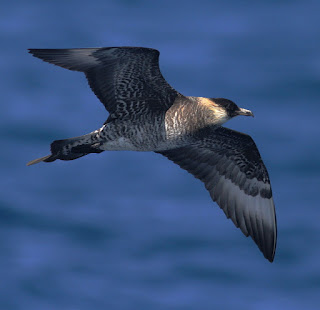 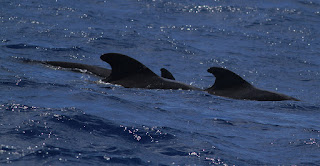 Posted by Kate Sutherland at 10:04 PM