Victor Emanuel Nature Tours chartered us for two days of pelagic trips led by longtime friend, and leader for us when he has time to come to the Outer Banks, Michael O'Brien.  It was an interesting two days with northeasterly winds on Wednesday shifting to more south southeast yesterday.  Numbers of Black-capped Petrels are still low this spring, but they made some nice passes and were seen well.  Cory's, Great, and Audubon's Shearwaters were also seen well over the course of two days, and while we had one Sooty Shearwater each day, the best view was on Wednesday when one flew into a slick we were drifting with out in the deep.  Wilson's Storm-Petrel numbers were solid for the two days and we had a good showing of Leach's & Band-rumpeds on Wednesday, but Thursday - wow - the Band-rumped Storm-Petrels were the highlight of the day flying with us in the slick for hours and making close passes when we drifted!  The Leach's were flying by a little more distant on Thursday, but a couple came by close in the slick, and there was a nice flight of them inshore in the afternoon.  We were lucky to spot a Bridled Tern on a piece of flotsam on the way out Wednesday morning;  this young individual sat for us to approach before flushing from its' perch.  Long-tailed & Pomarine Jaegers were seen each day, but on Wednesday we had one Pomarine and two Long-taileds follow us in the slick for hours!  Excellent views of each species, their interactions, and behaviors!  An interesting note was the inshore flight of shearwaters (mostly Cory's) and Leach's Storm-Petrels on the way back Thursday afternoon.

Non-avian life was seen as well with 2 species of beaked whale glimpsed on Wednesday, and closer interactions with Spotted Dolphins and Pilot Whales on Thursday.  We also had a quick look at a Loggerhead Turtle on the way out Thursday morning and one of the participants spotted some Ocean Sunfish (Mola mola) on the surface in the afternoon.  As Brian turned back on them, one breached!  Incredible to see this massive creature, silvery in the afternoon light, leap out of the water momentarily! We spent some time observing them moving in line on the surface and Brian commented that because the water is so warm this time of year, it is rare to see them on the surface, typically they are much deeper.  We also had a Hammerhead shark sighting, though we did not get a really good look at the head to see if it was a Scalloped or Great Hammerhead.  On Wednesday we dipped some Sargassum (two species!) in the afternoon and had incredible creatures in there: a Sargassum frogfish, some Seaslugs (nudibranchs), shrimp, a filefish, and some swimming crabs.  A link to a blog post by Sea McKeon about the inhabitants of this type of brown algae is here.  Early that same morning on the way out, a small group of flying squid flushed by the boat!  Flying fish were also seen in large numbers each day.

Thanks to Bob Fogg for photos from the two trips, and also for joining us for a number of trips this spring.  Capt. Brian Patteson also contributed some excellent photos for this post! 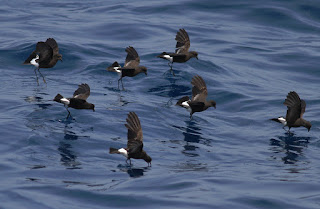 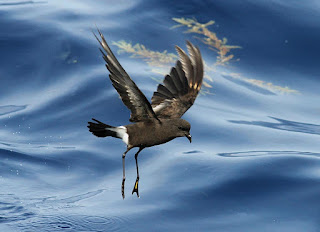 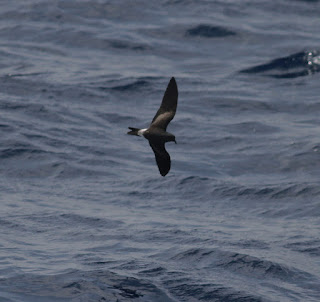 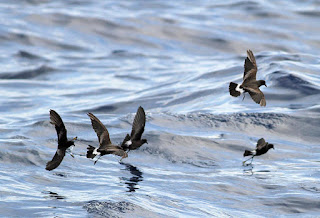 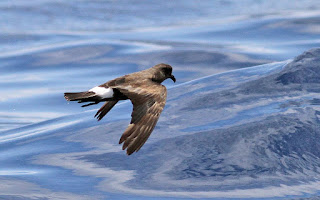 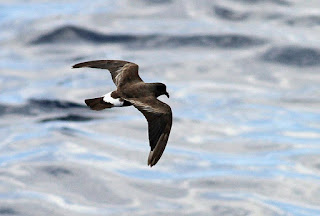 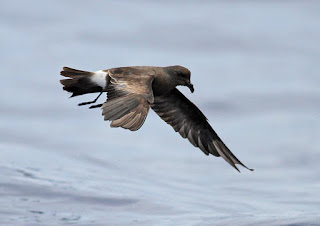 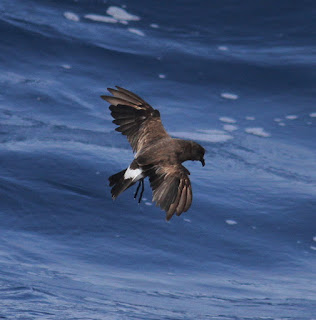 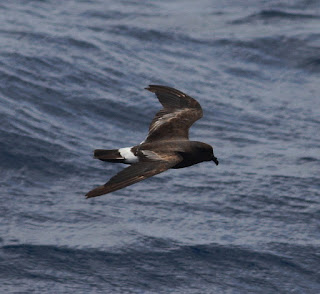 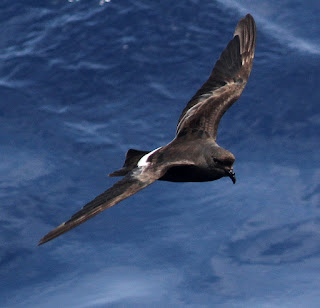 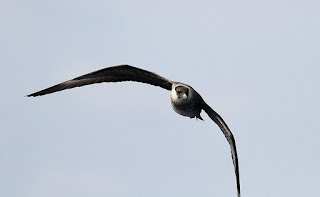 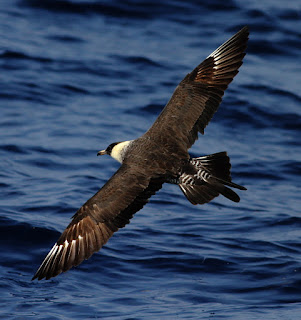 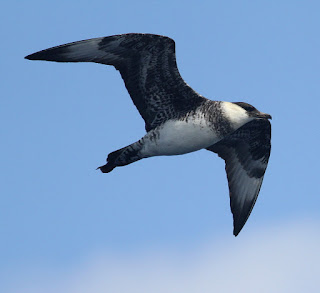 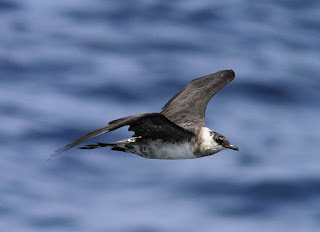 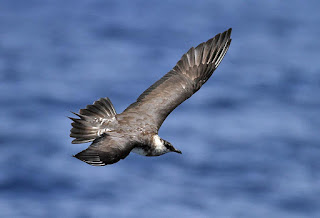 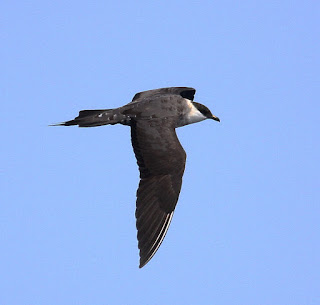 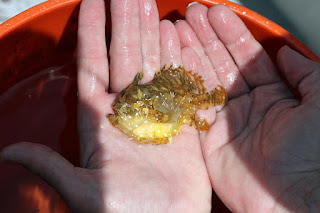 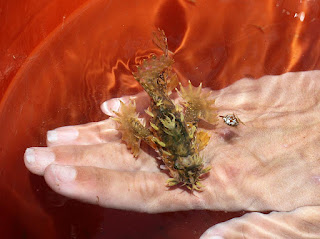 Posted by Kate Sutherland at 5:37 PM