Yesterday the Gulf Stream was off, with downcurrent, blended looking water, and really no current edges or "typical" habitat out there - but we found a Swinhoe's Storm-Petrel and fishing was off the charts for the first time this season - no complaints!  Today the skies were a bit clearer (sunrise by Kate Sutherland) 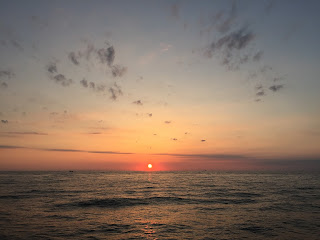 and a satellite image of the sea surface temperature showed the hot water about 40 miles offshore, we actually found it a bit inshore of that since it can change rapidly, and it was quite different from Friday!  We had light westerly and southwesterly winds but swell from the southeast, who knew what we might be able to turn up?! The shearwaters were not inshore as they had been, but they are here, and we had awesome views of Cory's, Great, and Audubon's over the course of the day and were treated to up to six or seven young Greats in the slick squabbling and feeding on the chum. Photo by Sea McKeon 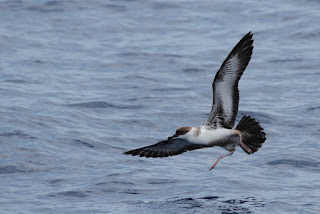 Black-capped Petrels treated us to some incredible views, though we did not see as many as we saw earlier in the spring.  We picked up a few Wilson's Storm-Petrels, with the first Band-rumped winging in a little after 0900! Photo by Kate Sutherland 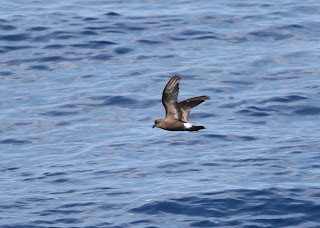 They are here!  We had up to four at once feeding in the slick with the Wilson's and a couple that stayed with the boat for hours flying up to the stern of the boat, feeding, then flying out of the slick and to the back of the flock, working their way forward again and again much to the delight of those aboard who wanted a chance to study these dynamic stormies!  Over the two days this weekend we had both the molting Band-rumpeds, the Grant's type, and the smaller, fresh Band-rumpeds that could possibly be the summer breeding Madeiran type.  At one point on Friday one of each was flying together right in front of the boat, passing under the pulpit as Ned Brinkely shouted out to our participants to take note of the size difference.  Just about where we found the blue water edge today, we had the first Leach's Storm-Petrel join the slick and make a quick pass, a new species for the weekend and we saw at least one or two others before the day was over!  Sea McKeon had a kite that young spotter Sage Church had colored to look like a tropicbird - because just maybe...? Photo by Kate Sutherland 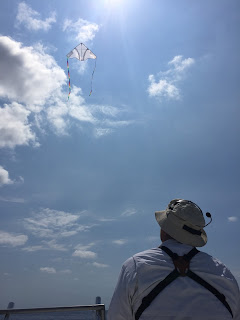 While we were not lucky enough to lure one of those in, it did attract the attention of a young Bridled Tern who came right in to check that kite out about four or five times before heading away! Though we had a lot of eyes scanning, Brian spotted the birds of the day from the wheelhouse!  First the news of a large dark bird, a skua, flying about a mile and a half distant perked us all up around one in the afternoon, pursuit followed since we saw the bird flare up a few times, as if over some shearwaters, then it was gone.  On the water we hoped, and we were right!  There was a flock of shearwaters and storm-petrels on the water where we slowed and just beyond them sat the unmistakable dark form of a skua!  We were able to approach the bird and when it flushed, still a bit ahead of the boat, it came right at us, Photo by Brian Patteson 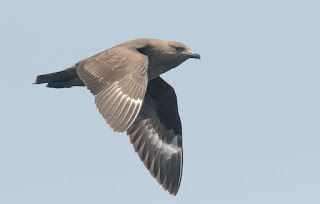 passing by and checking us out before flying directly to the shearwaters and showing us what they do best (see photos below)!  It was impressive!  Just moments later, Brian shouted out that there was a white bird circling above a ship ahead - as it flew in, excitement soared to find it was a first summer Arctic Tern! Photo by Brian Patteson 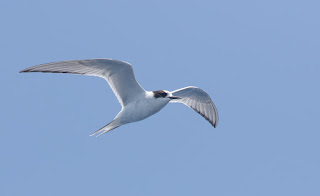 Followed by another!  I put out a little extra chum and one of them flew right overhead to check it out.  Three new species for the weekend today, and we even found a lost Brown Pelican out there 28 miles from the inlet!  That brought us up to fifteen pelagic species for this two day set - pretty lucky for one Big Year birder who happened to be on the boat for both days!!  Good luck Yve Morrell, we enjoyed your company!

Thanks to everyone who joined us for these trips and a big thanks to Ned Brinkley & Sea McKeon for helping to lead both trips along with our young leaders, Chloe Walker and Sage Church!  Everyone worked together to make this an amazing set!  Crazy to think that the Swinhoe's was a bird that three of us aboard had seen before... 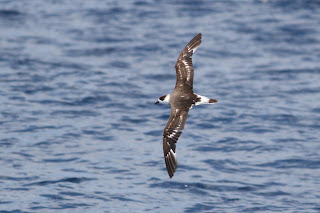 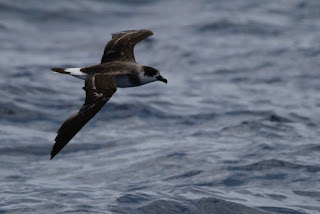 Another nice Great Shearwater capture from the stern (Sea McKeon) 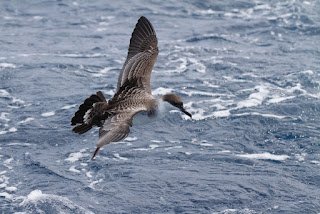 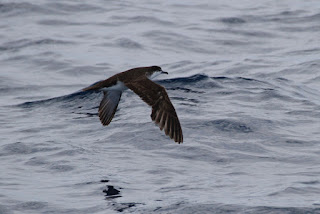 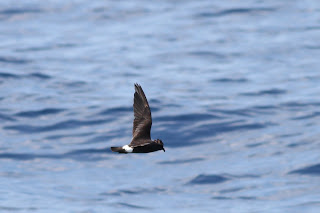 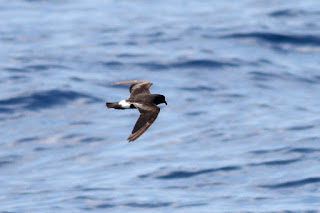 The Bridled Tern that was attracted to the tropicbird kite! (Kate Sutherland) 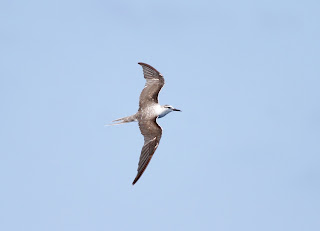 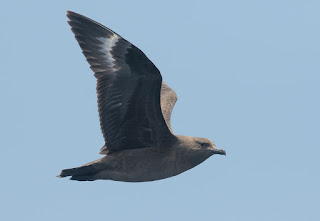 & a few shots of the distant shearwater chase!  top by Sea McKeon and bottom photo of the skua turning back on the Cory's by Kate Sutherland 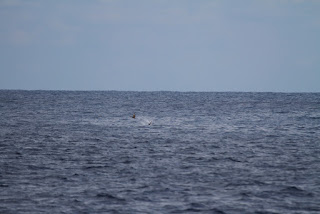 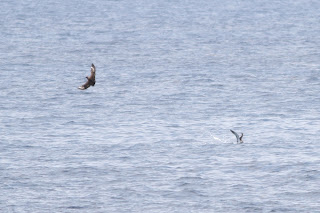 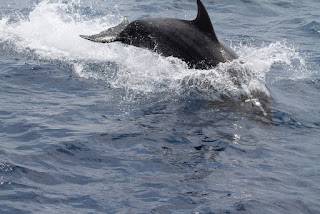 Posted by Kate Sutherland at 11:02 PM