We were glad to be heading offshore this morning after yesterday and though the forecast was for high winds in the afternoon, it was blowing just 10 from the south to begin the day.  Birds were scarce today compared to Wednesday, but perhaps some of them just got blown out with yesterday's storms.  We did have an excellent look at a Cory's Shearwater that flew around the boat on the way out, and while Black-capped Petrels did not initially respond well to the chum, we had good views of them as the day progressed.  By 0900 the winds had picked up to about 20 from the west southwest, and we had the first Band-rumped Storm-Petrel of the day in the slick.  It was a molting individual that made many close passes by the boat for all aboard to see!   Even though we took the time to drift a bit in the morning, numbers of birds were still low.

Around noon, there were clouds on the horizon ahead holding the promise of more wind.  Band-rumped Storm-Petrels made a fair showing in the morning, but the wind really helped get the birds moving and we soon had our first Sooty Shearwaters in the slick alongside a few Cory's and Black-cappeds.  Just before 1pm the first Great Shearwater of the season flew in, soon to be joined by another hungry individual.  They behaved as expected, coming in well to the stern and diving for a delicious meal of fish guts, to the delight of our participants!  While we were drifting around with the chum, we were treated to close views of Cory's, Sooty, and Great Shearwaters and even had an Audubon's (scarce today) pop up behind the boat.  This same drift turned up a non-molting Band-rumped Storm-Petrel that stuck around for photos at the same time a first summer Arctic Tern flew in to check out the chum!  Overall it was a great day, with just enough swell to make following the birds a challenge.  As we headed back inshore, the wind really started to blow, and by the time we were about 8 miles from the inlet, it was up to about 40 or so from the northwest...the ride home was a little bumpy.  Hopefully the winds will die down a bit before tomorrow!

Thanks to everyone who came out with us (special thanks to Dick Lura for putting together a group from Milligan College in TN!), and thanks to Dave Shoch & Bob Fogg for helping us lead the trip and contributing their excellent photos for this post!

Loggerhead Turtle  1
(some dolphins were seen, but did not make a good showing, so no numbers or species on them) 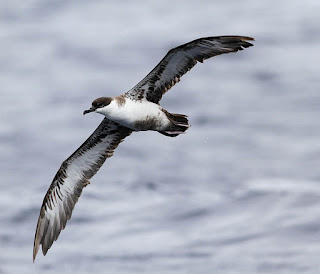 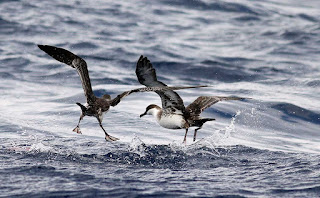 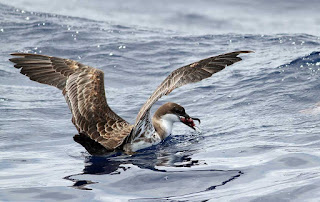 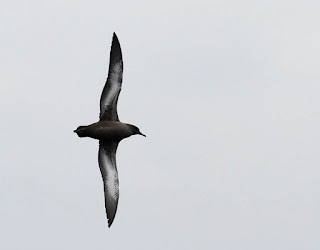 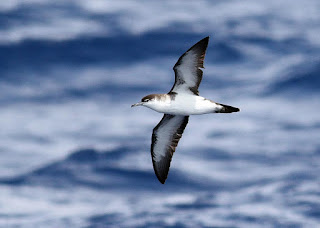 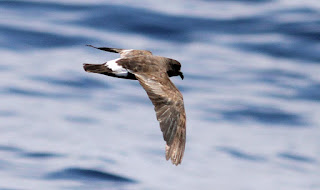 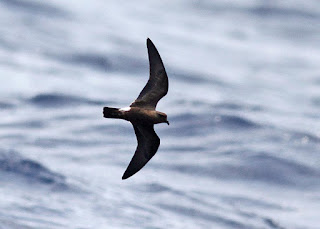 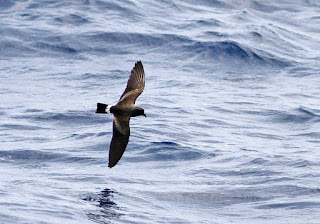 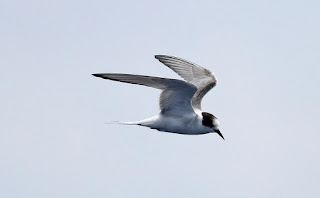 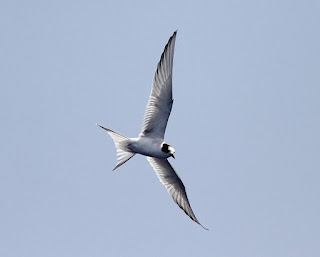 Posted by Kate Sutherland at 8:56 PM