Winds and seas were much calmer today as we headed offshore with the moon and sun both in the sky.  Birds were scarce on the way out, but soon after we slowed around 0800 we had fairly nice looks at some Audubon's Shearwaters on the water and in flight.  Though the wind was light, it was still enough to get some birds flying and Wilson's Storm-Petrels began to gather behind the boat once we started chumming.  A little after 0930 Brian said "check out this bird coming in at 1100!", and sure enough, a light Trindade Petrel came streaking across the bow and over to starboard!  All of us, and there were six of us with headsets..., were humbled, as often happens, by Brian and his ability to spot the bird of the day while maneuvering the boat and calling everything over the loudspeaker, trapped in the wheelhouse.  A Long-tailed Jaeger joined us in the slick just after the Trindade Petrel, and stayed with us for at least an hour making nice passes and feeding.  Band-rumped Storm-Petrels were a bit difficult to come by today and good views were had by those passengers in the right place at the right time!  Wilson's Storm-Petrels, though, were in attendance and made many close passes by the boat.  The afternoon brought us nice looks at a second summer Pomarine Jaeger followed by an adult.  Then a Bridled Tern popped up in the slick and flew in fairly close as we slowed and watched its' approach, and though the light was difficult, most aboard saw the bird well.  As we headed inshore, the wind fell out and we saw some shearwaters in the green, cooler water, but no Manx Shearwater turned up!  Overall a great day to be offshore, and tomorrow promises to be even better...we'll see !

Thanks to all who joined us today and to our leaders:  Steve Howell, Todd McGrath, Dave Shoch, Bob Fogg, and Dave Pereksta. 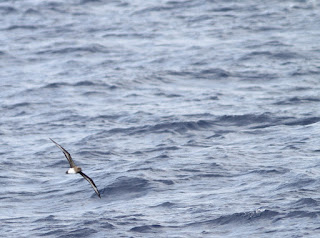 Photo by Capt Brian Patteson of the Trindade Petrel...not bad!! 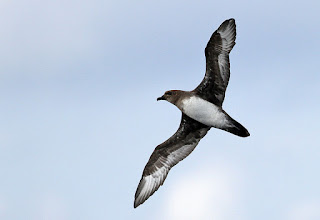 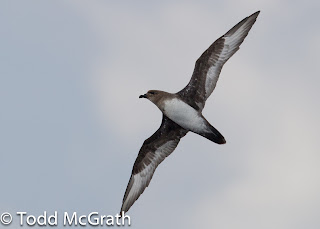 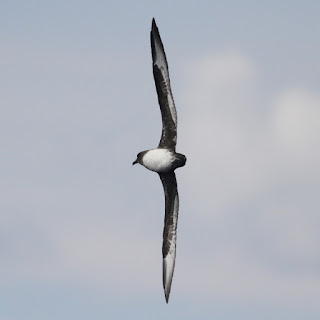 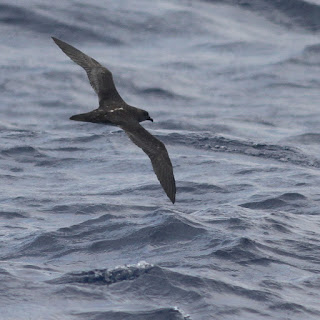 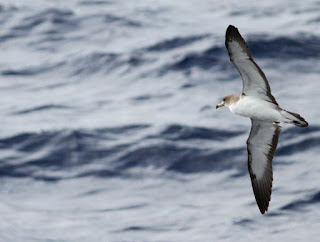 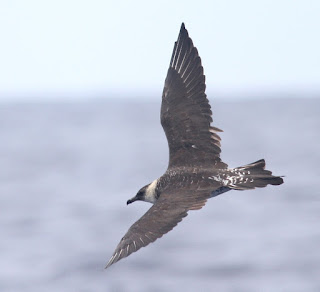 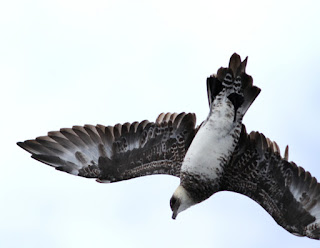 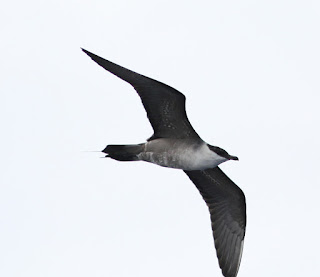 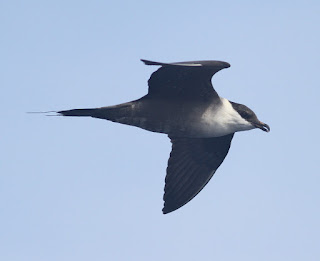 Posted by Kate Sutherland at 9:47 PM