Last week, as we checked the forecast and watched the weather patterns leading up to Saturday, we knew it had potential.  Despite our attempts to entice more birders to join us on what promised to be a day of slight seas, still just eight birders, half from the Carolinas, were behind the Stormy Petrel II at 0515 Saturday morning.

The first rays of sunshine were reflected on the calm, rippling surface as we headed offshore.  Winds were still very light from the east and were forecast to shift to the south and pick up before the day ended.  The sky was mostly cloudy and as we headed south southeast it was clear there were some storms offshore!  Just after 0600 a Parasitic Jaeger flew by the boat, pausing ahead to "engage" a tern in an aerial display.  Common Loons were seen swimming and diving on the way out, and one, young Northern Gannet flew by behind us.  0800 found us looking at the Gulf Stream edge ahead, and we slowed down as we crossed the 7 degree temperature break, entering the current - today moving swiftly to the northeast.  A couple of Laughing Gulls were on the change, but no terns, and in short order we had added Cory's, Sooty, and Audubon's Shearwaters to the day's list.

The first Black-capped Petrels were seen just after 0915 and while we were watching them, a dark Trindade Petrel streaked by towards the glare, upwind of the chum.  Even though Brian turned the boat and tried to entice the bird to make a closer pass, it continued on its' way.  A handful of Wilson's Storm-Petrels began to gather in our fish oil slick, and at quarter to ten a Fea's Petrel popped up just off the port side whizzing by close enough for everyone to see, but not lingering!

Energy was high as the novices aboard excitedly studied the Black-capped Petrels - having now seen three species of gadfly petrel - and we continued scanning for something new.  Over the next hour we saw two Leach's Storm-Petrels and soon after 1100 we were showing passengers the first Band-rumped Storm-Petrel of the season!  Most of the activity we found was around 500 fathoms so we focused our energy there.  A couple more Band-rumpeds turned up in the slick, most showing wing molt consistent with Grant's, plus one smaller, non-molting individual was seen, though it eluded our cameras!  Before 1pm, with my gloved hands full of frozen chum, another Fea's Petrel flew right in toward the stern of the boat!  Nate Dias alerted everyone and we all had excellent, close views as the bird darted around in the slick and then flew off!

Two Pomarine Jaegers were seen in the afternoon, one flew by, but the other stayed in the slick harrasing Wilson's Storm-Petrels for over 30 minutes!  At 3 we pulled in the fish oil and picked up speed to head back to Hatteras Inlet, but there was still more to see!  We rounded the trip off with a nice flock of Red-necked Phalaropes inshore, plus many non-avian species that we slowed to check out in the cooler, green water.

We would like to thank everyone who joined us for the excellent day offshore Saturday!  Thanks to Nate Dias and Jeff Lemons for allowing us to use some of their photos, the remainder were taken by Kate Sutherland. 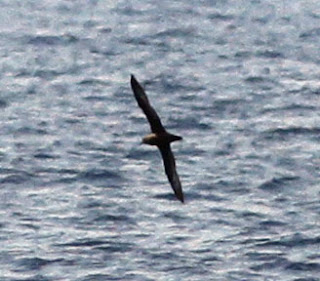 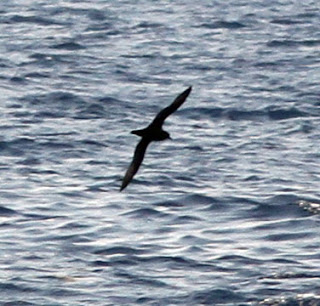 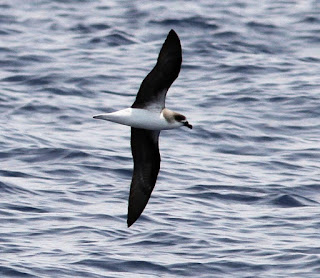 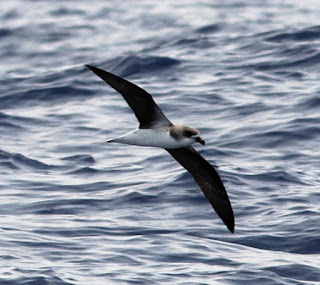 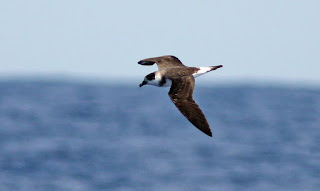 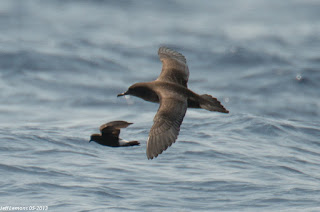 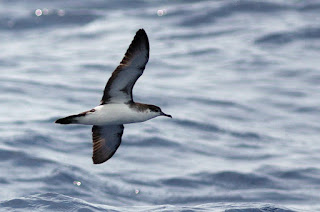 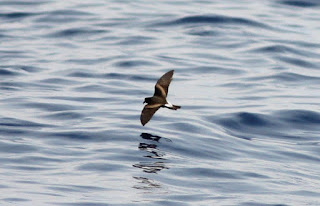 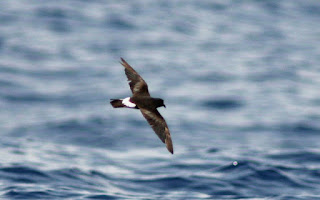 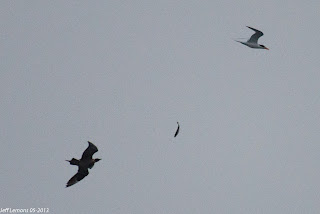 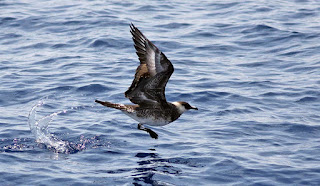 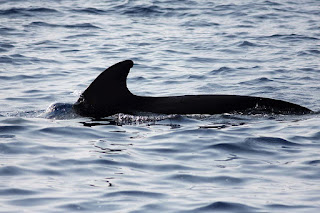 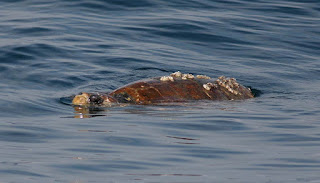