The morning was a little breezy with squalls and rain ahead as we headed offshore for Day 1 of the Spring Blitz.  Sooty Shearwaters were seen soon after crossing the Hatteras bar, and we even had a distant look at a Cory's Shearwater just after 7am!  Then, one of the passengers made their way forward from the stern to let us know up front that there was a white bird flying behind the boat...yes - a young Red-billed Tropicbird flew in and around us just after we crossed a little temperature break!  Everyone aboard had excellent views and it was just 0802 when we finished and picked up speed with a full rainbow on the starboard side.

We slowed down and started chumming at 0820, a couple of Audubon's Shearwaters darted across the bow and more Cory's were showing up.  Just before 0900, another Red-billed Tropicbird seemingly dropped from the sky and was hovering above us!  It called, and gave us a quick look before heading off again into the clouds.  As far as we could tell, it was a different individual with more color in the bill than the first.  Exciting to have two tropicbirds in just an hour!  After 0900, Black-capped Petrels began to appear in the slick with just a handful of Wilson's Storm-Petrels (the only storm-petrel species of the day);  a nice, attentive Pomarine Jaeger showed up as well followed by a Long-tailed Jaeger.  There were still squalls on the horizon, and we did run through a little rain, but the birds stayed with us and we headed to deeper water in about 4 kts of Gulf Stream current!  We had excellent looks at Black-capped Petrels, Cory's & Sooty Shearwaters, and Wilson's Storm-Petrels, but the Audubon's were really moving with the wind blowing like it was, so, as can sometimes be the case, a good view was challenging!

A first summer Arctic Tern flew by just before it was time to head back inshore, and there were Wilson's Storm-Petrels and Black-capped Petrels still in our slick when we pulled in the fish oil to start on our way.  The wind was still blowing from the south at about 25 or so, quite like it had done most of the day, so the ride home was a little bumpy.  Brian spotted a tern in the glare around 1500, and it turned out to be a young Bridled Tern!  He adeptly maneuvered the boat so that the tern was in the best light possible for everyone to see.  Shortly after we were again underway, a huge Leatherback Turtle was seen ahead.  It stayed on the surface just long enough for most passengers to get a look at this amazing turtle before it sounded.  Overall, an enjoyable, if windy, day offshore! 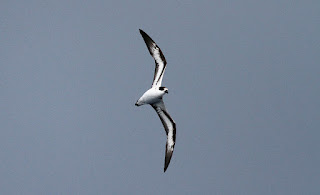 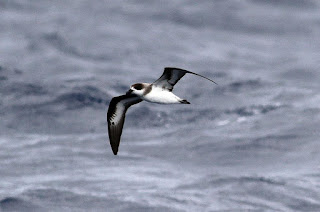 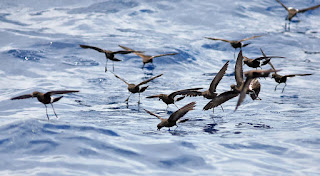 Brian's artistic take on the Red-billed Tropicbird!  (His camera settings were off!) 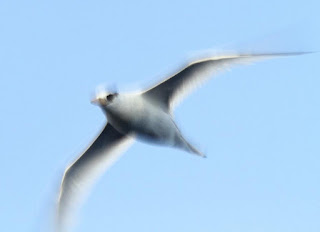 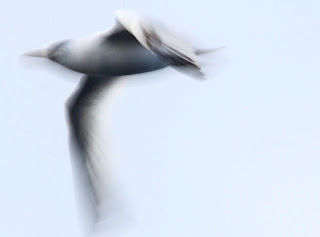 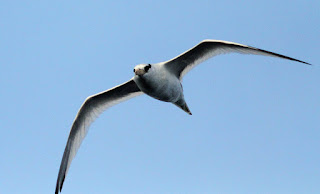 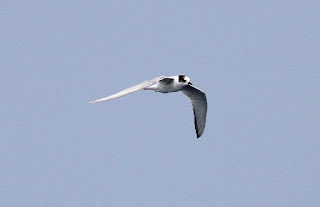 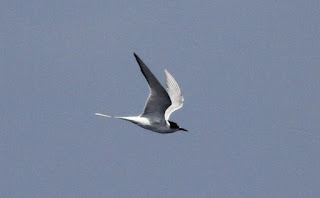 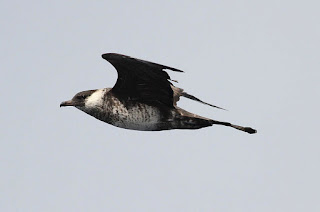