Today was our first trip with a full boat but conditions made it seem like we had less people aboard, it was quite calm and most everyone spent the day outside comfortably spread around deck!  Winds were light from the east and our thoughts were on what might come with such a wind, since most of our scent was blowing inshore.  Cory's Shearwaters were around in higher numbers than they have been, but it was tough to get a good look at an Audubon's and Sooties were few, though we had one make a nice pass on the way in.  The stars of the day were the large storm-petrels!  Leach's came in on the east wind and they made many close passes by the boat, plus Band-rumpeds made a much better showing than yesterday!  We had excellent views of Black-capped Petrels flying, but even better looks at them on the water.  Wilson's were present, but their numbers were quite low compared with days past.  Pilot Whales and Bottlenose Dolphins both came in well for great looks and we even had a large Loggerhead Turtle in the morning.  Tomorrow will be even calmer, so perhaps we will head out to the mega-deep and see what we can find!

Thanks to everyone who joined us and to our leaders for the day:  Steve Howell, Todd McGrath, Dave Shoch, Bob Fogg, and Dave Pereksta! 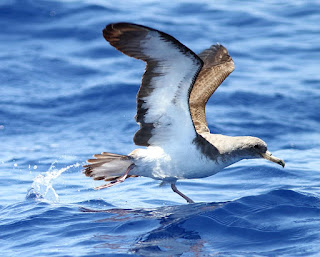 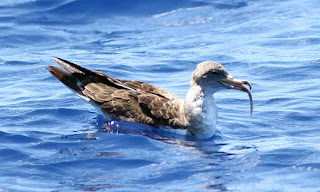 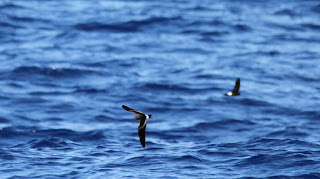 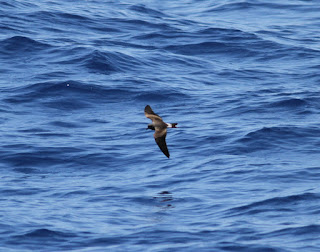 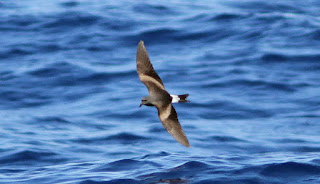 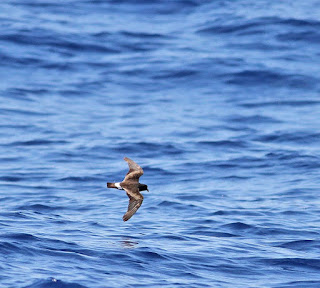 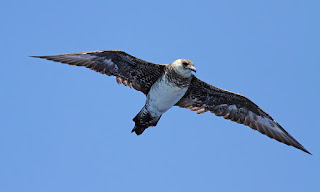 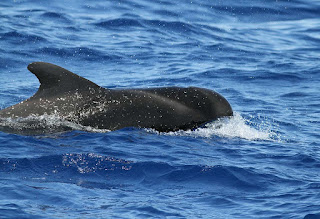 Posted by Kate Sutherland at 8:18 PM