Black-capped Petrels in their element: 7 June 2015 by Steve NG Howell

Another great day offshore, and one filled with birds. But it was windy, with 20-25 knots out of the northeast against the Gulf Stream, and the seas were spectacular at times, with translucent sapphire bands below the white caps of the biggest waves. Even so, the Stormy Petrel 2 rode the swells easily and we spent a fair amount of time drifting comfortably at slicks as Black-capped Petrels wheeled around, in their element – wind. About a third of the Black-caps today were dark-faced types, and two-thirds white-faced. The white-faced birds were in obvious wing molt, whereas the dark-faced birds were not yet molting (see blog post from 5 June). At times they fed almost at arm’s length, pattering like storm-petrels just off the back of the boat!
Among the constant flock of Wilson’s Storm-Petrels, several Band-rumped and Leach’s Storm-Petrels gave repeated good views. As is typical, most Band-rumps were winter-breeding Grant’s types, but there was at least one full-winged bird, likely a Madeiran type. We also enjoyed good views of 2nd-summer Arctic and Common Terns, a stunning adult Pomarine Jaeger, and a challenging 1st-summer Parasitic Jaeger.

Also memorable were the large shearwaters. We found one feeding flock on our way offshore, and another couple of flocks offshore and on the return. Add to this the near constant Great Shearwaters following us (with numerous juveniles now in evidence, unlike only a few days ago), along with Cory’s and Scopoli’s Shearwaters often behind the boat, and it was one of the best opportunities one could wish for to repeatedly compare these species. We also saw a few Audubon’s Shearwaters and some nice flyingfish, but the high swells were not conducive to seeing any marine mammals.

Today is the culmination of 18 days offshore for Brian & me (out of 19).  Thanks to Steve & Judith for joining us today and a big thanks to Steve Howell & Nick Bonomo for helping us lead the trip & for contributing their photos for the blog!  Thanks again to Steve for composing our posts for the past many days!  -Kate 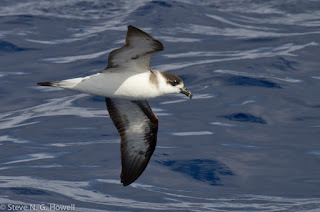 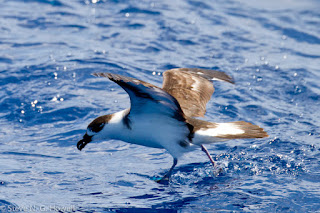 Same individual as above, in flight 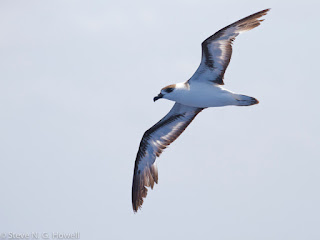 The same white-faced Black-capped Petrel that was actively feeding in the slick, two images by Nick Bonomo 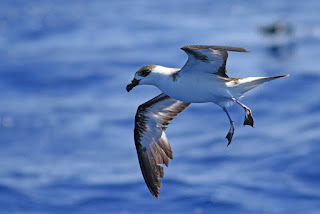 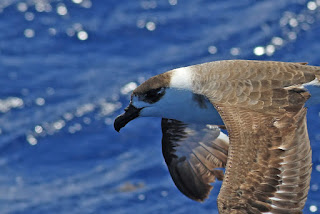 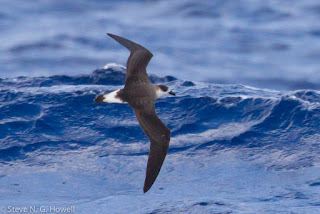 One of a few shearwater flocks we encountered today! 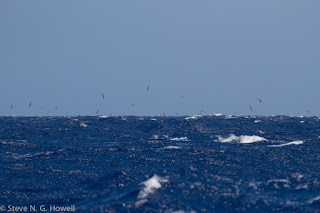 Audubon's Shearwaters were tough to get a good look at in the large seas today. 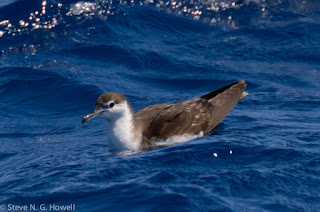 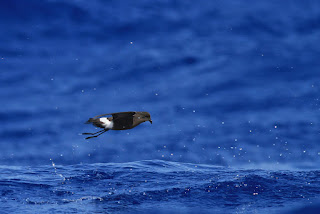 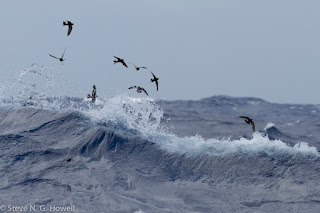 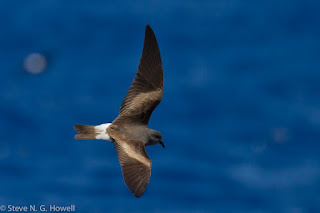 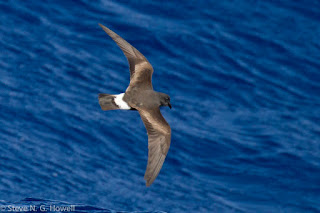 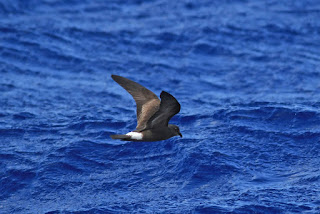 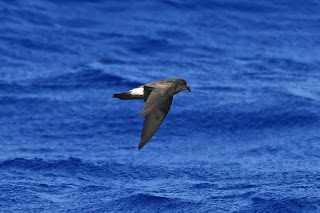 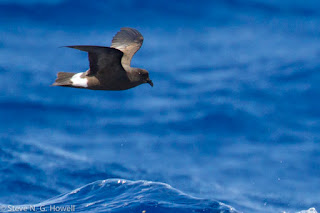 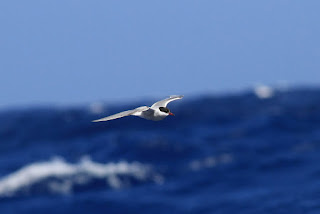 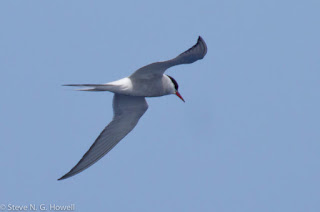 Pomarine Jaeger that was at one of the shearwater flocks this afternoon! 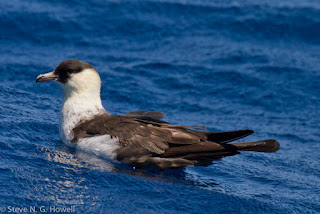 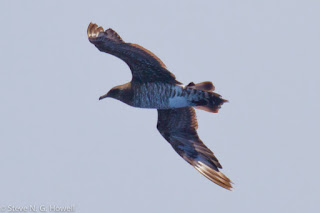 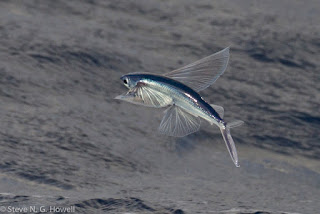