Last week, in the hot calm conditions, several people opined that we needed some wind, even though we saw plenty of birds back then. Well, today we got some wind – 15 knots or so from the north, blowing against cross swells and the northward-flowing Gulf Stream made for a choppy, white-cap day. Viewing conditions were challenging, with birds getting lost in the troughs, but there was plenty to watch, and fewer birds meant we could study what we saw.
We enjoyed some great looks at Black-capped Petrels, including at least two dark-faced types, our first of the season and likely a different species from the white-faced type that predominates here in spring. (Later in summer, the black-faced types predominate, and they differ in their molt timing from the white-faced birds, indicating a different breeding season). We also had excellent comparisons of Great and Cory’s Shearwaters behind the boat for a long time. Moreover, we had a chance to compare the two ‘subspecies’ (= species) of Cory’s, when a Scopoli’s Shearwater (the Mediterranean-breeding taxon) joined 2 ‘regular’ (= Atlantic-breeding) Cory’s and 2 Greats for over 30 minutes.
Careful observation of the Great Shearwaters revealed a recently fledged juvenile, our first of the season; most other birds have been 2-year olds completing wing molt, plus a few 3rd-years, with very worn wings just starting molt. (The adult Greats bypass us here, heading to molt in waters off New England and Atlantic Canada.) Wilson’s Storm-Petrels were with us almost continually, and several molting Band-rumped Storm-Petrels showed well, being of the winter-breeding population (= cryptic species) known as Grant’s Storm-Petrel.

A nice selection of flyingfish and some bow-riding Bottlenose Dolphins rounded out another fine day at sea off Hatteras.

Thank you to everyone who joined us offshore today and to Jamie Cameron, Steve NG Howell, and Nick Bonomo for helping to lead the trip!  Thanks to Steve for composing the blog post and contributing photos for today! -Kate 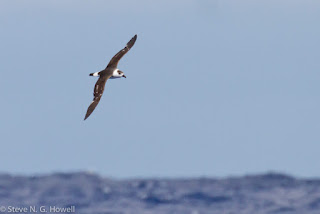 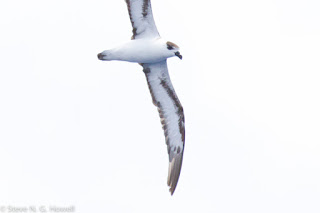 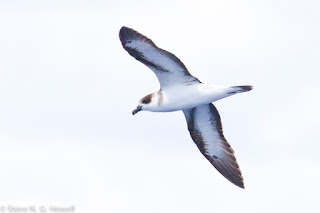 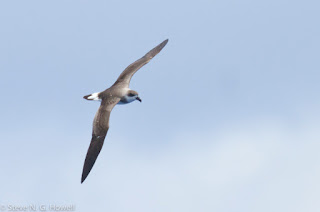 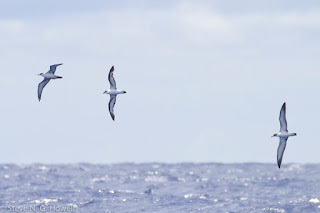 Cory’s Shearwater, the ‘regular’ type; note the dark ‘hand’ to the underwing 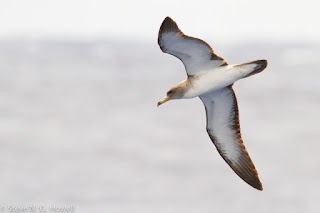 Scopoli’s Shearwater, smaller, slighter, and narrower-winged than Cory’s, with white fingers in the hand 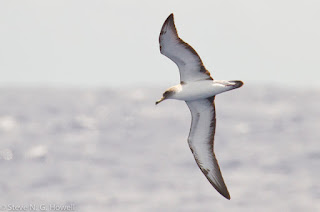 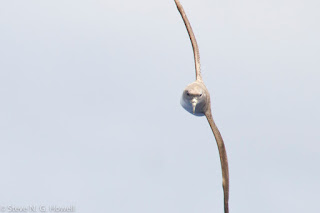 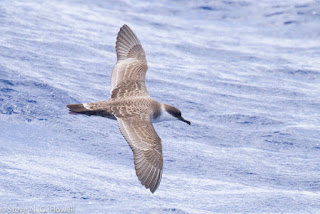 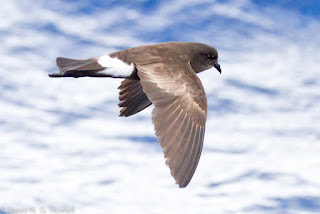 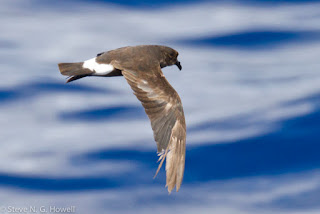 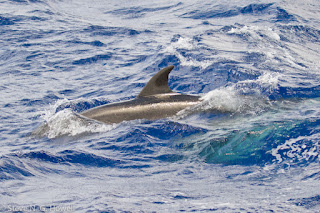 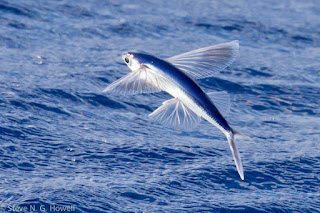