Brian made the decision to switch this weekend's trips to the "big" boat (Stormy Petrel II) midweek, yes, the forecast was that bad!  But we were able to add a couple more participants to our Discovery trip group from Michigan, so it worked out well!  Friday morning there was a line of storms to the north of us that looked quite menacing and seemed to be moving to the south.  After a short delay to check the radar and talk to some other captains, Brian decided to head out there and we left the dock right around 0600.  There was rain, wind, and lightning, but the first Black-capped Petrel of the day flew by the boat before we had a close look at a Cory's Shearwater, and in only 150 feet of water!  We ran out a little farther before slowing around 0900.  The wind was brisk from the north east and a few Black-capped Petrels looked hungry in the slick, so we decided to drift a bit (photo by Brian Patteson). 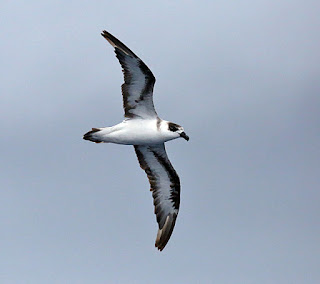 The "confused" sea (meaning the waves were from multiple directions) made it a little uncomfortable on the drift, but the birds were amazing!  We had our first Band-rumped Storm-Petrel 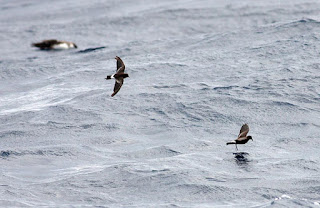 come in fairly close on the slick with the Wilson's (BRSP on the right, photo by Kate Sutherland), and even a Leach's Storm-Petrel showed up!  The Black-cappeds were joined by some Great Shearwaters feeding on chum and a Cory's Shearwater flew closely by the stern.  A Manx Shearwater was glimpsed flying ahead of the boat, but did not return for a close pass, the conditions did not make it easy to get on birds zipping by with the wind.  Fortunately all of our visitors to the slick made nice close passes so everyone could see them well, even without binoculars! (Cory's Shearwater by Kate Sutherland) 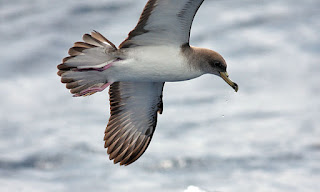 The wind combined with the chum made a very productive and busy slick for most of the day and we had excellent views of the Mediterranean Cory's, also known as Scopoli's Shearwater, plus the Band-rumped Storm-Petrels came in right behind the boat!  Audubon's Shearwaters were not present in large numbers, but we had some nice looks at them flying by - not the best day for spotting them on the water!  The bird of the day was a sharp looking Sooty Tern that flew right to the boat and around before moving on.  This was the first Sooty Tern of the year for us, summer is almost here offshore!

Thanks to everyone who came out with us and made the trip possible, we had another trip scheduled for Saturday, but thunderstorms offshore right where we needed to go caused us to cancel it, even for the "big" boat! 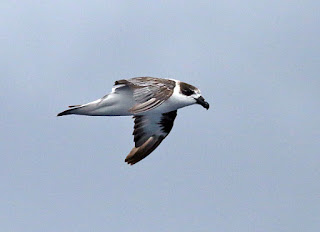 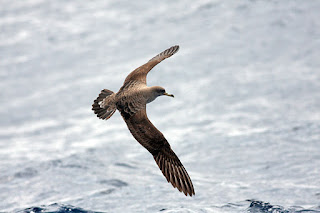 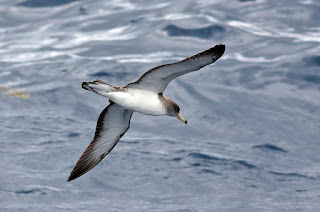 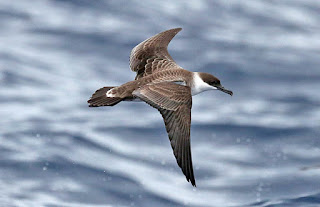 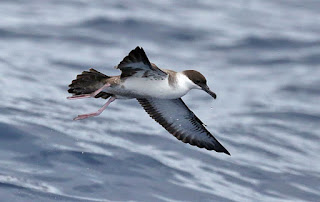 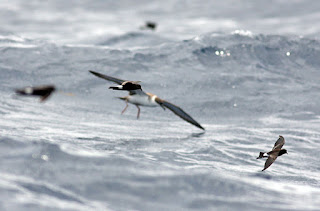 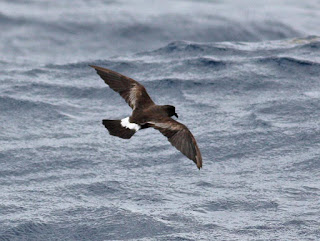