Today’s seas offshore were less confused than yesterday, although it was still somewhat choppy, with a northerly wind pushing against the northward-flowing Gulf Stream. We found feeding flocks of shearwaters on our way out and back, including excellent views of Cory’s and Great, along with some nice Audubon’s and a few terns. Out in the Gulf Stream we had a steady following of Wilson’s Storm-Petrels, among which a number of Band-rumped and a few worn-plumaged 1st-summer Leach’s Storm-Petrels made appearances. The Band-rumpeds were mainly winter-breeding Grant’s types in wing molt, but there was also one fresh-plumaged, presumed summer-breeding adult, perhaps a Madeiran type. As with yesterday, Scopoli’s Shearwaters showed well behind the boat along with ‘typical’ Cory’s and several Greats. Black-capped Petrels put in regular appearances, with an increased proportion of black-faced types (see yesterday’s post) and numerous nice passes at the stern. Some Bottlenose Dolphins row the bow for a while, and on the return journey flyingfish showed well, mainly Atlantic Patchwings and Oddspot Midgets.
The day’s highlight, however, was shortly after 9.15, when a dark morph Trinidade Petrel made a close pass of the bow, showing well for all on board! This scarce petrel breeds on islets off Brazil and is a rare but regular (= annual) visitor to Gulf stream waters off Hatteras. The name is also spelled Trindade, and this was formerly considered a subspecies of Herald Petrel – talk about confusing, and don’t ask us how to pronounce it!

Thank you to everyone who joined us today and to Jamie Cameron, Steve NG Howell, and Nick Bonomo for helping to lead the trip today!  -Kate 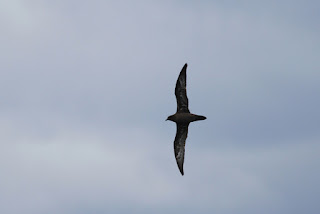 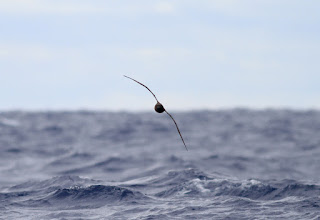 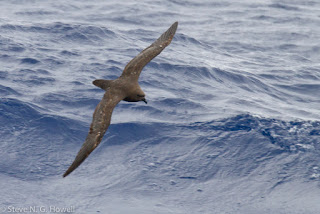 Arcing on the horizon... 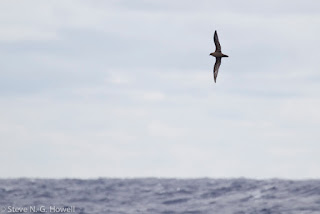 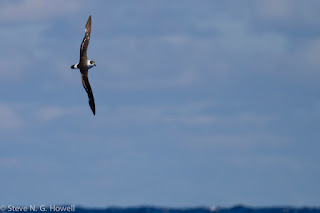 Another Black-capped photo by Nick Bonomo 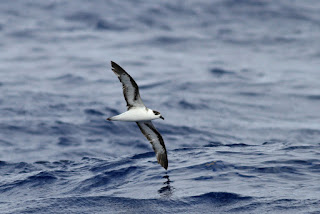 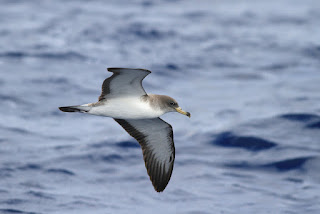 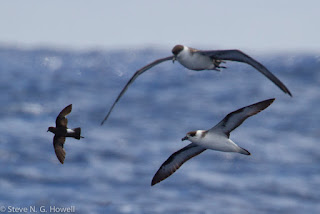 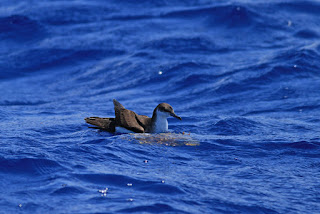 Two more photos of Audubon's Shearwater, it was nice to have some cooperative individuals! 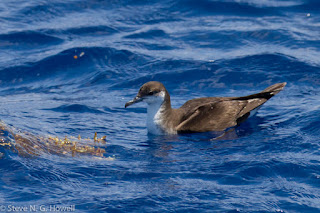 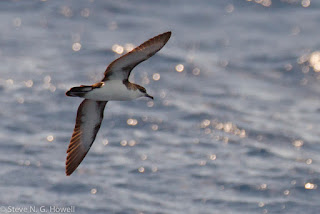 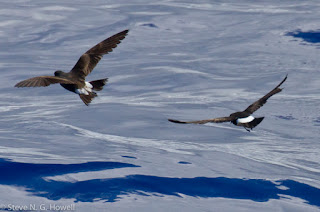 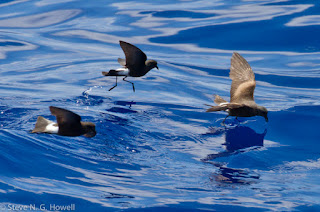 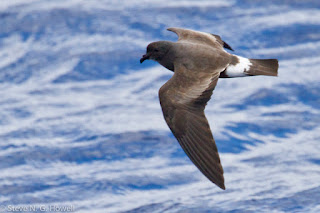 Another image by Nick Bonomo 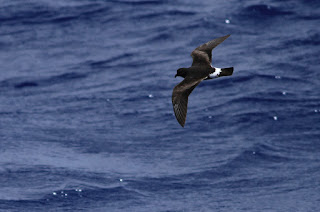 Posted by Kate Sutherland at 9:12 PM