It was a calm ride to the edge of the shelf this morning with some nice cloud cover - a few looked threatening, but all we saw was a little rain!  Once again, not much flying on the way out there...  The current edge was inshore of the shelf break again, but when we got out to just over 100 fathoms there was wind!!  So we started chumming and had our first Black-capped Petrel of the day right off the bat, 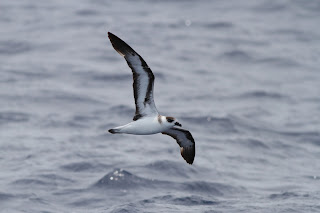 followed by four Band-rumped Storm-Petrels before 0930!  Not much wind was in the forecast so we were quite excited to find it blowing 15 to 20 from the south, and while the conditions were a little bumpy in the shallower water just offshore of the shelf, it smoothed out as we moved into deeper water.  We made it out over 1000 fathoms before the day was over and had excellent action in the slick with twice the number of Wilson's we saw yesterday and very attentive Band-rumpeds once again!  (Photo below is of a Band-rumped Storm-Petrel, you can really see the short legs!) 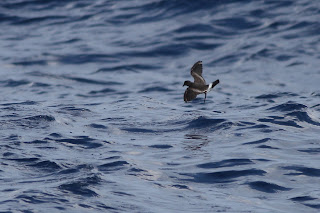 The Black-cappeds were hungry and followed us with ease, showing off their dynamic flight style next to the more leisurely paced Cory's & Great Shearwaters.  Audubon's were again not the easiest to see with the waves and wind, but we did have some close passes by these small black & white shearwaters.  Our surprise visitor today, and new species for the weekend (not to mention the summer...) was Leach's Storm-Petrel! 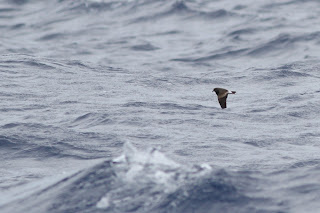 This large storm-petrel is not easily found here in the summer months, but is always a possibility.  We were lucky that this first individual made a close pass by the stern, then we had some excellent views of another later - and perhaps there were more, but I never saw more than one at a time.  It was another excellent day offshore with our Gulf Stream specialties the Black-cappeds & Band-rumpeds - perhaps in a couple weeks there will be more sargassum around to hold the Audubon's Shearwaters.  And tropical terns should be putting in an appearance here soon!  We have space on the rest of our trips this summer, so let us know if you'd like to join us:  http://www.patteson.com/schedule/gulf-stream-trips/

Thank you again to Ryan Sanderson for all of his work to organize a trip for Indiana birders, and thank you to everyone who joined us today!  All photos are by me again today, though I might not have spent sufficient time taking them!

A couple more Black-capped Petrel images.  The top individual shows a very pale back and an interesting spot on the upper mandible.  Most of the dark faced birds we saw today were molting like these. 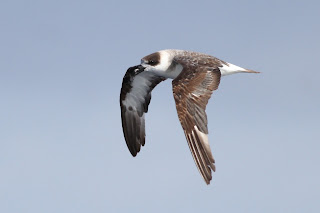 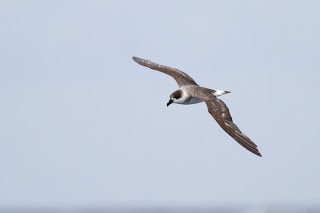 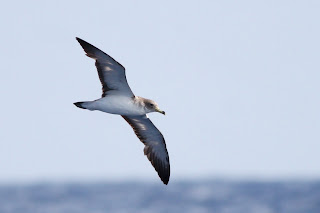 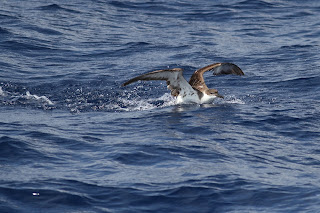 & in flight - you can clearly see the mottled underwing and the dark patch on the belly!  Compare to the clean white underparts of the Cory's Shearwater above. 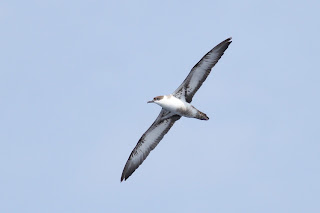 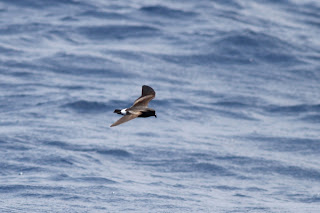 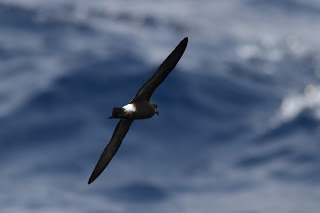 Posted by Kate Sutherland at 10:28 PM