Winds were west south west this morning as we left Hatteras Village behind and headed offshore (sunrise by Kate Sutherland). 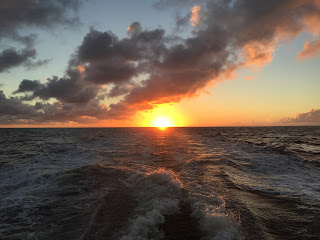 It was breezier than yesterday so we were hopeful that some birds would be flying...but instead we found some blended, greenish blue water offshore of the shelf.  We started chumming in about 100 fathoms, but did not see even a Wilson's Storm-Petrel for awhile.  At times when the wind is more westerly, combined with a long period of high pressure, things offshore can get a little stagnant - and that is more or less what we found out there today.   We were able to find some birds though, and ended up adding a couple of species to the weekend's list, plus had awesome views of all of them!  Black-capped Petrels and Band-rumpeds were not as attentive as they were yesterday, but they were out there and we had some nice passes by both - though the Band-rumped was a bit fleeting...! (photo by Kate Sutherland) 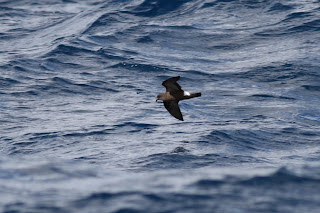 Cory's and Audubon's Shearwaters both made some close passes, but we were unable to turn up a Great Shearwater today.  Sooty Terns were a highlight with one making some really nice passes by the boat! (photo by Lucas Bobay) 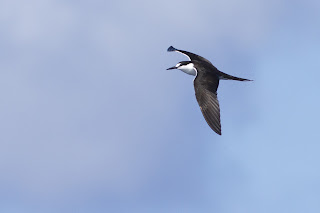 Plus we were able to find three more Bridled Terns, and some adults in contrast to yesterday's young individual.  The second new species for the weekend was Red-necked Phalarope!  We encountered a small flock on our way in that landed on the water and then allowed us to approach quite closely for some awesome photo ops (photo by Lucas Bobay). 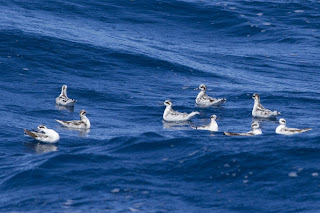 The deep was another story.  Today we went out farther than yesterday because of that blended water and we wanted to see what we could find.  Out in over 8,000 feet of water, the Gulf Stream was deep blue, highlighted with patches of sargassum - a gorgeous sight!  One of the Bridled Terns was perched out here and we had close passes by the Audubon's (photo by Lucas Bobay). 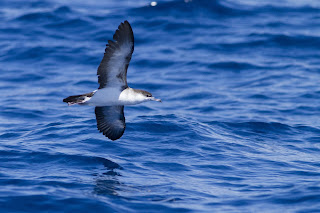 The highlight, though, was a massive Leatherback that swam along just below the surface coming up for a breath a few times as we watched!! (photo by Kate Sutherland) 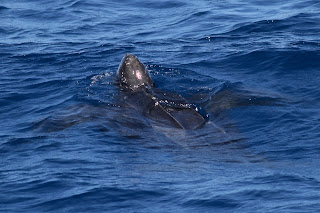 It's not every day that we get to encounter these deep divers and the views were quite satisfying!  I have been waiting all summer to get into patches of sargassum like that so we could dip some to look at - and a quick sample before making the inshore tack turned up some sargassum swimming crabs, both types of shrimp, and six sargassum nudibranchs (photo of one by Kate Sutherland)!! 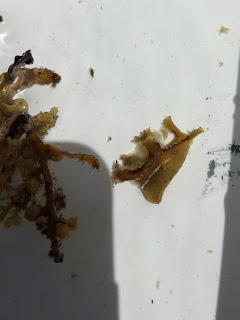 After two days out there, it was very cool to get to show these creatures to our participants!  Overall, we turned a day with some low numbers into an awesome day offshore - though each day in the Gulf Stream is an adventure!

Thank you to everyone who joined us for both trips, and for today - it was so nice to have a full boat for a change!  And thank you to our leaders - Jeff Lemons, Lucas Bobay, and Ed Corey - they did a great job keeping up with the birds and keeping our participants informed!  Thank you again today to Lucas for allowing me to use some of his photos for the post! 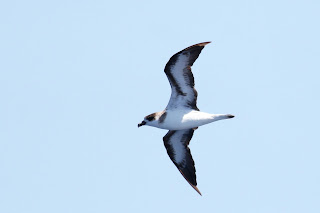 Cory's Shearwater - possibly one of the nominate types (Kate Sutherland) 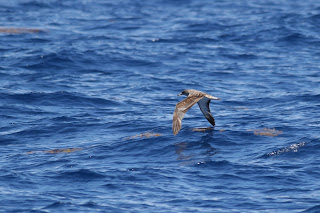 Another view of one of the Sooty Terns (Kate Sutherland) 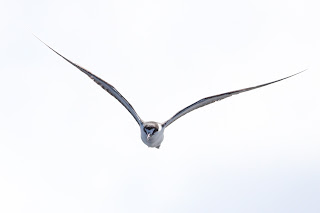 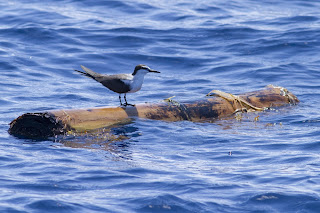 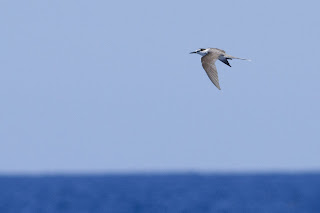 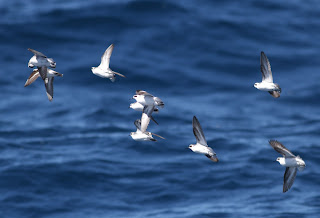 One more photo of the Leatherback Turtle (Kate Sutherland) 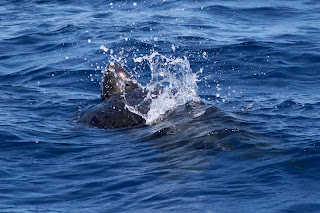 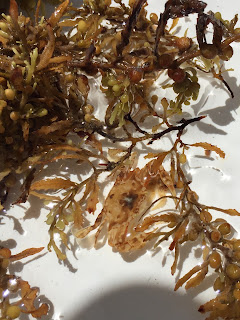 The good thing about the Gulf Stream is that even when birds are scarce, there are always flyingfish to look at!!  Top photo of "Rosy veined Clearwing" which could also be a patchwing, and an interesting smaller flyingfish that looks like some kind of young flyingfish...perhaps a double midnight wing...! 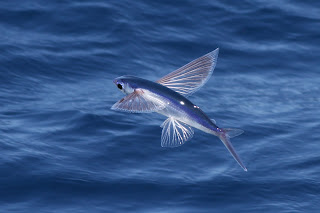 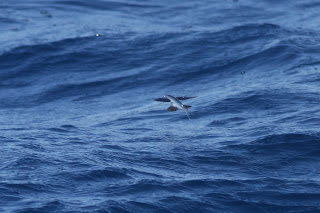