Chilly winds and overcast skies greeted us as we headed to Hatteras Inlet this morning.  The wind blew from the north overnight so the seas were fairly calm in the lee of Cape Hatteras on the way out, then there was a little swell from the north, but it was quite organized.  The warm water was inshore again this morning so the change in air temperature was noticeable when we got close to the shelf break - but we were lucky and there was not much Gulf Stream current to move against the wind, which was not blowing much inshore, but was much more righteous out in the deep!  Right off the bat we had birds, it was an awesome day out there and we commented more than once that it just felt like a Euro kind of day...

The Black-capped Petrels were present and in force!  Scanning at any time of the morning turned up at least 15 to 20 arcing on the skyline.  They were much more attentive to the chum than yesterday and we had some feeding in the slick with the storm-petrels, touching down on the water for pieces of fish!  (Black-capped Petrel by Kate Sutherland) 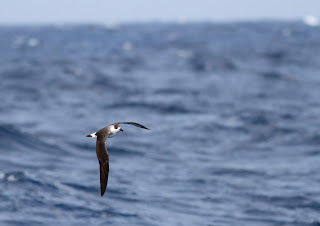 Audubon's and Cory's were once again seen well and we had a Sooty Shearwater in the afternoon, though it just flew by, nothing like our hungry individual from yesterday.  We drifted on a nice slick for over an hour in the morning and pulses of Black-cappeds moved through from down-wind to upwind, easily over 40 individuals!  While I counted about 120-130 over the course of the day, Ned estimated he saw at least about 200 on his vigil in the bow - who knows how many were actually out there?  Certainly more than we have seen in a long time, it was incredible!  The Wilson's easily doubled in number from yesterday and we had over 60 in our flock, more than once! (Wilson's Storm-Petrel by Brian Patteson) 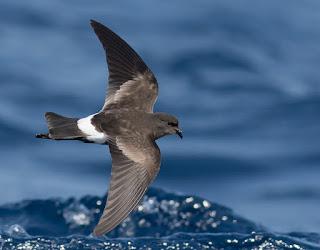 Just after 11, a participant on the top deck spotted some cetaceans.  At the same moment a shark surfaced near the boat, adding a bit of confusion, but then a beaked whale surfaced nearby! Subsequent observations and photos showed these to be  Mesoplodon europaeus! (Photo by Lev Frid) 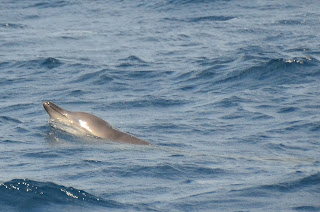 It looked like two adult individuals and some even saw a smaller calf with the pair!  Pretty awesome sighting in the seas we were dealing with today, at one point an animal was surfing down a wave - not something you are treated to everyday out there!  Amazing!  Just a short time later as I was scanning our Wilson's flock, a European Storm-Petrel showed up!  Pandemonium ensued...though our four European customers (3 from Sweden and one from the Netherlands) were not as impressed with the storm-petrel as they were with the M.europaeus!  I am quite certain that everyone aboard had good views of the storm-petrel as it made quite a few passes close by the boat and stuck around long enough to study, and to get some photos, of course! (Photo by Brian Patteson) 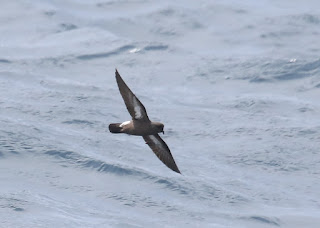 In the meantime, we also were able to turn up a few Red-necked Phalaropes and Bridled Terns, plus we even had a Black-capped Petrel make an appearance in the slick inshore of the shelf break!  What a day!  Tomorrow is shaping up to be a nice day out there as well, but we will see...you just never know what you'll find in the Gulf Stream...

Thank you to everyone who joined us today and a huge thank you to our leaders: Ned Brinkley, Lev Frid, and Ed Corey!  It is always nice when there is a lot to sort through all day, but it is hard work too - so thanks!!  (& thanks to Ned for the post title - good one!)

Another view of the Euro by Lev Frid! 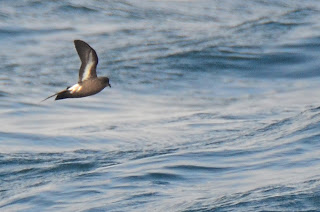 Another Black-capped Petrel by Kate Sutherland 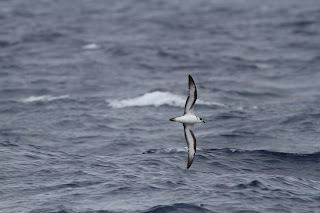 Wilson's Storm-Petrels with some fried chicken left over from someone's lunch!  by Brian Patteson 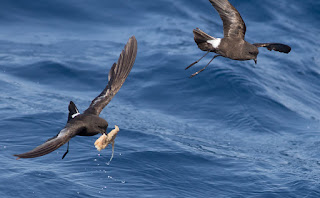 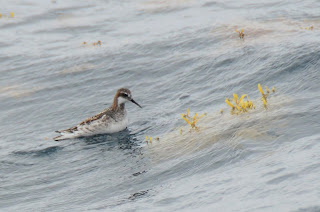 The second Bridled Tern of the day - by Lev Frid 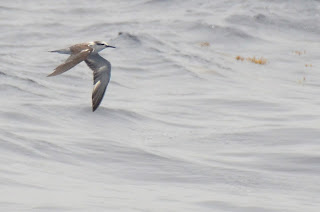 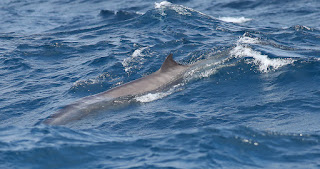 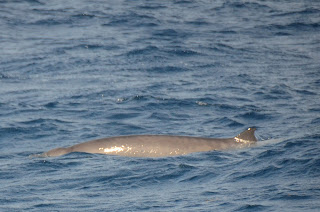 We also had one very cooperative Loggerhead Turtle this morning!  by Lev Frid 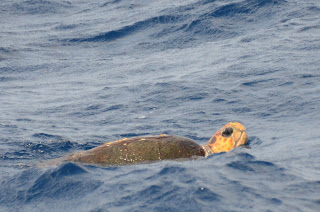 Posted by Kate Sutherland at 10:31 PM