Today’s forecast called for some more wind and seas than we have had so far, but not until at least midday, so it seemed reasonable to run a trip. As it was, there were only about four other boats out from Hatteras fishing the Gulf Stream, so it was a day for the offshore enthusiast. The ride out was a little bumpy, but we took our time and still reached the Gulf Stream in short order. The water was a little greener than usual out in the deep, but there was Sargasso Weed and it did not take long to find some Audubon’s Shearwaters and Bridled Terns. I was able to find some pretty blue water by going a bit farther to the northeast, and there we found a good number of Black-capped Petrels (photo by Kate Sutherland). 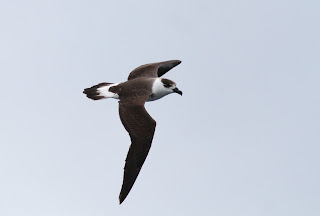 Surprisingly, there were no jaegers to be found. Yesterday we saw three species and had jaegers constantly in view for several hours. Sooty Shearwaters were on the move offshore and we had a few come in and feed close to the boat on our chum, disappearing under the sea for up to half a minute. We had a fair number of Wilson’s Storm-Petrels, but other storm-petrels were tough to find. We did have good looks at a couple of Band-rumps today (photo by Kate Sutherland) and a brief encounter with Leach’s. 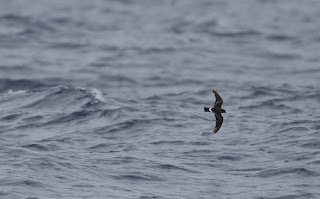 Unlike yesterday, when we made a long drift with the chum, today it was necessary to keep underway working into the current so that we would not end up too far north for the ride in when the southwester came on. The wind really picked up from the south around noon, and when it did, so did the Black-capped Petrels. The Black-caps followed us in to the greener water and before we picked up speed to run in, we had at least 25 in view around the boat!

Although we did not add any bird species to the list for this spring today we did pick up some marine mammals. In addition to Bottlenose Dolphins and Pilot Whales, today we saw a single Risso’s Dolphin offshore and a pod of Atlantic Spotted Dolphin inshore on our way back to the inlet. The Spotted Dolphins put on a good show jumping and bow riding in the building seas this afternoon. I’m not sure if we’ll make it out tomorrow or not, but we’ll take a look at it in the morning and go from there. Thanks today to Kate Sutherland, Lev Frid, and Ed Corey for leading and all of our enthusiastic participants for coming out to sea with us.

Trip list & photos by Kate Sutherland - it was a tough day for photos, but I got some photos of Black-cappeds & Band-rumpeds - two of our warm water specialties!  They were the most cooperative for views today - that makes us happy!

We finally had some close, white-faced Black-cappeds today 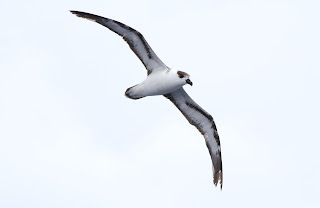 as well as some dark-faced individuals like this one below - nice underwing comparison! 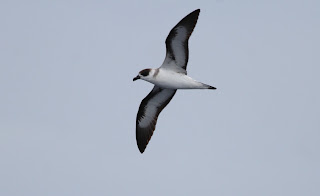 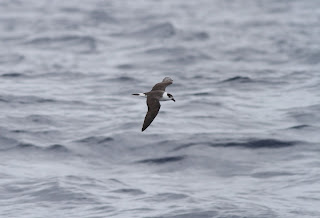 What I would call an intermediate individual 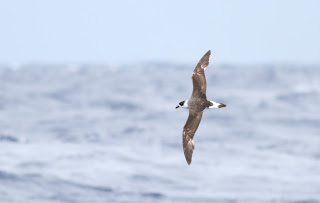 and a dark-faced individual 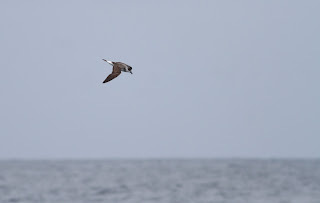 Record shot of our first Band-rumped Storm-Petrel - all of the birds we saw today looked to be the winter breeding type - presumably Grant's. 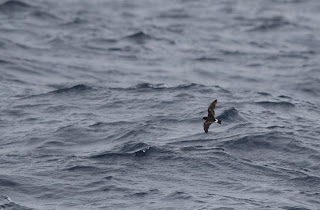 & some images of one of the other birds that flew in behind the boat to feed numerous times! 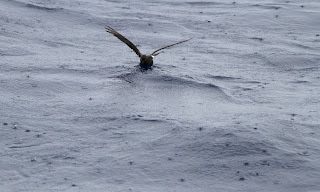 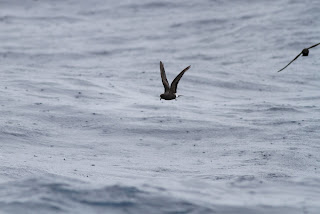 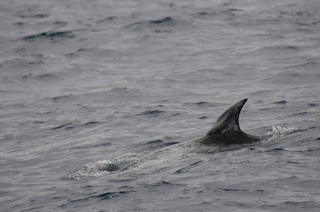 Posted by Kate Sutherland at 10:54 PM